A Rome mother is accused of abandoning her teenage son at Rome Health for more than a week, according to the Rome Police Department. 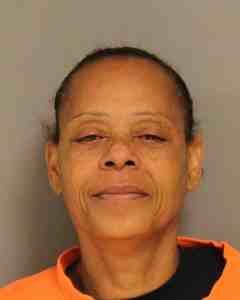 ROME — A Rome mother is accused of abandoning her teenage son at Rome Health for more than a week, according to the Rome Police Department.

Police said a 13-year-old boy was dropped off at Rome Health for a medical issue on Nov. 20, then was discharged that same day. Police said hospital staff got in touch with the boy's mother, 58-year-old Denise Dexter, of Rome, and she told them she was on her way to pick him up.

Dexter never showed and the boy stayed at the hospital for more than a week, police stated. Emergency room staff helped take care of the boy, while all attempts to reach the mother were unsuccessful.

The boy was still at the hospital by Wednesday, Nov. 30, police said.

Dexter was located and charged on Thursday, Dec. 1 with first-degree nonsupport of a child and abandonment of a child, both class E felonies, authorities stated. She is scheduled to appear in Rome City Court.

The boy is no longer at the hospital and is in a safe place, police noted.