A Rome man admitted in County Court on Friday to shooting another man dead at the Red Carpet Inn. Wilfredo Cotto Jr. was part way through a pre-trial hearing when he stopped the testimony to plead … 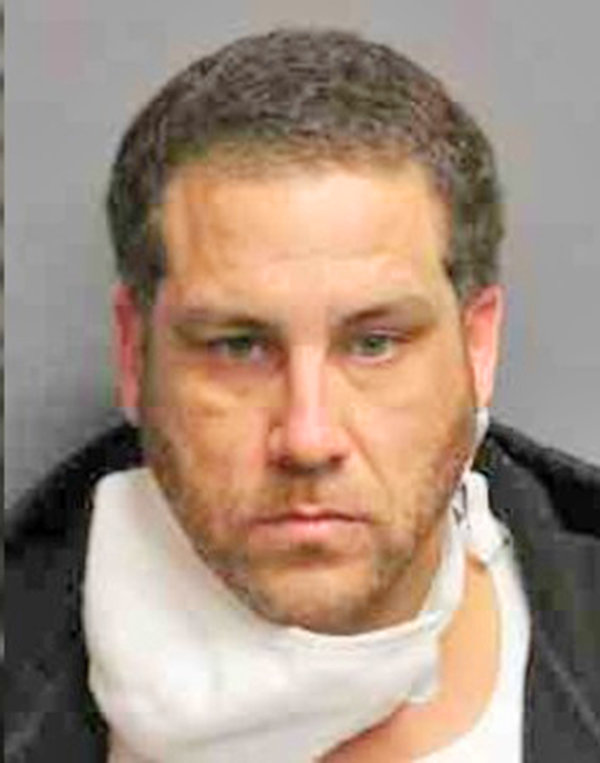 Wilfredo Cotto Jr.
Posted Friday, September 3, 2021 4:09 pm
Sean I. Mills
Staff writer
email / twitter
A Rome man admitted in County Court on Friday to shooting another man dead at the Red Carpet Inn.
Wilfredo Cotto Jr. was part way through a pre-trial hearing when he stopped the testimony to plead guilty. Several state police investigators had already testified that Cotto had confessed to the killing over Facebook Messenger.
Cotto, age 40, pleaded guilty before Judge Robert L. Bauer to one count of second-degree murder and two counts of second-degree possession of a weapon. A separate, unrelated case of fourth-degree grand larceny was included in the plea deal.
Sentencing is scheduled for Nov. 5.
Authorities said Cotto shot and killed 28-year-old Benjamin J. Davis at the Red Carpet Inn on Lawrence Street in Rome at about 12:15 p.m. Nov. 15, 2020. Davis, of Ulster County, was staying at the motel and was shot multiple times in the chest and face, authorities stated. Cotto and another man fled the scene, authorities said.
According to authorities, Davis had traveled to Rome from New York City and was engaged in criminal activity, then boasted about the activity on social media.
At the start of the hearing on Friday, Judge Bauer offered Cotto a range of possible sentences to plead guilty — from a minimum of 20 years to life in state prison to a maximum of 23 years to life in state prison. Cotto rejected this range.
During the hearing, several state police investigators were called to testify about evidence in the shooting. Investigators said that by the day after the shooting, they had security camera footage of the murder from the motel, and at least three law enforcement officers were able to identify Cotto in the footage from past history.
Also on the day after the shooting, investigators said a witness came forward who claimed he had evidence about Cotto on Facebook. This witness was an associate of Cotto’s who told investigators he had previously let Cotto borrow his cell phone, and Cotto had used the Facebook application.
On the day after the shooting, the witness told investigators he had his phone back and opened the Facebook app to see that Cotto was still logged in. This witness read some Facebook Messenger texts between Cotto and another person in which Cotto admitted to the shooting.
“I shot someone,” Inv. Timothy J. Dougherty read from Cotto’s messages.
Dougherty testified that Cotto had sent a news article about the Red Carpet Inn shooting to the other person. Dougherty said Cotto and this other person got into an argument via Facebook about their relationship.
“You’re arguing about a relationship and I’m telling you that I just dropped someone,” Dougherty read from the messages.
After hearing this and other testimony, Cotto and his defense attorney, Kurt Schultz, interrupted the proceeding and offered a possible sentencing range of 18 years to life to 23 years to life. Judge Bauer and Assistant District Attorney Todd Carville accepted this range and Cotto pleaded guilty to killing Davis.
Cotto would have faced a maximum of 25 years to life in prison if he had been convicted at a trial.
Initial reports at the time of the shooting were that a second person was involved alongside Cotto. ADA Carville said on Friday that "his actions were his actions alone" and no other arrests are charges are expected.