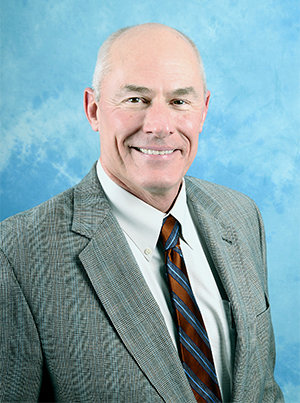 Rome Memorial Hospital President/Chief Executive Officer David Lundquist has informed the Board of Trustees that he will resign his position with the hospital, and his last day will be Friday, the hospital announced today.

Lundquist cited the need to spend more time with his family in Oklahoma and Arkansas as a reason for his resignation. The announcement said he is looking forward to beginning the next phase of his life with his family.

The board respects Lundquist's decision to focus on his family and said it is pleased with what the hospital has accomplished in the last three years, specifically changes in patient care delivery standards and culture, according to the announcement.

"My retirement comes at a time when the hospital is positioned for growth with the addition of several new specialists,” said Lundquist, who has served as hospital CEO since March 2016. “It has been a pleasure to work with a dedicated team of people who are committed to delivering exceptional care for this community.”

The board at an upcoming meeting will initiate the process for the search and hiring of the next president and CEO, the announcement said. In the meantime, Mark Murphy, chief strategy officer at St. Joseph’s Health, has been named interim president and CEO while the search is undertaken.

Rome Memorial Hospital has been an affiliate of St. Joseph’s Health since March 2017.

Lundquist took over at Rome Memorial Hospital for Darlene Burns, who served on an interim basis after the resignation of Basil J. Ariglio.

Prior to coming to Rome, Lundquist served as chief executive officer of hospitals in Oklahoma, New Jersey, and in Kingston, New York, where he navigated three hospitals and two residential centers through an affiliation and system integration.