Two senior students, each from the New York State School for the Deaf and Rome Free Academy, along with an educator each student feels has had the most significant impact on his or her life, received certificates of recognition as part of the Rome College Foundation’s Student/Teacher Achievement Recognition (STAR) program.

Each student also received a $400 grant, made possible by the Rome College Foundation and the Sears Family Foundation.

Students were selected by the administration of each school using the following selection criteria:

One of the top senior students academically;

Participation in school and community activities; and

The award winners from the New York State School for the Deaf were Hunter Ocmand, son of Chad and Maggie Ocmand; and Nathaniel Hoose, son of Paul and Korina Hoose.

Ocmand has been a student at NYSSD since 2011 and is the school’s top performing student academically. He is also a member of several school athletics and clubs. He participates in soccer, basketball, and softball.

He has been a member of the school’s yearbook club and participated in the school’s academic bowl team throughout his time in high school. He is interested majoring in geology, and is interested in attending Mohawk Valley Community College, SUNY ESF, and SUNY Potsdam.

Ocmand chose Kara Adama as his most influential educator. She has worked with a variety of students in several different grade levels, subject areas, and topics at NYSSD.

Hoose has been a student at NYSSD since 2007 and is one of the school’s top performing students academically. He is completing his second year in the culinary arts program at Madison-Oneida BOCES, where he has found his passion and career path going forward. Hoose has participated in NYSSD’s soccer, basketball, and softball teams.

He is a member of the school’s yearbook club and has participated in the school’s academic bowl team. He is planning on attending Mohawk Valley Community College and majoring in culinary arts upon graduation.

Hoose has chosen Jenny Roberts for the educator that has inspired him the most. Roberts is a teaching assistant at NYSSD, who, school officials say, is a positive role model for our students and a strong advocate for the deaf community.

Purrington is among the schools top students and has held a variety of leadership roles for the Class of 2021, its student association, Rotary Interact Club, and Future Business Leaders of America club. She is also the first student representative to sit on the Rome City School District Board of Education as a student member.

Purrington has chosen Christine Scharf as her Most Influential Educator. Scharf, who has been an educator in the Rome City School District for many decades, is teaching a second generation of Romans with as much enthusiasm and dedication as she had for their parents, school officials said.

Desai is also one of the top students at RFA. Academically, Desai challenged herself with the most rigorous course load possible, officials said, while also making sure she set aside time for the arts. Desai has been a class officer throughout her high school years as well as an active volunteer in a host of school and community organizations.

She was also captain of the RFA girls soccer team and recipient of the coach’s award and the Joe Dundon Award. She has also received a host of awards for her participation as a singer and instrumentalist in several RFA musical organizations.

Desai’s most influential educator is John Smales. After college and a short stint as a substitute teacher in 1987, Smales spent a decade working as a full-time musician—finally coming full circle to gain certification and join the RCSD community in 1998.

Although he has experience with all secondary grade levels, he primarily teaches 11th and 12th grade English—including AP Literature and Composition.

The Rome College Foundation is a nonprofit organization founded in 1966 to increase higher educational opportunities in Rome.

It is committed to serving the Rome community’s needs by promoting and enhancing improved higher educational opportunities for local students and investing in our future workforce.

It is located at the Rome Area Chamber of Commerce and is managed by a Board of Trustees representing local businesses, industries, professions, academic institutions and the general public. 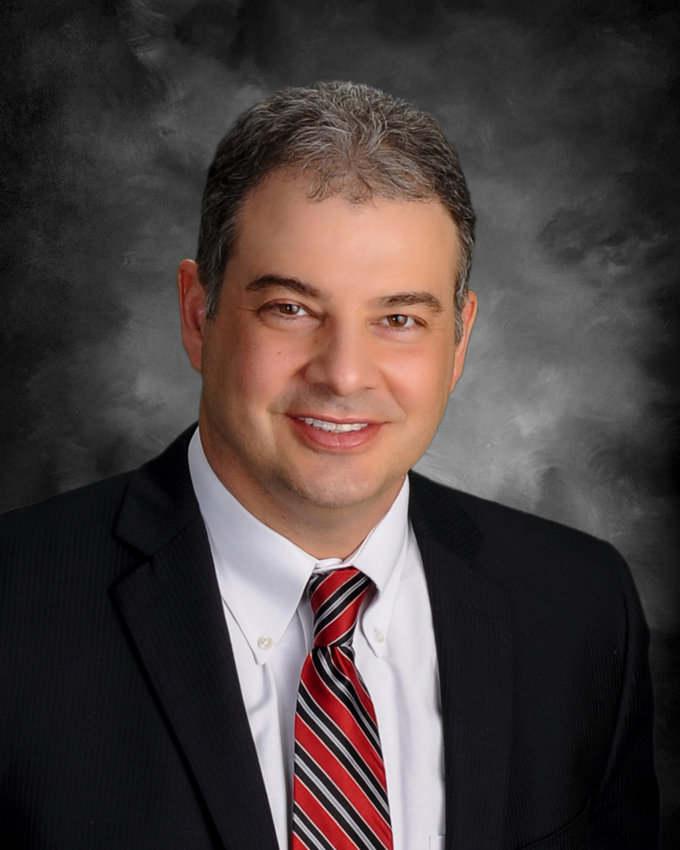