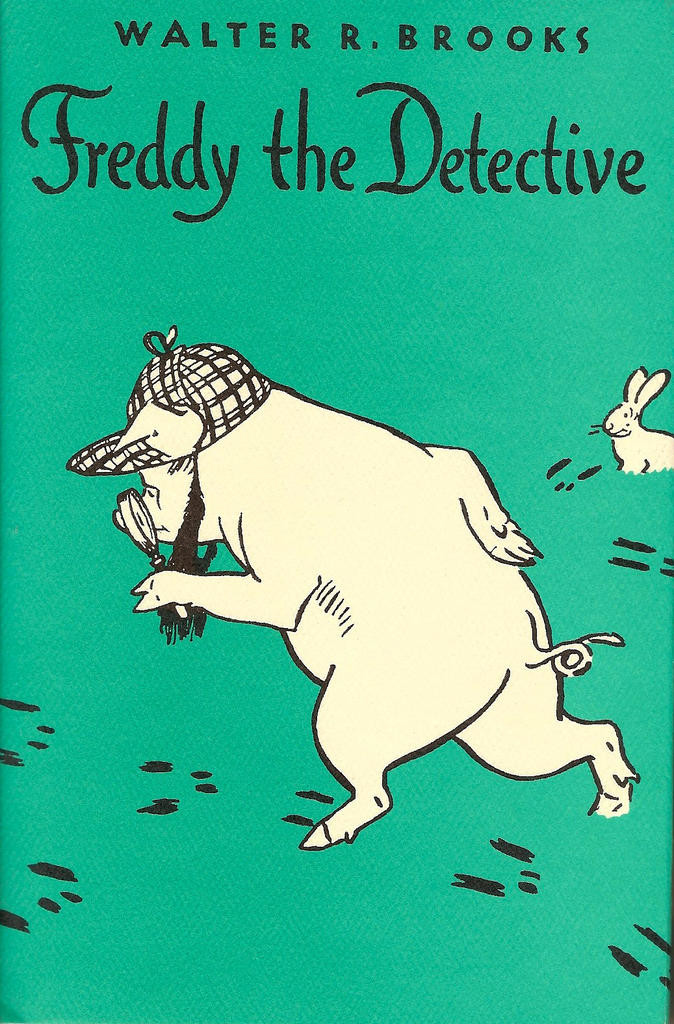 FREDDY P.I. — Freddy is at work as a detective in this Walter Brooks book. 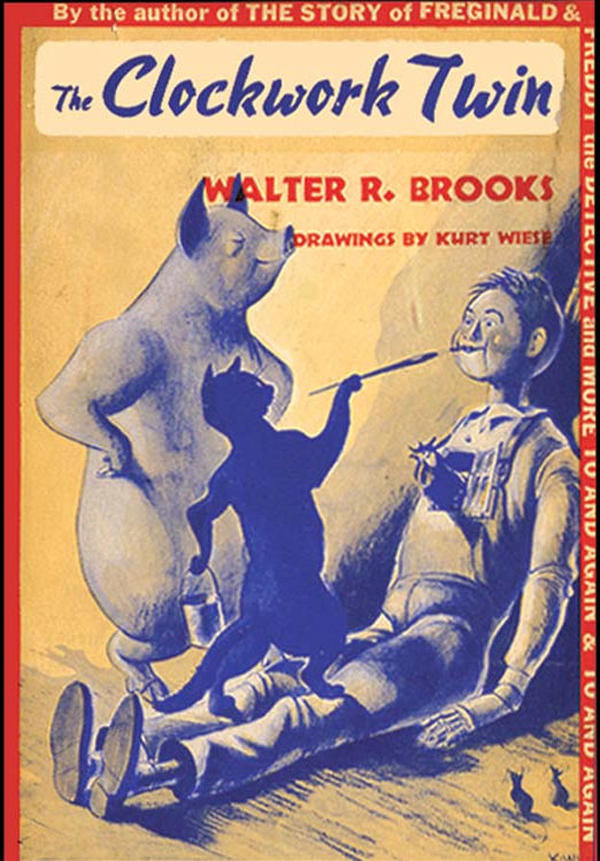 PORCINE PLAY — Freddy watches as one of his farm friends puts the finishing touches on a mechanical playmate, a twin to one of their visitors. 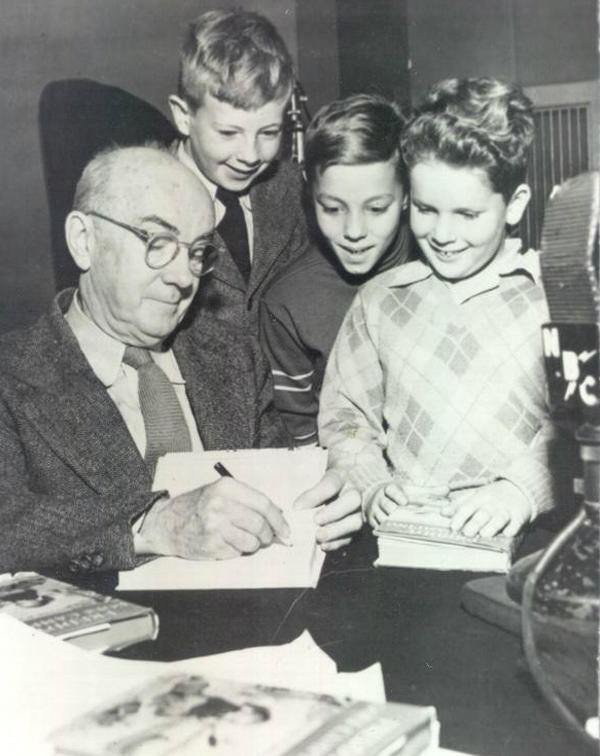 FRIENDS OF BROOKS — Young Freddy fans gather around Walter Brooks as he autographs one of his books.
Previous Next
Posted Sunday, August 31, 2014 9:00 am
CHIP TWELLMAN HALEY

A series of children’s books about a fictional and fascinating pig, penned by an author from Rome, has its own fan club, website, newsletter and conventions.

As another year of school starts, parents and grandparents might want to consider borrowing or buying the books to reignite elementary school childrens’ interest in reading.

Stories about and reviews of the Freddy the Pig books have been published in the New York Times Book Review, Los Angeles Times, Washington Post Book World, Boston Globe, Publishers Weekly and School Library Journal, as well as in the Rome Daily Sentinel and other media.

Rome native Walter Brooks wrote 26 books about Freddy the Pig between 1927 and 1958. The “Centerboro” in the books is believed to reflect his hometown of Rome. Many of Freddy’s fans are senior citizens now, but they remain loyal. In 1983, the fan club, Friends of Freddy, was started. The next year, the club’s newsletter, Bean Home Newsletter -- named for the farm where Freddy lived -- made its debut.

More information about the club can be found at: www.freddythepig.org.

“The books are sacred,” one fan intoned in a 2004 newsletter devoted to all things Freddy. “They deserve to be read by North American kids and their parents for decades to come.”

“Freddy books have been a huge influence on my life,” a Pennsylvania fan wrote. “Some years ago, I won a Pulitzer Prize for newspaper editorials advocating the preservation of farmland and open space … It is the small town way of life and traditional landscapes described so well in the Freddy books that I feel need to be cherished and perpetuated.”

In October 1990, the Friends of Freddy held its convention in Rome. Twenty of the 226 members attended, including Brooks’ widow, Dorothy. The group took a tour of Rome, visiting places relevant to the author and his books.

This year’s convention will be Nov. 7-9 in Hamilton, N.Y., where Walter Brooks is buried and where his father used to teach. The club now has 286 members, from all over the world, according to club official Kevin Parker.

The books were reprinted in the 1980s, and are available on the websites for eBay, Amazon and other booksellers, as well as at the publisher, Overlook Press, at www.overlookpress.com, and at public libraries, including Jervis Library, 613 N. Washington St.

Walter Rollin Brooks was born Jan. 9, 1886, in Rome, the only son of William Walter and Fannie Stevens Brooks. He started writing at a young age, when he and his friends would write and perform plays. His father died when he was only four years old, and after his mother died when he was a teen-ager, he moved from the family home at 218 N. George St. to the home of his maiden aunts at 306 W. Court St. Later, he moved to live with other relatives, and graduated from Mohegan Lake Military Academy in Peekskill in 1904.

He attended the University of Rochester, and then a homeopathic medical school in New York City. But he dropped out of college, returned to Rochester, and got married. He moved to Utica for a job with an advertising agency. But he apparently inherited a large amount of money, and temporarily retired in 1911.

In 1917, he returned to work, as a publicist for the Red Cross, a staff writer for several magazines, and later as an editor for The New Yorker and other publications. He also wrote short stories -- eventually more than 180 -- for publications like the Saturday Evening Post, Atlantic Monthly and Esquire.

It took seven years before any of his books were published -- a fact he often shared with other struggling writers. He started writing the Freddy Books, with the first, “Freddy Goes to Florida,” published in 1927. In this novel, Freddy and some of the other farm animals decide to take a break from cold weather in upstate New York, for some fun and sun in Florida. They have lots of adventures on their trip, before returning safely to the Bean Farm.

Brooks turned to writing full-time in 1940. He eventually penned 25 novels and one book of poetry about Freddy, most written at his home in Roxbury, N.Y. The books were illustrated by Kurt Wiese. He also wrote a short story, “Ed Signs the Pledge,” and others about a talking horse. These stories were later used as the basis for the “Mister Ed” TV comedy show. He also wrote dozens of other articles or short stories for magazines.

Brooks’ last book was “Freddy and the Dragon,” published two months after the author’s death in 1958. In this book, Freddy solves the case of a crime wave in Centerboro.

Brooks died Aug. 17, 1958, in Hardyville, Ky. He is buried in Woodlawn Cemetery in Hamilton.

This column was compiled for the Rome Historical Society by Chip Twellman Haley, retired Daily Sentinel news editor, with photos supplied by Friends of Freddy. Comments, old photos, suggestions for future columns or guest columns may be emailed to: chiphaley@yahoo.com.