When Rome native Linda Martin wrote the song “I Know Better,” she never imagined that it would have an entirely different meaning than when she wrote it.“When I wrote it, it was a sad break-up … 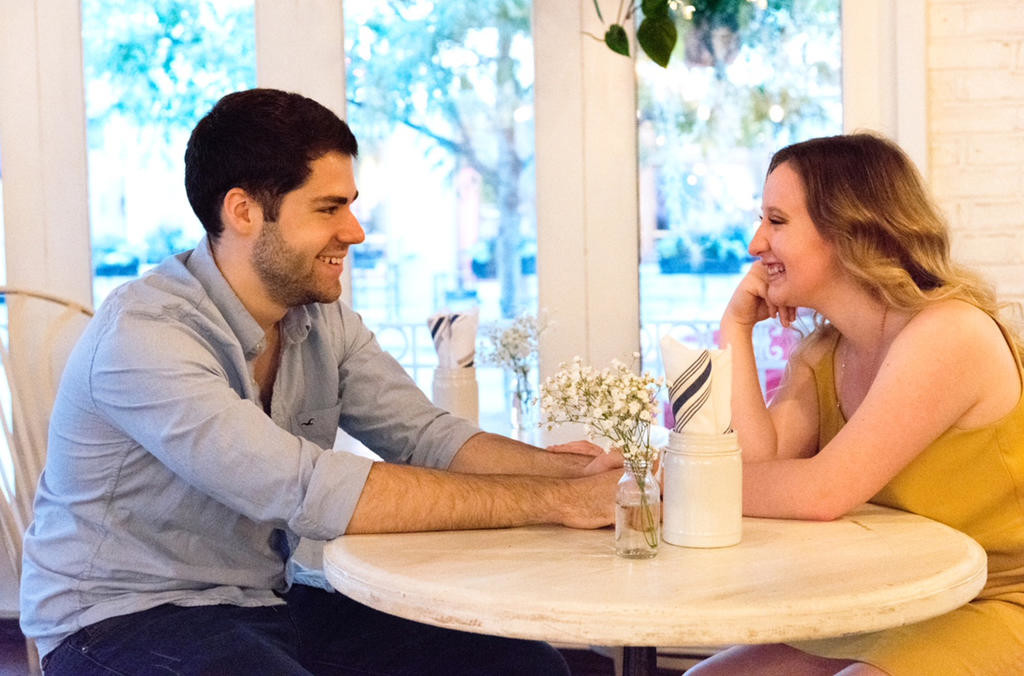 PERFECT HARMONY — Connor Udvardy, left and Rome native Linda Martin pose during a recent photo shoot for their band Whiskey Fix. The band released its first single “I Know Better” on Oct. 11 and can be heard on iTunes, Apple Music and Spotify. (Photo submitted) 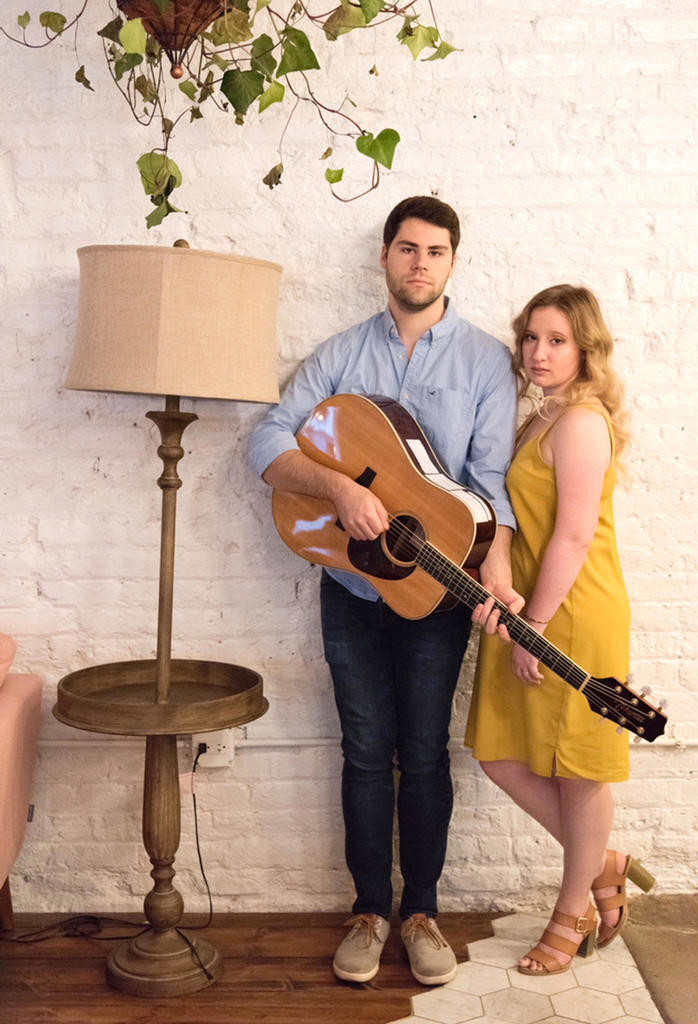 When Rome native Linda Martin wrote the song “I Know Better,” she never imagined that it would have an entirely different meaning than when she wrote it.

“When I wrote it, it was a sad break-up song,” said Martin, explaining that she wrote it her freshman year at Columbia College in Chicago after breaking up with an ex-boyfriend from home.

She just finished writing and finalizing it earlier this year.

“Now, it’s like I’m closing the chapter and I know better than to go back to a bad relationship like that. It kind of came full circle.”

The duo released their first single “I Know Better” on Oct. 11 and it can be heard on iTunes, Apple Music and Spotify.

“It was kind of a selfish thing for me to do,” said Martin about the release of the song. “We didn’t really want to start out with such a depressing song, but I felt it needed to be done for myself. But a lot of people have said they don’t care if it’s sad, everyone’s been so supportive and receptive of it.”

The 21-year-old joked by saying that her friends from home have tried guessing who the song is about and noted that several of her friends have admitted to listening to it on repeat with some tears.

“I love seeing how everyone tries to decipher it,” said Martin, adding that it’s something very personal to her. “Because my friends from Rome have an idea on who it’s about, but then my Chicago friends just think of it as something entirely different.”

For example, the lyrics about the “swings behind my house are broken,” literally refers to the broken swings at Fort Stanwix Elementary School, where she grew up. She used song writing as a way to cope with emotions, the adjustment of moving thousands of miles away from home and to learn who she wanted to be as a musician.

Upon releasing the song, Martin recalled that she received a message from a fan, explaining that they used the song to overcome a difficult chapter in their life.

“They said that it was a means of closure for them and that’s exactly why I wrote the song,” said Martin. “Like receiving that message was the sole reason why I’m doing all of this.”

While at Rome Free Academy, Martin noted that she never imagined herself going to college for music, but was quickly changing her tune come her senior year.

“Looking back now, a lot of my musical abilities stemmed from my time in Rome,” said the 2014 RFA graduate. “I never realized how much of an influence my teachers had on me while I was in school. I was really prepared when I came to college.”

Martin and Udvardy met in a country ensemble while they were in college at Columbia and at first, Martin thought Udvardy hated her.

“He was so shy,” recalled Martin with a laugh. “I really thought he hated me. But then he asked me to be his duo partner for this ensemble and our chemistry was just undeniable. We started spending every Tuesday and Thursday together practicing.”

But Martin had no idea of Udvardy’s intentions: He asked her to be his partner because he liked her.

“I literally had no idea,” she laughed. “He’s been my right hand guy for so long now and there’s no one else I could imagine going on this journey with.”

Originally known as “On the Rocks,” the band changed its name to Whiskey Fix recently to avoid any legal issues. Martin majored in music at Columbia, but also minored in music management so she could create her own content and know the legal ins and outs.

“We just wanted to avoid the copyright issues,” said Martin about the name change, noting that there was a band with the name “On the Rocks” in a different genre. “Plus, we wanted it to play off of our country roots.”

The duo is currently in the works to contract with a full band, being as it’s just Martin on vocals and keys and Udvardy on vocals and guitar. The pair is hoping to get into the studio by the end of the month to release another single.

“We promise this one will be more upbeat,” said Martin. “We’re also starting a Youtube channel called Whiskey Flix, which will have daily or weekly content of covers and such.”

The ultimate goal for Whiskey Fix is to make it down to Nashville, where country stars get their big break. Martin would love to have a homecoming tour with a potential stop in Rome, but for now, the two are working to contract shows in the Chicago area.

“I’ve been very blessed with the support of my parents and everyone,” said Martin. “I don’t deserve them whatsoever. Normally parents aren’t supportive of their kids going to art schools, but my parents let me move thousands of miles from home. They’re so incredible.”

To keep up with Whiskey Fix, check out their website www.whiskeyfixmusic.com. 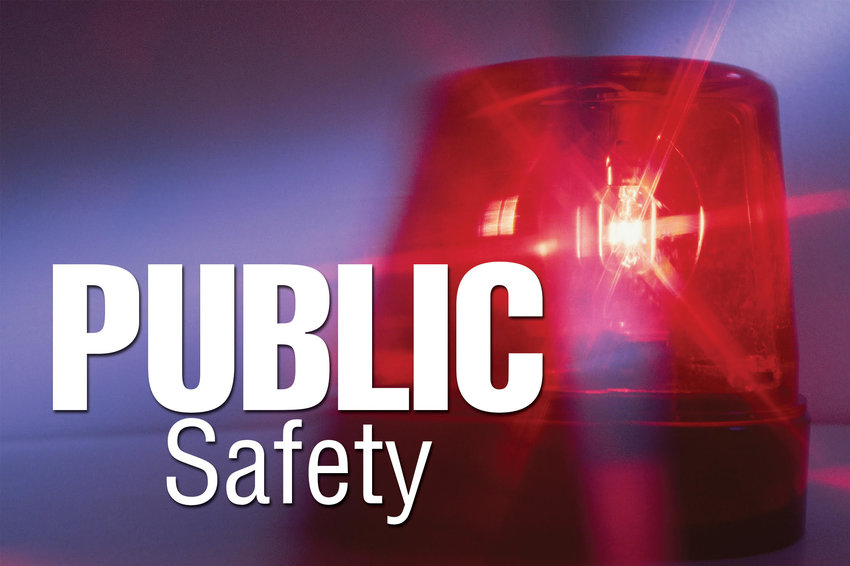