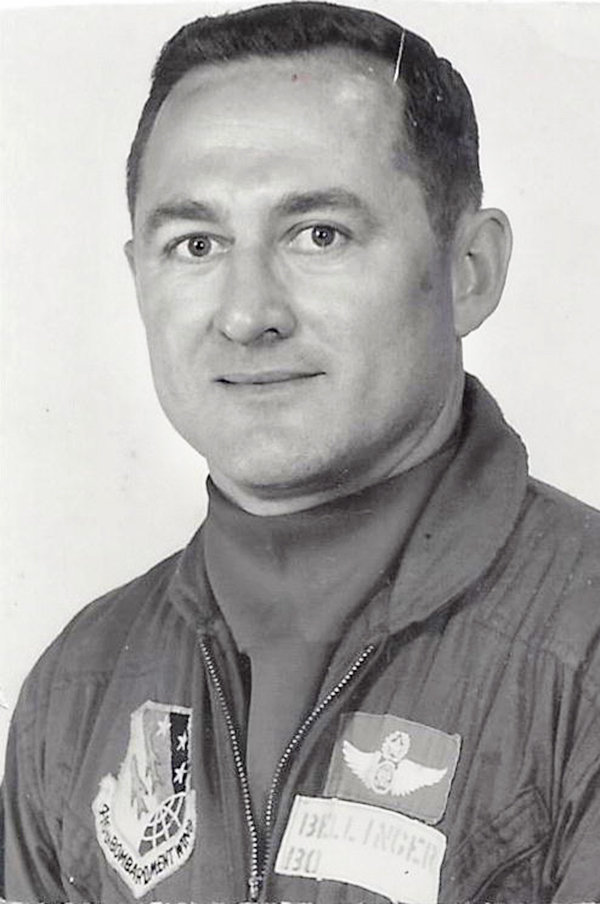 He was born on October 21, 1934, in Fulton, NY, to the late George and Lucille (Chappell) Bellinger. He was united in marriage to the former Jane Stooks on November 14, 1962, at the Church of St. John the Baptist; a blessed union of 40 years until her passing on November 30, 2002. He proudly served his country in the U.S. Air Force during the Korean and Vietnam Wars, flying over 105 missions. He retired in 1974 as a Master Sergeant, with his last assignment being the 41st Air Refueling Squadron. After retiring, Robert worked for Revere Ware and Rome Manufacturing.

Robert enjoyed fishing and loved working in his yard.

Robert is survived by his son, James (Amelia) Bellinger of McKinney, TX; daughter, Sandra Bellinger of Laurel, MD; and son Douglas Bellinger of Brockport, NY; four grandchildren, Mark and Noah Bellinger, and Lauren and Jenna Bellinger; one great-granddaughter, Paisley Grace; a brother, Chuck (Martha) Bellinger of Newport News, VA; and a sister, Diane Berg of Bothell, WA. He was predeceased by his son, Michael Milton, and several brothers and sisters.

The family wants to thank his close neighbors and his visiting VA Healthcare Team for their care and support over the years.

A graveside service with military honors will be held on Friday, August 5, at 10 a.m., at St. John’s Cemetery.

In lieu of flowers, memorial contributions may be made to one of the charities he supported: St. Jude Children’s Research Hospital, Wounded Warriors, and local animal rescues.