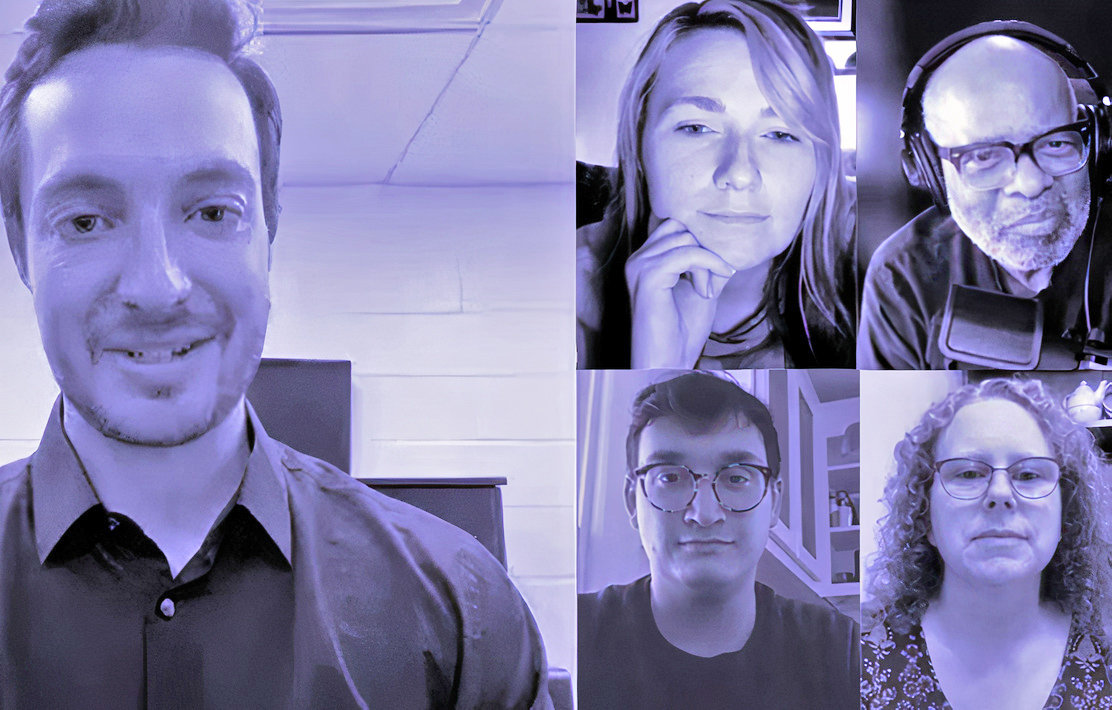 ROME — Roam Live! started two years ago as a way to connect during COVID quarantine and has turned into a regular interview segment online on Facebook and featured weekly on radio station WKAL.

Makenzi Leigh, Rick E. Lewis, Lisa Matte and Jon Mawejic-Walda are the hosts of the show which features conversations that center on local current interests and entertainment.

Makenzi Leigh remembers how it started.

“Before COVID I was working with the City of Rome in marketing. Rick and I would make weekly online video messages about entertainment in Rome and the surrounding area, including the Capitol,” said Makenzi Leigh. “When the COVID mandates shut everything down, we switched to using Zoom to give updates about what was happening in the area. With most things shut down we started holding weekly conversations with Lisa Matte, executive director of Jervis Public Library, and Jon Matwijec-Walda, manager of the Capitol.”

Lewis, marketing manager for the Capitol Arts Complex, explained that over the past two years, the almost weekly Zoom get-together has been a fun, therapeutic group session.

“When we have guests I always need to remind them that the show is edited and if they need to correct a fact of detail they need to bring it to the attention of the editor — me,” said Lewis. “The conversations get wild sometimes and surprisingly long; 90 minutes at times and need to be chopped into two or three episodes.”

Over the past two years, Roam Live! has interviewed local figures, movie directors, actors and producers.

“One of my favorite interviews was with Julia Whitehead, the director of the Kurt Vonnegut Museum and Library, in support of the documentary that was shown at Cinema Capitol,” Matte said. “There have been so many interviews with people I would not have otherwise met if not for Roam Live!, including a film director, a member of the Glen Miller Orchestra, and many local musicians, including one who ended up being a neighbor I hadn’t even met in person.”

She said, “It was also fun, especially in the beginning, when discussions the co-hosts had led to folks finding out everything unexpected that the library did or provided to the community. Getting to know co-hosts Rick, Makenzi and Jon better and becoming friends with them, has been the best part of doing this — something we never would have done if not for the pandemic.”

Now that events and live shows are back, talk shifts to local events and interviews with entertainers that visit the area. Most recently, the Glenn Miller Orchestra band leader/music director Erik Stabnau was featured on the show. Neighbors can watch the interview on the Roam Live! Facebook page and on the Rome Capitol Facebook page.

In recent months the return to normal activity has put some time and availability hurdles for the group to participate in the Zoomcasts on a regular basis.

“We all have returned to our schedules before COVID and it is difficult to all get on the same page every week,” said Makenzi Leigh. “Jon is building his coffee shop inside The Copper Easel and has been missing from the line-up for the past few months., But he’ll be back.”

The cast of Roam Live! plans to feature an episode of the show at Matwijec-Walda’s new coffee shop, Superofficial, in the next week.