Ridge Mills Elementary School Counselor Carol Miller said she enjoys working with the 400 kindergarten through sixth-grade students at the school. 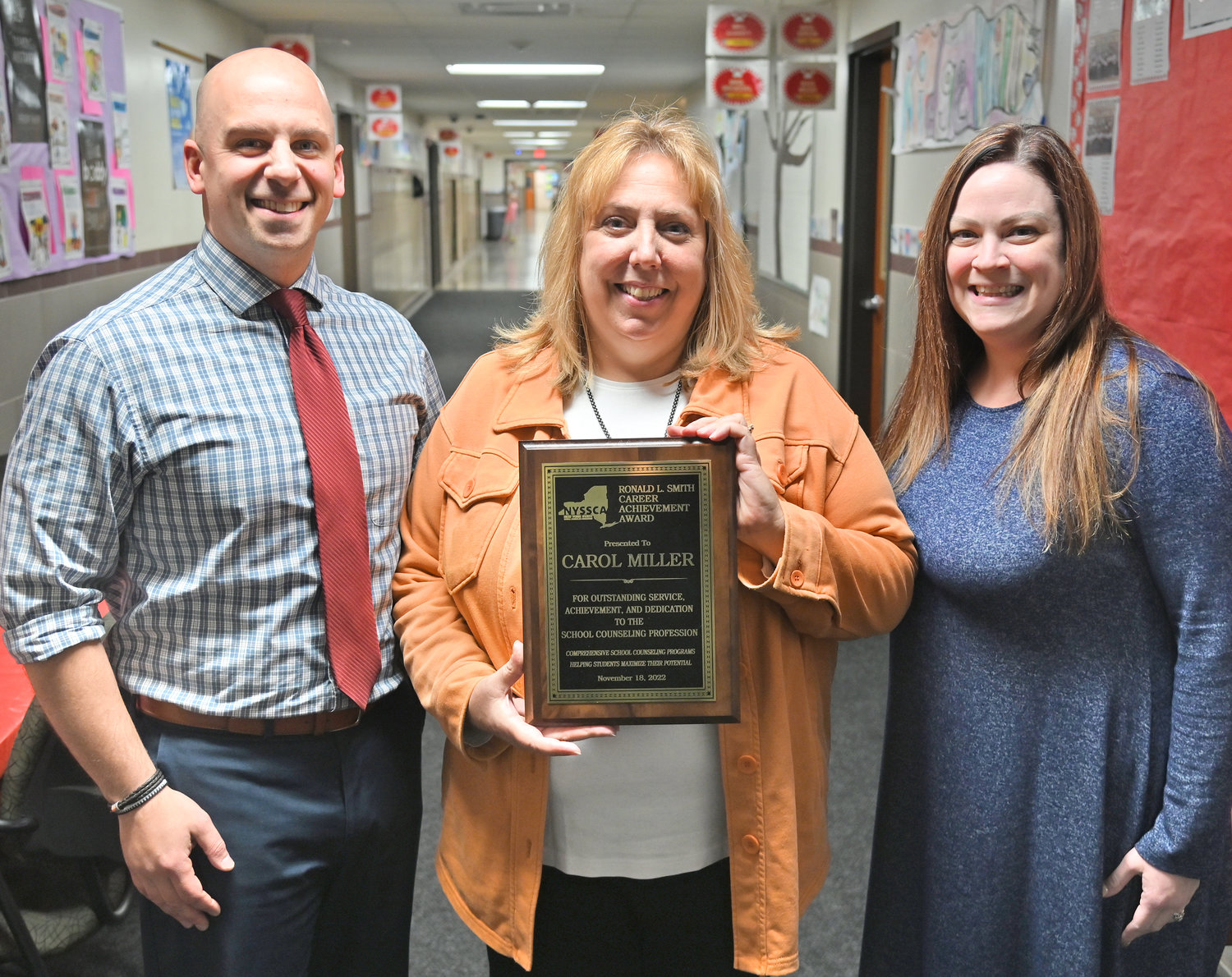 “Those little kids have a very special excitement,” she explained. “They see the world with a fresh look of ‘wow’ that’s just magical.”

Originally a pre-med student at SUNY Albany and a member of the local ambulance squad, Miller decided she didn’t like waking up for emergency calls at 3 a.m., she recalled. But she met a woman who was in charge of activities at the university and thought she had the “best job.” When told that woman started as a counselor, Miller went in the following day and changed her major to follow a similar educational path.

She then went to graduate school at Russell Sage College in Troy. After more than 25 years as a counselor at schools in Newburgh and Lansing, she came to the Ridge Mills Elementary School four years ago. Her husband Mark had always sacrificed for her to expand her career, she said, so she moved to central New York to follow his job change at the time.

Meanwhile, the Ridge Mills counselor position had actually been filled, but that person declined to take it. When the district reposted the job, Miller was looking and found it.

Today, Miller reaches out to her peers and runs Facebook groups for counseling professionals, boasting more than 80,000 members. One of those members from out of state nominated her for the NYSSCA award.

In her nomination letter for the award, Miller explained that she takes pride in the profession and has dedicated her life’s work to serving others. She champions both her students and other school counselors daily, and continuously seeks opportunities to learn and improve and pass knowledge and advice on to others, she said.

“She sees the big picture and has the vision to make an impact there but at the same time also has a focus of working with one kid at a time,” school Principal Michael Flagg said. “She has never lost track of that side of her work with the kids. And everyone who knows her is better off for it.”

“I feel like the Rome community is so fortunate to have her here,” complimented Amanda Jones, the district’s director of counseling services. “She has made a big impact here that I can see in the department as a whole. She helps move the work of the department forward for both kids and their families.”

Miller said that while she has a collection of previous plaques, this award is the most special to her. And it won’t really change approach to her work. She will continue doing what she’s always done — offering services to her fellow professionals while remaining committed to serving her students and prepping them for their lives beyond elementary school.