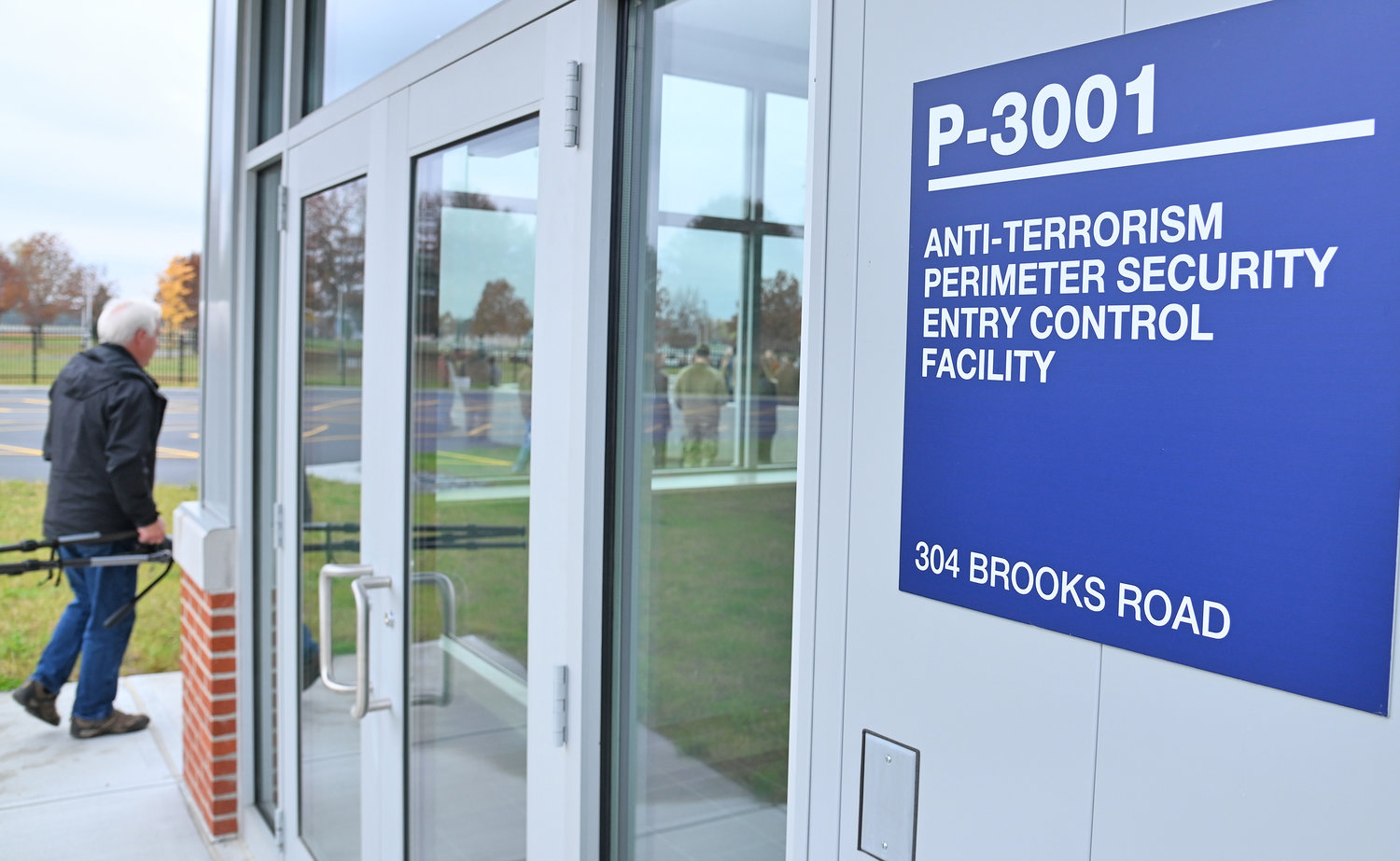 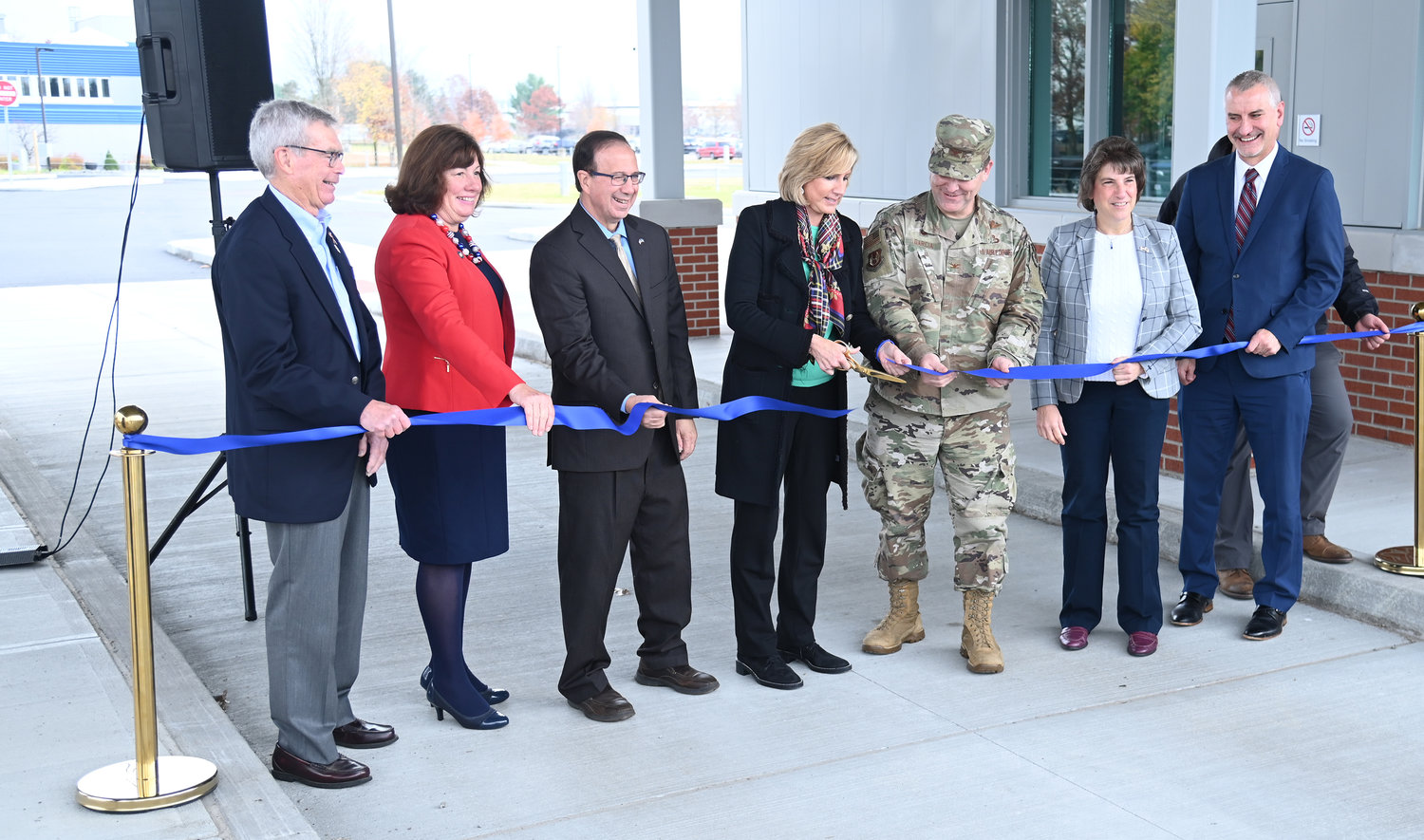 Donald W. Hanson, who retired as the director of the Information Directorate in 2009, explained how the $14.8 million MILCON perimeter security project was 13 years in the making.

“This is a great day. I had been unhappy with the lack of physical security” at the Information Directorate, said Hanson, adding that personnel and the work being done there should have been better protected.

“At the time,” when he was still director, “anyone could just walk onto the grounds,” he added. “I want to thank Col. Fred Garcia for getting the job done.”

Garcia, current director of the AFRL information Directorate, commended everyone in attendance for the “amount of teamwork” by local elected officials who “came together to make it possible.”

“This was a great job done by our construction team, and I’m very proud of this project,” said Davis.

Before presenting the AFRL with a State Assembly Citation, Buttenschon commended Hanson for his “great idea” 13 years ago, and said the security perimeter will give personnel the “protection they deserve,” as well as “those who visit and support” the “great work” being done at the facility. The assemblywoman also thanked her colleagues for coming together and working toward ensuring the funding that made the project possible.

“We have the best group of individuals at the local level, and I hope we can continue to move forward” with developments at the business park, Buttenschon said.

Griffo said the $14.8 million invested in the project was “the result of a lot of hard work,” and it will “enhance the security that’s essential” for those who “continue to serve and protect this nation.”

Izzo explained how construction was challenging because it began during COVID, “and now we have a beautiful, state-of-the-art facility.”

She said, “The community is proud of the lab and everything you do here. Thank you, and keep doing your good work.”

Tenney began her comments by thanking Hanson for knowing that enhanced security at the Information Directorate was essential and for making it a top priority.

“This is all part of the excitement of what is yet to come here” at Rome Research Lab, Tenney said. “I’m happy we were able to force the funding through” and make the federal government “understand how important it is for us to secure” this facility “and make it safer. Thanks to those who answer the call to serve.”