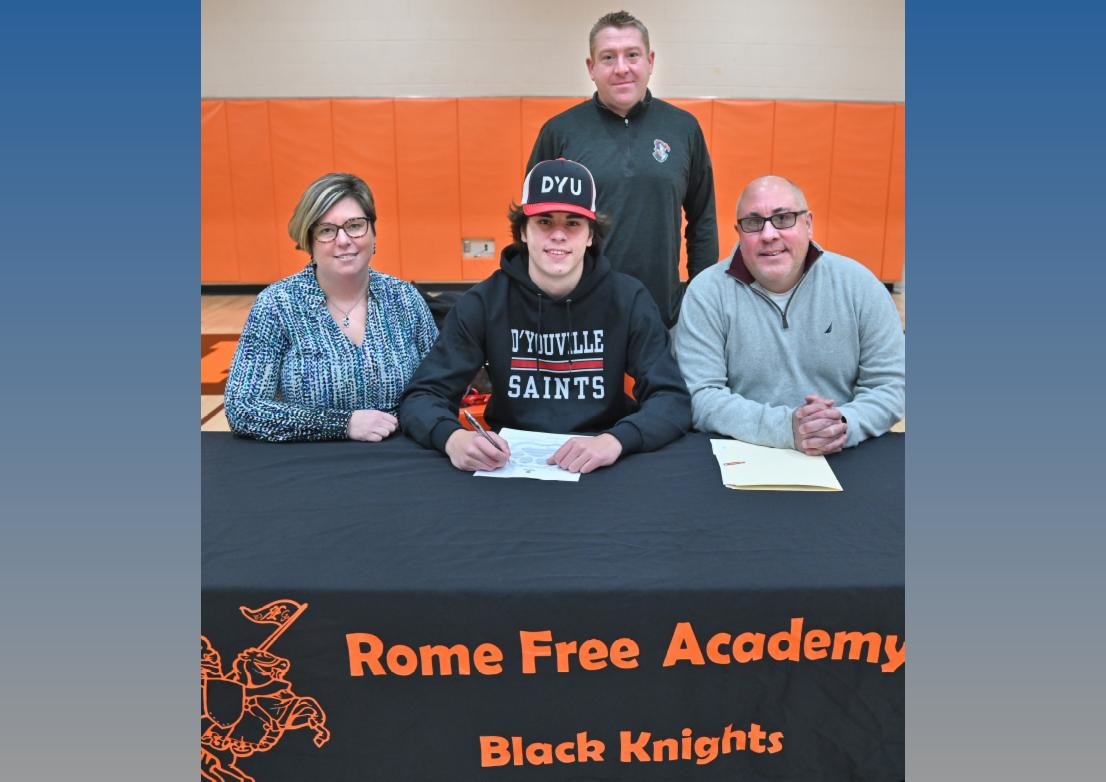 Molina, who has played lacrosse for seven years, has been a two-year starter as a defenseman for RFA. He was named Tri-Valley League honorable mention last season. He had 18 caused turnovers and 98 ground balls to go along with an assist for RFA, which had a 3-10 record.

“It really does feel amazing,” Molina said Tuesday after becoming the most recent high school athlete from the Mohawk Valley to sign a letter of intent to participate in college athletics next fall. “It really is a big relief.”

Molina also plays for a club team called the Upstate Salt Kings, which participates in tournaments around the northeast. That opportunity has also provided additional exposure and experience to coaches at the college level. Coaches at D’Youville saw him play a few weeks ago during a tournament at the University of Massachusetts, Molina said.

“Playing for the Salt Kings has really prepared me because we play against a lot of competitive teams. I play with the best-of-the-best from all around,” Molina said.

Coach Kiel Adams, who took over the RFA lacrosse program last spring, describes Molina as a “late bloomer” and a “diamond in the rough.” He said over the last year, Molina has flourished after telling him he could be a standout in the position. Adams said Molina has shown toughness and has been a leader.

“That’s what you want for a kid: You coach him day in and day out and he gets rewarded with a good scholarship,” Adams said. “He’s a great person and family guy, which is always a great thing.”

Molina said the lacrosse team at Buffalo-based D’Youville felt like a family, which helped him make his decision.

“They welcomed me with open arms,” said Molina, who describes his game as being fast-paced and physical. “I’m very excited.”

Molina said Adams has been a help to him on and off the field. He said along with his parents, Adams has also been a good support system.

“He’s been a very good coach. He’s been someone I can also talk to about my problems in my life,” Molina said.