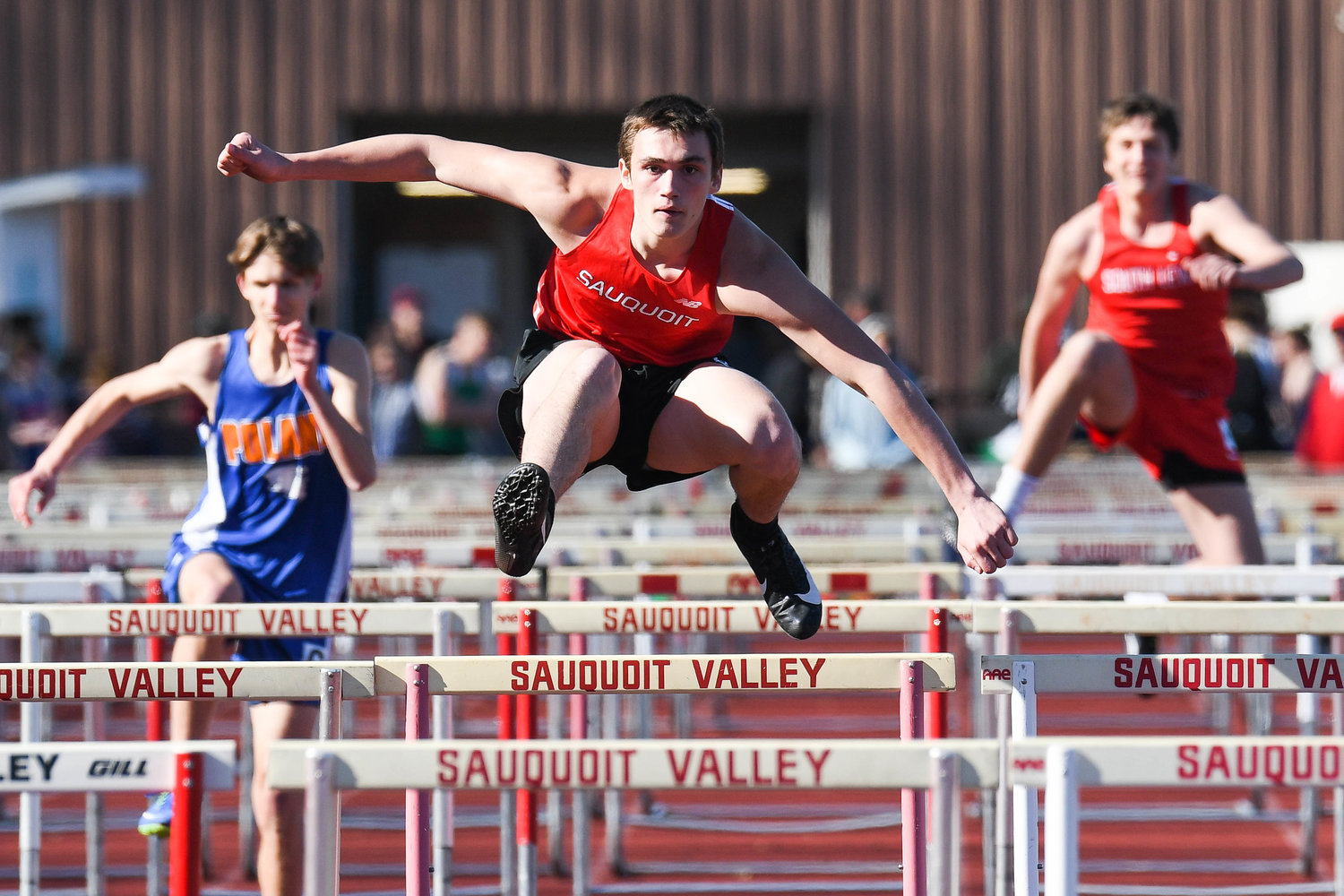 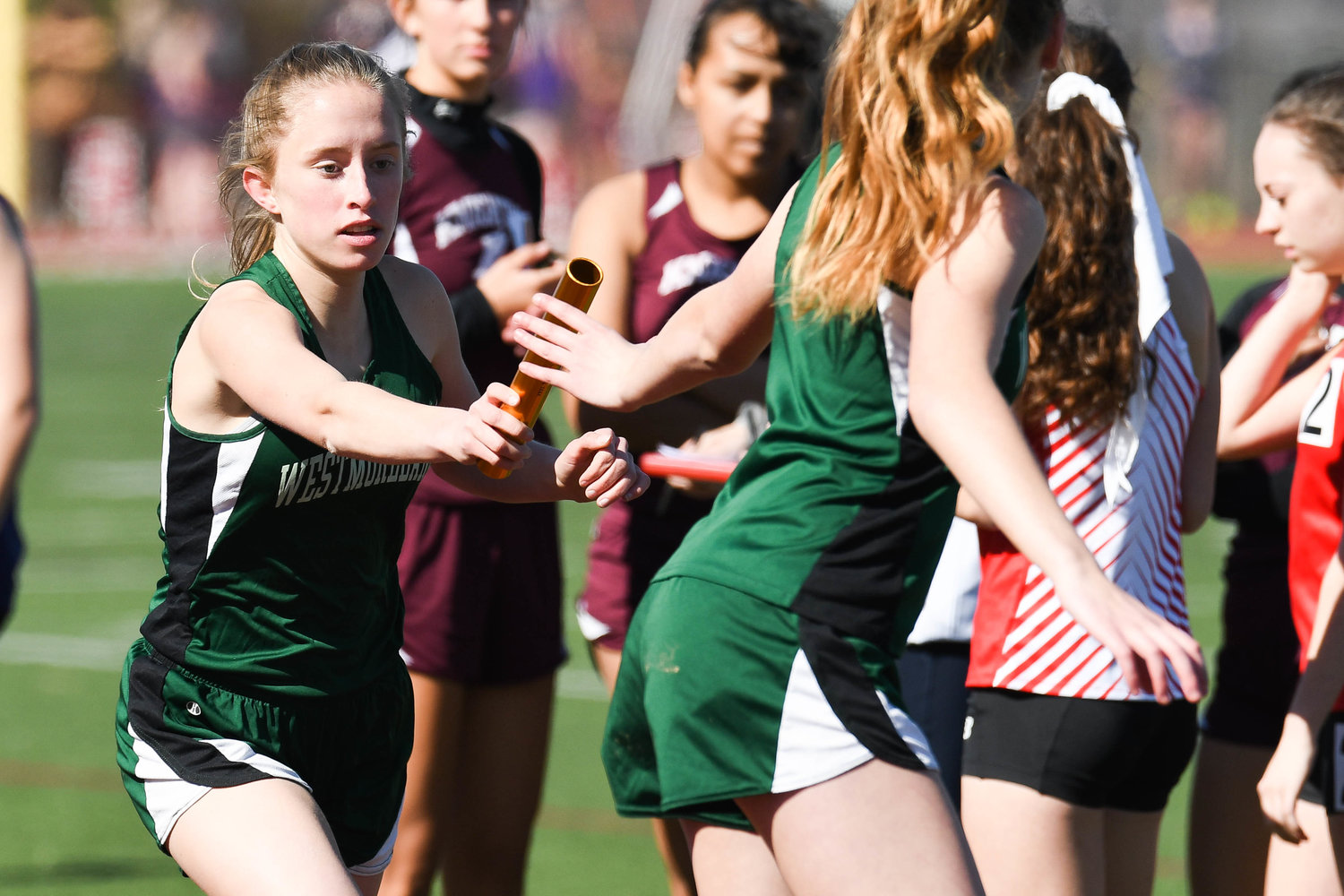 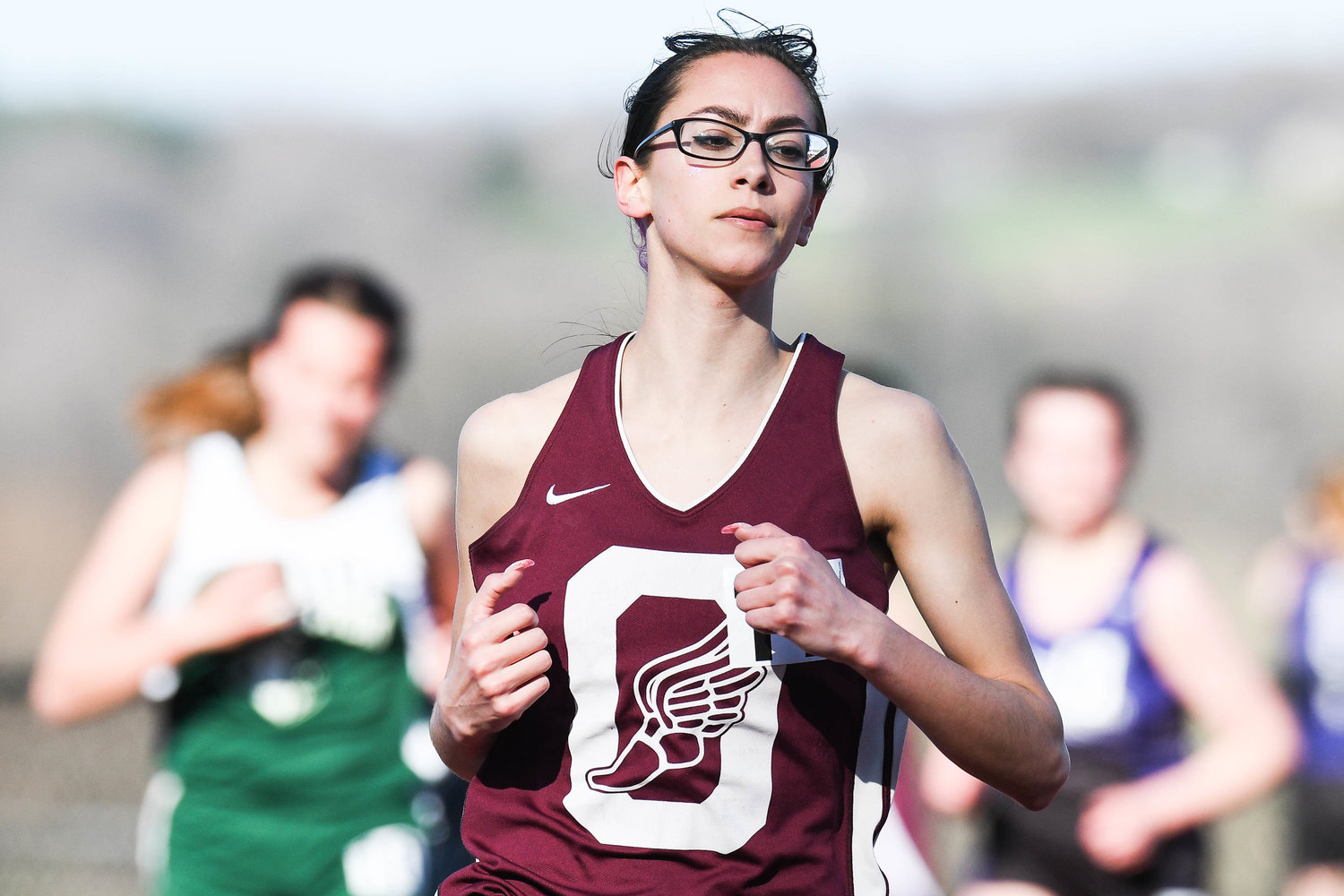 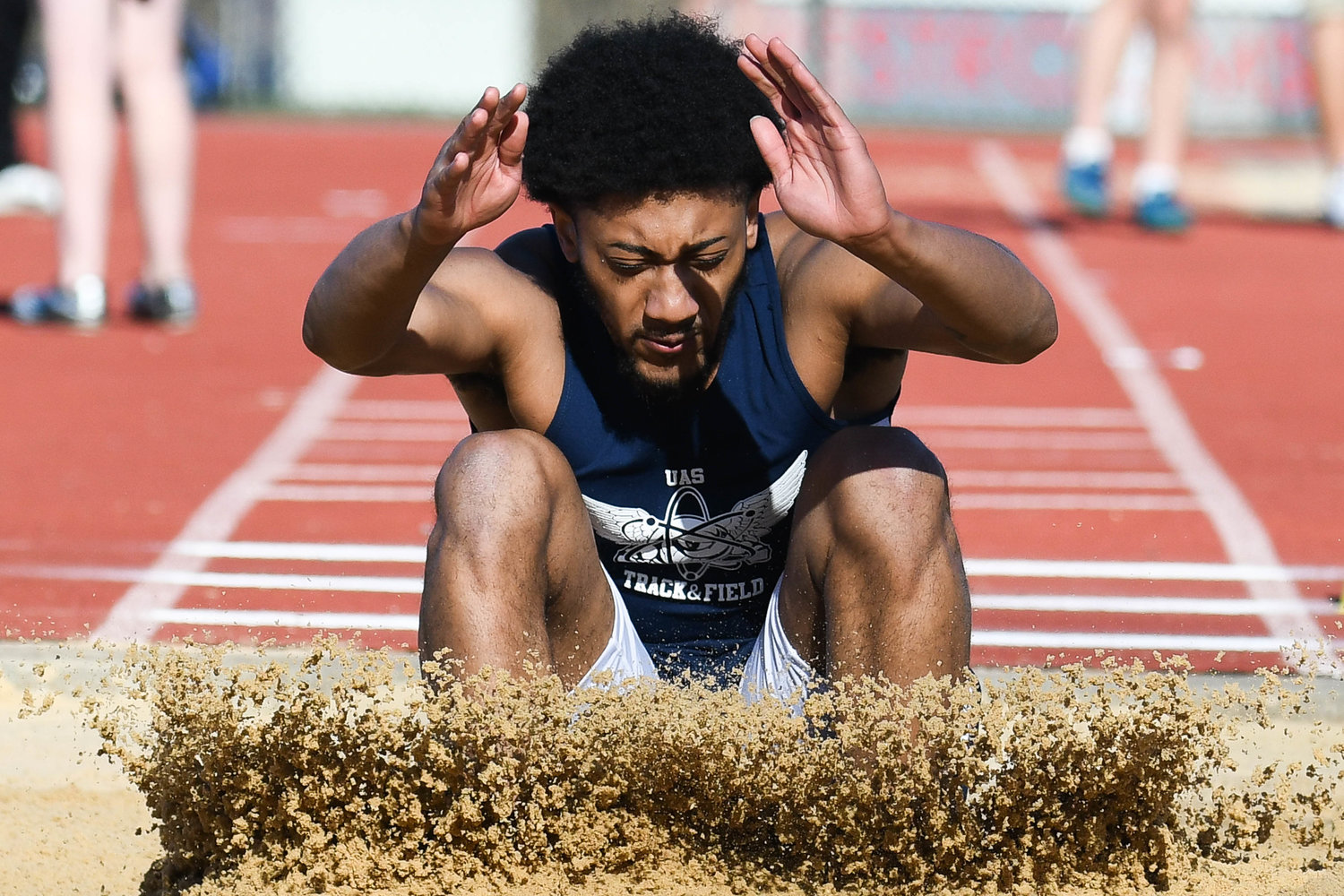 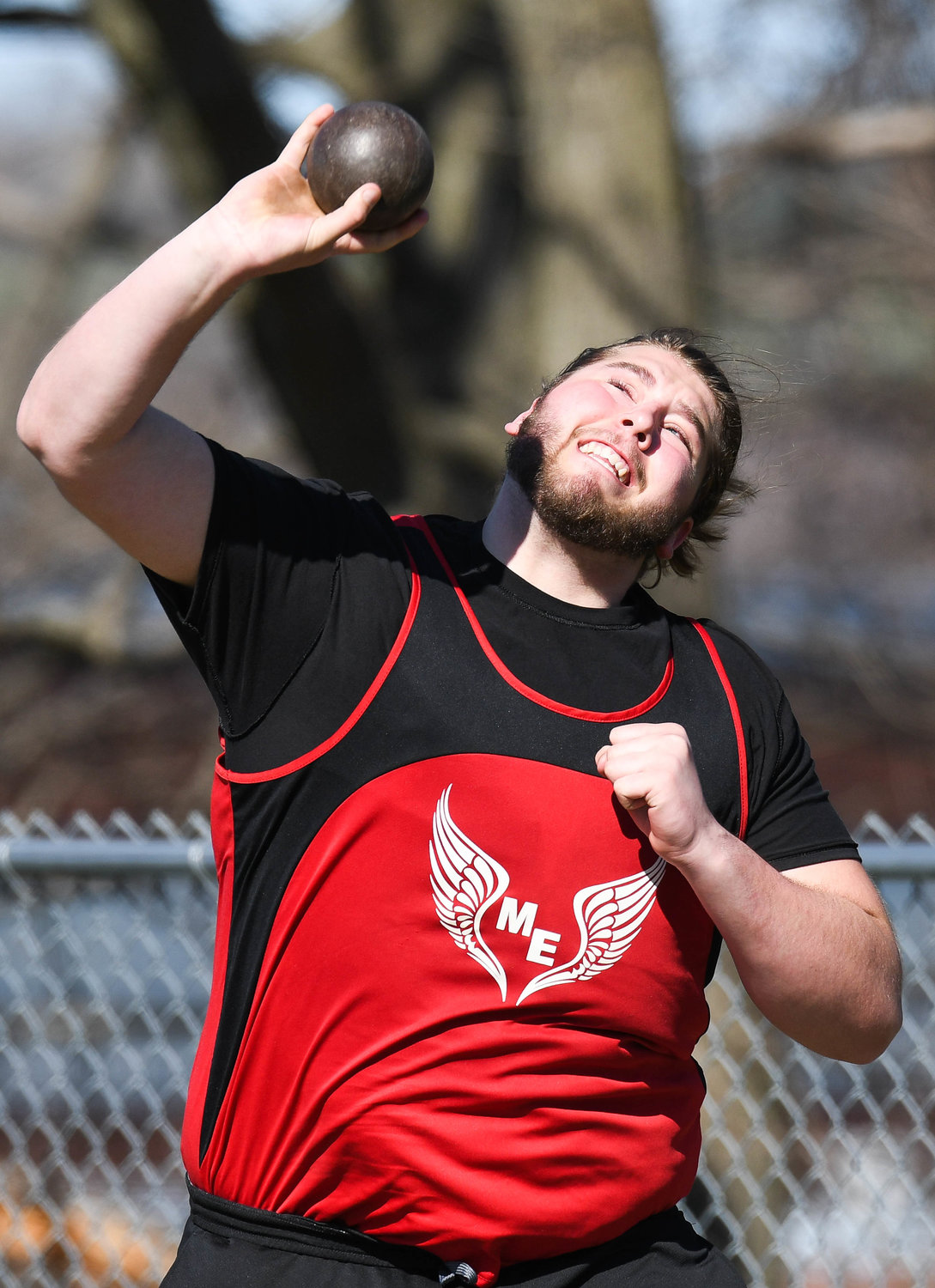 The Rome Free Academy softball team led 4-0 early by the host Utica Notre Dame Jugglers rallied with a seven-run fourth inning. But RFA responded with six runs over the next three innings to get a 10-8 Tri-Valley League win Friday.

For RFA, seniors Lauren Dorfman and Kelly O’Neil homered. Dorfman drove in three runs on the day and O’Neil scored twice and had two RBIs. Maggie Closinski doubled twice, scored twice and drove in two runs. Shea Larkin had a single, double and a run scored.

In the circle for the Black Knights, Laina Beer went the distance for the win, allowing seven earned runs on eight hits and two walks. She struck out 10.

Ella Trinkaus threw a complete game for Notre Dame, allowing 10 runs, seven of them earned, on 13 hits and two walks. She struck out 11.

On Saturday, the Knights lost 14-4 at Cicero-North Syracuse.

The Northstars led 4-0 after two innings then padded the lead with five in the fourth and four in the fifth to make it 13-2.

Closinski had two doubles and a triple, with two RBIs and a run scored.

Ryleigh Johnson was a force at the plate and in the circle for Camden in the team’s 15-0 win in five innings at home against non-league opponent Fulton Friday. She was right back at it in a complete game win over visiting Central Valley Academy 10-5 Saturday.

Friday, Johnson threw a shortened complete game shutout, allowing two hits with a walk and striking out a batter.

Emma Spaulding took the loss for Fulton, allowing 15 runs, 14 of them earned, on 11 hits and six walks. She struck out two.

Saturday, Brooke Musch tripled and homered, with four runs and an RBI. Jadyn Prievo and Katie McCarthy each had two hits. Prievo had three RBIs and two runs. McCarthy scored.

In the circle for CVA, Madison Obreza allowed 10 runs, six of them earned, over six innings on 10 hits and two walks. She struck out three.

Camden improves to 5-0 (2-0 in the TVL). The Blue Devils were at Oneida Monday in league play. The Devils host Adirondack at 4:30 p.m. Tuesday in non-league play.

CVA is 1-2 overall, 0-2 in the league. The Thunder hosted Vernon-Verona-Sherrill in TVL play Monday.

The Clinton softball team won a pair of games Saturday in a tournament in Mudville.

The Warriors first defeated Madison 14-2, scoring at least two runs in each of the game’s five innings.

Gracen Grimm had a three-hit day, with two doubles, and she drove in two and scored a run. Skyler McFadden had two hits, an RBI and two runs scored.

Chloe White threw a complete game for the win, allowing two runs, one of them earned, on three hits with one walk. She struck out six.

Statistics for Madison were not submitted.

White got another win, going all seven innings. She allowed seven runs, four earned, on six hits and three walks. She struck out six.

Statistics for Nichols were not submitted.

The first loss was 14-1 to South Glens Falls. New Hartford scored one in the first but Glens Falls answered with five in the bottom of the inning and never looked back.

Holmes went the distance in the circle for the Spartans, allowing four runs, one earned, on five hits and a walk. She struck out four.

Raux and Alex Volo each had two hits and a run scored.

Unbeaten Baldwinsville gets a comeback win at Oneida

The Oneida softball team led 5-3 after six innings at home Friday but Baldwinsville scored three runs in the top of the seventh and held off Oneida for a 6-5 win in non-league play.

Oneida scored all five runs in the second inning to take a 5-2 lead. The Bees cut the lead to two with a run in the fifth.

For Oneida, Olivia Friend had two hits, scored and drove in run. Julianna Caroli had two hits and two RBIs.

Kerrigan Crysler took the loss for Oneida, alowing six runs, three of them earned, on six hits and three walks. She struck out four. The Oneida defense committed six errors behind her.

Isabella Hotchkiss got the win for Baldwinsville, allowing five earned runs on eight hits with five walks and five strikeouts.

Oneida is now 2-1 and was hosting TVL opponent Camden Monday and will play TVL foe Vernon-Verona-Sherrill at 4 p.m. Tuesday.

Oriskany won both games of a doubleheader Saturday against Little Falls at Kost Field in Rome.

Oriskany won the first game 15-7. The team scored four in the first and two more in the second to jump out to an early lead. After Little Falls tied the game at 4-4 in the third, Oriskany scored two in the fourth, three in the fifth and two more in each of the sixth and seventh.

Juliette Tagliaferi was the winning pitcher with a complete game, striking out seven.

In game two, Jordan Carlo pitched the complete game for the win. She struck out three.

Oriskany scored 11 runs in the bottom of the first inning to take over the game. They won 13-6.

Oriskany played at Hamilton Monday. Results were not available at press time.

The Oneida boys tennis team got a 5-0 win over RFA on the road in the TVL Friday.

The first doubles pair of Ethan Schmidt and Robert Paul won, as did the pair of Jack Capotosto and Axar Patel.

Oneida is now 3-0 (2-0 in the TVL) and was scheduled to host New Hartford Monday in the league.

RFA is 0-1 overall and in the league. The Black Knights played at Utica Proctor Monday in the league and then travel to New Hartford for another TVL match at 3:30 p.m. Tuesday.

HP won both doubles matches, with pairs of Christopher Kelly and Dylan McGuire and William Zimmerman and Daniel Carhart.

HP is 2-1 overall and 1-0 in the league. The team was at Sauquoit Valley Monday. Results were not available at press time.

The lone win for the Red Devils was Nolan Robinson in first singles.

Alyssa Nardslico scored four goals and had an assist in a 17-6 win by RFA girls lacrosse at East Syracuse-Minoa Saturday.

Alexandra Tapia and Fiona McMahon had a hat trick each for RFA. Shannen Calandra and Drew Kopek had two goals and an assist each. Isibeal McMahon scored and had three assists. Also scoring for RFA were Jenavieve Cianfrocco and Amelia Furbeck.

In goal for RFA, Alan Iacovissi made nine stop and Hannah Lowder came in to make one save.

Imani Pugh won the 100-meter hurdles and 400 hurdles for RFA. She was second in the high jump and long jump.

Kaylee Bertini won the high jump and was second in the 100 and 400 hurdles.

Emily Toth-Ratazzi won the 3,000. She was also part of the first place team in the 3,200 relay with teammates Julissa Luciano, Gianna Badolato and Marlo Townsend.

Results for the boys event were not submitted.

CVA’s Connor Tutty was the top medalist with a score of 40 in the team’s open match of the season. Gabe Smithson totaled a 41, Nolan Tutty had a 44, Troy Kelly finished with a 48 and Derek Newtown had a 51.

For Rome Free Academy (0-2), Michael Occhipinti and Jamie Stolo led the team with a 45. Lenny Dormio had a 52, Landon Piersma followed with a 53 and Brody Barrett had a 55.

New Hartford won 281-233 in the first match of the season for both teams.

New Hartford junior Cam Jenkins was the medalist after carding 44. RFA’s top individual was Occhipinti, who had a 48.

New Hartford is scheduled to play Central Valley Academy at 3:30 p.m. Tuesday at Skenandoa in Clinton.

RFA is also set to play Wednesday against Whitesboro at Rome Country Club.