RFA senior shortstop Closinski leads by example on the diamond

Senior shortstop Maggie Closinski has been hitting at the heart of the Rome Free Academy softball team’s lineup for the past few seasons.

RFA senior shortstop Closinski leads by example on the diamond 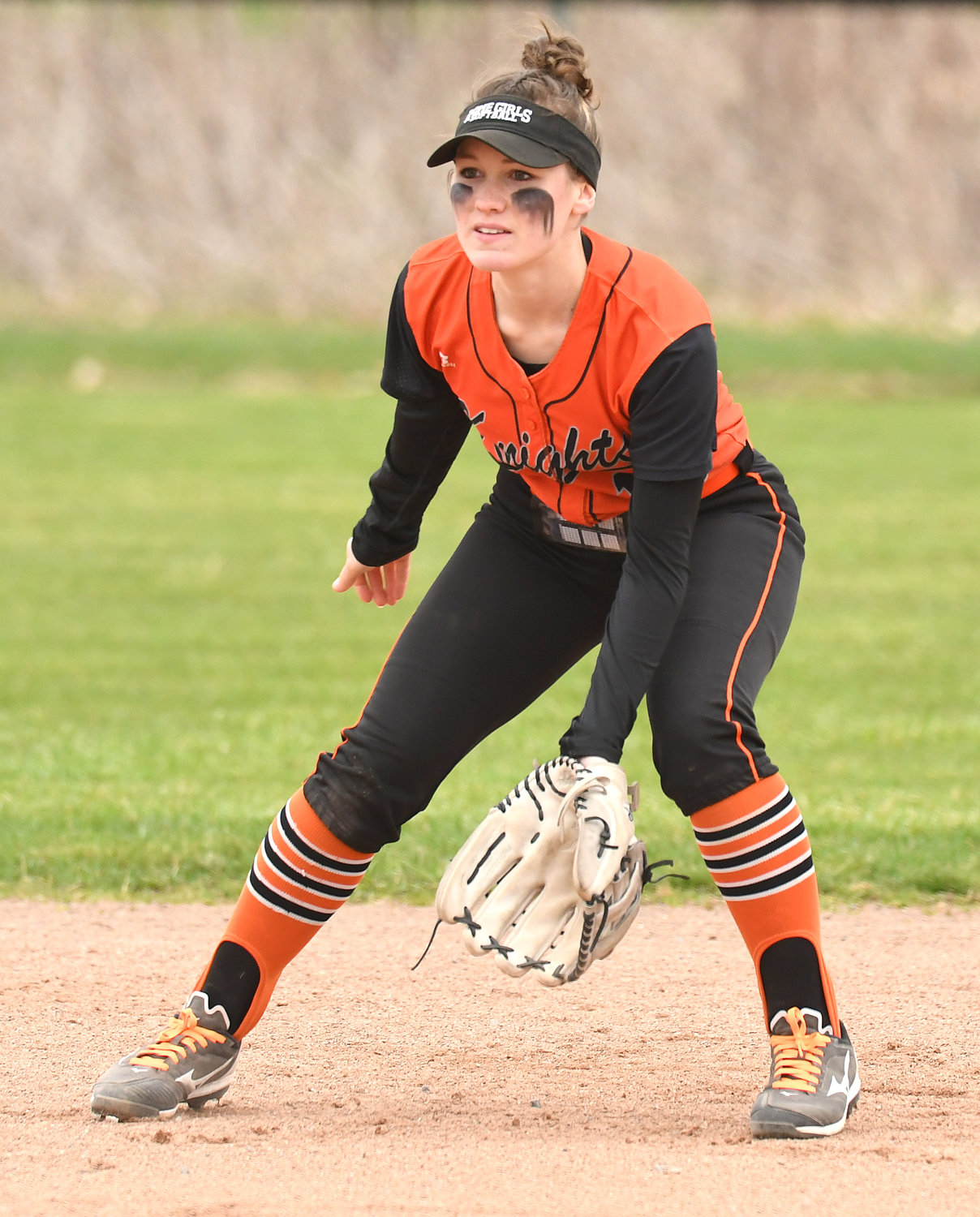 Rome Free Academy senior shortstop Maggie Closinski awaits a pitch in this file photo for earlier this season. Closinski is a co-captain and hits in the middle of the Black Knights’ lineup.
(Sentinel photo by John Clifford)
Posted Saturday, May 28, 2022 7:30 am
Steve Jones
Sports writer
email / twitter

ROME — Senior shortstop Maggie Closinski has been hitting at the heart of the Rome Free Academy softball team’s lineup for the past few seasons.

This season Closinski heads into the playoffs batting .430 with a .510 on base percentage. She had six doubles and five triples. She’s driven in 18 runs as well. Last season, she was a first team all-star in the Tri-Valley League, Section III Class AA all-star and a TVL player of the year candidate. That season she batted .488 with a .538 on base percentage. She had 21 hits, including five doubles, three triples and a home run. She drove in 19 runs.

The Black Knights, the four seed in the Section III Class AA tournament, take on top seed Liverpool at 4 p.m. today at Onondaga Community College in the semifinals.

Closinski also plays field hockey, and this past fall she was selected as a New York State all-star.

Do you enjoy the role of captain? And what type of leader are you?

Closinski, one of the team’s co-captains, said, “I like being a leader and a captain for my team.” But because the team has six seniors on the roster RFA has more leaders than captains, she said. “We’re all leaders. All the seniors.” She added about interacting with the younger players, “I’m tough on the little ones. There’s no other way to do it.” They are, she noted, the future of the program. She described her leadership style as a mix of communication and leading by example.

“I wanted a big chunk if not most of the RBIs for the team,” she said. “We don’t score a lot of runs with hits. It was my job in the three spot (in the lineup) to drive runners in.”

Her team goal was for RFA to be “playing our best defense all the time, every game.” She said the defense is the best part of the Black Knights’ game, especially in the infield, where RFA often has five seniors at third base, shortstop, second base, pitcher and catcher.

“My hitting. The past four or five years I’ve become the three hitter,” the spot in the lineup usually occupied by the best all around hitter. So she’s spent the winters in the off-season with a hitting coach to improve her game. The goal is to square up pitches and improve her barrel control, she said. And every plate appearance is a learning experience, no matter the outcome, she noted. She makes sure she’s “taking (something) away from each at bat.”

Closinski is headed to the Massachusetts College of Liberal Arts in North Adams, where she plans to study music and education so she can one day be a music teacher. She said she also plans to play Division III softball there. Will she stay at shortstop? “I hope to,” she said, but she noted that during recruiting she made it clear to coaches that she was a middle infielder so she could play second base.

Who is an athlete in any sport that you look up to? What stands about them for you?

Closinski didn’t have a specific athlete in mind but she said she does follow the University of Oklahoma softball team. “They’re really strong, really good.” She said she likes the team’s head coach, Patty Gasso, who is in her 28th season leading the Sooners. “She’s really tough. It wouldn’t be easy, but it would be easy for me to play for her.”

That, she said, is in part because of the years of experience she has playing for her father, Jerry Closinski, who has been her softball coach at all levels including as the RFA head coach for the past two seasons. When Closinski first played on varsity, the Black Knights’ head coach was Jerry Tabolt. Her sophomore season was canceled due to COVID-19, then her father took over. Her thought then: “I knew he would change the program around.” Her father, she said, never wants to lose, no matter the strength of his team or how good the opponent is.