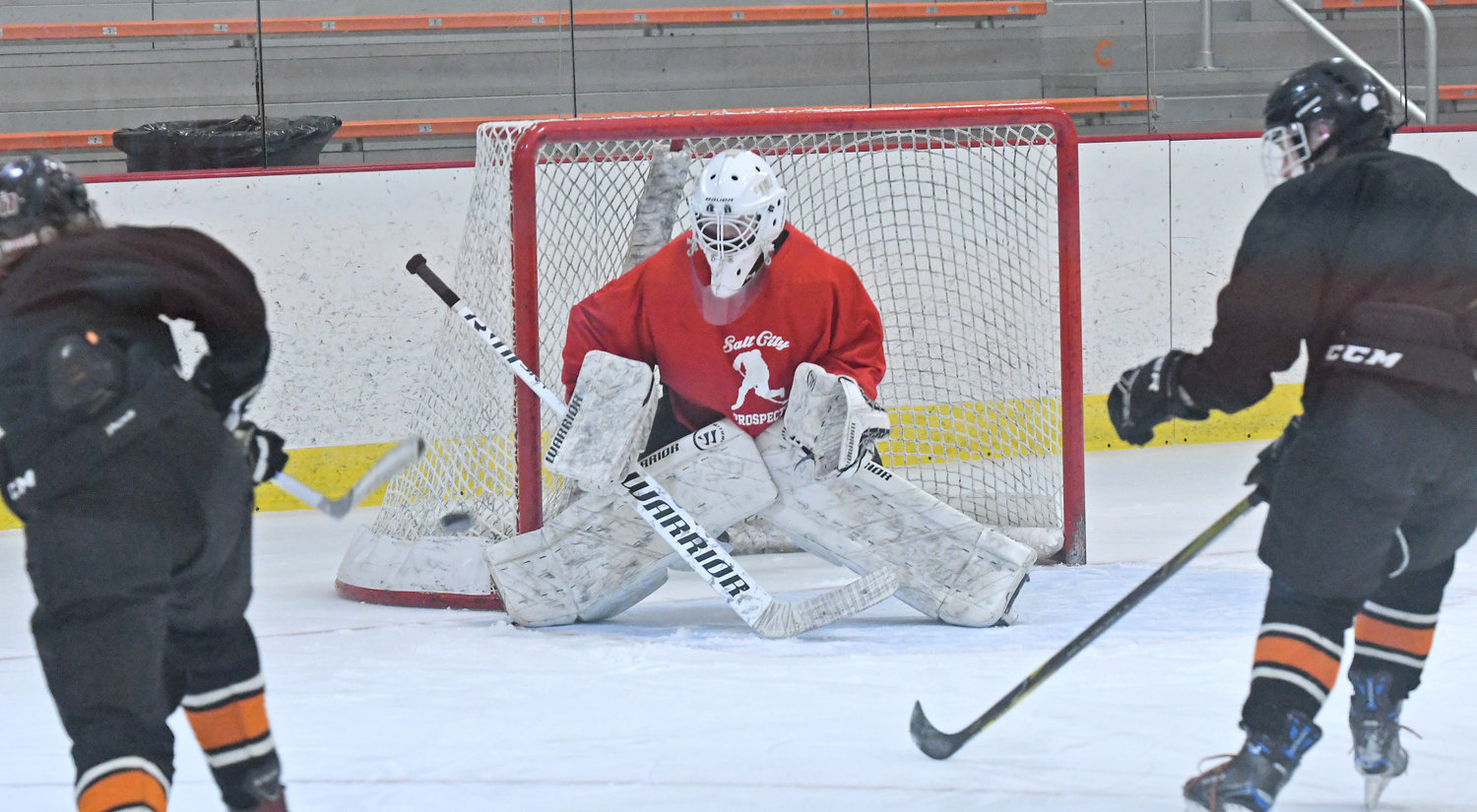 SQUARED UP — Rome Free Academy junior goalie Lenny Dormio stares down a shot during practice Monday afternoon at Kennedy Arena. It was the team’s first day on the ice this season as they await approval from the district and county for hockey, a COVID-19 high-risk sport, to be part of the winter sports season.
(Sentinel photos by John Clifford) 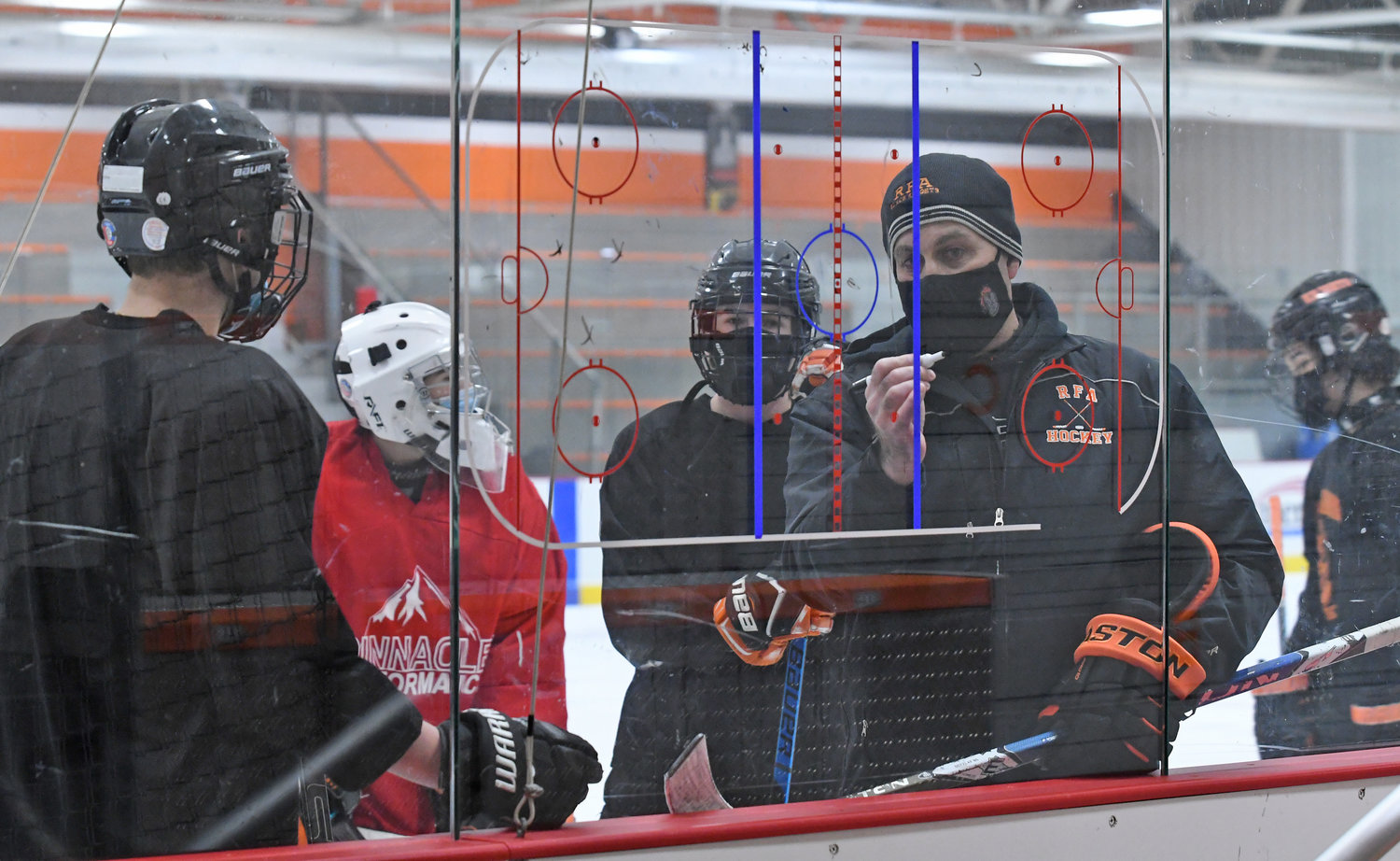 IN THE CLASSROOM — Rome Free Academy assistant hockey coach Dave Petrelli draws up a play during the early group practice at Kennedy Arena Monday. The team split players up into two groups for the team’s first practice.
(Sentinel photo by John Clifford) 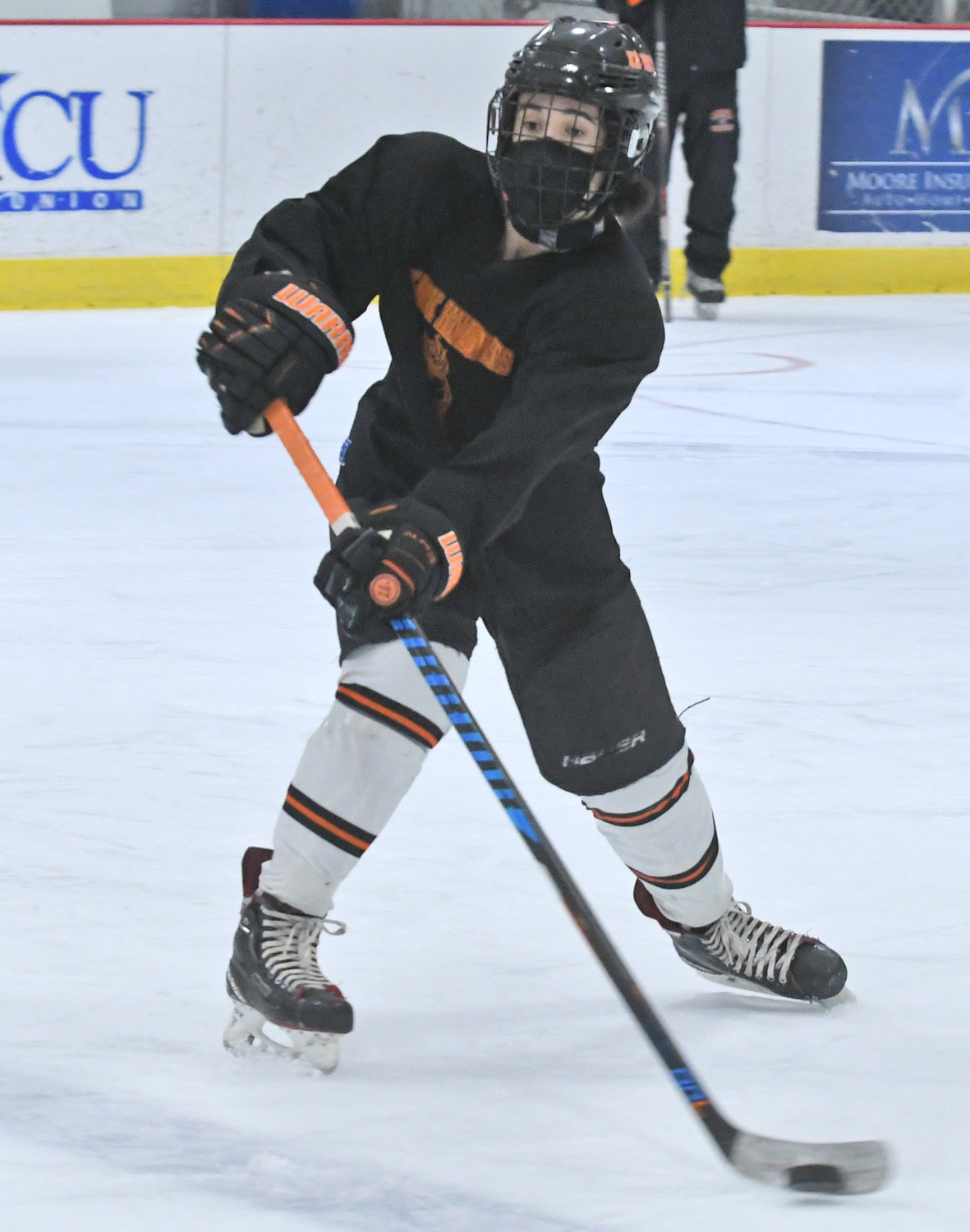 BACK ON THE ICE — Rome Free Academy senior defenseman Jared Hussey makes a pass during practice at Kennedy Arena Monday afternoon. It was the team's first practice as they await a decision from the school district and the county on whether hockey, a high-risk sport due to COVID-19, will be able to take place this winter in Rome.
(Sentinel photo by John Clifford)
Previous Next
Posted Tuesday, February 2, 2021 12:00 pm