If there is ever a ceremony where someone would want to give remarks, it is a National Honor Society induction ceremony, according to Rome City School District Superintendent Peter Blake. 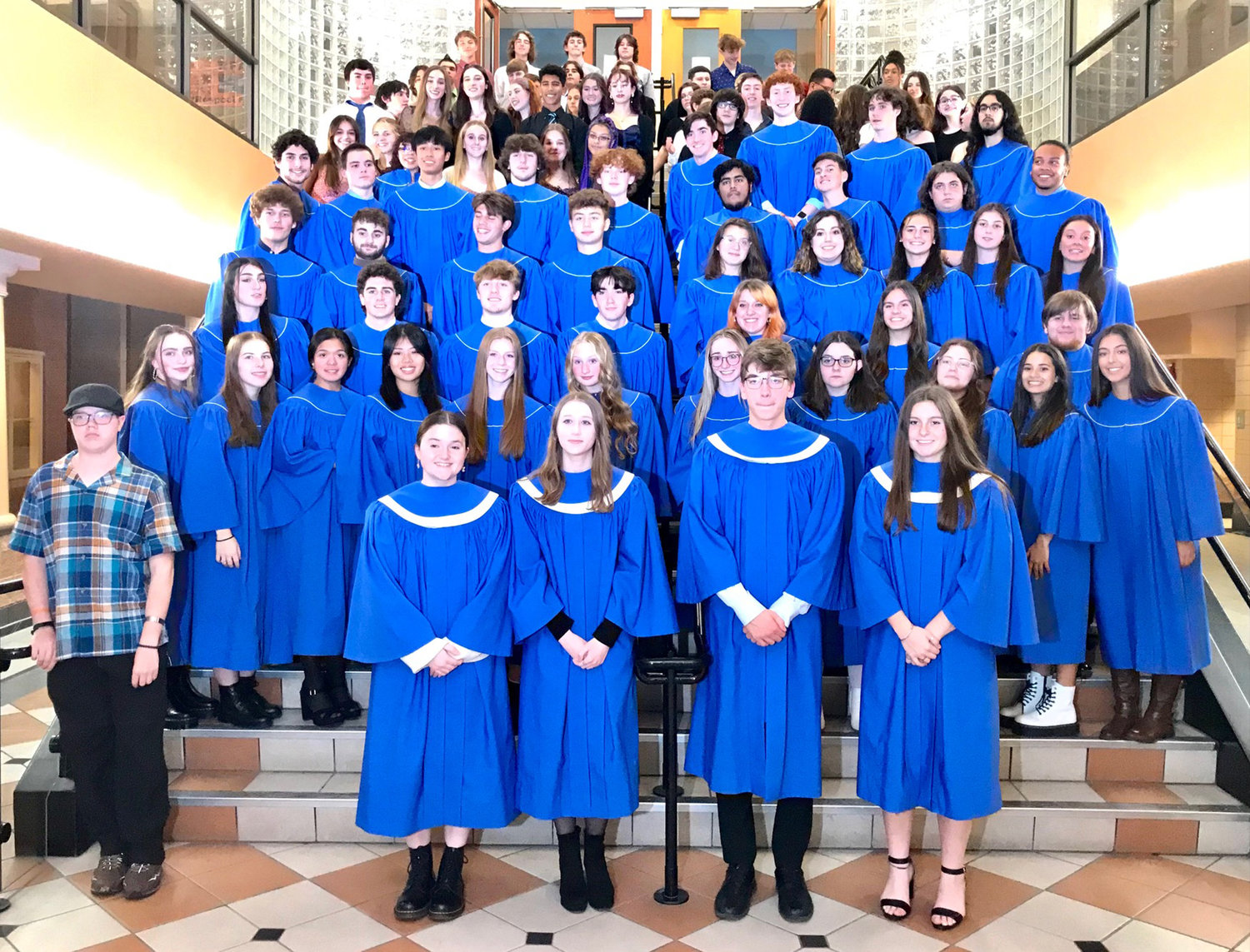 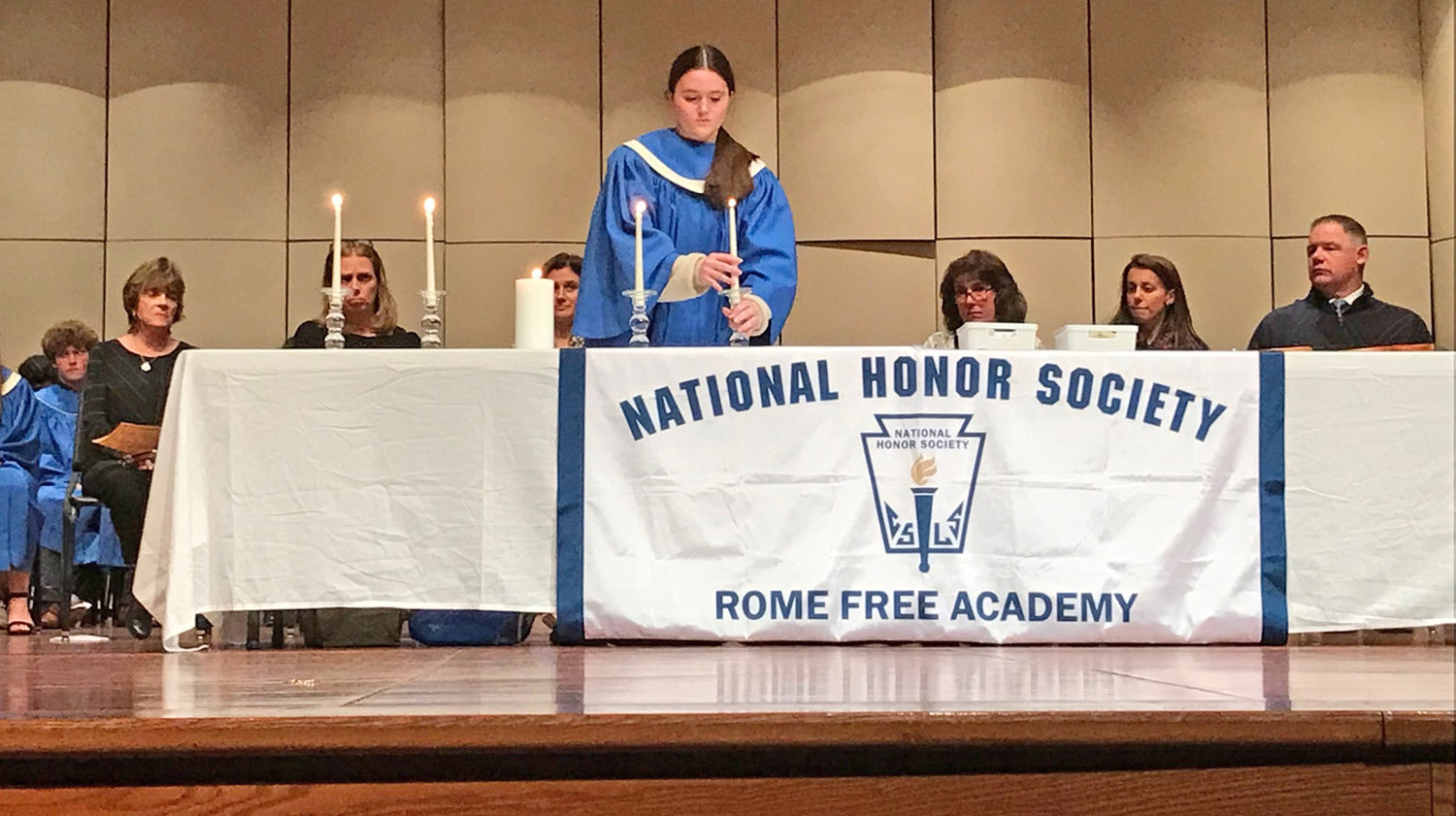 ROME — If there is ever a ceremony where someone would want to give remarks, it is a National Honor Society induction ceremony, according to Rome City School District Superintendent Peter Blake.

“If there’s a group of students in any school district that probably needs the least amount of remarks in terms of guidance and encouragement it would be these fine students on stage,” Blake said of the current and newly inducted National Honor Society members at Monday’s ceremony at Rome Free Academy.

There were 55 students inducted that evening into the RFA chapter of the National Honor Society. Students with a cumulative grade point average of at least 89.5 are eligible, but there is more to membership than simply scholarship and academics, Blake stressed.

Membership is also about being a well-rounded individual, he said.

Inductees are selected by an advisory council of six RFA teachers. The council inspects their applications for scholarship, service, character and citizenship, the four pillars of National Honor Society membership. Students wrote an essay about what those characteristics mean to each of them personally and showed they performed at least 10 service hours helping in community events.

Their NHS advisors are Christine Calogero and Kaila Garramone.

Four candles sat on the table in front of the students on the stage. NHS President Miranda McCormick lighted the first candle and spoke on “scholarship.” Vice President Dennis van Hoesel lighted the second and spoke on “service.” Secretary Katelyn Boyer and then Treasurer Abigail Bates lighted the final two, speaking on “character” and “leadership,” respectively.

Certificates were given to each of the new inductees, who then recited the National Honor Society Pledge.

LeBaron told them they could be whatever they wanted to be. And he concluded with what he said was his favorite saying.