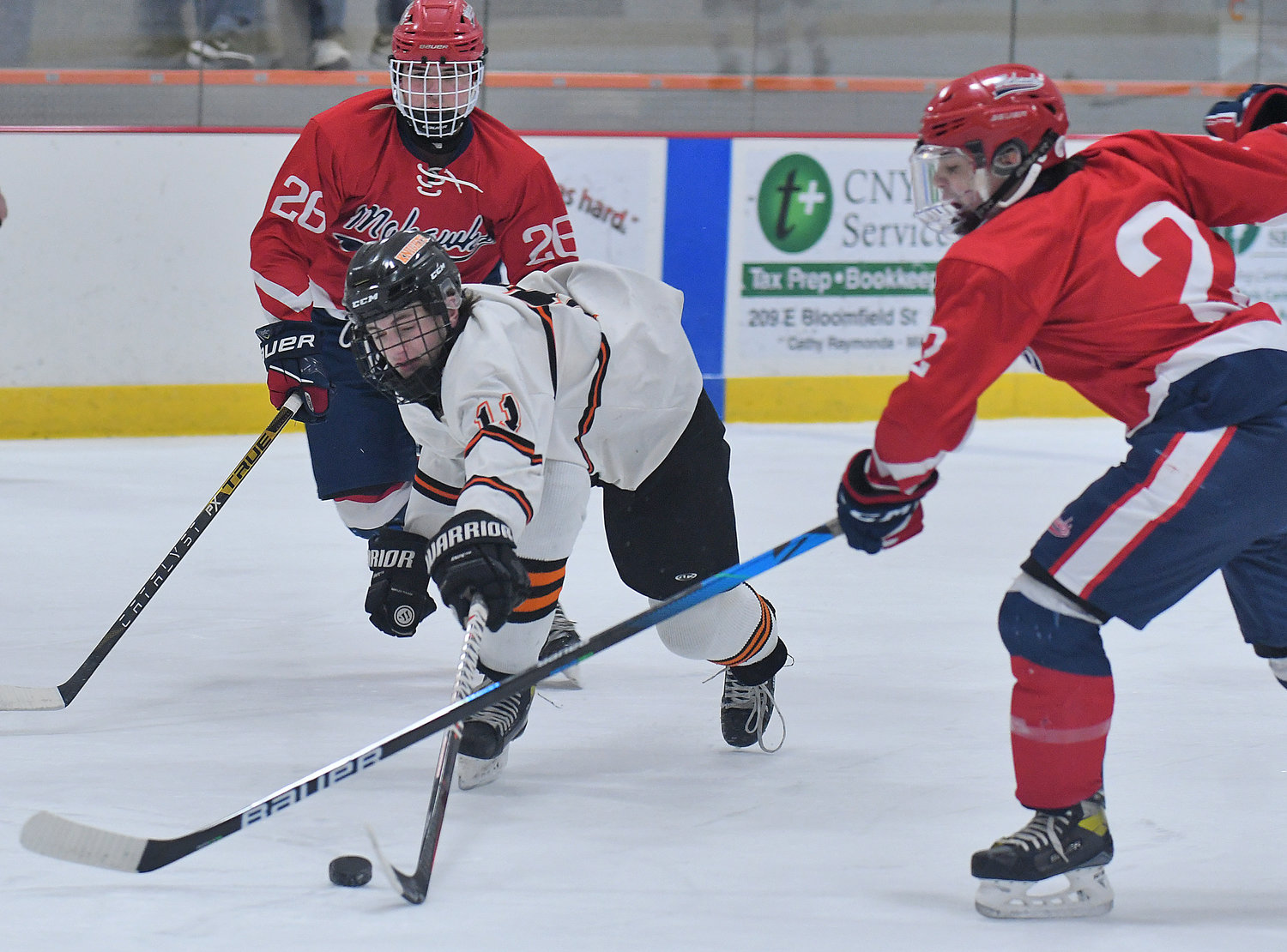 Rome Free Academy forward John Sharrino controls the puck while weaving through the defense of Niskayuna’s Dominic Calareso, left, and Luca Coppola in the first period Friday afternoon at home in Kennedy Arena. Sharrino had three goals and two assists in the Black Knights’ 10-0 win.
(Sentinel photo by John Clifford) 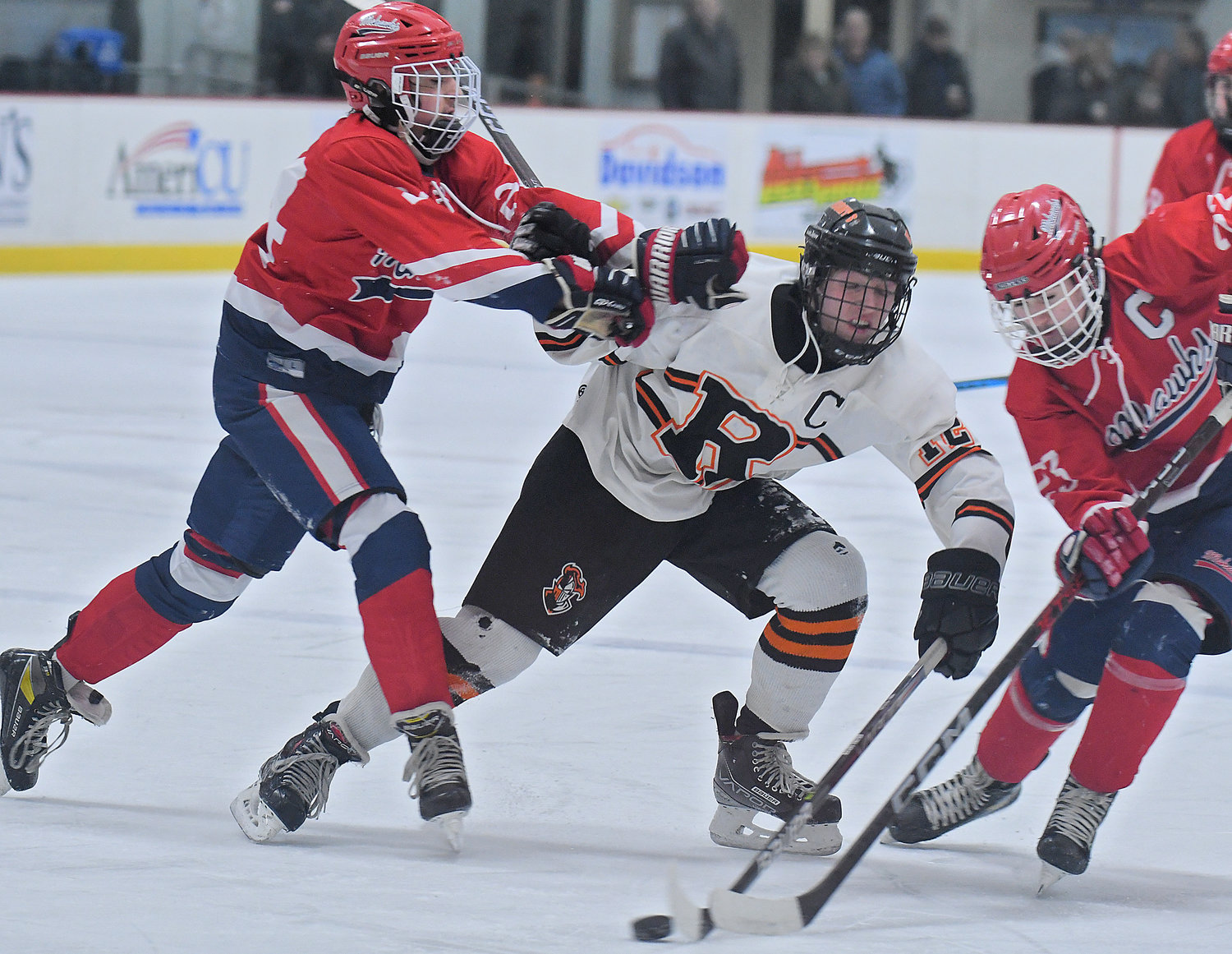 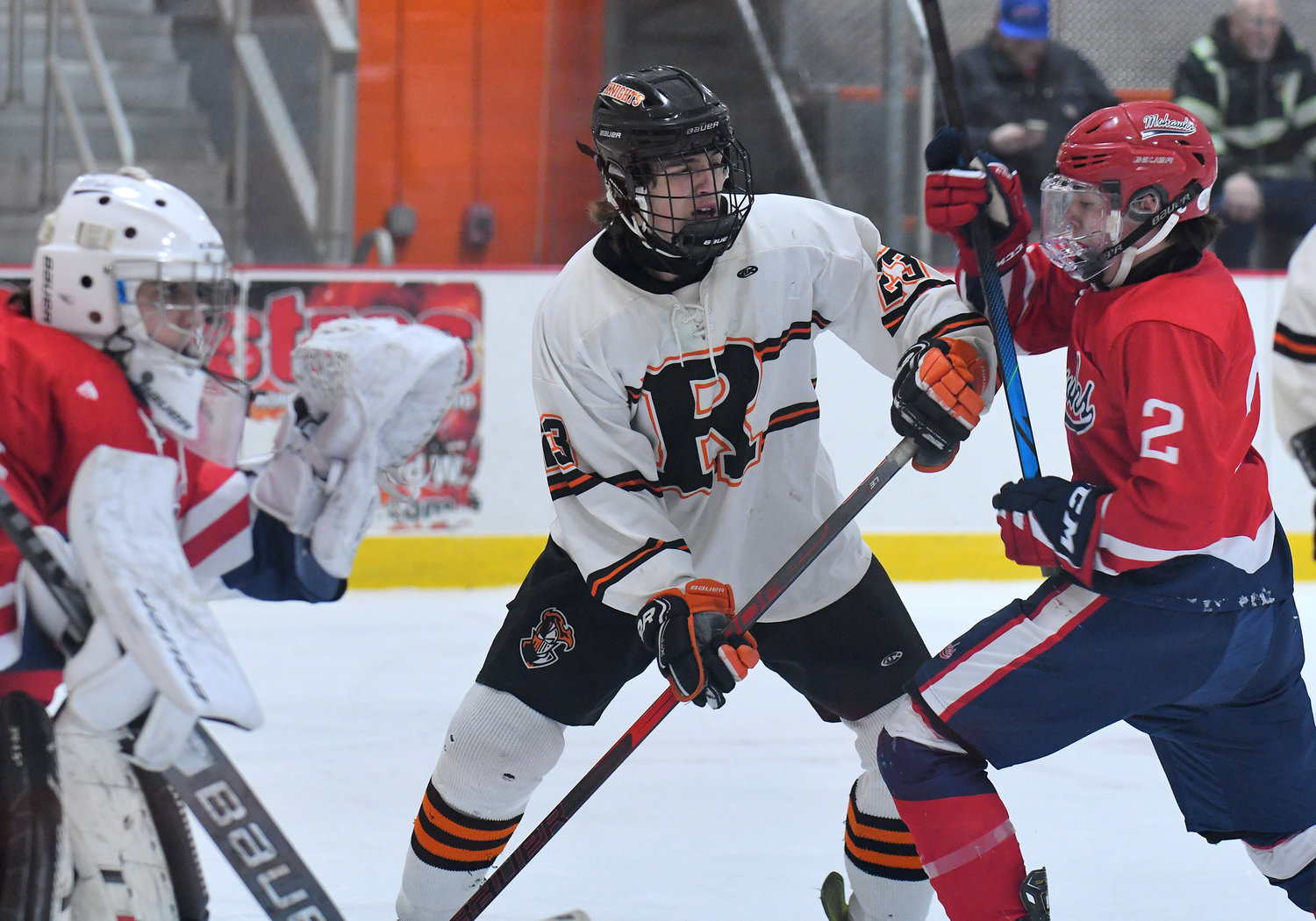 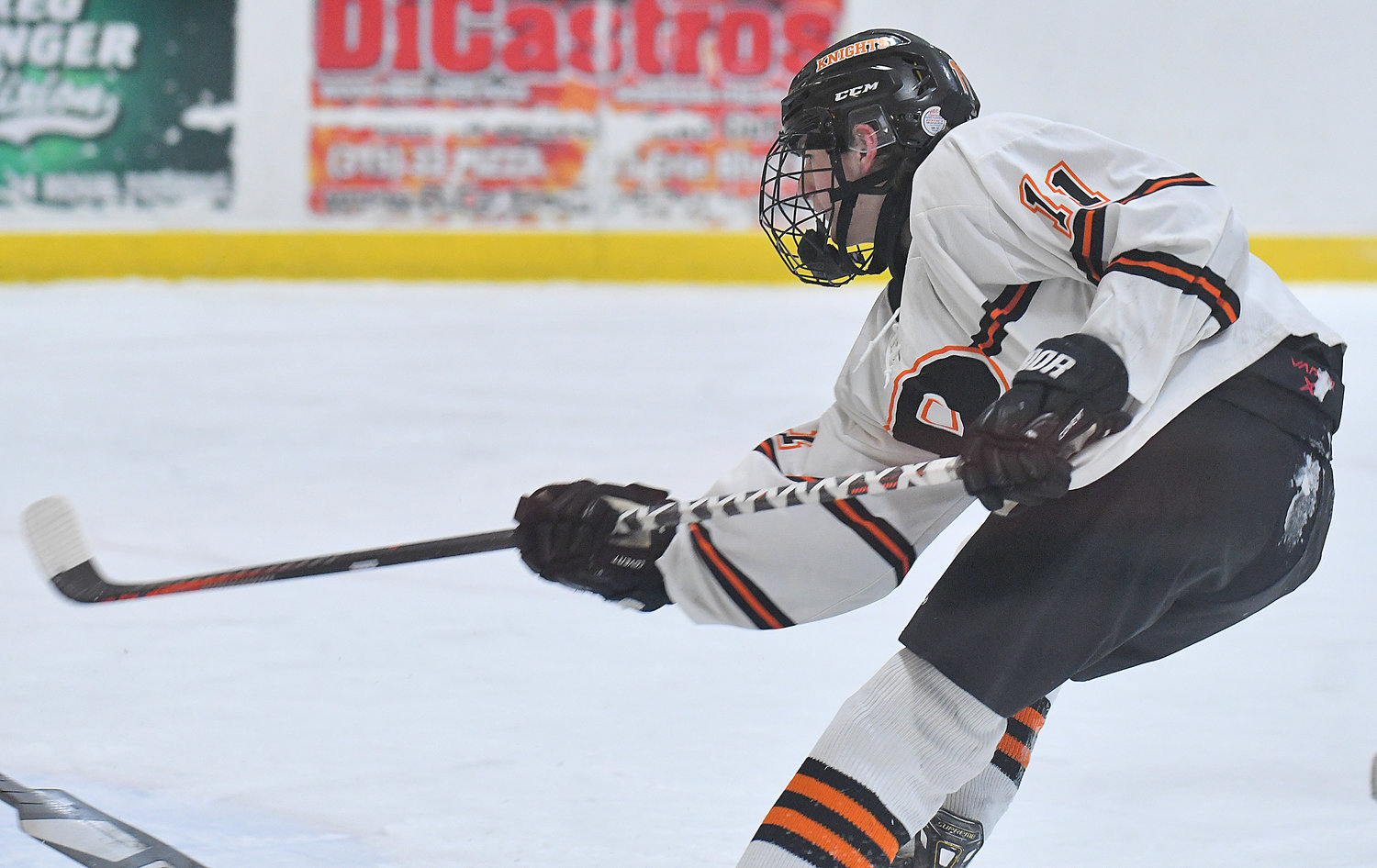 John Sharrino of Rome Free Academy buries a shot in the goal in the first period Friday afternoon at Kennedy Arena against Niskayuna. It was part of five-point game for him, with three goals and a pair of assists in the Black Knights' 10-0 win.
(Sentinel photo by John Clifford) 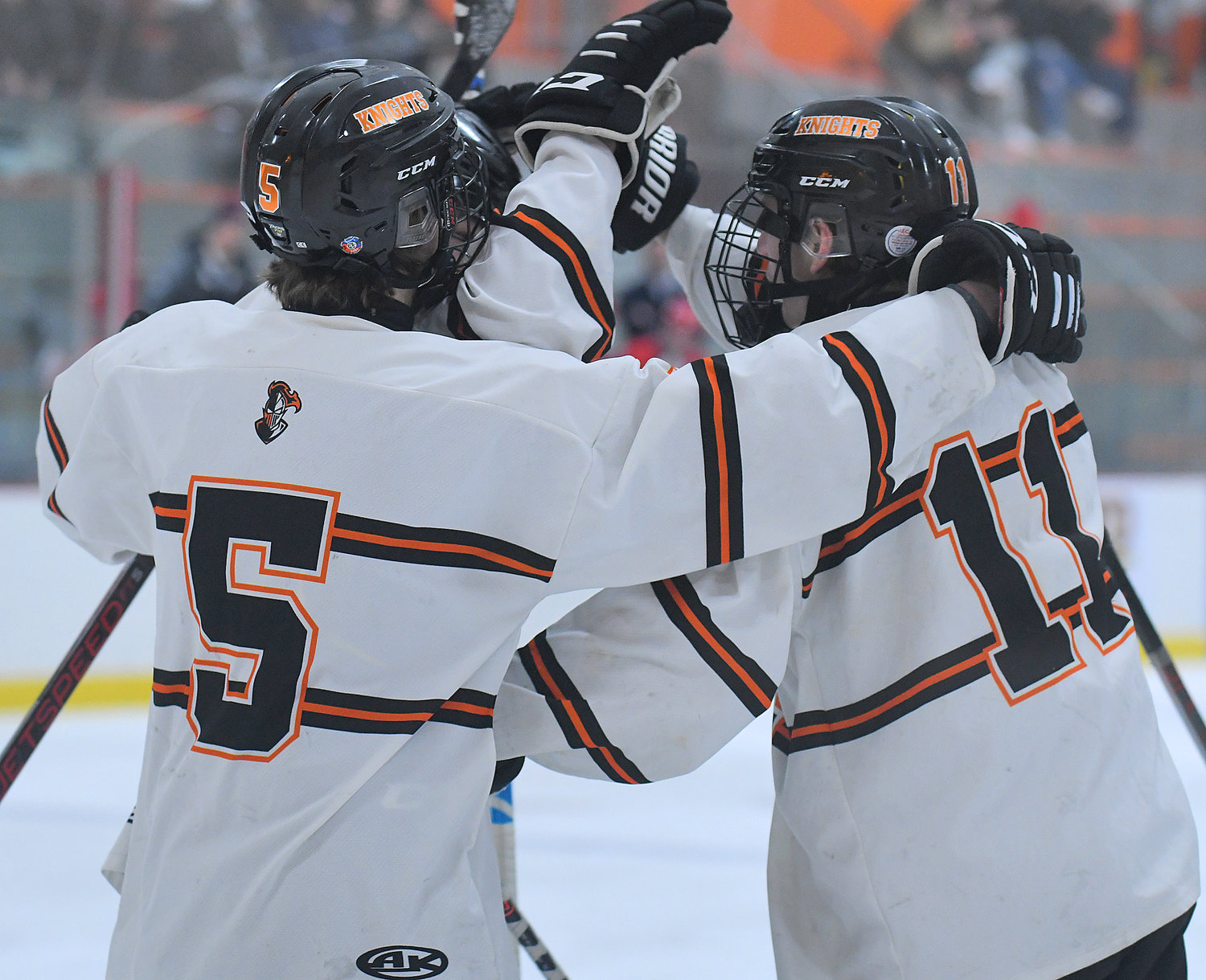 In goal for RFA, starter Braeden Sturtevant made seven saves for the win. He gave way to Jaemeson Keith, who stoppd three shots in the third period.

Next up for the Black Knights is a home game against Watertown IHC at 1 this afternoon in the league.