Dwayne “The Rock” Johnson finally pulls on some superhero tights to join the fray, delivering an action-packed, over-written spectacle in “Black Adam.” 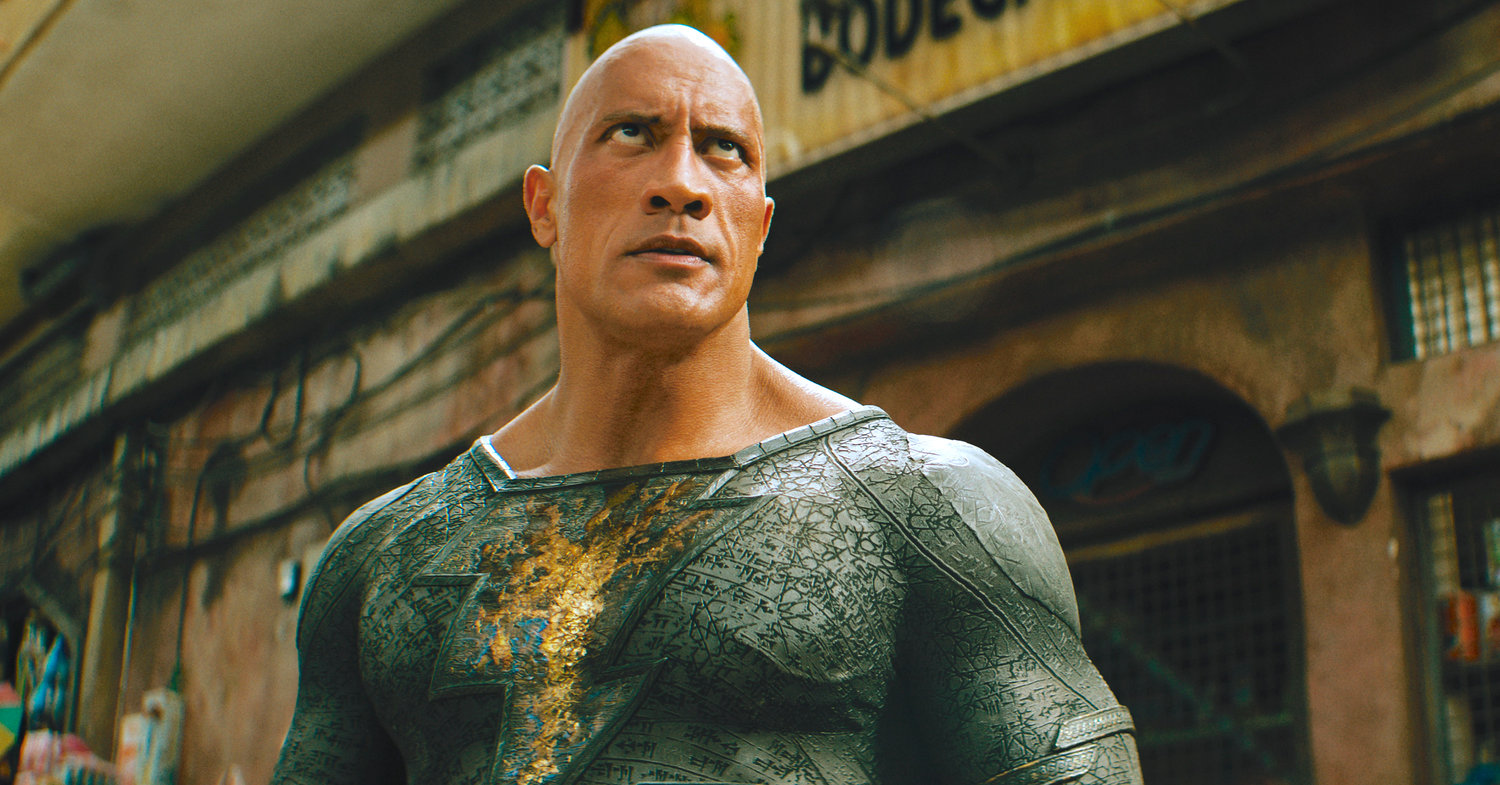 Dwayne “The Rock” Johnson finally pulls on some superhero tights to join the fray, delivering an action-packed, over-written spectacle in “Black Adam.”

Marvel Studios are not the only shop in town for big budget superhero movies. Its competition at DC Comics is still chugging along when and where they can, and their latest feature - “Black Adam” - is really just an excuse to put The Rock on the biggest, baddest screens possible. His movie is full of energy and determination, and makes for an entertaining watch.

“Black Adam” isn’t about to dethrone the mighty Marvel movies, but it’s nonetheless a good time at the theater in its own right.

The Rock plays Teth Adam, a slave from 5,000 BC who is granted super-powers to dethrone the ruthless king of his ancient nation of Khandaq. Frozen in time until the present day, Adam emerges to a modern Khandaq that is under the thumb of more evil bad guys, so he uses his powers to start killing them too - which catches the attention of the Justice Society.

If all the names and details in that little recap already sound a bit much, the movie is no better. “Black Adam” decided to drop a ton of exposition on its audience, from Black Adam’s ancient history to the villain’s magical crown to a whole team of brand new superheroes who show up to fight him. If you’ve got superhero movie fatigue, “Black Adam” doesn’t care.

But if you love superhero movies and want to see a big, new adventure on the silver screen, then “Black Adam” definitely delivers. Dwayne Johnson is as personable as ever, relying on dry wit and one-liners to get a few chuckles as the stoic Adam. And the action is top notch, flashing his incredible super-powers at every opportunity.

Black Adam is as big and tough as you’d expect a superhero played by The Rock to be.

The Justice Society supporting characters also add an extra bounce to the movie. The bad guys that Black Adam fights are not very memorable or meaningful. So putting him up against a whole team of big, colorful superheroes, each with their own unique powers, gives the movie a lot more to boast about.

You might not know Hawkman or Dr. Fate or Atom Smasher, but they’re a lot of fun on the big screen as they trade blows with Black Adam.

Your enjoyment of this new superhero movie will largely depend on whether or not you like superhero movies to begin with, and whether or not you like The Rock as a leading man. “Black Adam” is not a Marvel movie, it’s the competition and it’s largely trying its own style. And that style is big, in-your-face action with a ton of CGI effects and a lot of The Rock kicking butt.

“Black Adam” is not a must-see film and it doesn’t bring anything new or unique to the superhero movie market. It’s just a big fun one, and sometimes that’s enough.

“Black Adam” is only playing in theaters and is not available to stream at home.

For more discussion on the movie, tune in to the Sentinel Cinema podcast at www.ursentinel.com/podcasts.