REVIEW: ‘The Batman’ will delight fans of franchise 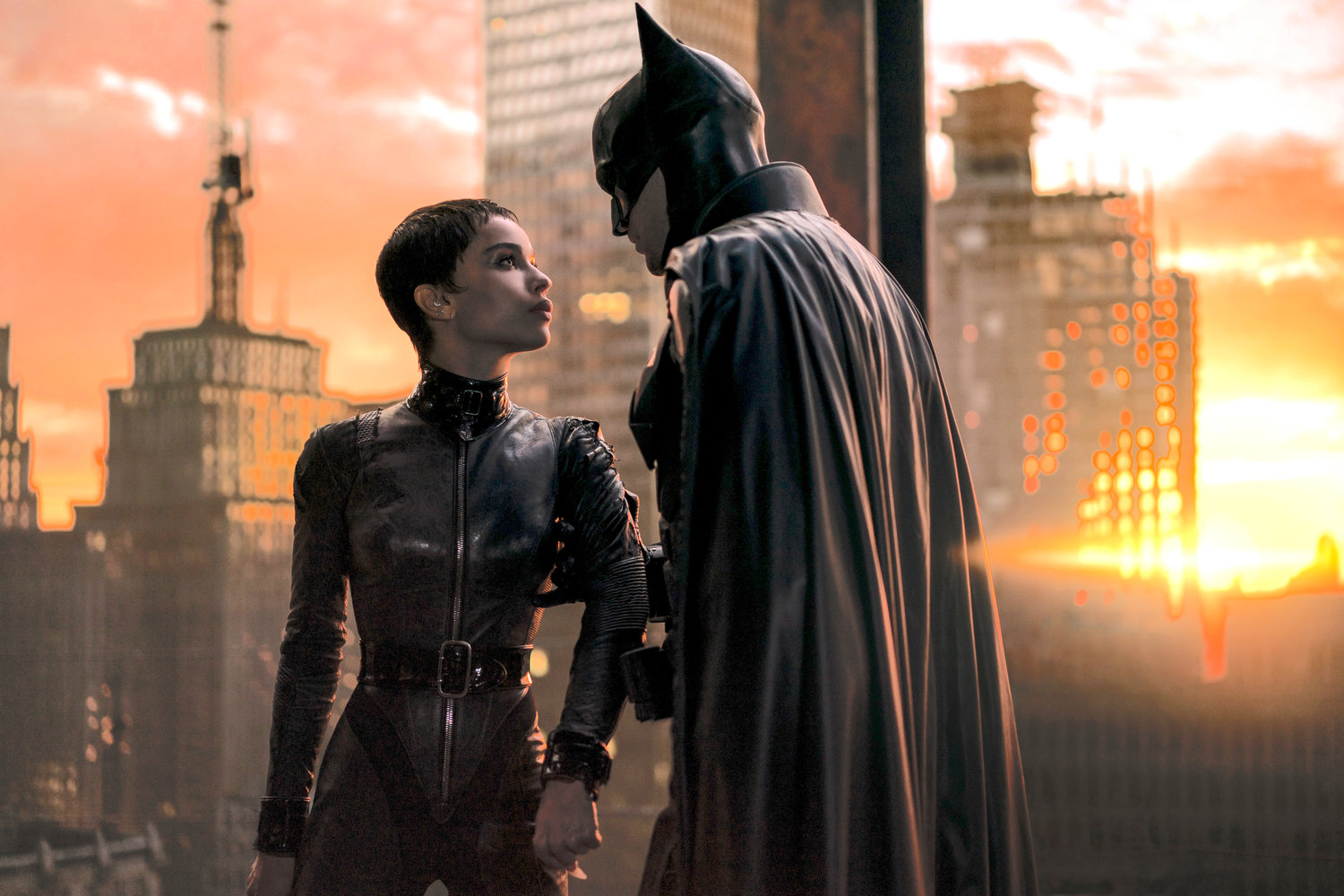 Grittier makeover — Zoe Kravitz, left, and Robert Pattinson in a scene from “The Batman.”
AP(Jonathan Olley/Warner Bros. Pictures via AP)

You can’t keep a good Caped Crusader down, so “The Batman” is here to kick off yet another Batman movie franchise. Several decades now of Batman on the big screen have all been boiled down to this big, long, awesome Batman adventure.

Batman is big money for Warner Bros. Always has been. And with the superhero movie craze still at full strength, a new series of Batman movies was inevitable. But forget everything you know about Adam West, Julie Newmar, Michael Keaton, Christian Bale, Heath Ledger and even Ben Affleck, because “The Batman” starts over from scratch with a new Batman, new Catwoman, new everybody.

“The Batman” is currently playing in theaters at nearly three hours. Your ability to sit through the entire film and enjoy the whole thing will largely depend on just how much you like watching Batman movies.

Actor Robert Pattinson dons the cape and cowl this time around as the Batman is pitted against the Riddler, who taunts the Dark Knight with a series of high profile murders and puzzles. Catwoman, the Penguin, Alfred and Commissioner Gordon are all along for the ride.

More so than a typical movie, “The Batman” is just one big Batman story. Batman and his classic allies go up against his classic villains, with quality action scenes, really neat detective work and a standout Batmobile car chase. “The Batman” isn’t trying to be any sort of prestige flick or deep rumination on humanity. It’s just Batman fighting crime and solving villain-themed mysteries.

And all of it is done really well. A lot of thought went into mood, music and style to create another dark, edgy, and super cool Dark Knight. There have been a half dozen different Batmen on the big screen over the decades, and “The Batman” takes all of the lessons learned from those movies and distills them all into their basic essence. This is Batman at his most basic and simple, and it really works.

A stellar cast helps to bring all of it to life. Pattinson gets to play one of the most complete and developed versions of Batman in years. And the likes of Paul Dano, Zoë Kravitz and Collin Farrell fill out the classic villain roles, maintaining the characters we know and love while giving them this new, grittier makeover.

The Riddler is especially well done, providing the movie with a real interesting mystery that carries everyone through the entire three hours. “The Batman” is a good murder mystery with superhero elements added.

“The Batman” accomplishes everything it sets out to accomplish and creates a new but familiar version of this classic and very popular superhero. Fans of the characters will find a lot to love. But, ultimately, your enjoyment of this three-hour film really will come down to whether or not you want to watch yet another Batman movie.