The alien abduction genre gets a spooky new entry with “Nope,” the latest from current horror movie icon Jordan Peele. 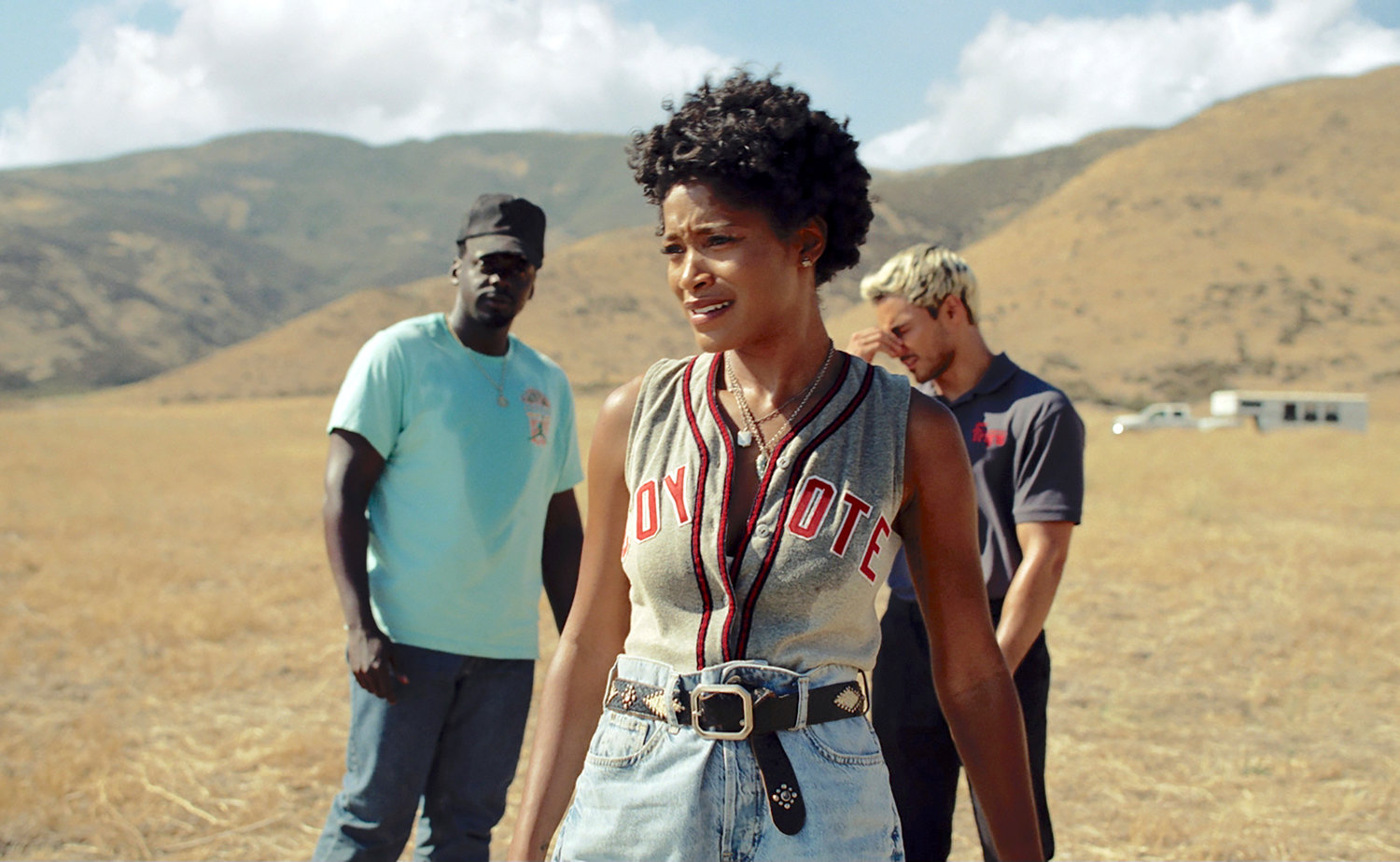 The alien abduction genre gets a spooky new entry with “Nope,” the latest from current horror movie icon Jordan Peele.

Peele, who rose to fame through comedy, had cemented his position as one of Hollywood’s leading horror directors even before the release of his new film, with hit movies like “Get Out” and “Us.” Now we have “Nope,” another creepy and unsettling picture that works on a surface level, then has layers of social commentary, if you feel like digging deeper.

Set on a horse ranch outside Hollywood, “Nope” follows the Haywood siblings as they begin to realize there’s something suspicious floating amongst the clouds above their ranch. Realizing they might be host to a UFO, the siblings set about trying to get some crystal clear footage that they can sell for fame and money.

“Nope” is a very spooky film. Peele masters the terrifying sensation that there’s something dangerous lurking nearby, just out of sight. The characters and the audience get only fleeting glimpses of the alien craft as it darts between the clouds, just enough to send a chill down your spine.

The film then expands into a bit more suspense and action, but the horror still lingers. There’s at least one scene of an alien abduction that may haunt your dreams, especially since you won’t really know what’s going on until the whole film is over. The imagery and the sense of doom is terrifying once the whole picture is revealed.

“Nope” also works on several different levels. Along with the alien abduction storyline, there are deeper themes about our relationship with entertainment. The Haywood siblings trying to get the UFO on camera is a major storyline, and it explores the back and forth between filmmakers and their audience. This adds an extra touch of intrigue to the whole experience.

“Nope” isn’t a masterpiece or an instant hit, like some of Peele’s other horror films. It can be really quiet at times, in between the horror elements. But the movie knows how to create characters, build tension and give the audience some great visuals to bring it all together.

Actors Daniel Kaluuya and Keke Palmer do a great job as the Haywood siblings, one stoic and the other very energetic. They keep the horror grounded on real people and help deliver a solid story.

If you want a good, enjoyable horror film that will chill your spine and doesn’t rely on gore or violence, “Nope” is exactly what you’re looking for at the theater. Just don’t let it scar you for life.

“Nope” is only playing in theaters and is not yet available at home for streaming.

For more discussion of the movie “Nope,” check out the Sentinel Cinema podcast this week, online, at: https://romesentinel.com/stories/marcel-the-shell-with-shoes-on-and-nope,138648