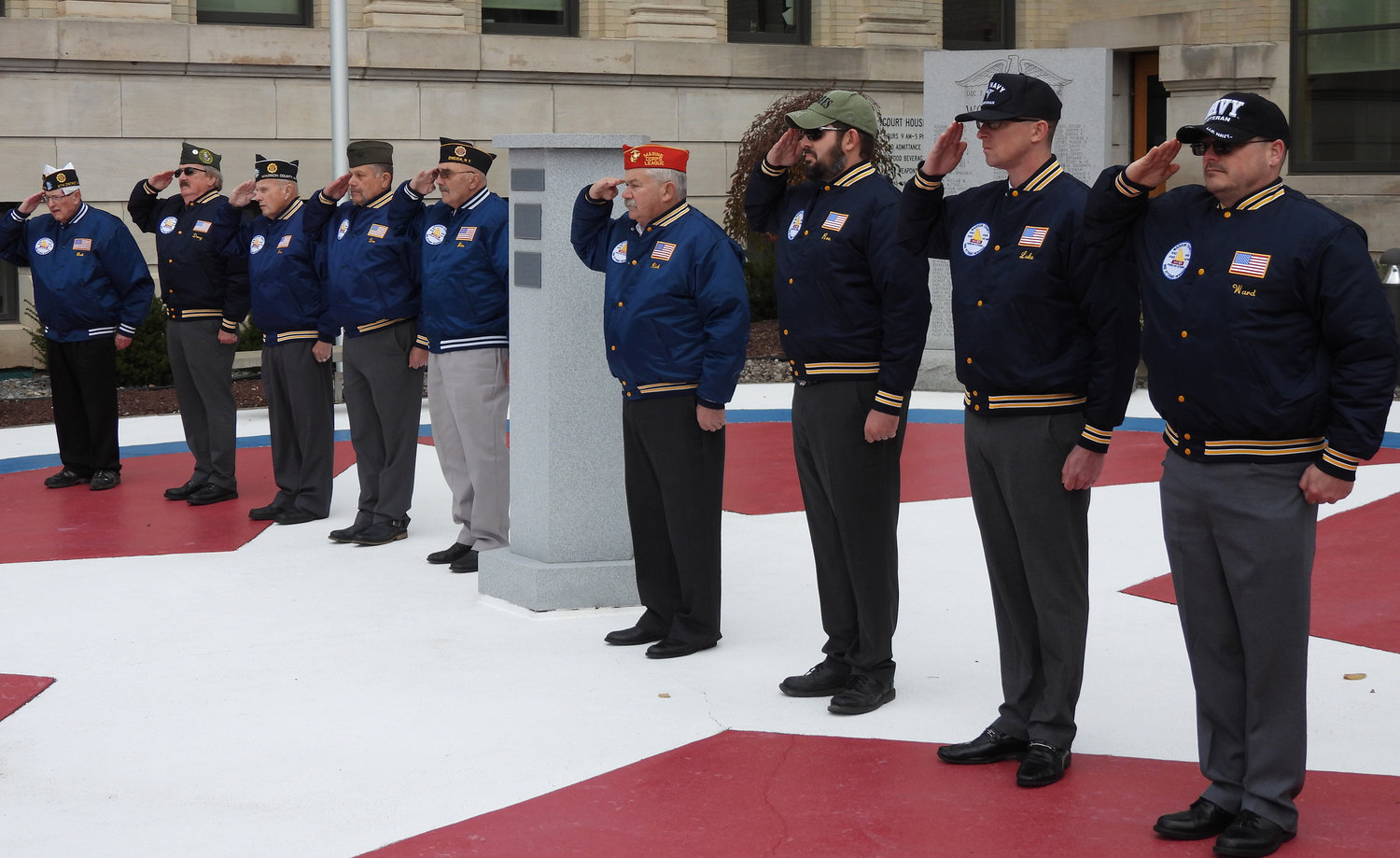 REMEMBERING THE VETERANS — Members of the Madison County War Veterans Memorial committee stand at attention and salute at the Veterans Memorial in Wampsville at their annual Veterans Day Observance Ceremony, Nov. 11, 2021.
(Sentinel photos by Charles Pritchard) 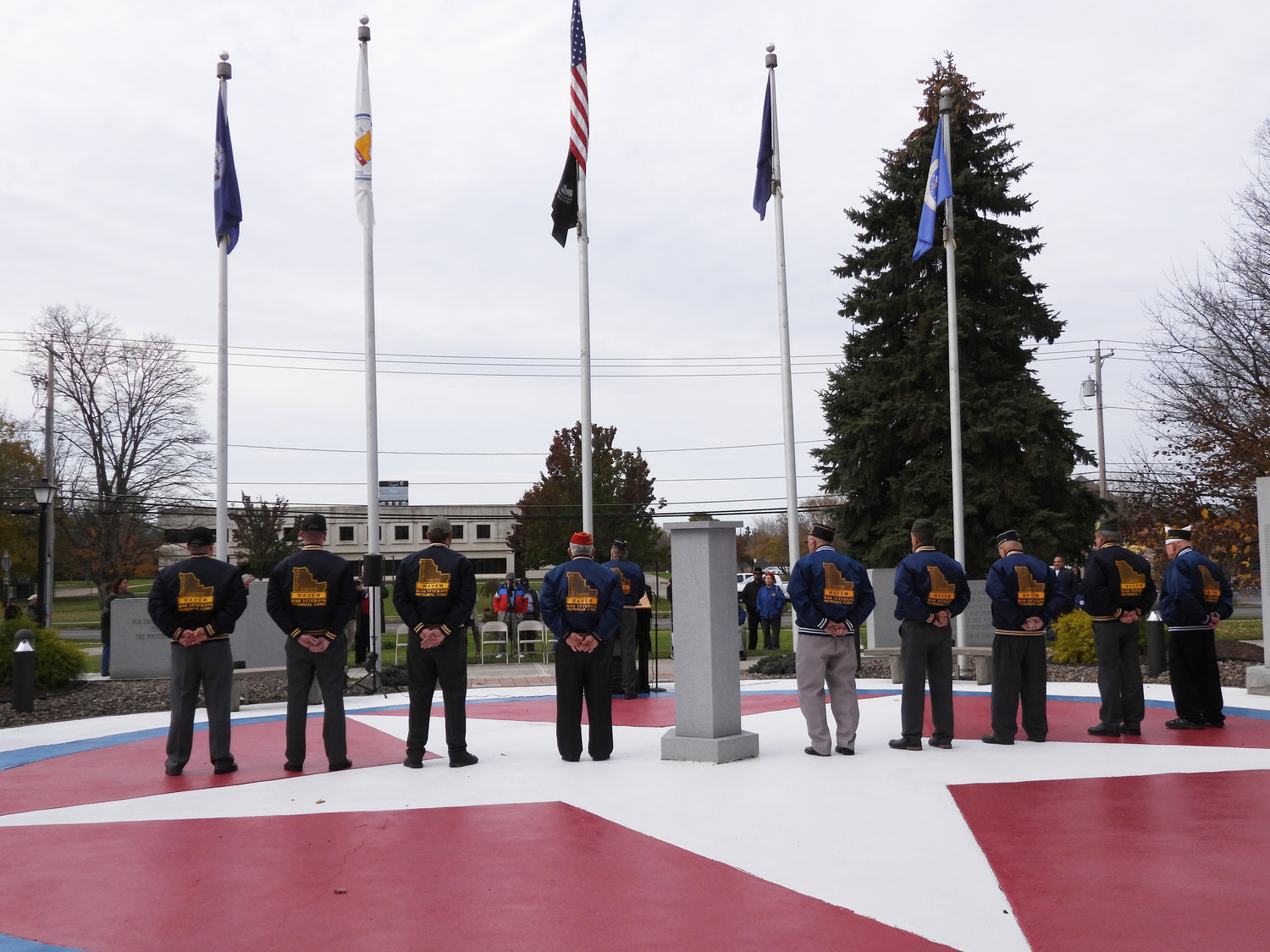 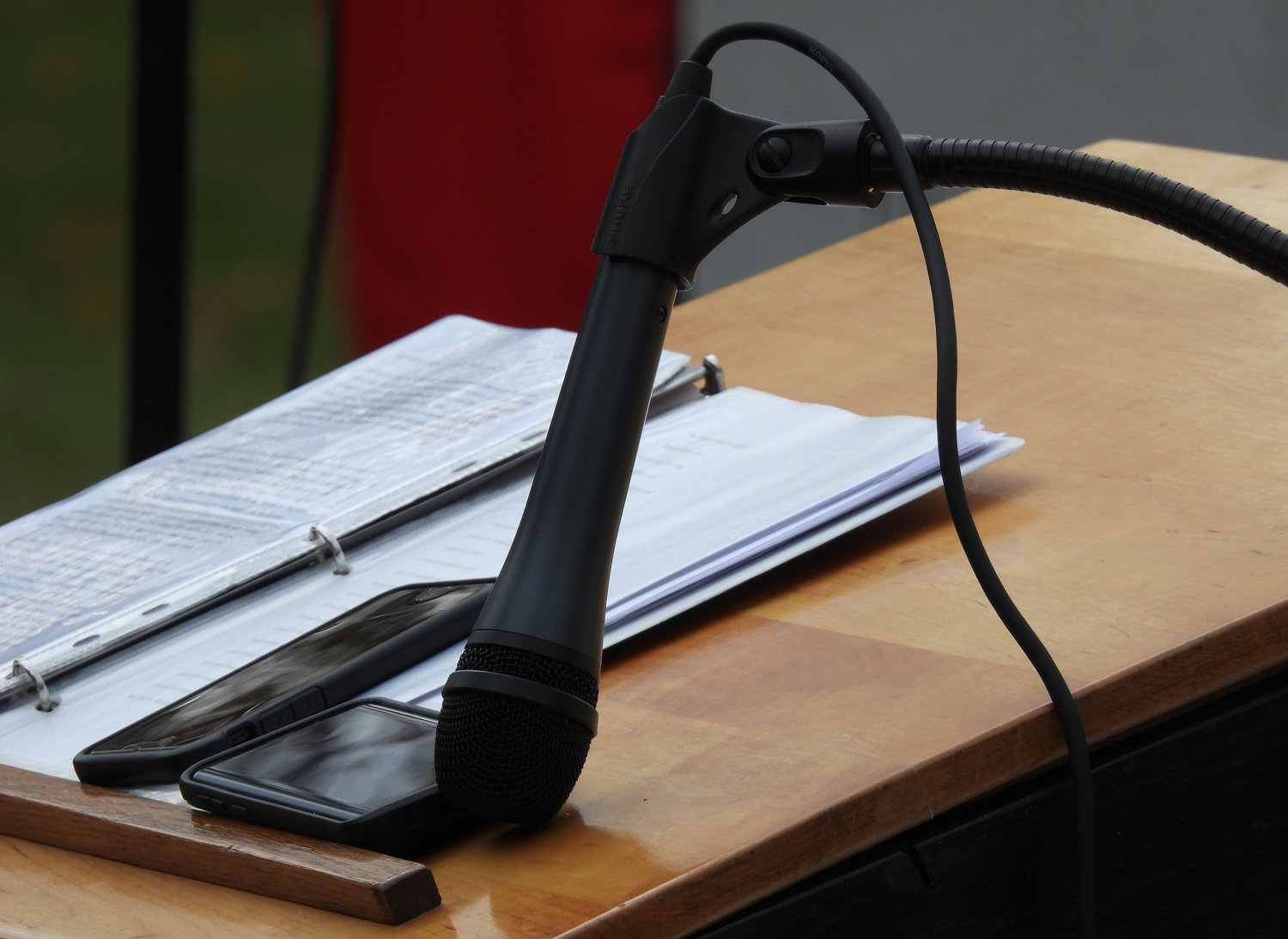 WAMPSVILLE — On a chilly November morning, the Madison County War Veterans Memorial committee observed Veterans Day, remembering and honoring the service of all with an observance Thursday.

This year, the guest speaker was MSgt. Michael Ano, who entered the Fleet Marine Corps after completing boot camp on Oct. 14, 1975, serving until retiring on Oct. 31, 1997.

Ano was unable to attend the ceremony in person, being diagnosed with COVID-19 the night before. With the help of his cell phone, he was able to give the speech he prepared anyway.

Ano commented that things had gone “full circle” for him, speaking at a Veterans Day event.

“One of my highlights growing up in the area was almost 50 years ago when I won the Madison County American Legion Oratorical Contest,” he said.

“I wrote about Thomas Paine’s ‘Common Sense,’ and how it was about liberty from the British. I entitled the piece ‘The Rights Which We Defend.’ And it became the basis for my patriotism,” he added.

Ano said he’s dedicated his life to his country, God, his family, and the Marine Corps. “I’m a firm believer in the American Dream.”

He defined a veteran as someone who “...writes a blank check payable to the United States up to and equal to their life.”

“There’s around 19 million of us around in the United States today,” Ano said. “That’s about 10% of the population.”

“As veterans, we will defend our country at any cost,” he continued. “We’ve done things that haunt us at night so people can sleep in peace. We sacrifice a lot, so people can live free. And we’re part of the eternal flame of memory of our brothers and sisters who have died in service to country.”

“We are, and will always be, veterans. And our oath doesn’t have an expiration date.”

In attendance were local officials of Madison County and Senator Rachel May, D-53. Victor Ramirez, owner of the Madison Bistro, sang the National Anthem.