Americans cut back on spending in December, the second consecutive month they’ve done so, underscoring how inflation and the rising cost of using credit cards slowed consumer activity. 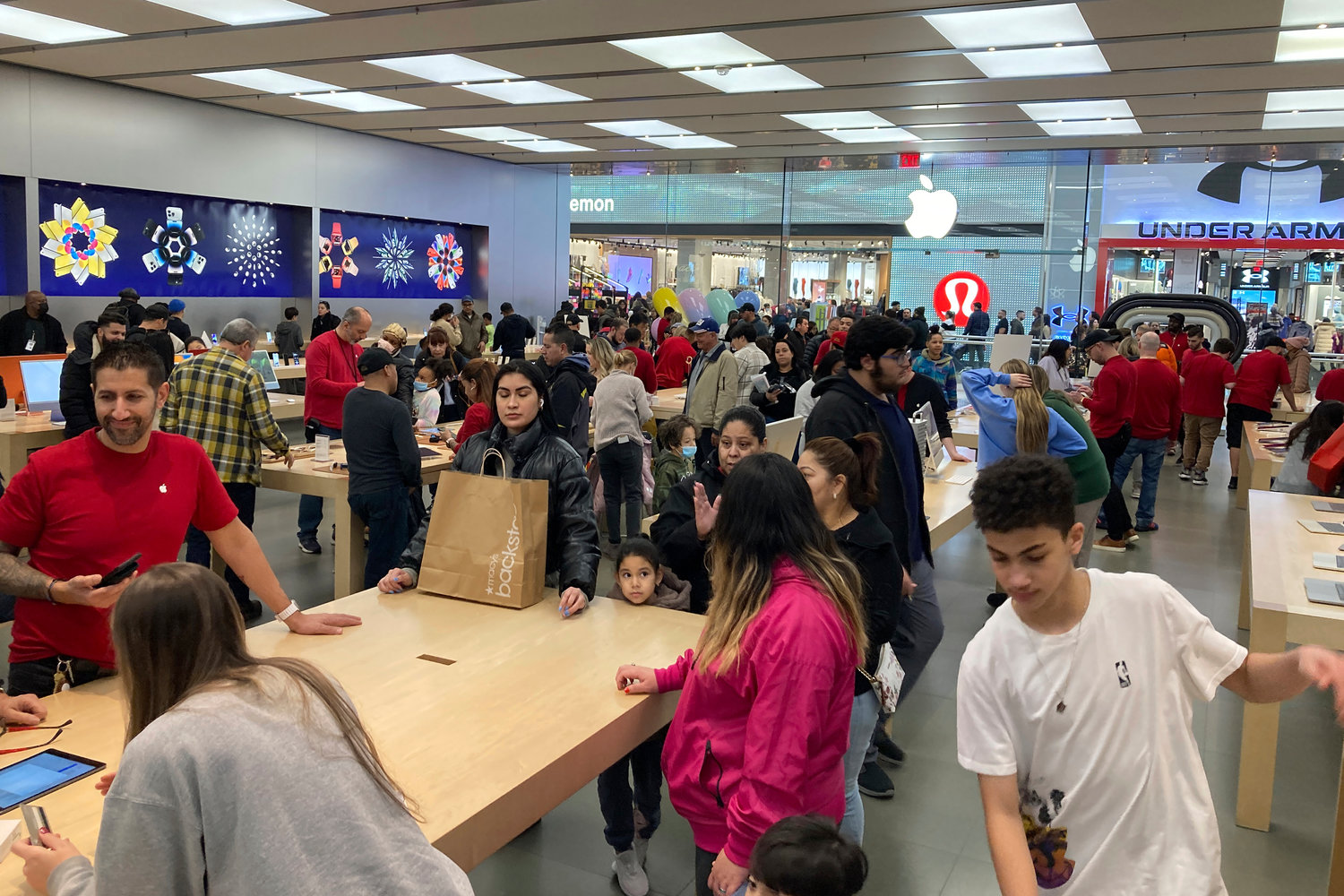 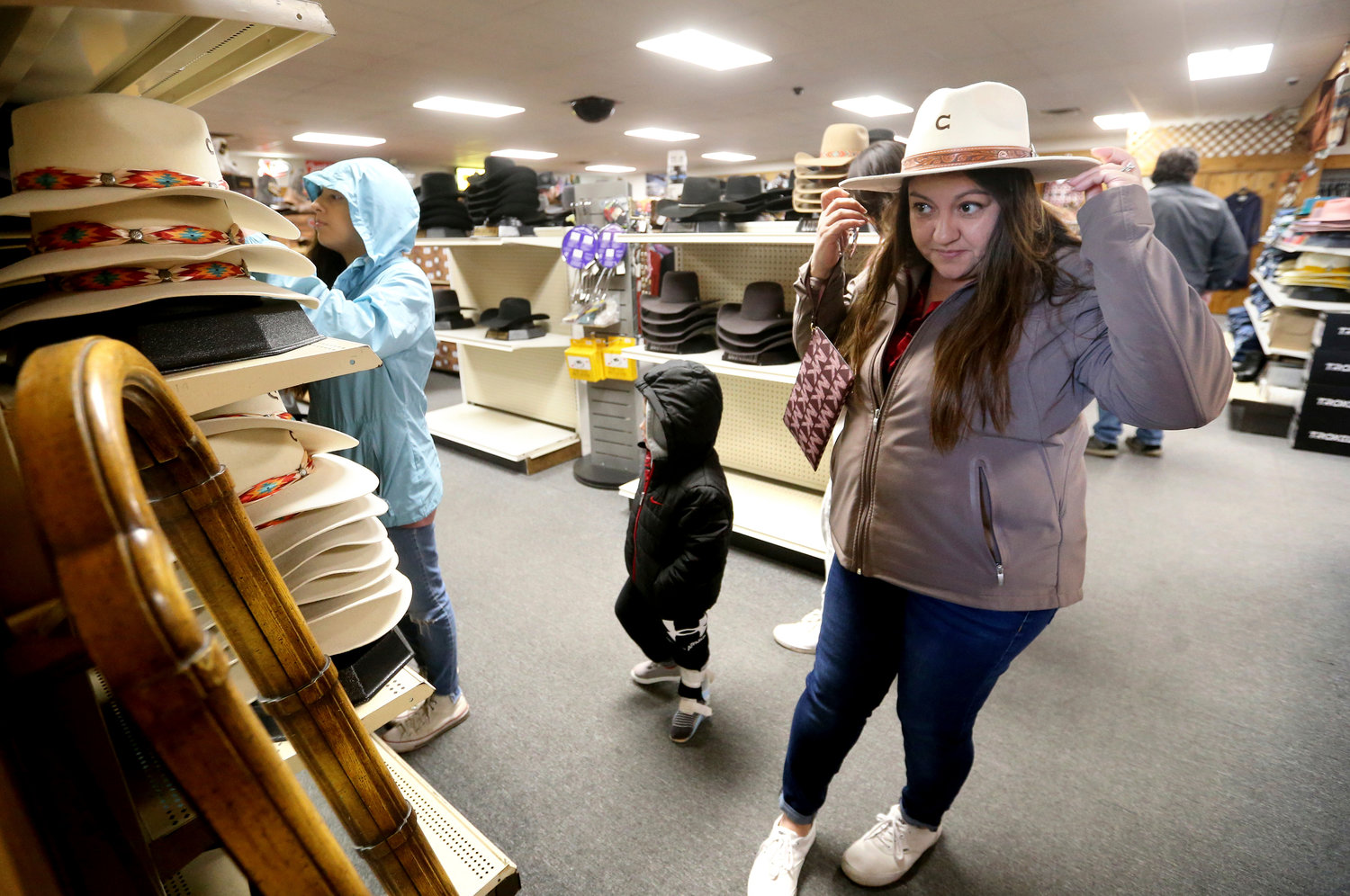 NEW YORK — Americans cut back on spending in December, the second consecutive month they’ve done so, underscoring how inflation and the rising cost of using credit cards slowed consumer activity over the crucial holiday season.

The Fed raised its key interest rate in December for the seventh time in 2022 for exactly that reason as it tries to cool spending and inflation. Retail sales are not adjusted for inflation unlike many other government reports. Higher prices inflate sales, while lower prices push sales down. December buying was also hurt because shoppers started buying their gifts in October.

Still, “There are cracks appearing in the resiliency that consumers have shown in 2022, as higher prices, interest rate increases and the uncertainty of the macroeconomic environment finally take their toll,” Moody’s Vice President Mickey Chadha said in a report.

Chadha noted that the low unemployment rate and wage gains have so far supported consumer spending, but in the coming months, Moody’s sees consumers increasingly being “more selective” in their spending and postponing purchases, putting a damper on retail sales in the first half of the year.

The challenging economic environment is expected to push the struggling retailers over the edge. Party supplies chain Party City filed for Chapter 11 bankruptcy this week, after struggling with widening losses and sales declines.

Spending had remained resilient despite a spike in inflation that began almost 19 months ago, but the capacity of Americans to continue that spending has ebbed.

Solid hiring, rising pay, and savings beefed up by government financial support during the pandemic enabled most Americans to keep up with rising prices. That government assistance has long ended, however, and some Americans have dipped into savings accounts since then. Credit card defaults are on the rise with some households slow to adjust their spending to a new reality.

Still, the job market continues to be a pillar of strength in the U.S. economy and wages are still rising, creating a conflict for the Fed, which needs to cool spending and hiring to control inflation.

Inflation does appear, at least at the moment, to be in retreat. Inflation fell to 6.5% in December, the sixth consecutive month of declines.

On a monthly basis, prices actually slipped 0.1% from November to December, the first such drop since May 2020.

Goods are still a lot more expensive than they were last year, however, and that has begun to become evident in the bottom line for many major retailers. Stores have had to discount more heavily this season to get shoppers to buy.

Macy’s tempered its quarterly sales outlook this month after customers spent less than expected during the lull between Thanksgiving weekend and the final days before Christmas. And upscale yoga pants maker Lululemon warned that profit margins for the fiscal fourth quarter will be squeezed as shoppers focus on discounts.

Another challenge retailers face is that shoppers are shifting more of their spending on travel and other experiences and away from stuff.

Bloomingdale’s Chairman and CEO Tony Spring noted earlier this week at a retail industry event that the chain is highlighting travel goods to grab more of the spending. It’s also spiffing up its mannequin displays to excite shoppers who are returning to stores after focusing on online spending during the height of the pandemic.

Later on Wednesday the National Retail Federation, the nation’s largest retail trade group, will release final holiday sales figures for November and December. The trade group’s officials said earlier this week that holiday sales growth will likely be at the low end of its forecasted range of 6% to 8%, a big slowdown from the blistering 13.5% increase last year when shoppers spent the money they had saved during the early part of the pandemic.

Major retailers including Walmart and Target release details on their fourth-quarter performances next month.

Jack Kleinhenz, chief economist at the National Retail Federation, expects companies to manage inventories more tightly in 2023 after being forced to heavily discount goods last year due to an enormous amount of unsold merchandise.

“I think they are going to be very cautious because of what happened,” Kleinhenz said.

Ron Coughlin, CEO of pet supplies chain Petco, told the AP on Monday that shoppers had been pulling back on discretionary items for their pets like toys, but that’s beginning to ebb as inflation has moderated. But he noted customers are still focusing on premium products like fresh frozen food for their pets. Still, he plans to be cautious with inventory amid a slowing economy.

“We are making sure we are ready for any scenario that comes, whether it’s no recession, a light recession or a heavier recession,” Coughlin said. “At the same time....we need to make sure we have the right product that people are looking for.”

The retail report released Wednesday covers only about a third of overall consumer spending and doesn’t include services such as haircuts, hotel stays and plane tickets.