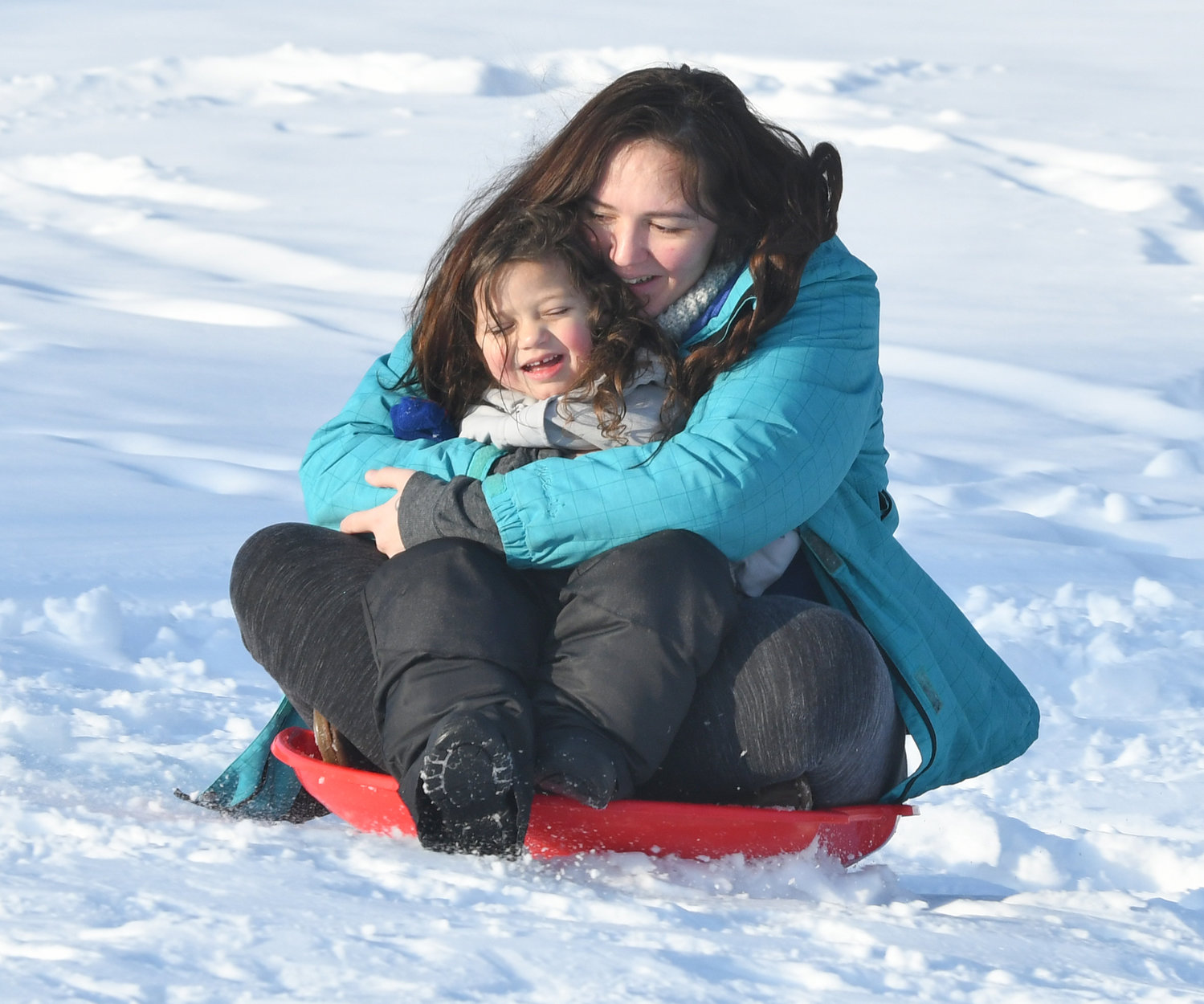 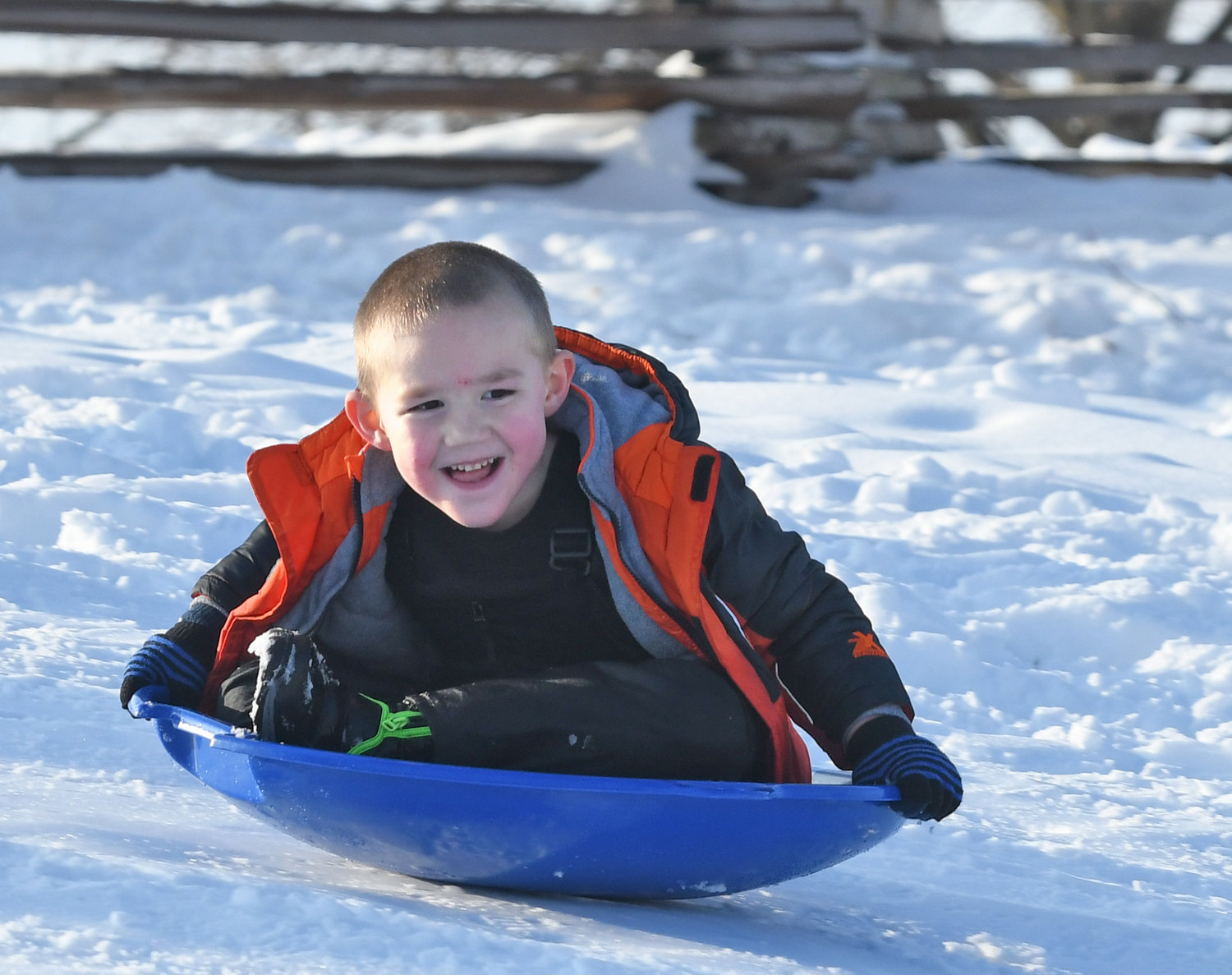 SOME SNOWY FUN — Julian Snyder slides down a hill at Lee Town Park on Monday afternoon. He was there with his mom Rochelle Snyder and grandmother Laura Nolan, both of Rome.
(Sentinel photo by John Clifford) 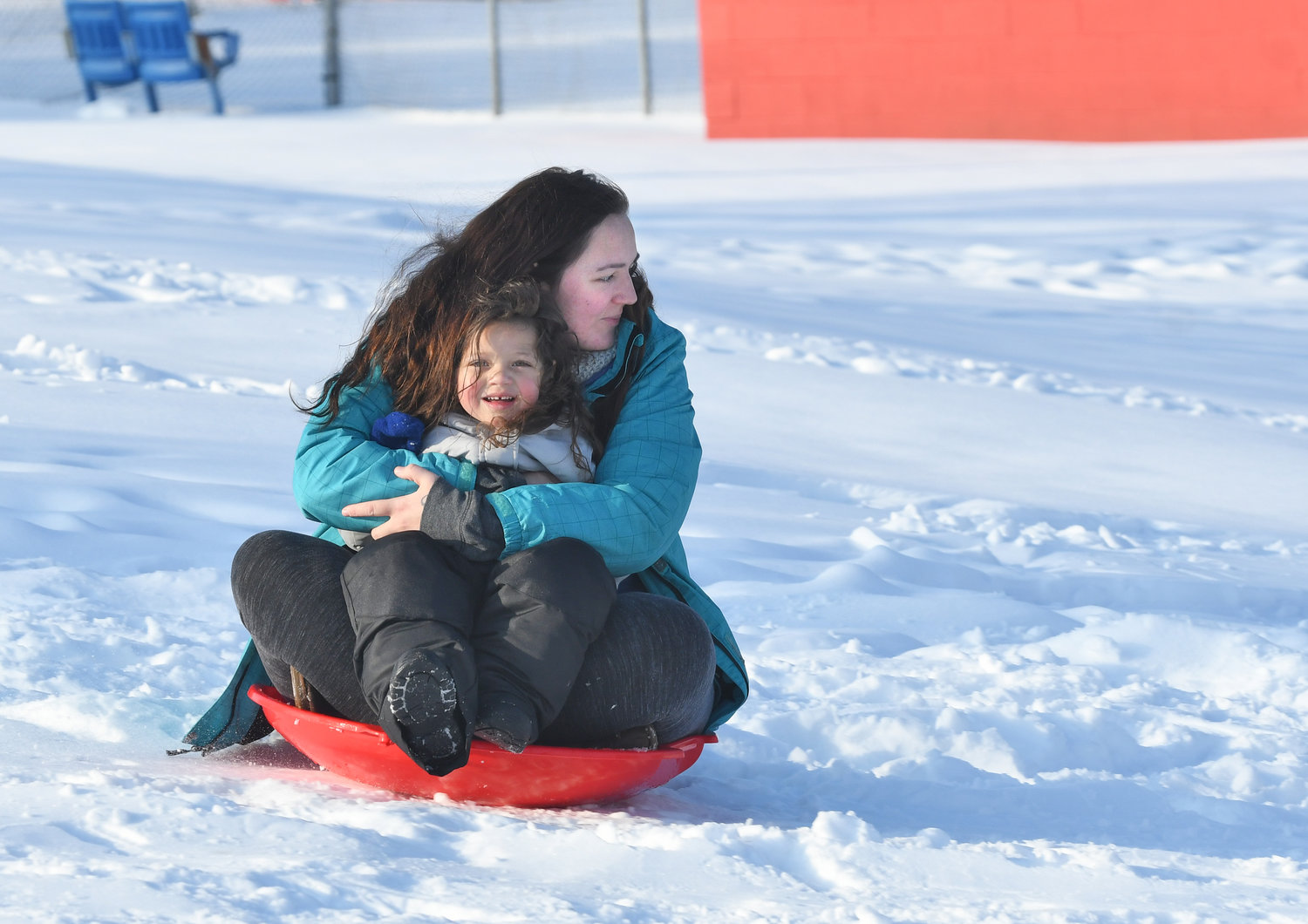 TOWN OF LEE — It’s that time of year again for sledding on the hills at Lee Town Park, and also for a sixth year of town restrictions on the downward trips in certain locations at the popular winter site.

The restrictions, geared for safety in light of nearby buildings and facilities, are marked by several signs indicating “Restricted No Sledding This Area” posted on trees on top of one of the primary hills plus on a Little League public address/storage building at the bottom.

But there are “still areas to slide” safely otherwise, town Supervisor John Urtz said Monday. From atop the hill where restriction signs are posted, he noted, sledders can head toward the left of the building at the bottom to use an open stretch between the park’s main Little League field and a nearby larger Senior League field. There additionally is another slope on the south side of the park’s main entrance road, and Urtz said people also “can slide over there if they want.” On Monday, a person who was part of a family sledding at the park was well aware of the signage. She said she knew about staying to the left going down the hill and avoiding the building as well as nearby fencing for the Little League field.

In addition to seeking to protect sledders from potential harm, the posted restriction signs are for legal liability purposes for the town.

The restrictions date back to when the town said a 4-year-old boy broke his leg in January 2015 sliding into the public address/storage building which had been constructed a few years before that. For the rest of that winter, sledding at the park was banned, but it then resumed the following winter with the restrictions.

No sledding incidents have been reported since the 2015 accident, said Urtz. If town staffers happen to be passing by the park and see some sledders not using the correct areas, they “may say something” to them, he added.