It appeared to be a regular, quiet Thursday evening on Rome’s West Dominick Street. The Capitol Theater’s marquee cast a welcoming glow. 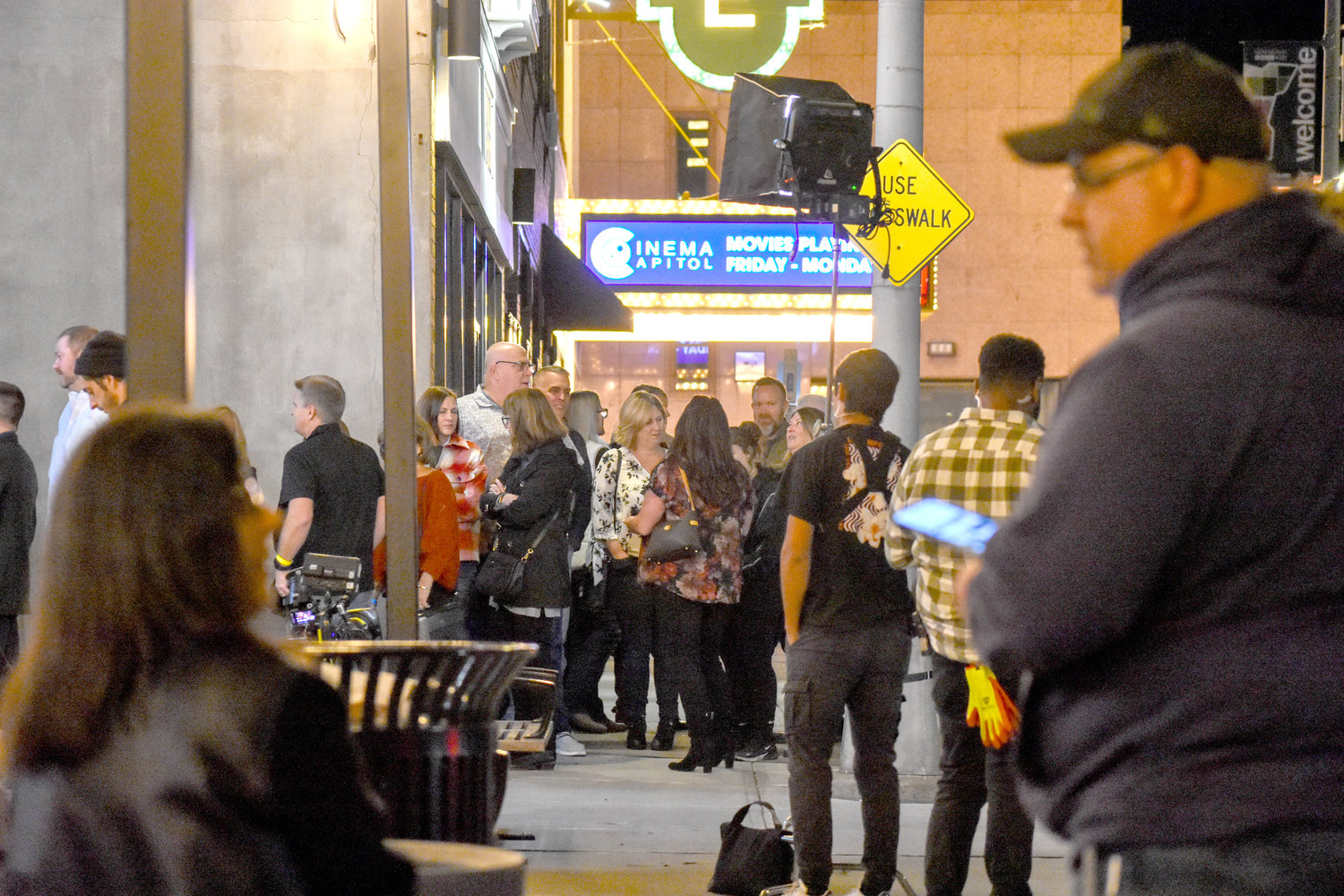 Patrons wait to be seated inside the newly transformed restaurant, being the first diners to give their reactions and opinions to the changes.
(Sentinel photo by Carly Stone) 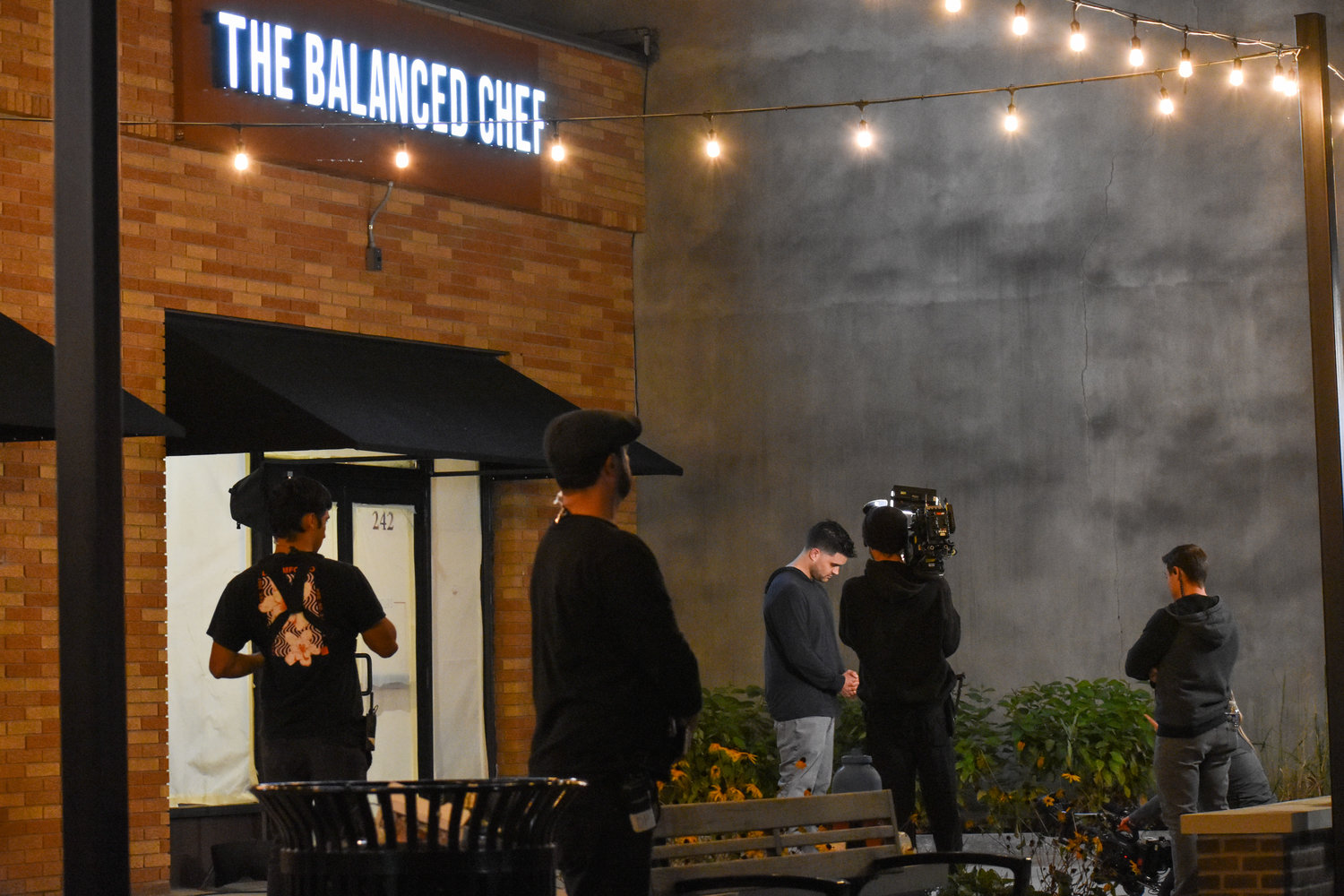 Production crew stand outside The Balanced Chef at 242 West Dominick Street in Rome on Thursday evening. The restaurant will be on the Food Network T.V. show, “Restaurant: Impossible.” Photo taken November 10, 2022.
(Sentinel photo by Carly Stone) 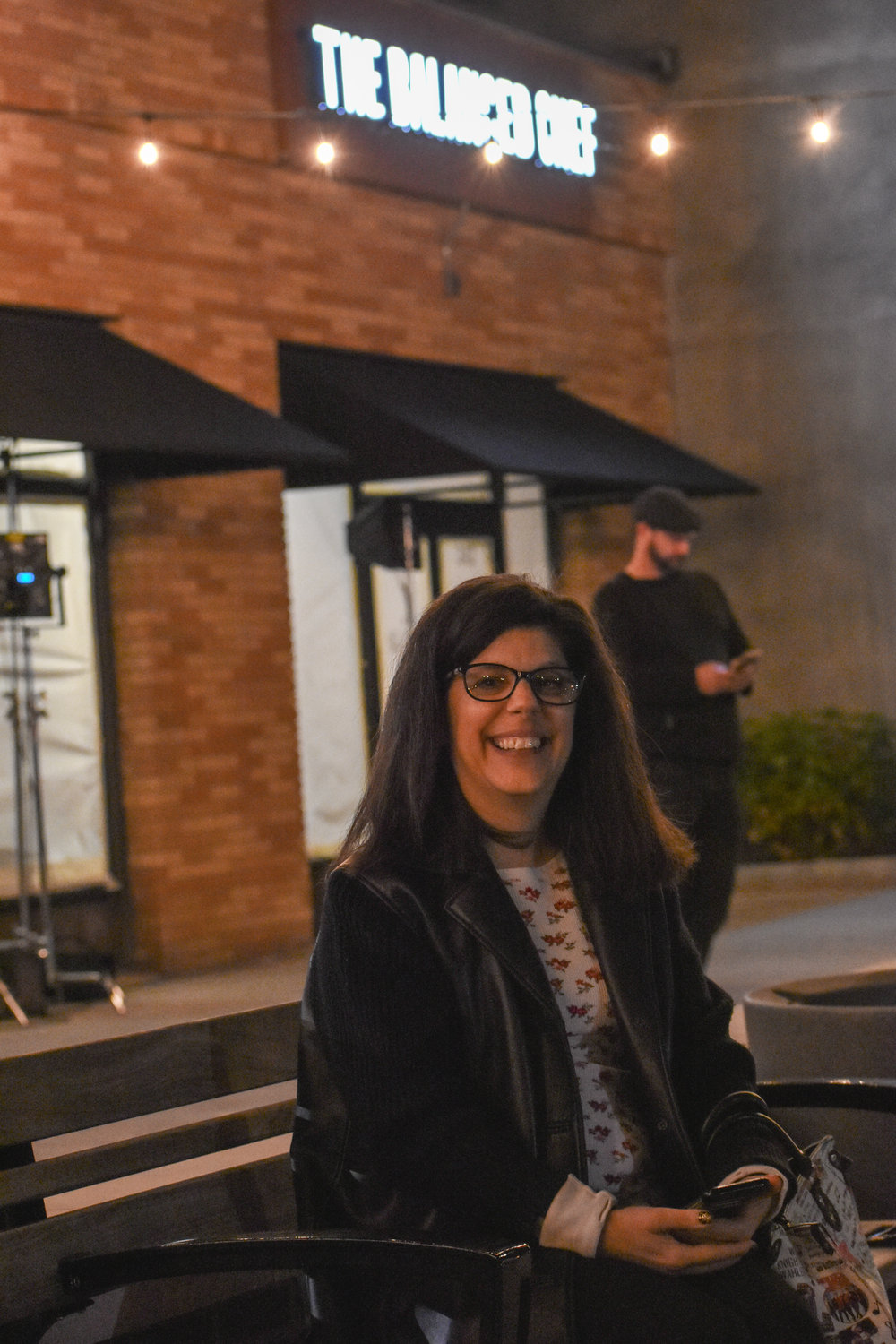 ROME — It appeared to be a regular, quiet Thursday evening on Rome’s West Dominick Street. The Capitol Theater’s marquee cast a welcoming glow. Patrons enjoyed wine by the fire outside Franca’s Wine Room. But in the middle of the two, television magic was being made.

The Balanced Chef, located at parcel 242, had undergone a hidden transformation as part of the Food Network’s reality TV show, “Restaurant: Impossible,” hosted by Celebrity Chef Robert Irvine. He and his crew visited owner Brian Donovan’s eatery on Wednesday, the day prior, to get a sense of the “before.” On Thursday night around 7 p.m., was to be the unveiling of the “after” — a restaurant transformation to help it succeed.

All The Balance Chef’s windows blocked off view from the inside during production.

A lucky few people got the opportunity to dine at The Balanced Chef as part of the show, both before the revamp and after.

About 20 guests, previously selected to partake in the experience, lined up a little before 7 p.m., eagerly awaiting to see the restaurant’s changes and the chance to be on reality TV. A production crew member gave the group instructions to be expressive with their reactions.

Besides a few marked off parking spaces, a few crew members, and equipment like lights and cameras dotting the area, the scene on West Dominick was ordinary. Pedestrians rode by on their skateboards and even an ATV. A few who were curious stopped to take a second look at the activity.

The scene was all but ordinary for one major Food Network and Irvine fan, Jeanna Simonette. She came from Frankfort, arriving around 5:30 p.m. to patiently wait outside and get a glimpse into the action.

She had applied to help with the transformation behind the scenes, but she wasn’t so lucky to get chosen. Nonetheless, the 49-year-old was happy to sit outside The Balanced Chef and experience reality TV from a close distance.

“It’s been really exciting,” she said. “This is like a dream come true for me.”

When Irvine made a brief appearance, Simonette gasped with excitement.

An air date for the episode is not known.