Romans are digging out this morning after the city was pounded by almost two feet of snow. A countywide ban on non-emergency travel was declared Tuesday evening, after most county employees were sent … 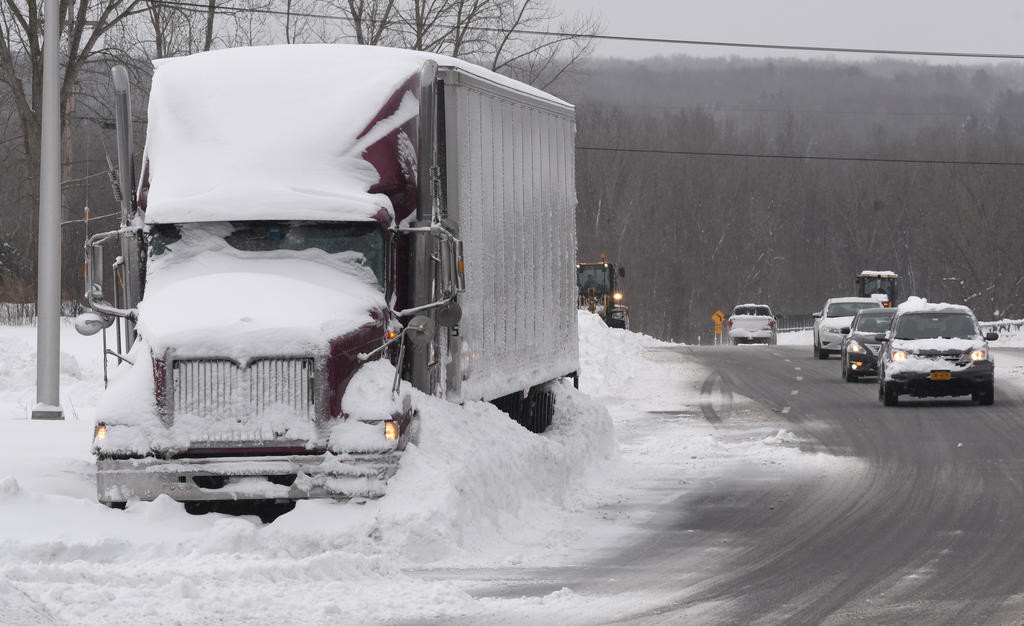 SNOWED IN — A tractor-trailer is plowed in and covered with snow as it sits off of Route 825 — just past the Route 49 exit ramp. Traffic was curtailed across the area as the massive winter storm Stella socked the area, dropping nearly two feet of snow Tuesday. (Sentinel photo by John Clifford) 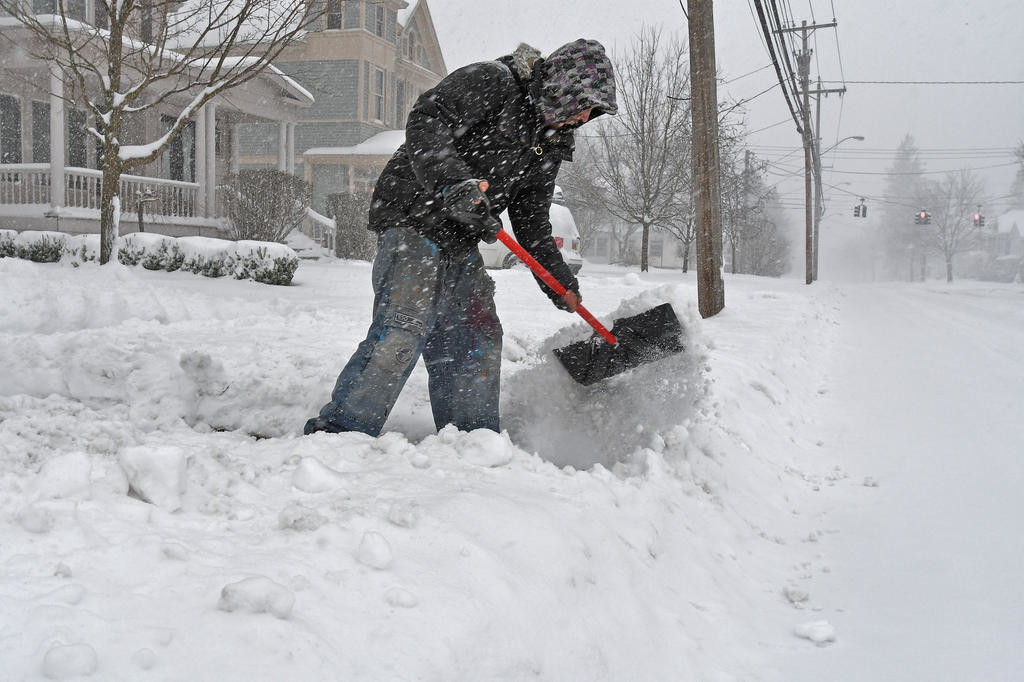 DIGGING OUT — Manny Pollard shoveles out a sidewalk in front of a residence on North James Street today. Many area residents were able to get a late start today as numerous businesses delayed their openings while schools and some other offices were shut down for the day. Among those closed today was Centro, with the regional bus company expected to resume operations Thursday morning. (Sentinel photos by John Clifford) 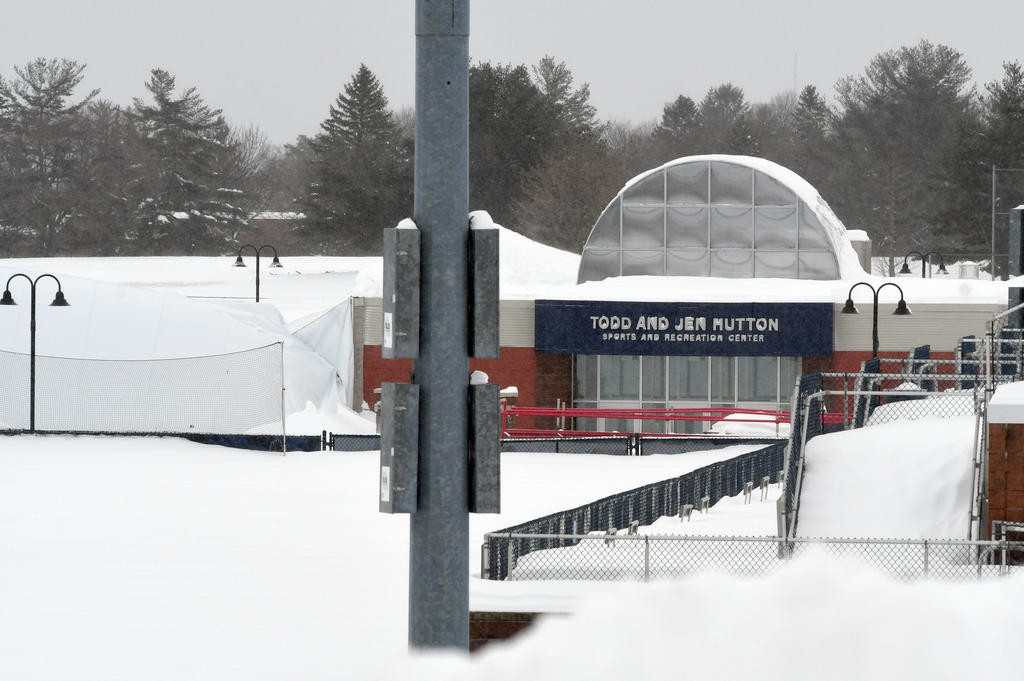 DOME COLLAPSE — The Utica College athletic dome, part of the Todd and Jen Hutton Sports and Recreation Center, sits under a pile of snow this morning after it collapsed around 7:30 p.m. Tuesday. No one was hurt. The college said it will work with the dome’s manufacturer to get the facility back up. The college is on spring break this week, officials said, so the usually bustling facility did not have its normal schedule of events. (Sentinel photo by John Clifford) 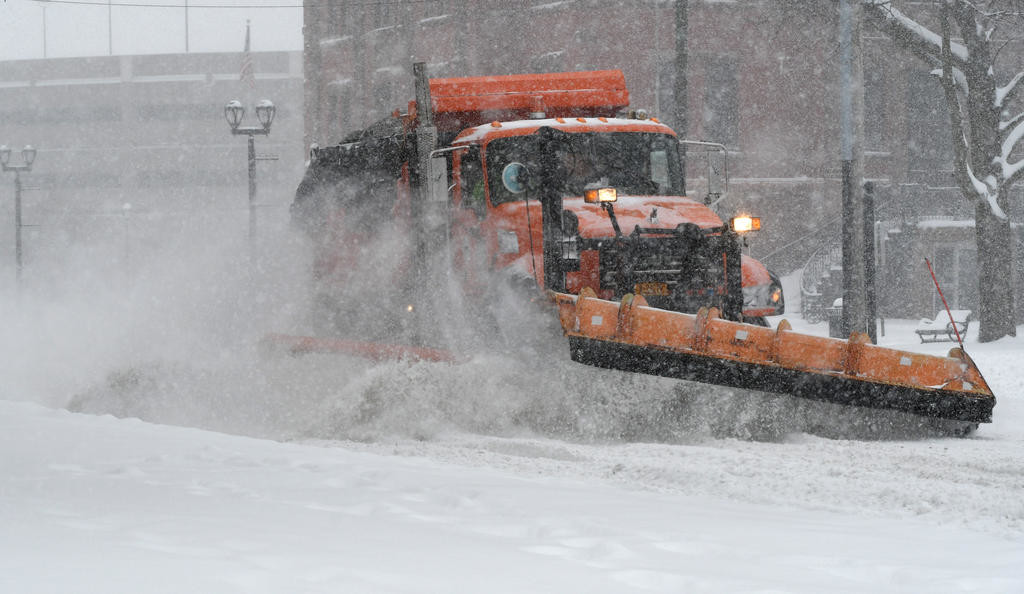 Romans are digging out this morning after the city was pounded by almost two feet of snow. A countywide ban on non-emergency travel was declared Tuesday evening, after most county employees were sent home just after lunch.

With the snow continuing to fall, by late Tuesday afternoon County Executive Anthony J. Picente Jr. declared a countywide state of emergency. His order banning travel throughout the county except for highway, emergency and essential services was in effect until to 6 a.m. today. County offices were initially to be on a delayed opening today, but it was changed and the offices were closed for the day.

The city followed the county’s lead and sent non-essential employees home at 1 p.m. Tuesday. The city also ordered drivers not to park on the streets, to allow plows to do a thorough job. “I thought our DPW did a terrific job. This morning you couldn’t tell we got all the snow we did,” said Mayor Jacqueline M. Izzo this morning. She also thanked the public for cooperating with the parking mandate. “Kudos to the public. People got off the roads. They cooperated very nicely.”

The city’s contract garbage hauler, Bliss Environmental Services of Camden, pushed collection back a day. Tuesday routes are being collected today. Wednesday’s routes will be collected Thursday, and so on.

The Loaves and Fishes Soup Kitchen, 401 N. Washington St., opened its door all day and through the night for those who needed food or shelter. Eight people stopped in to get warm and get a meal, noted Anthony DeJean. Two stayed late into the night, including one who stayed overnight. DeJean said he spent the morning and afternoon Tuesday driving around to seek out those who might need the help. He said he encountered about two dozen people he said were likely homeless.

The soup kitchen will continue to offer these services in crisis situations, DeJean said. “We have to. That’s what our calling is.” Loaves and Fishes now needs to stock up on supplies such as cots, blankets and air mattresses, he said. Those who want to donate or volunteer can contact DeJean at 315-533-5028.

The county airport was forced to close late Tuesday despite crews’ efforts to keep up with fast falling white stuff. Snow-fighting efforts continued through the night. Aviation Commissioner Russell Stark said he hoped to reopen Griffiss International Airport by late this morning or early afternoon. He said the timing of the reopening was dependent on blowing and drifting snow and any reduced visibility due to any high winds.

Madison County declared a state of emergency Tuesday, enacting a travel ban that morning that lasted until 9 a.m. today. Though the ban was lifted this morning, a travel advisory was put in place until 6 a.m. Thursday. “With a travel advisory, there are no vehicular restrictions on roadways however unnecessary travel is strongly discouraged,” the county noted. “Periods of persistent snow and high winds will make roadways snow covered and slippery through Thursday morning.”

Madison County Emergency Management officials asked for the public to pitch in: “If you have a fire hydrant on or near your property, please consider clearing the snow from it to allow for quick access in an emergency.”

The National Weather Service issued a Winter Storm Warning early this morning for an area that includes Oneida County. It will remain in effect until 8 p.m. It noted the likelihood of snow, including blowing snow. An additional accumulation of 1 to 4 inches of snow was expected, with temperatures in the teens and winds of 10 to 20 mph and gusts up to 40 mph. The warning noted: “Lingering snow and blowing snow will create very poor travel conditions as roads will be snow covered and slippery. Bitter wind chills may produce frostbite with prolonged exposure to the cold.”

National Weather Service meteorologist Ray Brady noted that though the Nor’easter has passed, lake effect snow is expected to impact the area from Madison County west to the Finger Lakes with 3 to 6 inches of snow today. In Oneida County, where there is less snow expected today, winds will still cause blowing and drifting of snow.

Plow crews in Rome started putting down salt Tuesday around 5 a.m., then spent about 12 hours straight plowing, before a smaller shift worked overnight. The day crew was back on the road at 2 a.m. and were still in at 10 a.m. today. “Once the heavy snow let up and the guys could catch up they did a great job,” said city Superintendent of Streets Tom Jones. “The fleet held up good. Some minor breakdowns but nothing major. We spent Monday going over the trucks to be prepared, to be proactive.” As always, the smaller streets and alleys were more of a challenge for crews, as were the narrow streets of south Rome. Jones said sand and salt supplies are “still in good shape,” as Tuesday was more about snow removal than putting material down on the roads. Today, said Jones, crews are focusing on pushing snow back and removing piles. He noted that higher temperatures coming right behind the storm will help as the snow melts away. Forecasts call for temperatures above freezing by late this week and into the weekend.

The storm had a mixed impact on the two gambling establishments in western Oneida County.

The gaming parlor at Vernon Downs Casino and Hotel curtailed its hours because of the weather. It was scheduled to re-open today at 3 p.m.

A few miles away, there was no stop in the action at the larger Turning Stone Resort Casino in the town of Verona. It took measures Tuesday to get staff home from the various properties while still maintaining enough staff to take care of guests. “We had many guests stay over last night as well as many of our staff, including half of our executive team,” said spokesman Joel Barkin. “They worked the overnight to be with our employees and guests. It was a pretty festive atmosphere.”

Assemblyman Anthony J. Brindisi, D-119, Utica said this morning that he has secured state resources to assist with the area's snow cleanup efforts.

“Today, I spoke with officials in Governor Cuomo’s office to discuss bringing additional state resources to the area to help with the winter storm cleanup," Brindisi said. "I am pleased to report the state will be reallocating Department of Transportation and National Guard resources to the Mohawk Valley and Southern Tier to help communities with cleanup efforts."

"In addition, I am asking the governor to request a Major Disaster Declaration from the federal government that would help communities with costs associated due to the storm, including post-storm clean up," Brindisi added. 'I want to thank Governor Cuomo for his concern and quick response following this historic blizzard, and I also want to thank residents of the Mohawk Valley for their patience as we all work together to recover from the worst winter storm we’ve had in decades.” 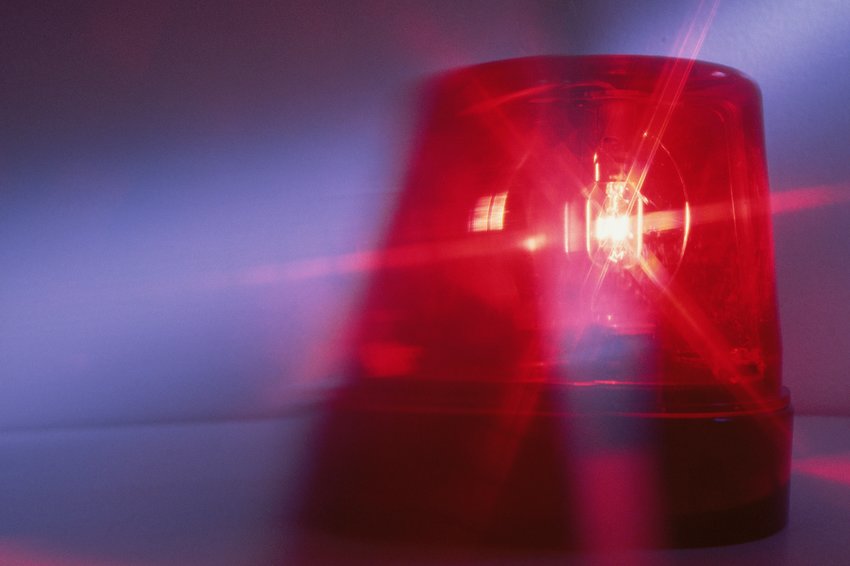 Three people are receiving assistance after their camper burned down on Townline Road in Verona Friday afternoon, according to the Verona Fire Department and the American Red Cross.