Report: 90% of US counties hit with disaster in last decade

Ninety percent of the counties in the United States suffered a weather disaster between 2011 and 2021, according to a report published Wednesday.

Report: 90% of US counties hit with disaster in last decade 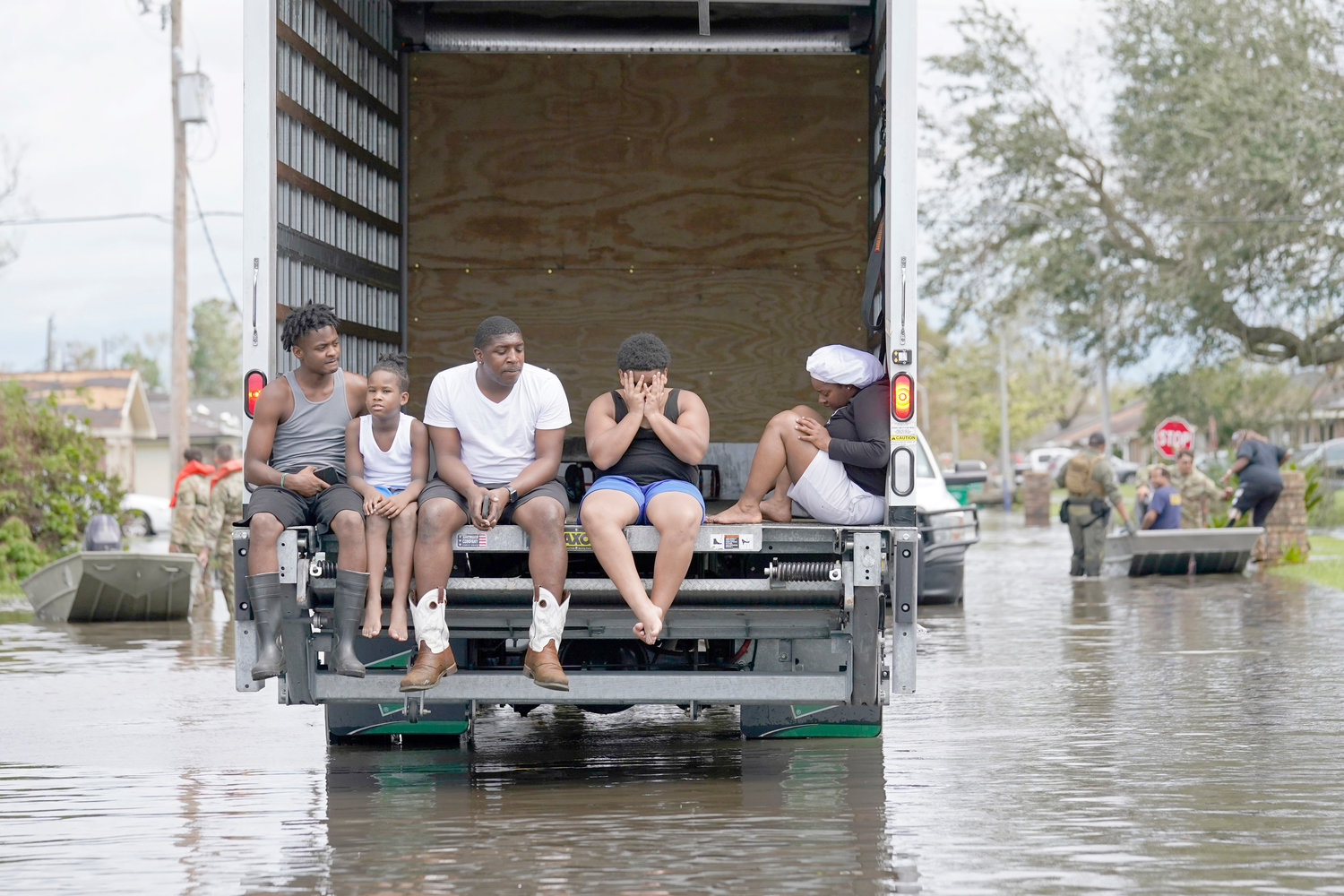 People are evacuated from floodwaters in the aftermath of Hurricane Ida in LaPlace, La., in this August 2021 file photo. 90% of counties in the United States experienced a weather-related disaster between 2011-2021, according to a report published on Wednesday, Nov. 16.
(AP Photo/Gerald Herbert, File) 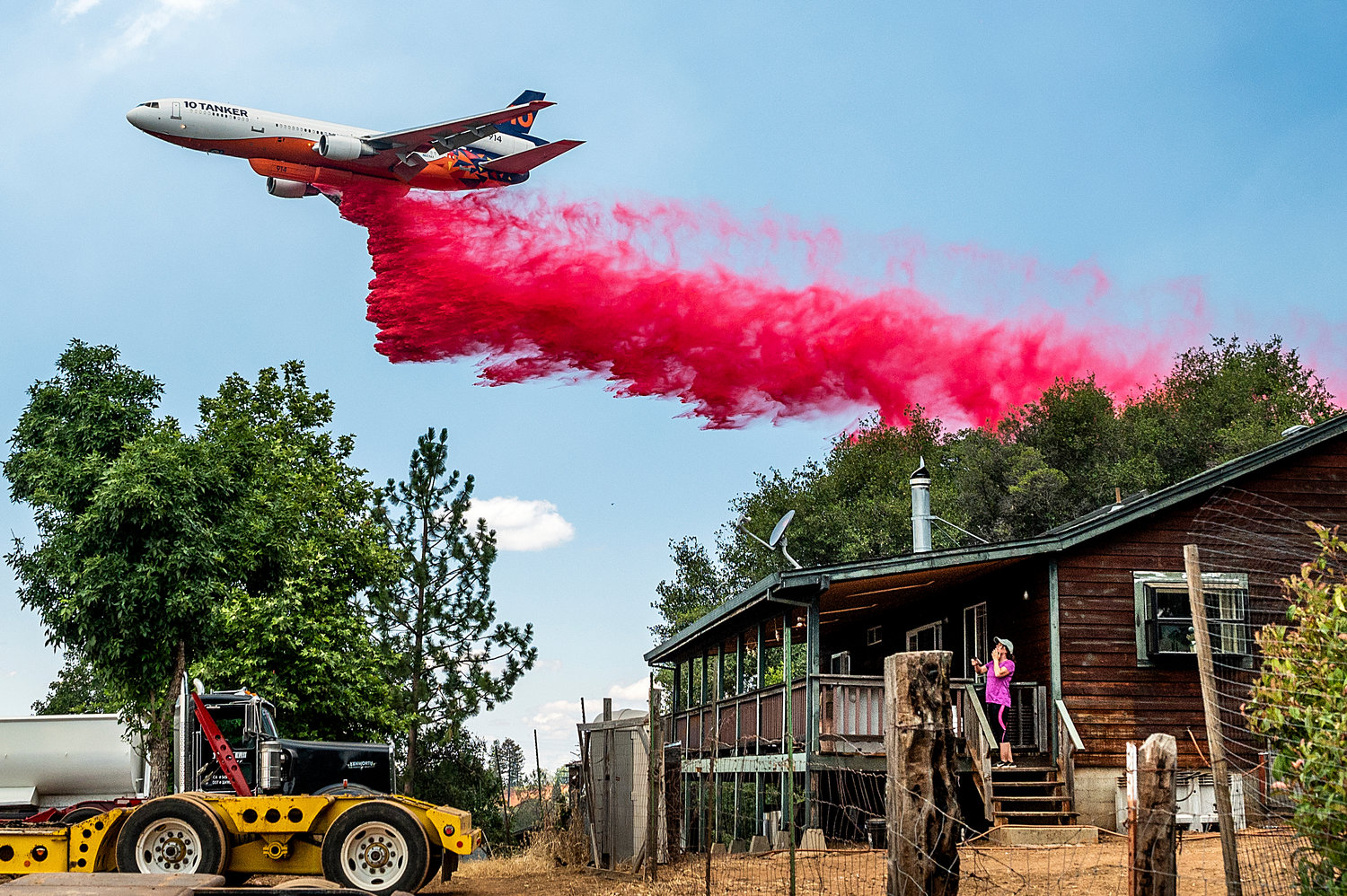 FILE - Karyn Larson watches an air tanker drop retardant as the Electra Fire burns towards her home in the Pine Acres community of Amador County, Calif., on July 5, 2022. 90% of counties in the United States experienced a weather-related disaster between 2011-2021, according to a report published on Wednesday, Nov. 16, 2022. Over 300 million people ‚Äî 93% of the country‚Äôs population ‚Äî live in those counties. (AP Photo/Noah Berger, File)
AP 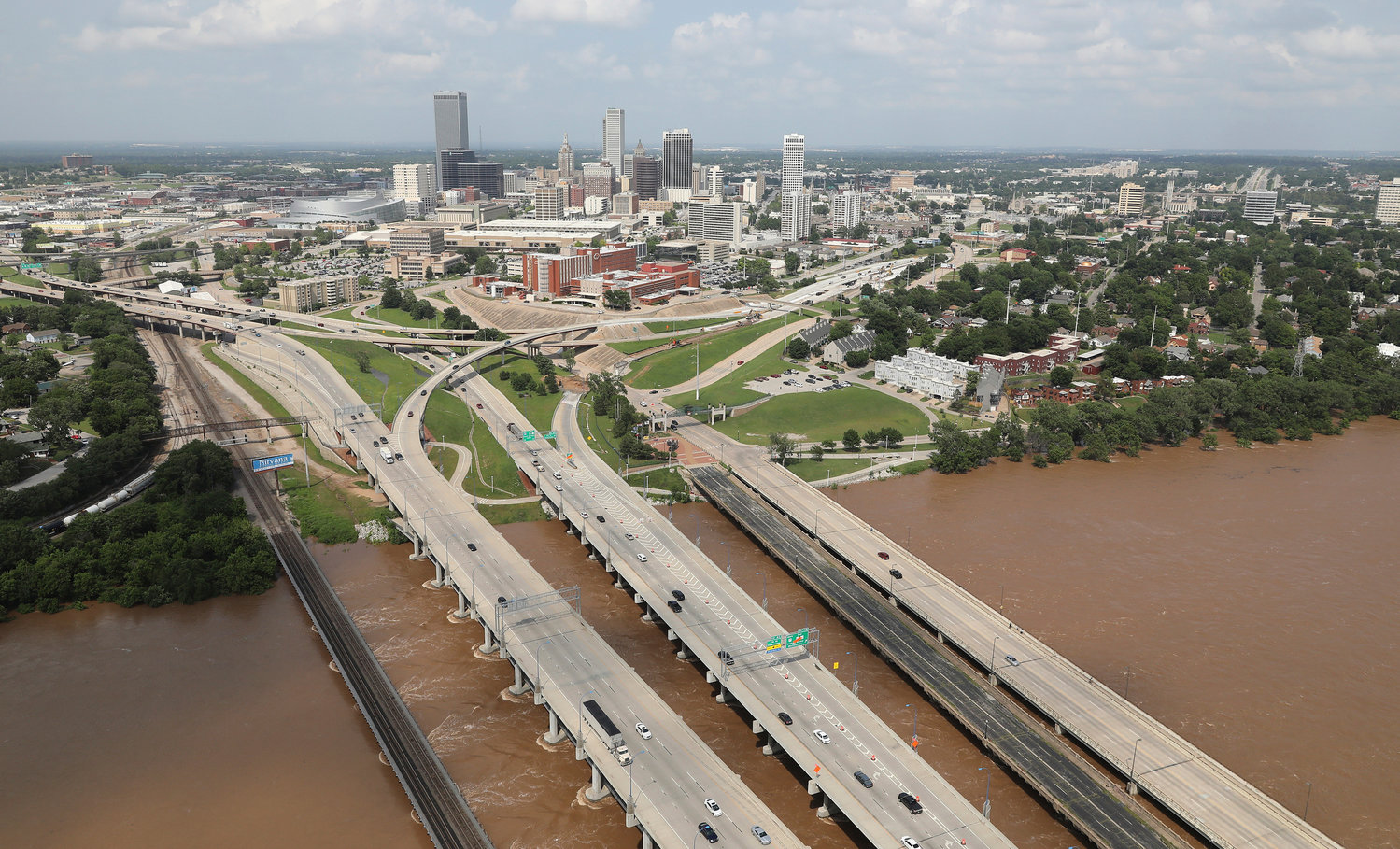 FILE - This aerial image shows the Arkansas River after flooding on May 23, 2019, with the Tulsa, Okla., skyline. 90% of counties in the United States experienced a weather-related disaster between 2011-2021, according to a report published on Wednesday, Nov. 16, 2022. Over 300 million people ‚Äî 93% of the country‚Äôs population ‚Äî live in those counties. (Tom Gilbert/Tulsa World via AP, File)
AP 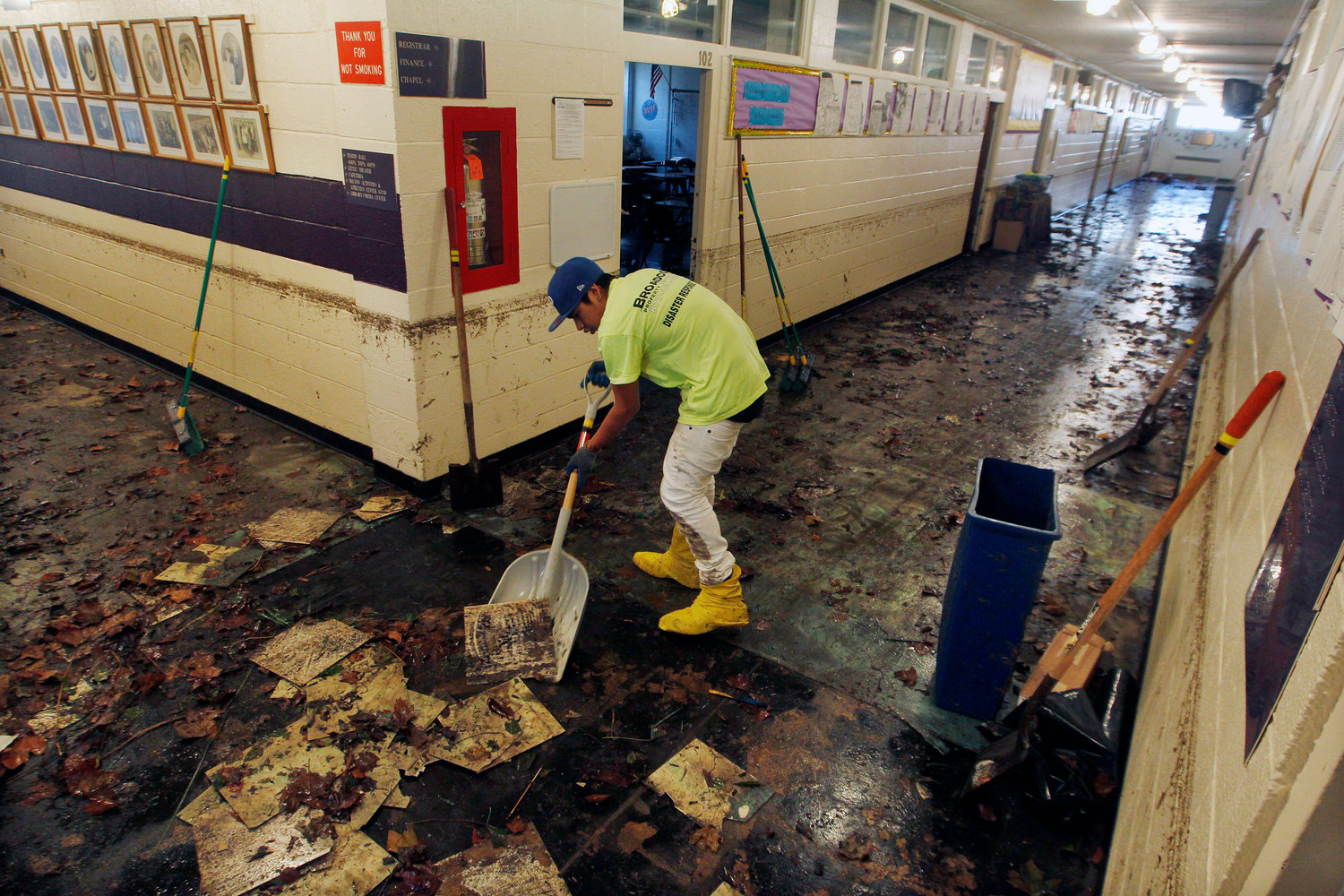 FILE - A worker scrapes up mud and tiles from flood-damaged Saint Rose High School in Belmar, N.J., on Nov. 4, 2012, after storm surge caused by Superstorm Sandy. 90% of counties in the United States experienced a weather-related disaster between 2011-2021, according to a report published on Wednesday, Nov. 16, 2022. Over 300 million people ‚Äî 93% of the country‚Äôs population ‚Äî live in those counties. (AP Photo/Mel Evans, File)
AP 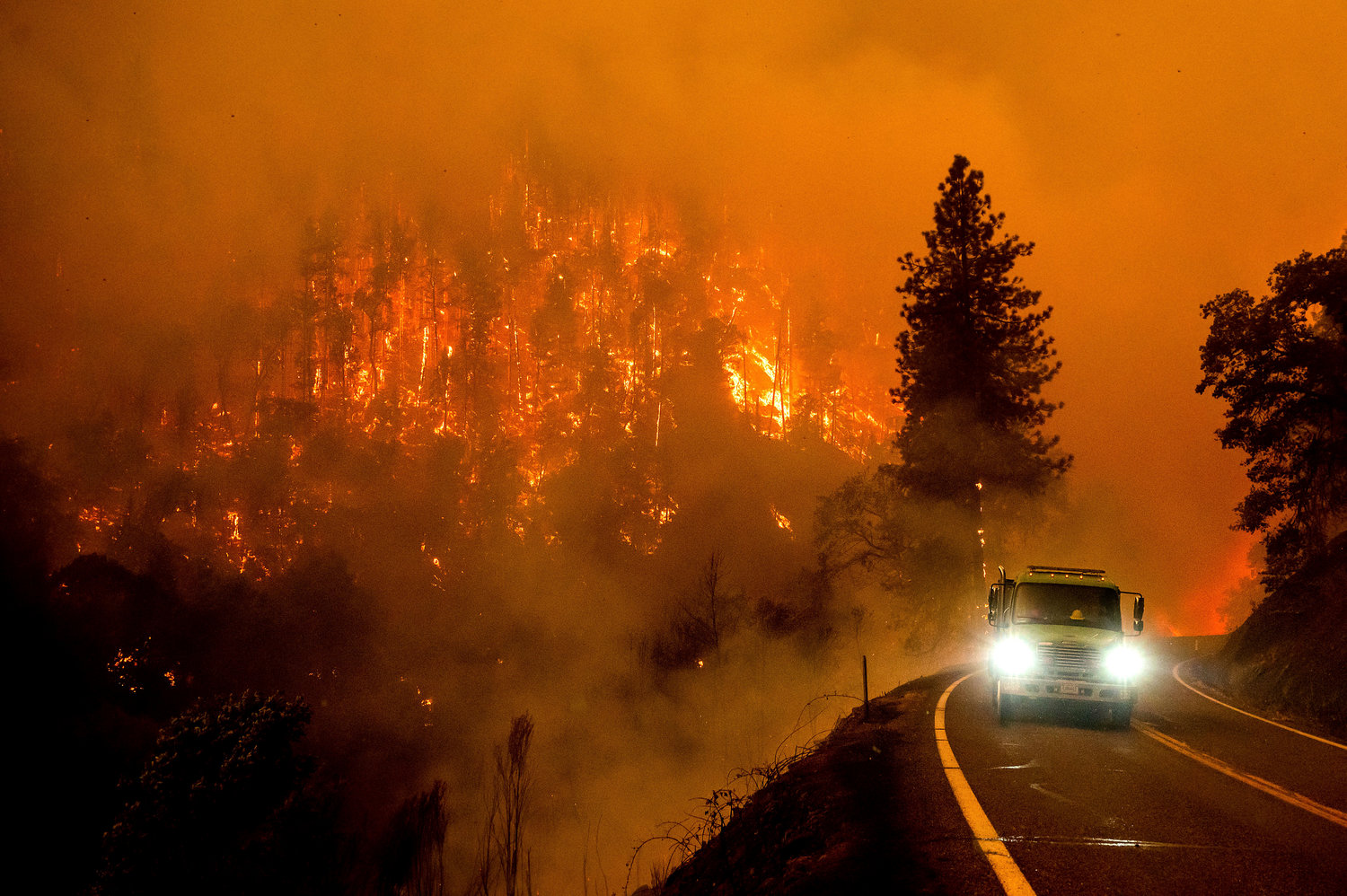 FILE - A firetruck drives along California Highway 96 as the McKinney Fire burns in Klamath National Forest, Calif., on July 30, 2022. 90% of counties in the United States experienced a weather-related disaster between 2011-2021, according to a report published on Wednesday, Nov. 16, 2022. Over 300 million people ‚Äî 93% of the country‚Äôs population ‚Äî live in those counties. (AP Photo/Noah Berger, File)
AP 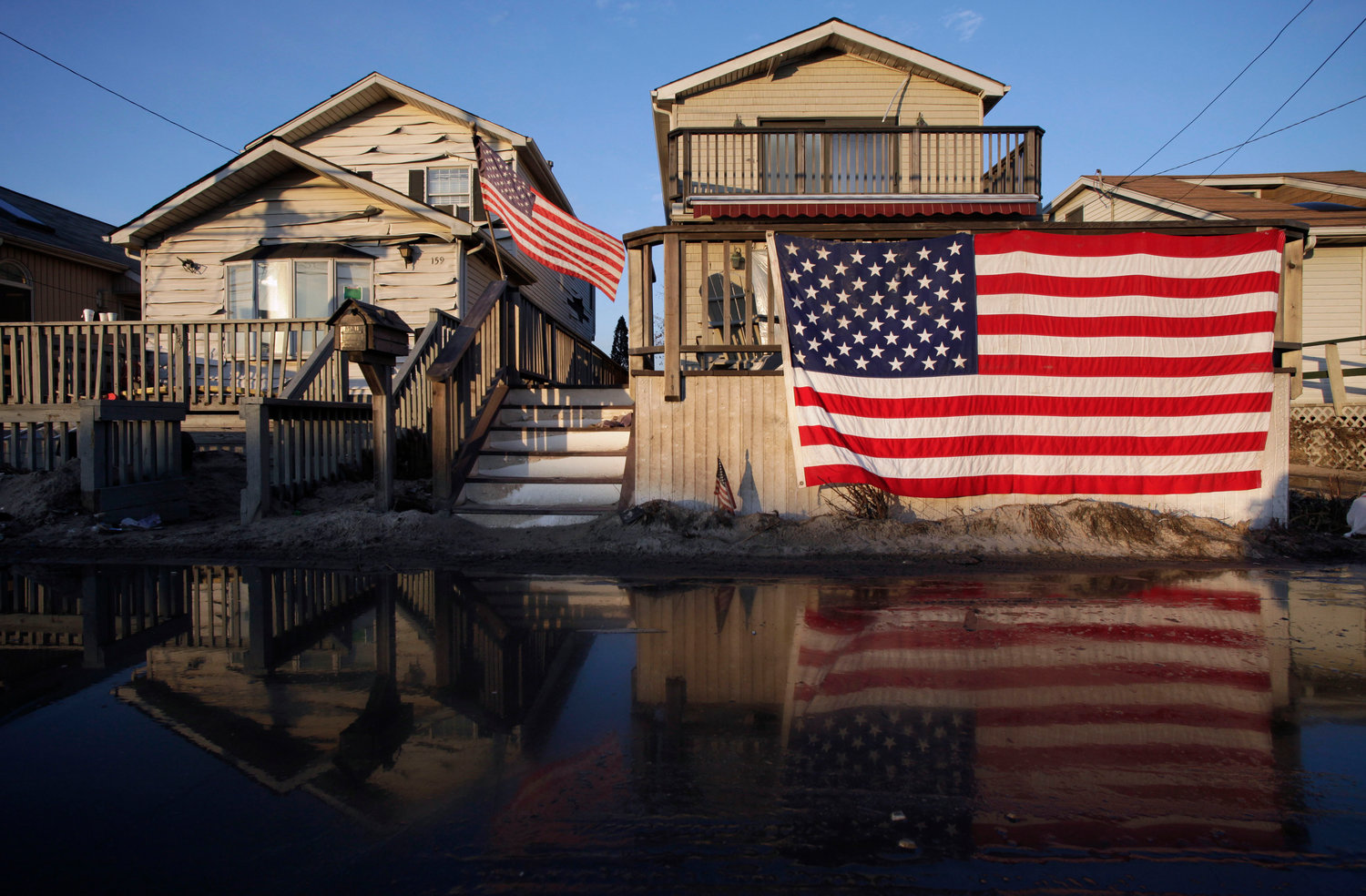 FILE - United States flags are displayed on flood-damaged homes in the Breezy Point section of Queens, N.Y., on Nov. 28, 2012. 90% of counties in the U.S. experienced a weather-related disaster between 2011-2021, according to a report published on Wednesday, Nov. 16, 2022. Over 300 million people ‚Äî 93% of the country‚Äôs population ‚Äî live in those counties. (AP Photo/Mark Lennihan, File)
AP 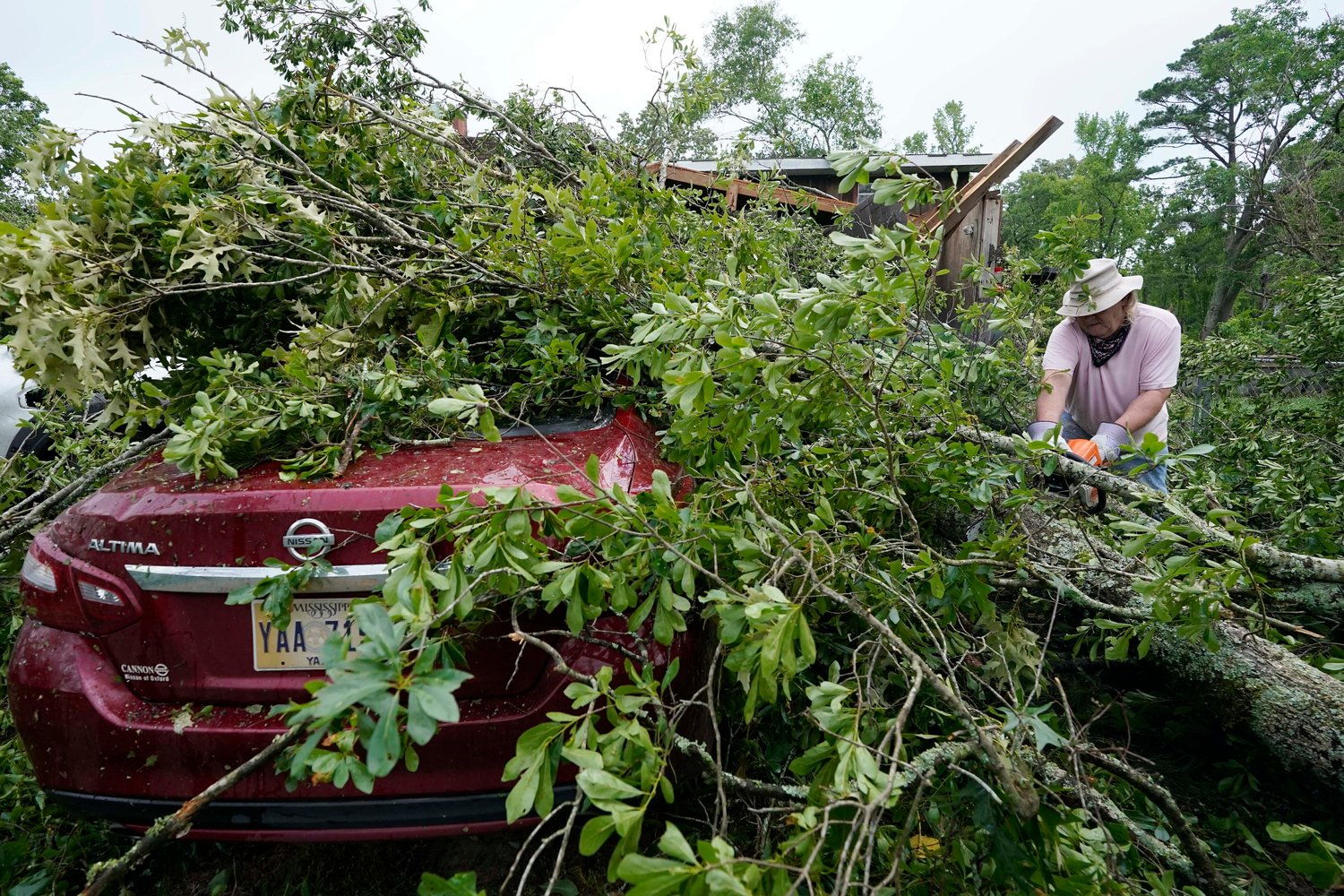 FILE - Span McGinty uses his chain saw to cut fallen tree limbs from a tornado-damaged vehicle at his brother's house in Yazoo County, Miss., on May 3, 2021. 90% of counties in the United States experienced a weather-related disaster between 2011-2021, according to a report published on Wednesday, Nov. 16, 2022. Over 300 million people ‚Äî 93% of the country‚Äôs population ‚Äî live in those counties. (AP Photo/Rogelio V. Solis, File)
AP
Previous Next
Posted Thursday, November 17, 2022 12:00 pm
Staff, Associated Press reports

Ninety percent of the counties in the United States suffered a weather disaster between 2011 and 2021, according to a report published Wednesday.

Some endured as many as 12 federally-declared disasters over those 11 years. More than 300 million people — 93% of the country’s population — live in these counties.

Rebuild by Design, which published the report, is a nonprofit that researches ways to prepare for and adapt to climate change. It was started by the Department of Housing and Urban Development in the wake of Hurricane Sandy, the catastrophic storm that slammed into the eastern U.S. just over 10 years ago, causing $62.5 billion in damage.

Researchers had access to data from contractors who work closely with the Federal Emergency Management Agency, allowing them to analyze disasters and payouts down to the county level. The report includes some 250 maps. They also looked at who is most vulnerable, and compared how long people in different places are left without power after extreme weather.

California, Mississippi, Oklahoma, Iowa and Tennessee had the most disasters, at least 20 each, including severe storms, wildfire, flooding, and landslides. But entirely different states — Louisiana, New York, New Jersey, North Dakota and Vermont — received the most disaster funding per person over the 11-year period.

Amy Chester, managing director of Rebuild by Design and co-author of the report, said she was surprised to see some states are getting more money to rebuild than others. Partly it’s that cost of living differs among states. So does the monetary value of what gets damaged or destroyed.

“Disaster funding is oftentimes skewed toward communities that are more affluent and have the most resources,” said Robert Bullard, an environmental and climate justice professor at Texas Southern University, who was not part of the team that wrote the report. Bullard wrote a book, “The Wrong Complexion for Protection” in 2012 with another environmental and climate justice expert, Beverly Wright, about how federal responses to disasters often exclude black communities.

The new report seems to support that. People who are most vulnerable to the effects of these extreme weather events are not receiving much of the money, the report said. Those areas of the country also endure the longest electric outages.

“When disasters hit .... funding doesn’t get to the places of greatest need,” Bullard said.

Another reason for the unevenness of funds could be that heat waves are excluded from federal disaster law and don’t trigger government aid. If they did, states in the southwest like Arizona and Nevada might rank higher on spending per person.

The report was prepared by policy advocates, not scientists, and oversteps in attributing every weather disaster to climate change. That is inaccurate. Climate change has turbocharged the climate and made some hurricanes stronger and disaster more frequent, said Rob Jackson, a climate scientist at Stanford University. But, “I don’t think it’s appropriate to call every disaster we’ve experienced in the last 40 years a climate disaster.”

Even though all the weather disasters compiled aren’t attributable to climate change, Jackson said the collection could still have value.

“I do think there is a service to highlighting that weather disasters affect essentially all Americans now, no matter where we live.”

The annual costs of disasters has skyrocketed, he said, to over $100 billion in 2020. The National Centers for Environmental Information tallied more than $150 billion for 2021.

The federal government provided counties a total $91 billion to recover after extreme events over the 11 years, the researchers found. That only includes spending from two programs run by FEMA and HUD, not individual assistance or insurance payouts from the agency. Nor does it include help from other agencies like the Small Business Administration or Army Corps of Engineers.

Chester said that if all these federal disaster relief programs were included, the total would be far higher. The National Centers for Environmental Information estimate over $1 trillion was spent on weather and climate events between 2011 and 2021.

The report recommends the federal government shift to preventing disasters rather than waiting for events to happen. It cites the National Institute of Building Sciences which says that every dollar invested in mitigating natural disaster by building levees or doing prescribed burns saves the country $6.

“The key takeaway for us is that our government continues to invest in places that have already suffered instead of investing in the areas with the highest social and physical vulnerability,” Chester said.

June 28, 2013: Oneida Creek flooded Oneida’s Fourth Ward, also known as the Flats, damaging 214 homes and 25 businesses. No deaths or injuries occurred, but many were forced to flee their homes as the floodwaters rose and suffered extensive property damage.

The flood was caused by a brief but heavy downpour. Oneida Creek is historically prone to flooding.

July 8, 2014: The National Weather Service in Binghamton investigated a tornado in the town of Smithfield on July 8, 2014. The survey team determined that the damage to structures and natural objects was consistent with a strong EF-2 tornado, with estimated wind speeds in the 125 to 135 mph range.

March 14, 2017: Winter Storm Stella blanketed much of Upstate New York in heavy snow, including Oneida, Madison and Herkimer counties. A state of emergency was declared for all 62 counties in New York, and FEMA declared a major disaster for 28 counties. Nearly two feet of snow fell over the course of two days on March 14 and 15, 2017.

Oct. 31, 2019: Severe storms and flash flooding led to a major disaster declaration from FEMA across Upstate New York, with Lewis, Madison, Oneida and Herkimer counties among those effected. In Oneida County, the Sauquoit Creek flooded in the Whitestown area, causing damage to nearly 200 properties and leading to multiple home rescues.

July 7, 2021: A devastating EF-1 tornado with winds up to 105 miles per hour hit the small village of Westernville. The storm ripped the steeple off the Presbyterian church, damaged homes, and destroyed hundreds of trees. Clean-up lasted several weeks. No one was injured.

Aug. 18, 2021: Tropical Storm Fred and its heavy rainfall led to another FEMA major disaster declaration for multiple upstate counties, including Oneida and Lewis counties. The area received over seven inches of rain in three days, with 24-hour totals exceeding three inches in many locations and one receiving over five inches. Flooding hit Rome as well as Western, Boonville, Lee, Florence and Ava.