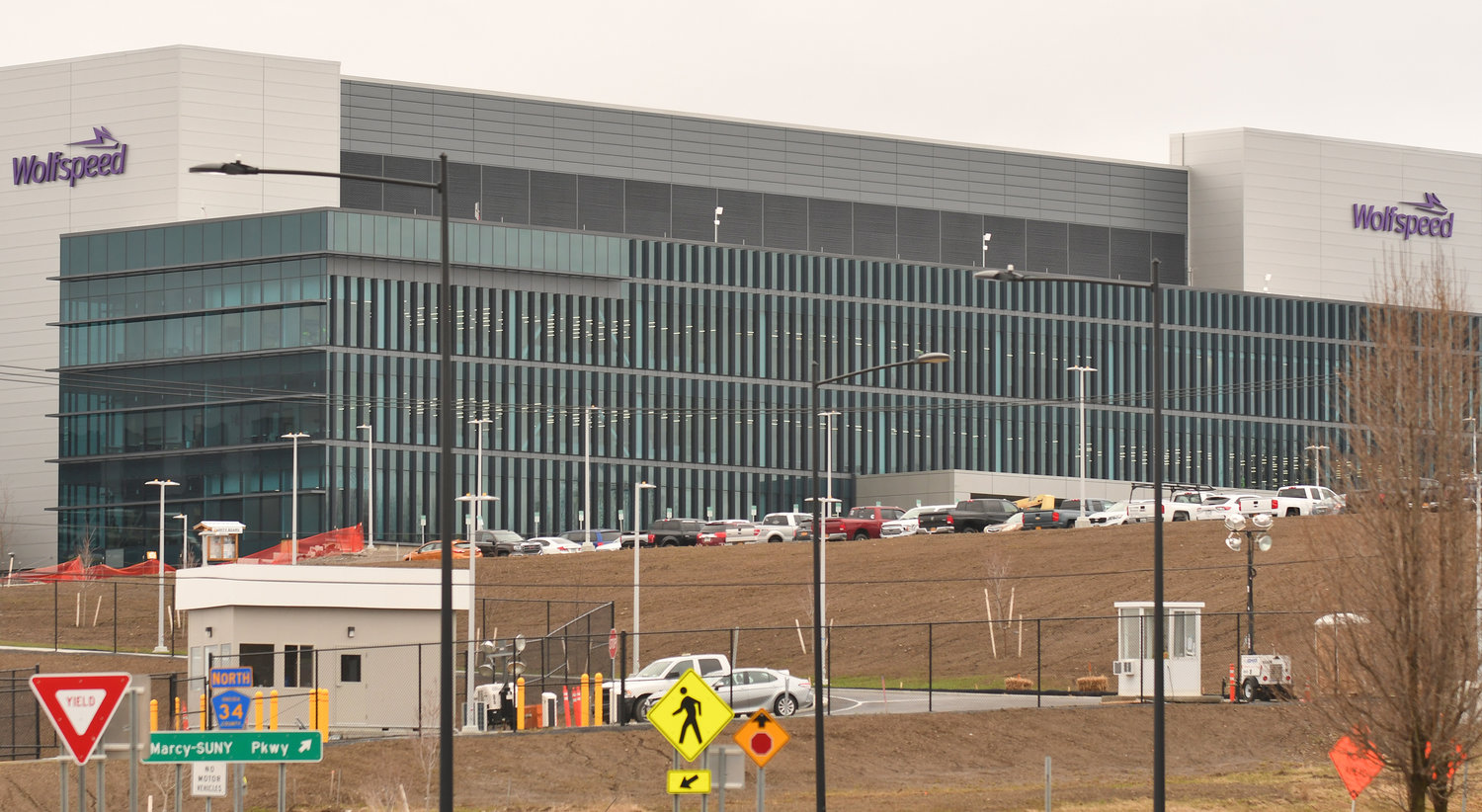 FUNDING NEEDED — One project seeking funding through the Build Back Better Challenge is construction of a Marcy Nanocenter Supply Chain Flex Space. This would be a $7.75 million project creating up to 150,000 square feet of warehouse space to co-locate with the now-under-construction Wolfspeed in Marcy and Danfoss Silicon Power.
(Sentinel photo by John Clifford) 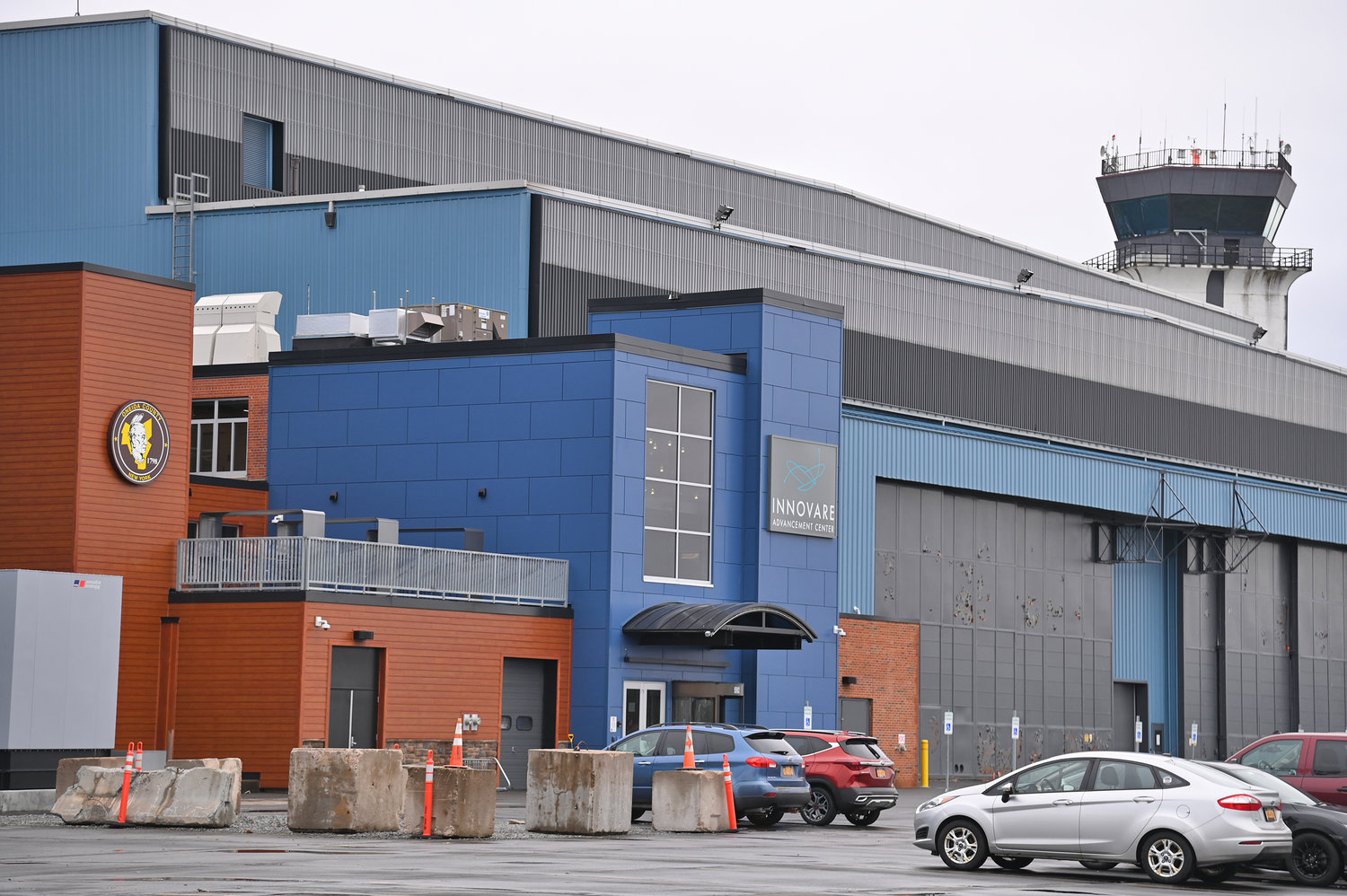 ROME — Twelve people sat in a meeting room at the Mohawk Valley EDGE office on Griffiss Business and Technology Park on Wednesday — representatives from Rome, Oneida County, CenterState, Mohawk Valley EDGE, and the Griffiss Institute at the Innovare Advancement Center, all discussing a collaboration of 57 public, private, non-profit, for-profit and academic entities to submit a “phase two” application for the Build Back Better Regional Challenge — a competitive application process for investment hosted by the United States Development Administration’s American Rescue Plan.

While the Build Back Better Challenge is competitive, economic development leaders say that regional cooperation benefits more people than being pitted against one another.

In an example being the large numbers of people from the Utica-Rome area working for Syracuse-area tech manufacturing companies and vice-versa, said Mohawk Valley EDGE President Steven DiMeo.

The goal of getting projects funded through the challenge is to create a ripple-effect that will result in on-going job growth and viability across economic sectors of both regions. Create upwards of 23,600 new jobs, 588 new startups over a four-year time span and increase the region’s gross domestic product by 3.5%.

But, part of the work involved in getting the region recognized as a viable option for proposal funding is through education about the impact of tech industry finding a local home.

DiMeo said it sometimes feels like there is a community disconnect when it comes to making a connection between how industry in the local community has a part in the global economy.

“Rome is the heartbeat of Upstate New York’s defense tech ecosystem, and our capabilities at Innovare Advancement Center are well-positioned to support the development of smart systems talent and technologies to enable long-term economic growth,” said Heather Hage, president and CEO of the Griffiss Institute located at the Innovare Advancement Center, in a statement.

Pointing to more global impacts on the local tech sector, DiMeo said that one of the projects seeking funding through the Build Back Better Challenge is construction of a Marcy Nanocenter Supply Chain Flex Space to the tune of $7.75 million. This would be up to 150,000 square feet of warehouse space to co-locate with the now-under-construction Wolfspeed in Marcy and Danfoss Silicon Power.

Discussing the need for such warehouse space, DiMeo said that the COVID-19 pandemic made people realize that there were times when enough semiconductor products weren’t produced to meet global demands.

Warehousing space would allow product to be stockpiled to feed customers.

Right now, “there’s a mis-alignment in global supply,” DiMeo said, adding that manufacturers didn’t produce enough supply of a variety of technology-related products prior to the pandemic which is why parts and components of any kind are being delayed by shipping lags, and labor and warehouse shortages.

Years ago, when semiconductor fabricators setting up shop in the Mohawk Valley were just whispers and pipe-dreams, there was talk of one day there being a “tech corridor” along the New York State Thruway stretching from Western New York to Albany.

“It’s happening now,” DiMeo said of the industry taking hold and the regional collaborations coming together.

What else is catching DiMeo’s eye?

While talking Wednesday, DiMeo pointed out another item among the projects waiting for word is the White Pine Commerce Park in Clay in Onondaga County, which would support the Central New York-Mohawk Valley semiconductor industry.

If funding is secured — would invest $25 million in infrastructure improvements at a 1,200-acre site, to accommodate the specific site needs of a large-scale semiconductor manufacturer or a group of smaller advanced manufacturing companies and supply companies, helping build the infrastructure needs necessary to grow the cluster.