The National Abolition Hall of Fame and Museum invites all ages to be part of a reenactment by following the footsteps of 104 19th-century abolitionists. 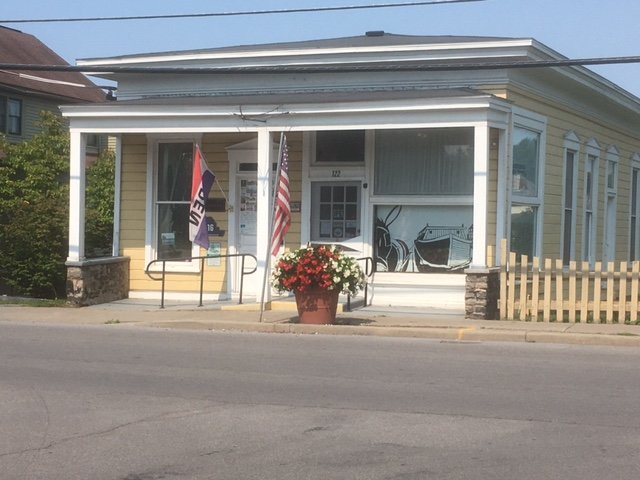 Brief reenactments of the 104 abolitionists arriving in Canastota will be held on Sunday, Oct. 23 at 7:30 a.m. at Canal Town Museum, Canal Street in Canastota.
(Photo submitted)
Posted Sunday, September 18, 2022 4:00 am

For information and registration, visit www.AbolitionRoad.org, or the National Abolition Hall of Fame and Museum at:  www.nationalabolitionhalloffameandmuseum.org

CANASTOTA — The National Abolition Hall of Fame and Museum invites all ages to be part of a reenactment by following the footsteps of 104 19th-century abolitionists determined to form the New York State Antislavery Society in Peterboro on October 22, 1835.

After disembarking from an Erie Canal lumber boat in Canastota, the stalwart defenders of freedom, climbed the hill to Peterboro and, as they “...went by the farm houses at the dawn of day, singing and shouting and laughing and praying, (they) startled the house dwellers along the way.”

Residents said, “What is the matter; is war declared?” (The) “answer was, Yes, war to the death against slavery.”

“Come, put on a clean shirt and come along with us.”

Registered walkers can “put on a clean shirt and come along” on Sunday, Oct. 23 at 7:30 a.m. at Canal Town Museum, Canal Street in Canastota. The long sleeved tee shirt will display the Abolition Road logo designed by Chinedu Okigbo of Arielle Signs in Syracuse.

Brief reenactments of the 104 men arriving in Canastota at 8:30 a.m. and walking up The Oxbow at 10 a.m. will accompany the unveiling of interpretive signs that tell the story of the Abolitionists Freedom Walk as walkers make their way to Clockville (2.4 miles) and back to Canastota.

At 1 p.m. at the Smithfield Community Center in Peterboro a brief reenactment of Ann and Gerrit Smith’s reception to the abolitionists will be held for the public. Milton C. Sernett PhD will have his publication Come to Peterboro available at walker registration on Oct. 23.

Sernett is professor emeritus of African American Studies and History at Syracuse University, where he taught for three decades. He is the author of twelve books, a founder of the National Abolition Hall of Fame and Museum, and serves on the NAHOF Cabinet of Freedom.

The Abolitionist Freedom Walk is one component of the National Abolition Hall of Fame and Museum Induction Weekend from Oct. 21 to 23 at which time Robert Everett, Calvin Fairbank, and Stephen Myers will be inducted to the Hall of Fame.