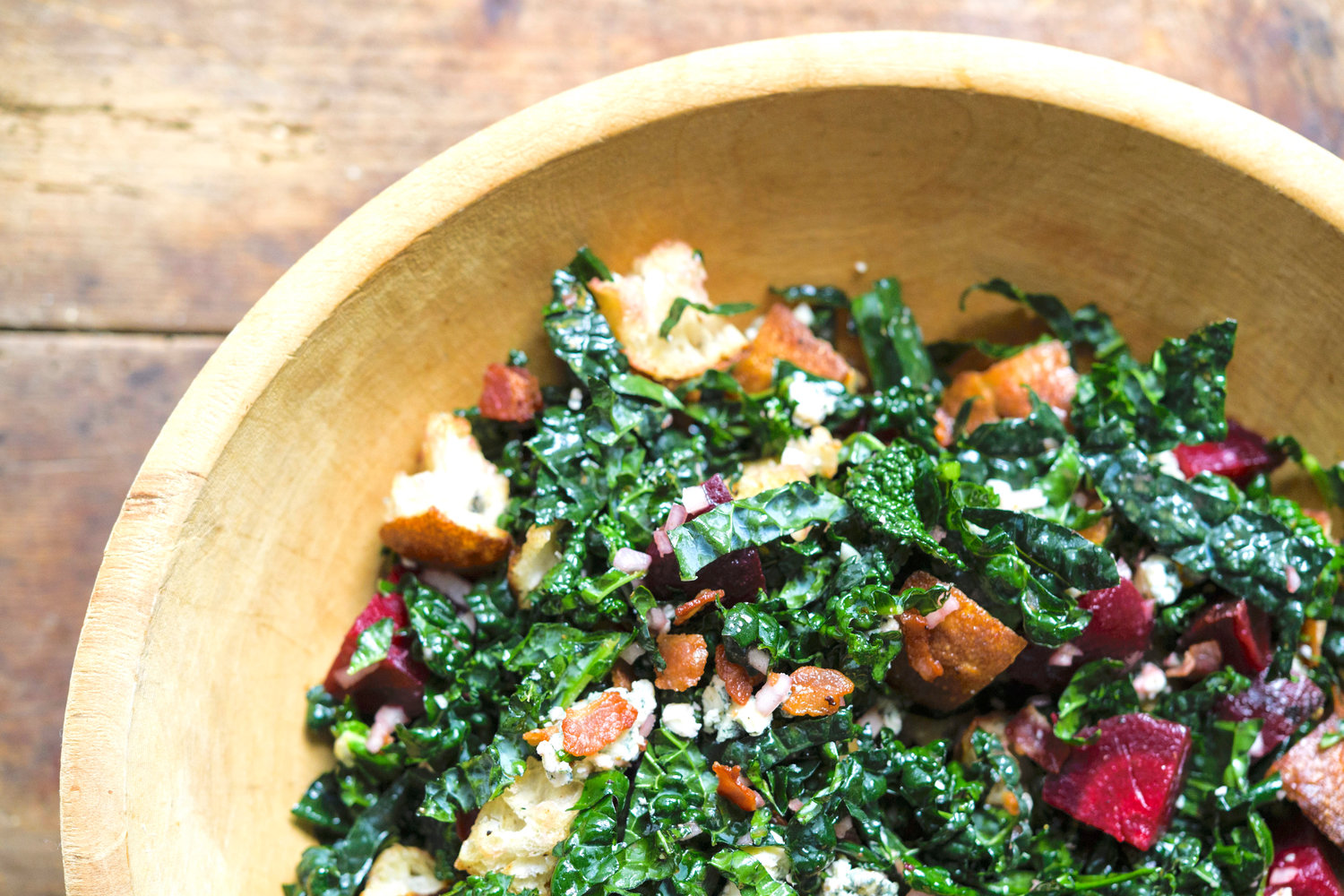 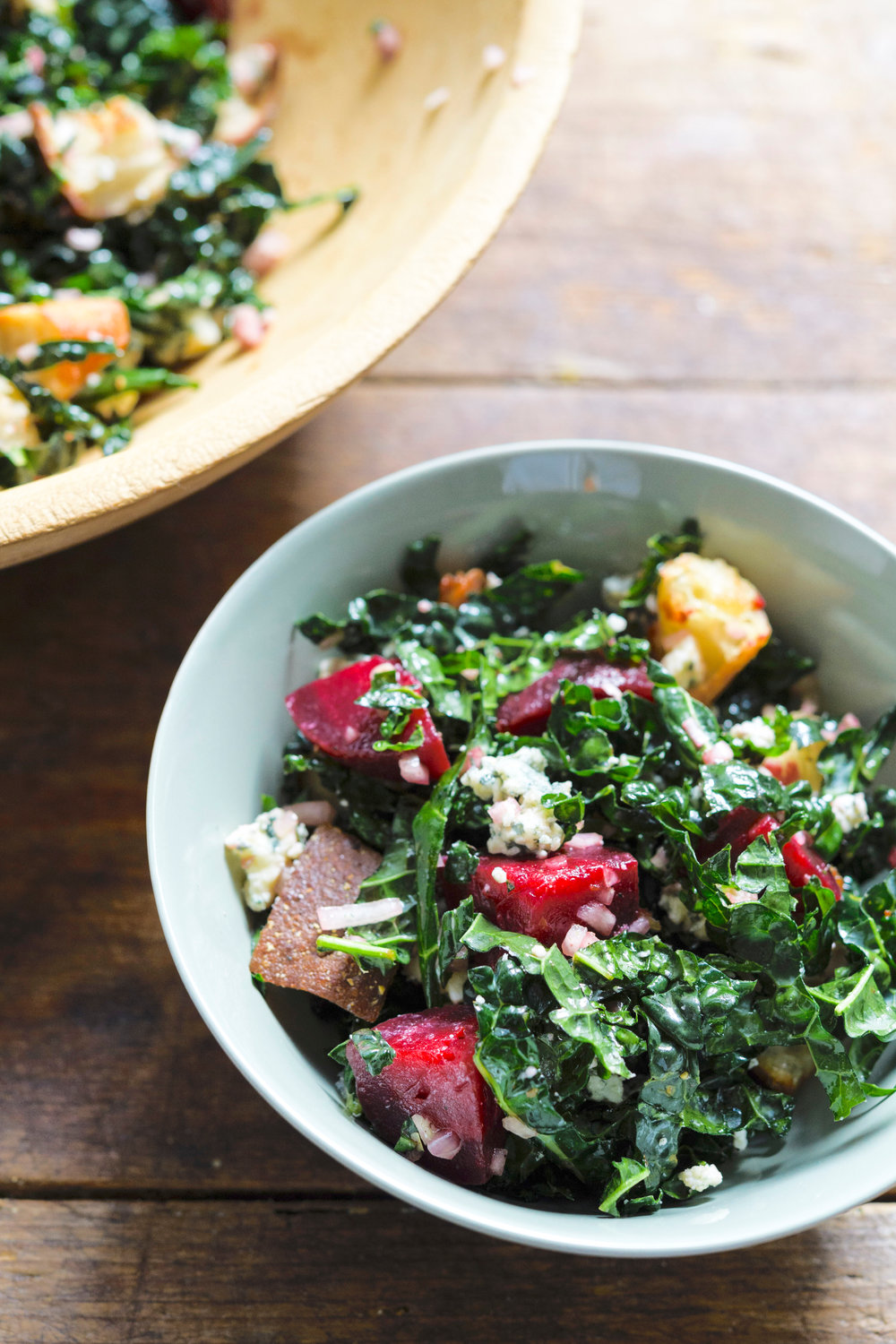 Kale salads may be all the rage, but served raw, the sturdy green can be off-puttingly tough. So we looked at its cousin, cabbage, for clues on how to tame the texture without cooking it.

Kimchi and sauerkraut recipes use a salt massage to soften leaves, and we were pleased to find the same technique does wonders for the texture of kale. We’ve since applied the technique to several recipes for kale salads, but we particularly like it in this one from our book “Milk Street Tuesday Nights,” which limits recipes to 45 minutes or less.

It’s a wintry take on panzanella, the Italian bread salad with tomatoes. Since good tomatoes still are several months off, we swap them for kale and pair it with sweet, earthy beets and bold blue cheese. It’s delicious on its own as a light main course, but it also is excellent as a side dish to roasted chicken or pork.

We like the convenience of vacuum-packed cooked baby beets sold in the produce section of the supermarket, but if you prefer, roast and peel your own.

5 ounces rustic bread, such as ciabatta, cut into 1-inch pieces (about 4 cups)

In a small bowl, stir together the shallots and vinegar. Set aside. In a 12-inch nonstick skillet over medium, cook the bacon until browned and crisp, 8 to 10 minutes. Transfer to a paper towel–lined plate, then discard the fat in the skillet.

In the same skillet, heat 2 tablespoons of the oil over medium-high until shimmering. Add the bread and cook, tossing frequently and lowering the heat slightly if the oil smokes, until golden brown, 4 to 5 minutes. Transfer to another plate and let cool until barely warm.

In a large bowl, toss the kale with ¼ teaspoon salt then massage it with your hands until it softens and darkens, 10 to 20 seconds. Add the bread and the beets.

To the shallot mixture, whisk in the remaining 2 tablespoons oil, ½ teaspoon salt, ¼ teaspoon pepper and the honey. Add to the kale mixture and toss. Add the cheese and bacon, then toss gently. Taste and season with salt and pepper.