In a major expansion of gun rights, the Supreme Court said Thursday that Americans have a right to carry firearms in public. 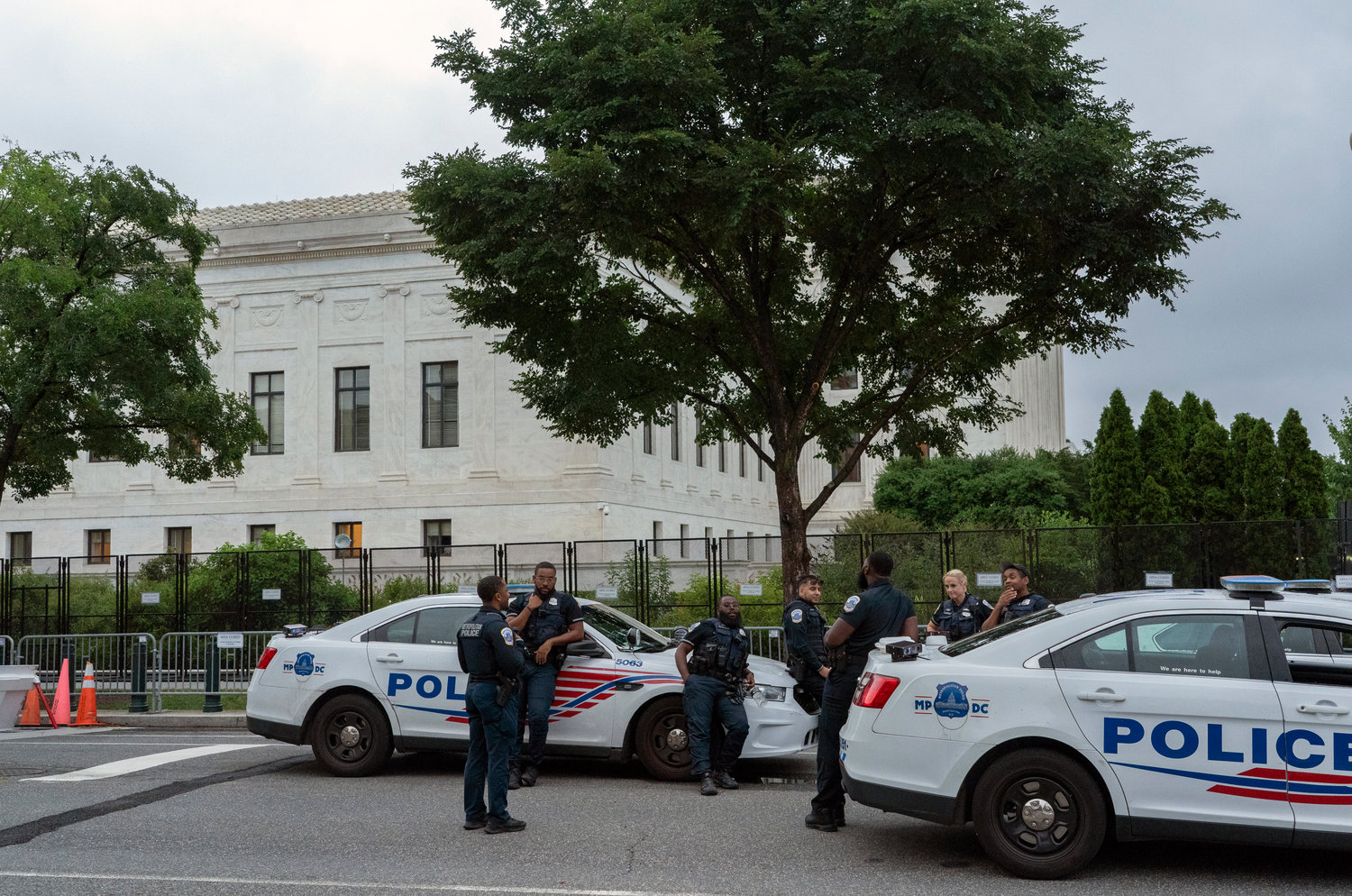 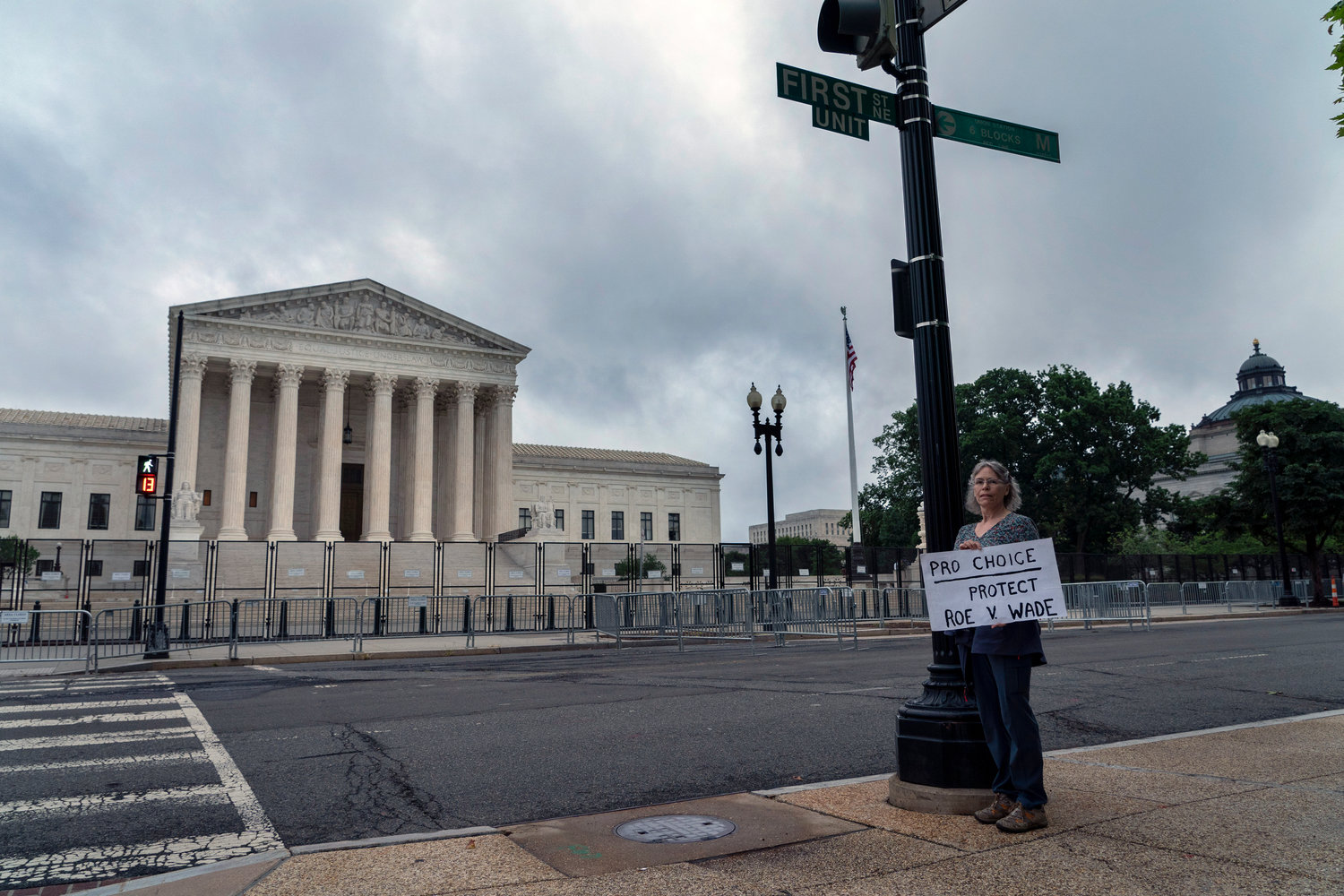 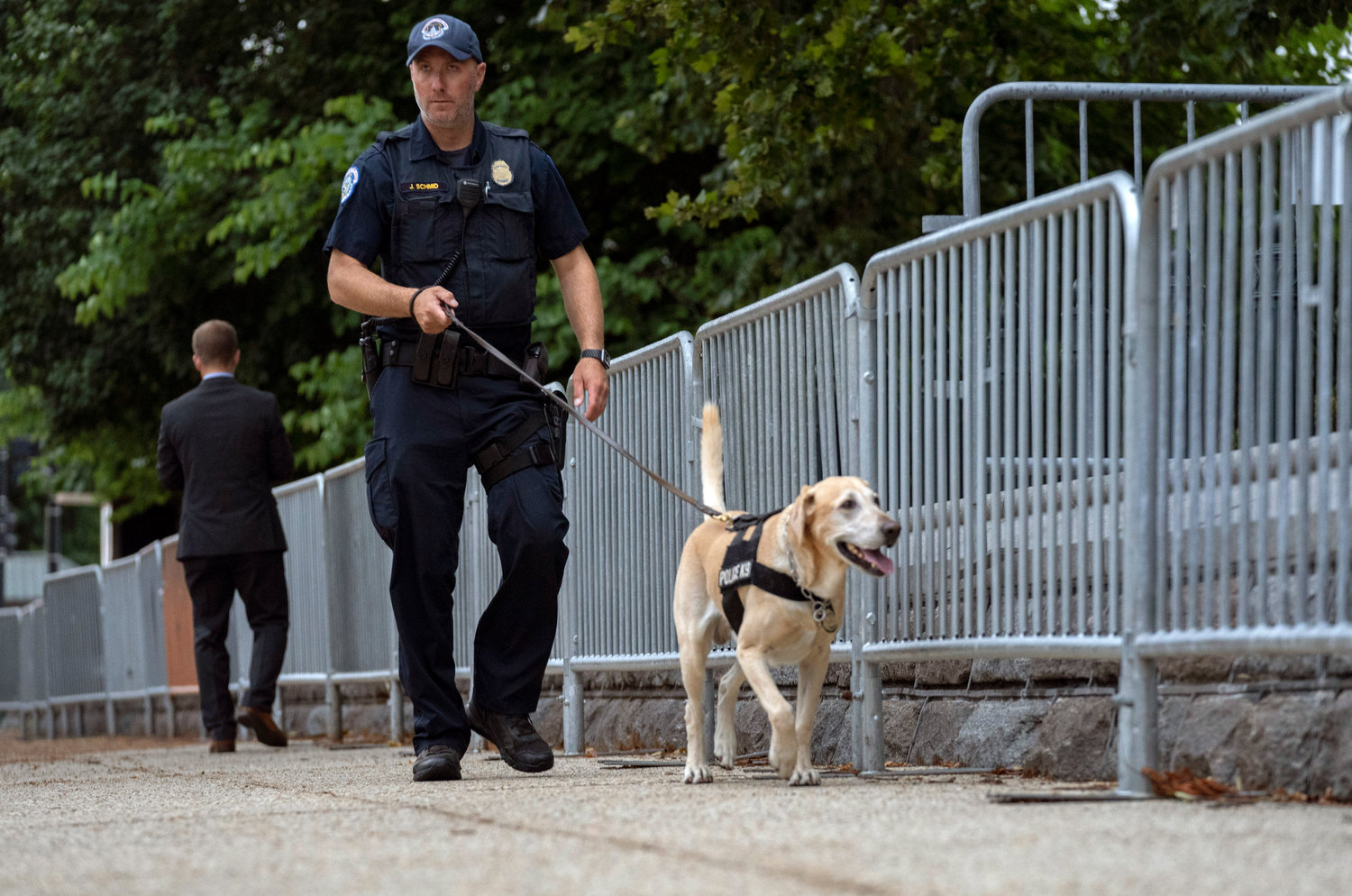 A police officer leads a K-9 in the street outside of the U.S. Supreme Court in Washington, Thursday, June 23, 2022. (AP Photo/Gemunu Amarasinghe)
AP
Previous Next
Posted Friday, June 24, 2022 6:30 am
Staff and wire reports

WASHINGTON, D.C. — In a major expansion of gun rights, the Supreme Court said Thursday that Americans have a right to carry firearms in public. The justices’ 6-3 decision follows a series of recent mass shootings and is expected to ultimately allow more people to legally carry guns on the streets of the nation’s largest cities — including New York, Los Angeles and Boston — and elsewhere. About a quarter of the U.S. population live in states expected to be affected by the ruling, the high court’s first major gun decision in more than a decade.

The ruling comes as Congress is working toward passage of gun legislation following mass shootings in Texas, New York and California.

Justice Clarence Thomas wrote for the majority that the Constitution protects “an individual’s right to carry a handgun for self-defense outside the home.”

In their decision, the justices struck down a New York law requiring people to demonstrate a particular need for carrying a gun in order to get a license to carry one in public. The justices said that requirement violates the Second Amendment right to “keep and bear arms.”

New York Gov. Kathy Hochul said the decision comes at a particularly painful time, when New York is still mourning the deaths of 10 people in a mass shooting at a supermarket in Buffalo. “This decision isn’t just reckless. It’s reprehensible. It’s not what New Yorkers want,” she said.

Rep. Claudia L. Tenney, R-22, New Hartford, released the following statement regarding the Supreme Court’s decision: The “… ruling by the Supreme Court reaffirms and strengthens our Second Amendment rights. As the defund the police movement goes mainstream in the Democrat Party and failed progressive policies like bail reform make our streets less safe, it is more important than ever to ensure law-abiding Americans can properly defend themselves inside and out of their homes. This vital issue was at the core of today’s ruling.”

“Last year, I was honored to lead 175 of my colleagues in an amicus brief to the Supreme Court in support of the plaintiffs in this case, which challenged New York’s onerous, arbitrary, and unconstitutional concealed carry laws. I am grateful for the overwhelming support of my colleagues, and today, I am glad to see that it made a difference,” Tenney’s statement added.

The Supreme Court ruling comes days after police and city officials in Rome outlined a new Street Crime Unit at the department in an effort to tackle gun and drug-related crimes in the community. In July 2021, state officials announced that the city of Utica would receive $600,000 to help combat gun violence in the community. Utica was one of 20 communities statewide to share in $16 million in total grant funding.

In a dissent joined by his liberal colleagues, Justice Stephen Breyer focused on the toll taken by gun violence. “Since the start of this year alone (2022), there have already been 277 reported mass shootings — an average of more than one per day,“ Breyer wrote.

Backers of New York’s law had argued that striking it down would lead to more guns on the streets and higher rates of violent crime. Gun violence, which was already on the rise during the coronavirus pandemic has spiked anew.

In most of the country gun owners have little difficulty legally carrying their weapons in public. But that had been harder to do in New York and the handful of states with similar laws. New York’s law, which has been in place since 1913, says that to carry a concealed handgun in public, a person applying for a license has to show “proper cause,” a specific need to carry the weapon.

The Supreme Court last issued a major gun decision in 2010. In that decision and a ruling from 2008 the justices established a nationwide right to keep a gun at home for self-defense. The question for the court this time was about carrying one outside the home.

The challenge to the New York law was brought by the New York State Rifle & Pistol Association, which describes itself as the nation’s oldest firearms advocacy organization, and two men seeking an unrestricted ability to carry guns outside their homes.