No one was injured when a garage workshop went up in flames on Old Route 287 in Remsen. 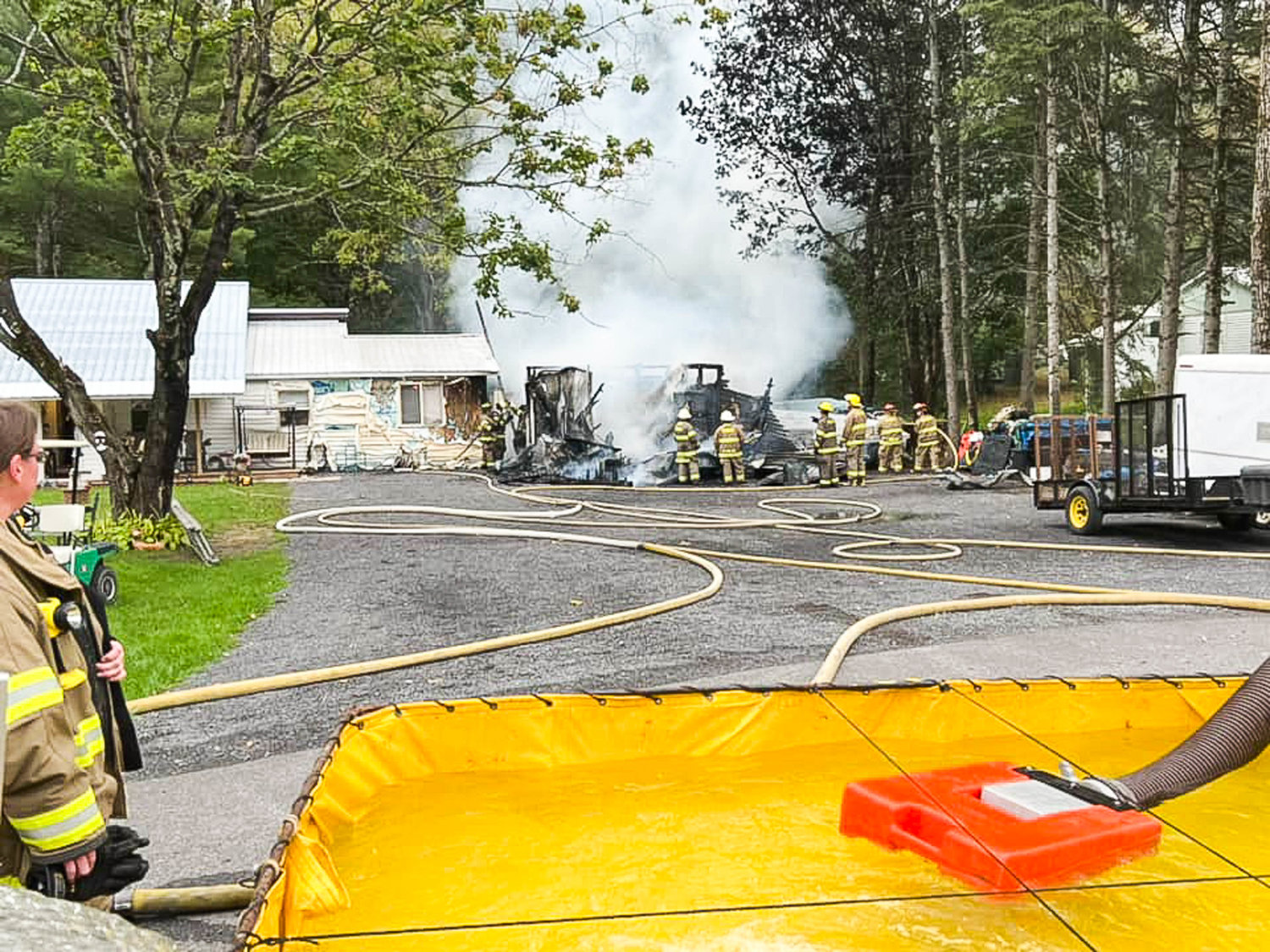 REMSEN — No one was injured when a garage workshop went up in flames on Old Route 287 in Remsen Wednesday afternoon, according to the Remsen Fire Department.

Remsen Fire Chief Robert Eaton said the alarm was raised at 3:44 p.m. Wednesday for the fully involved garage fire at 4036 Old Route 287, located just off Route 365 on the north side of the Hinkley Reservoir. Eaton said no one was in the garage at the time and no one was injured.

"It got into the house. We saved the house," Eaton stated.

"The house is still livable. Nobody is displaced."

Volunteers from four local departments responded and launched an exterior attack on the garage, the chief said. Water was tankered to the scene from about a half-mile away. The fire was declared under control within an hour.

The cause of the fire remains under investigation, and Eaton said they are looking into the kerosene heater as a possible culprit.