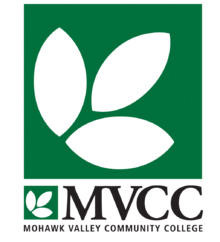 The Oneida County Board of Legislators will hold a public hearing on Mohawk Valley Community College’s proposed 2017-18 budget of nearly $50 million Wednesday at 2 p.m. at the County Office Building.

Overall, college President Van Wagoner and the board of trustees are proposing a budget decrease of about $1.5 million, or 2.9 percent, from the current spending plan. The school continues to face declining enrollment.

The per credit hour fee paid by part-time students would increase from $160 to $165.

MVCC expects state aid to decrease by $500,086, or 3.5 percent. The drop is a result of the anticipated 2.7 percent enrollment decline.

In his budget summary to County Executive Anthony J. Picente Jr., Van Wagoner said the rate of the student decline is slowing and there are several enrollment initiatives that are “showing good promise.” Enrollment fell 4 percent this past year.

Besides its sponsor share, the school is asking the county to allocate $100,000 to update five computer labs and $125,000 to continue funding for the Achieving the Dream initiative to help more students succeed.

The budget is using about $290,00 in fund balance. MVCC pulled $1.5 million from its reserves this past school year to balance the budget. The fund balance is estimated to be $3.9 million, as of Aug. 31.

In his budget summary to County Executive Anthony J. Picente Jr., Van Wagoner said the rate of the student decline is slowing and there are several enrollment initiatives that are “showing good promise.”

The budget eliminates 16 full-time vacant positions — there were several layoffs in the spring — and, in addition to two retirements, calls to fill 17 vacancies.

The hearing is the first item of business at the board’s monthly 2 p.m. session in the 10th-floor legislative chambers.

The board is scheduled to adopt the budget later in the meeting.