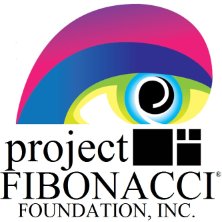 The Project Fibonacci Foundation Inc. has been selected as a recipient of a weekly CNY Tuesdays grant award in the amount of $2,000 to assist with STEAM Leadership Education services in our area.

The Foundation, including nine other nonprofit organizations, were chosen as finalists to campaign for votes over a 5-day period before the votes were counted and the grand winner announced on Thursday, Sept. 30.

CNY Tuesdays is a weekly campaign recognizing local non-profit organizations. The campaign, organizers say, is a vehicle to give a voice to the many nonprofits making a difference in Central New York communities. Adam Weitsman, owner of Upstate Shredding, and his daughter Clover, are behind the program, empowering the featured organizations to transform their communities even further through the weekly $2,000 grants.

“Smaller but important wins like this, lead to big wins benefitting the Foundation, the Rome community, and neighboring communities,” said Foundation Chairman Andrew Drozd,who expressed his thanks for all those who voted for the Project Fibonacci Foundation and for continuing to support its vision of Enriched STEAM Communities Driving a Modern Renaissance.

Vote totals for the nine online contestants were not released.