Work is coming along on Verona’s water infrastructure project. 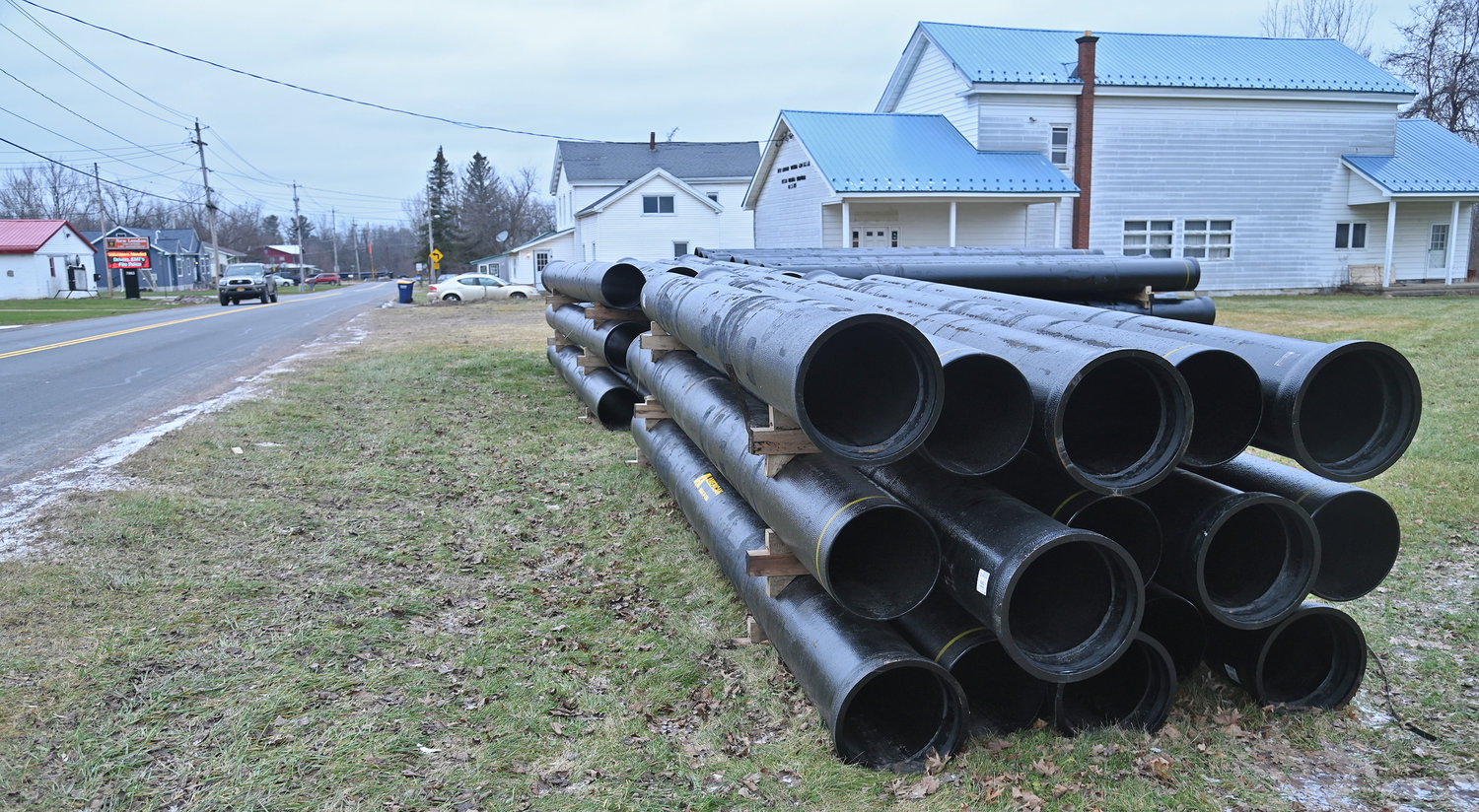 Sewer pipes to be installed along opposite the New London Fire Hall Monday, January 9, 2023.
(Sentinel photo by John Clifford) 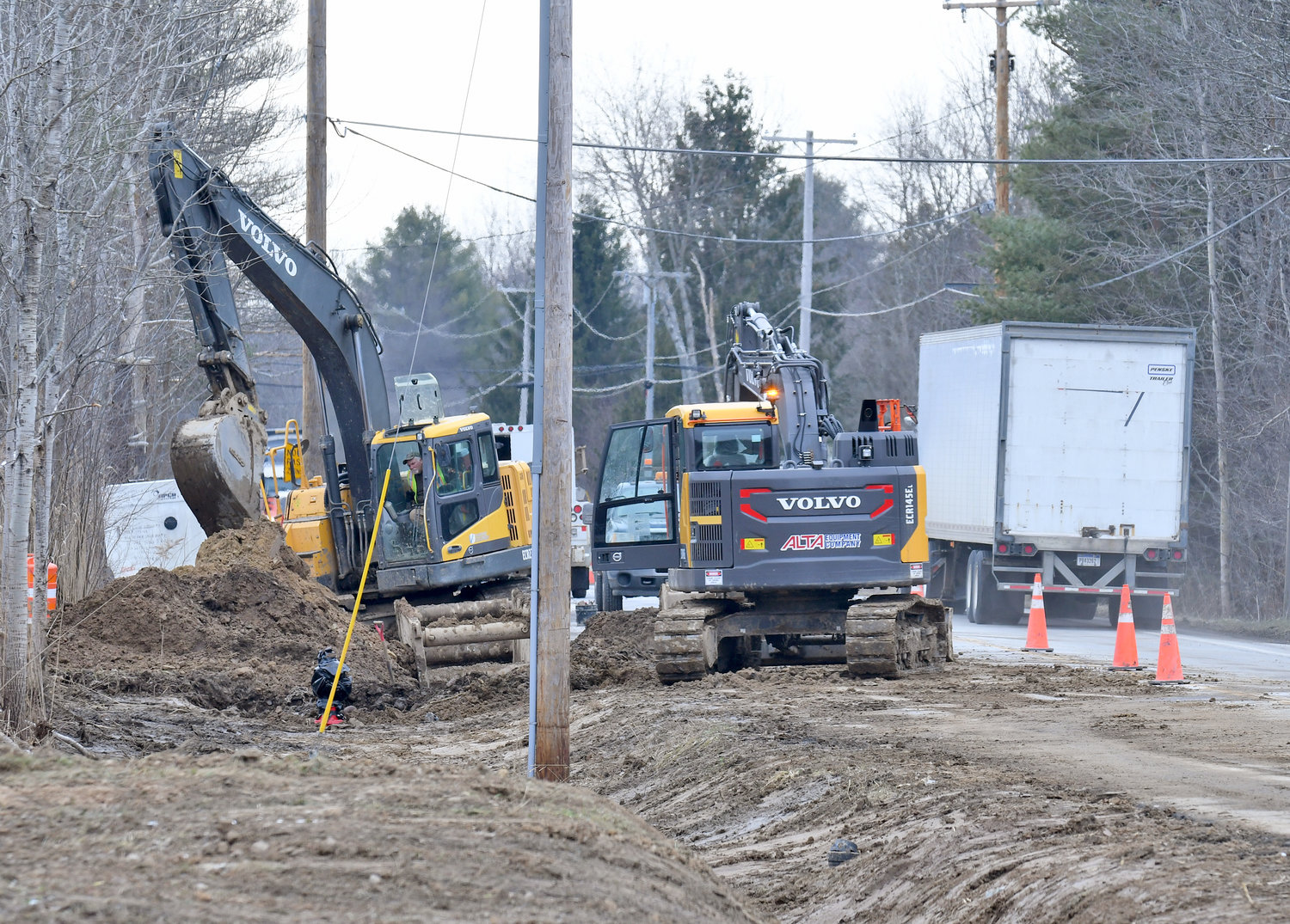 Water work continues on Route 46/49 near Fort Rickey Children’s Discovery Zoo on Wednesday, Jan. 11. Verona town officials say work is progressing on project that will provide municipal water to about 500 town residents as well as install fire hydrants in some areas in the town, including New London.
(Sentinel photo by John Clifford)

Piping stretches across the parking lot at Satch's Tavern in New London earlier this month. Verona town officials say work is progressing on project that will provide municipal water to about 500 town residents as well as install fire hydrants in some areas in the town, including New London.
(Sentinel photo by John Clifford) 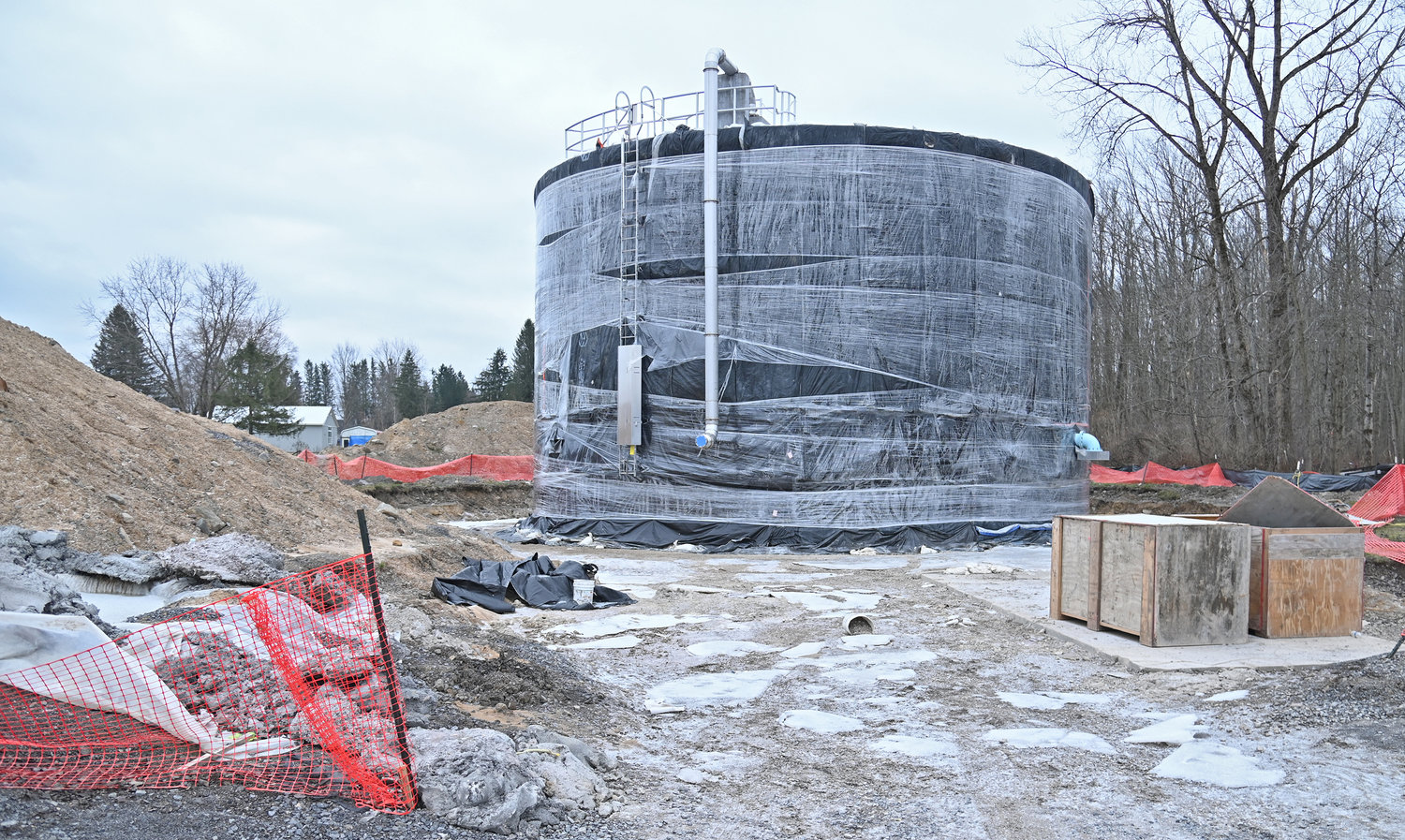 VERONA —  Work is coming along on Verona’s water infrastructure project.

“Our Rome water connection through the township and hamlets, connecting to our existing water system, will pick up about just under 500 residents,” said Verona Town Supervisor Scott Musacchio. “It will not just supply them with water, but hydrants will be installed offering added fire protection.”

In 2020, the Rome city council voted unanimously to enter into a contract with Verona to sell water. Verona had previously been purchasing water from Oneida, but the quantity was not enough to meet demands.

“There’s nothing wrong with the city of Oneida’s water,” the supervisor said. “It’s not a quality issue with Oneida, they just couldn’t give us enough.”

Per the deal, Rome would sell water to the town at an initial rate of $6.10 per 1,000 gallons, and the initial contract would be for a period of five years. And, it can be renewed for additional five year terms following.

“Expected completion will be, hopefully, early 2024,” Musacchio said. “This project has been discussed for 20 years now, but we finally got the funding back in 2018 from several grant sources.”

The cost for the Verona water infrastructure project to connect to Rome is about $3.4 million, the supervisor said.

And while this project opens the door for residents to tap into city water, it also adds fire protection to the eastern part of Verona.

“Places like New London and other areas that way don’t have the fire protection you get from hydrants,” Musacchio said, adding that fire departments need to rely on tanker trucks.

“And that delays fire fighters as they set up trucks, slowing them down,” he said.

And though it’s taken time, the supervisor is happy to see progress being made and a potential completion time on the horizon.

“This has been a public safety issue and a quality of life issue,” Musacchio said. “Well water [is fickle]. You can have a good well and next door, it’s contaminated. And the well water wrecks havoc on appliances and clothes.”