Students in the microbiology class at the State University of New York at Morrisville have helped to pioneer the first protist survey conducted at Rogers Environmental Education Center, in Sherburne. 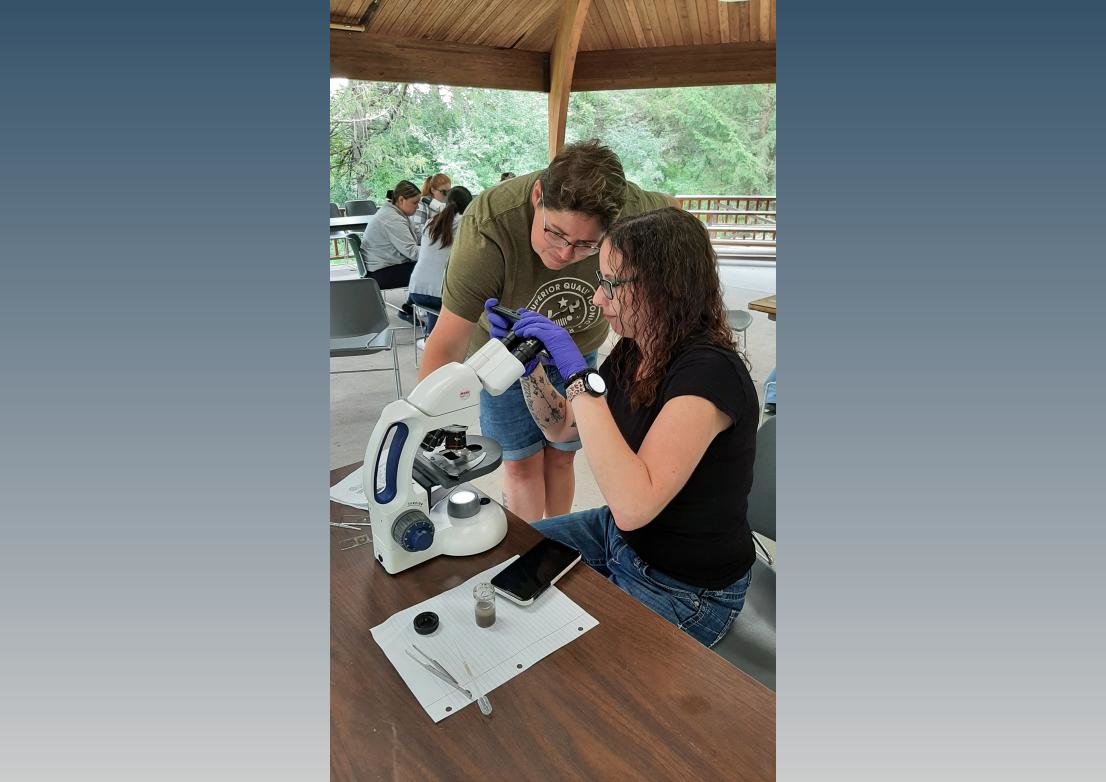 SUNY Morrisville nursing students Heather Blanchard and Kaylee Wilson use a microscope to identify protista during a microbiology lab at the college’s Norwich campus.
(Photo submitted)
Posted Thursday, November 3, 2022 3:00 am

SHERBURNE — Students in the microbiology class at the State University of New York at Morrisville’s Norwich campus, taught by Associate Professor Eric Diefenbacher, have helped to pioneer the first protist survey conducted at Rogers Environmental Education Center, in Sherburne.

More than 60 genera of protists were found during the survey, the results of which will help further the educational mission of the Rogers Center.

Students used a fleet of portable microscopes and their cellphones to capture images to catalogue the diverse array of protists in that area.

“The lab gives students — especially those in nursing — the experience of seeing the behind-the-scenes work that goes into discovering organisms that could cause human health issues, like blue-green algae and other pathogenic protists,” Diefenbacher said.

Diefenbacher, of Norwich, utilizes a real-life classroom approach and regular undergraduate work in his courses, which give students valuable field experience and an opportunity to explore and develop research skills for their future careers while also benefiting the community.

Students conduct field work and research at various
locations, including Rogers Environmental Center, Owens West Wildlife Management
Area in Morrisville, and in the labs on campus. The work
they do provides important
findings for the sites they visit and skills in scientific communication for students involved.

Students in Diefenbacher’s classes have been involved in other projects at the Rogers Center. His herpetology class conducted a study on observations of two types of aquatic ROVs, also known as aquatic drones, to determine if they allowed for accurate species identification of turtles. The study led the class to be published in the Journal of North American Herpetology.

In 2018, his fall herpetology class study, titled “Use of data loggers to investigate temperature trends above and below cover objects used by Plethodontid Salamanders,” was published in the scientific journal, IRCF Reptiles & Amphibians Conservation and Natural History.

Diefenbacher collaborates with local environmental agencies, nonprofit organizations, school districts and teachers to enhance educational delivery on a wide range of science topics and welcomes new collaborations from a variety of disciplines.

An organismal biologist specializing in herpetology, Diefenbacher teaches at the Morrisville and Norwich campuses.