Production of baby formula has resumed at the Abbott Nutrition factory in Michigan whose February shutdown over contamination contributed to a national shortage, a company spokesman said. 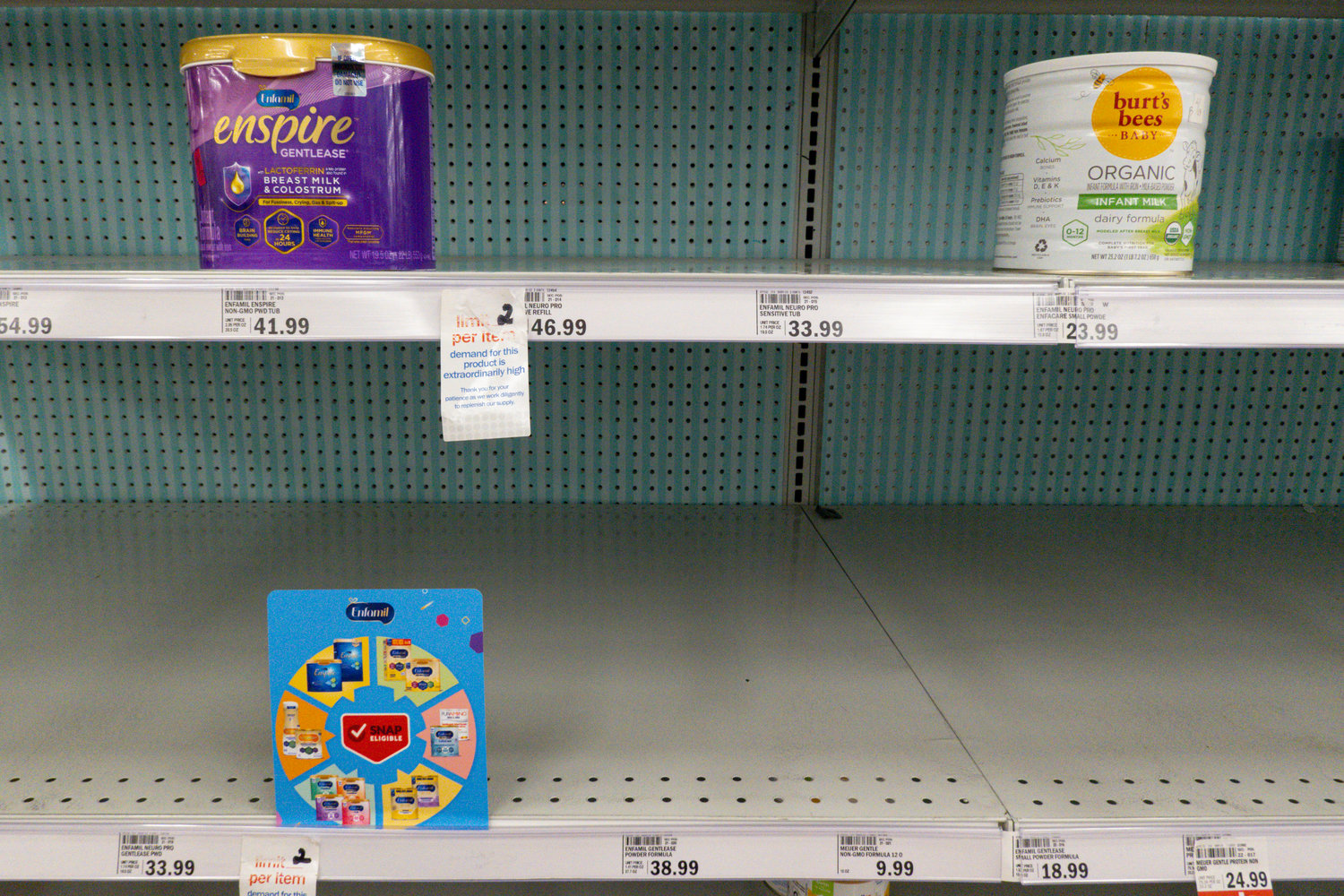 Baby formula is displayed on the shelves of a grocery store in Carmel, Ind. on May 10, 2022. Among actions taken during the formula shortage over the past several months, a bill introduced early June, 2022, would require the Food and Drug Administration to inspect infant formula facilities every six months. U.S. regulators have historically inspected baby formula plants at least once a year, but they did not inspect any of the three biggest manufacturers in 2020.
(AP Photo/Michael Conroy, File)
Posted Saturday, July 9, 2022 9:01 pm
Frank Bajak, Associated Press

Production of baby formula has resumed at the Abbott Nutrition factory in Michigan whose February shutdown over contamination contributed to a national shortage, a company spokesman said.

Damage from severe thunderstorms including flooding had forced the Sturgis plant to halt operations in mid-June just two weeks after restarting production with additional sanitizing and safety protocols.

"We are working to restart Similac production as soon as we can. We'll provide more information when we have it," he said via email.

Abbott recalled several leading brands of formula in February, including Similac. That squeezed supplies already been strained by supply chain disruptions and stockpiling during COVID-19 shutdowns.

The shortage was most dire for children with allergies, digestive problems and metabolic disorders who rely on specialty formulas.

Abbott is one of just four companies that produce about 90% of U.S. formula. Koval declined to say how much of Abbot's overall U.S. supply of infant formula is produced at the Sturgis plant.

The plant was closed in February after the Food and Drug Administration began investigating four bacterial infections among infants who consumed powdered formula from the plant. Two of the babies died. The company says its products have not been directly linked to the infections, which involved different bacterial strains.

FDA inspectors eventually uncovered a host of violations at the plant, including bacterial contamination, a leaky roof and lax safety protocols.

On Wednesday, the Food and Drug Administration announced plans to help overseas makers of infant formula that have sent supplies, under emergency approval to address the shortfall, secure long-term authorization to market their formula in the U.S. The plan is to provide American consumers with more choices and make supplies more resilient against current or future shortages.

FDA commissioner, Dr. Robert Califf, and Susan Mayne, the director of the agency's Center for Food Safety and Applied Nutrition, said in a statement that the Sturgis plant shutdown "compounded by unforeseen natural weather events, has shown just how vulnerable the supply chain has become."