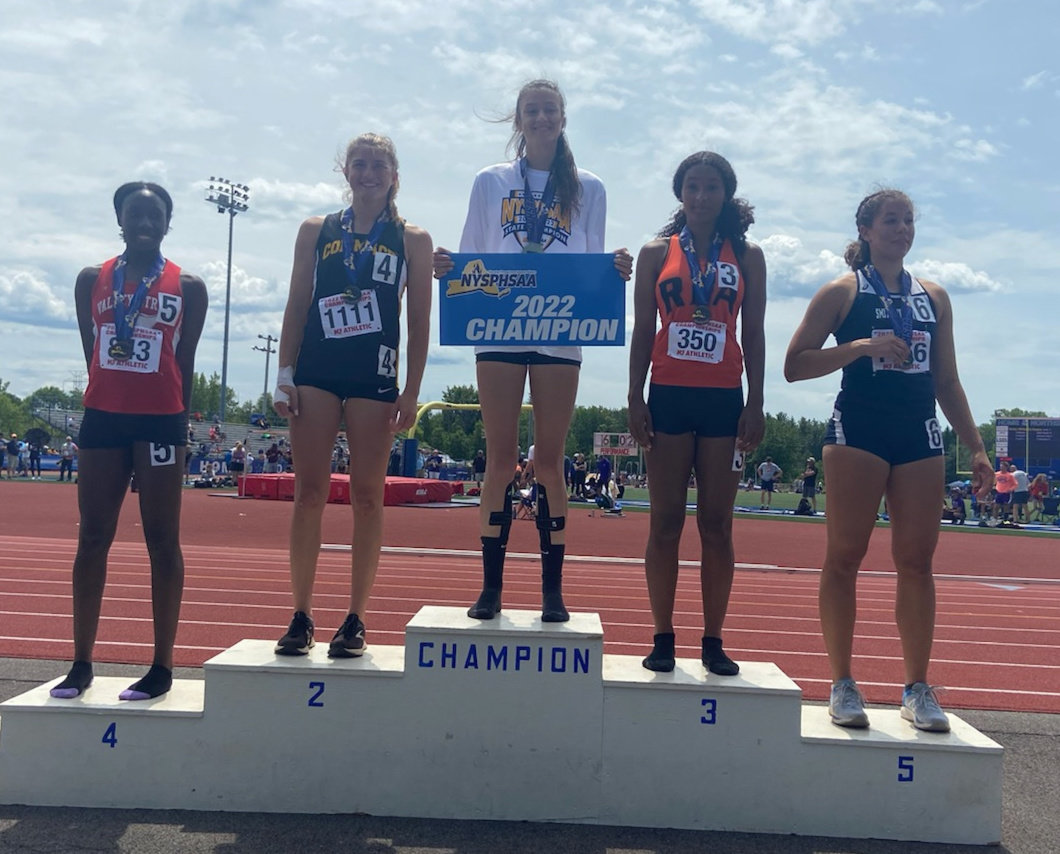 Rome Free Academy sophomore Imani Pugh, second from right, was third in the state and Federation in the pentathlon during the event at Ciero-North Syracuse High School.
(Photo submitted) 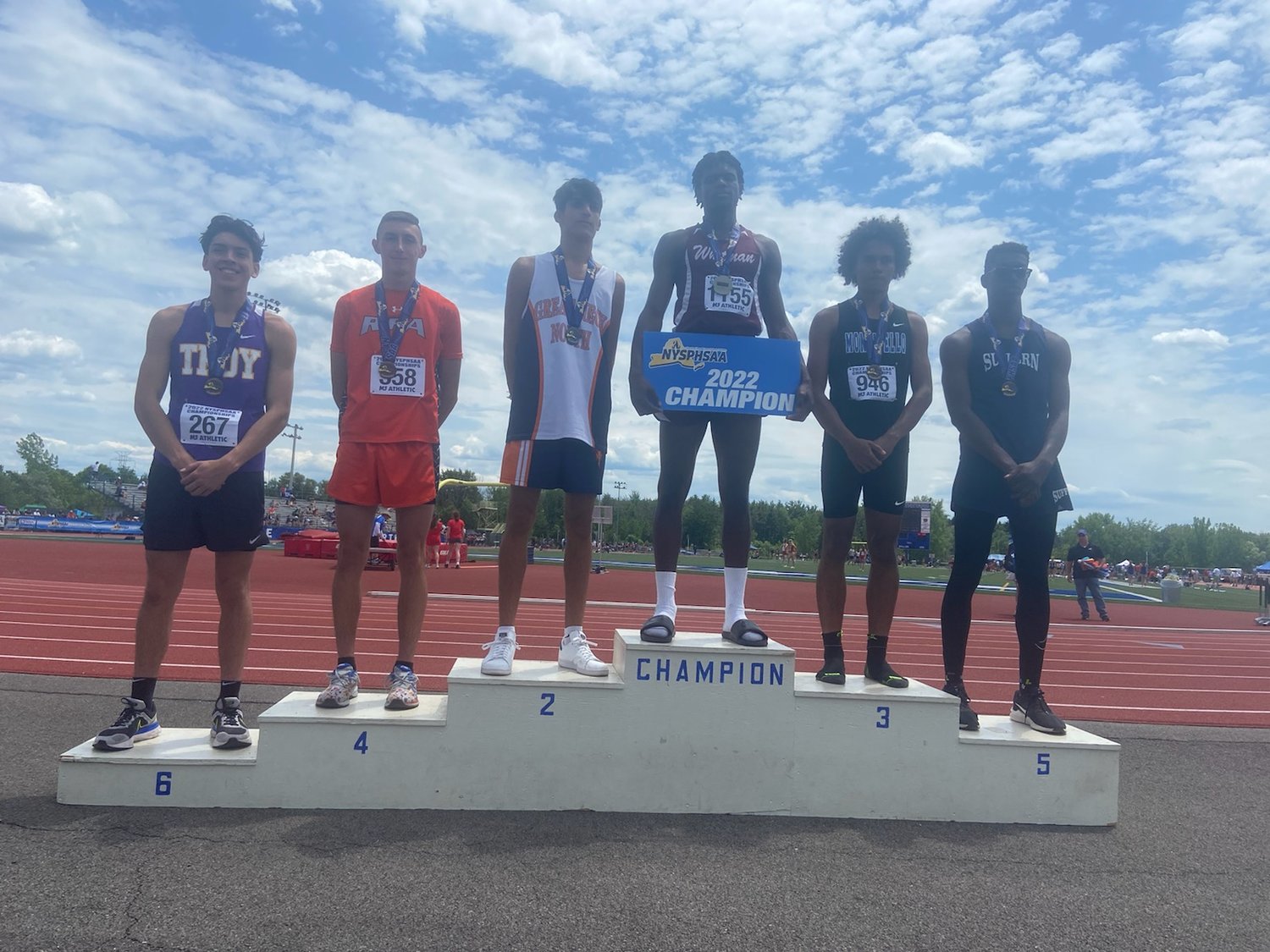 Rome Free Academy senior Edward Rakowski, second from left, was fourth in the state and fifth in Federations in high jump in the event at Cicero-North Syracuse High School.
(Photo submitted) 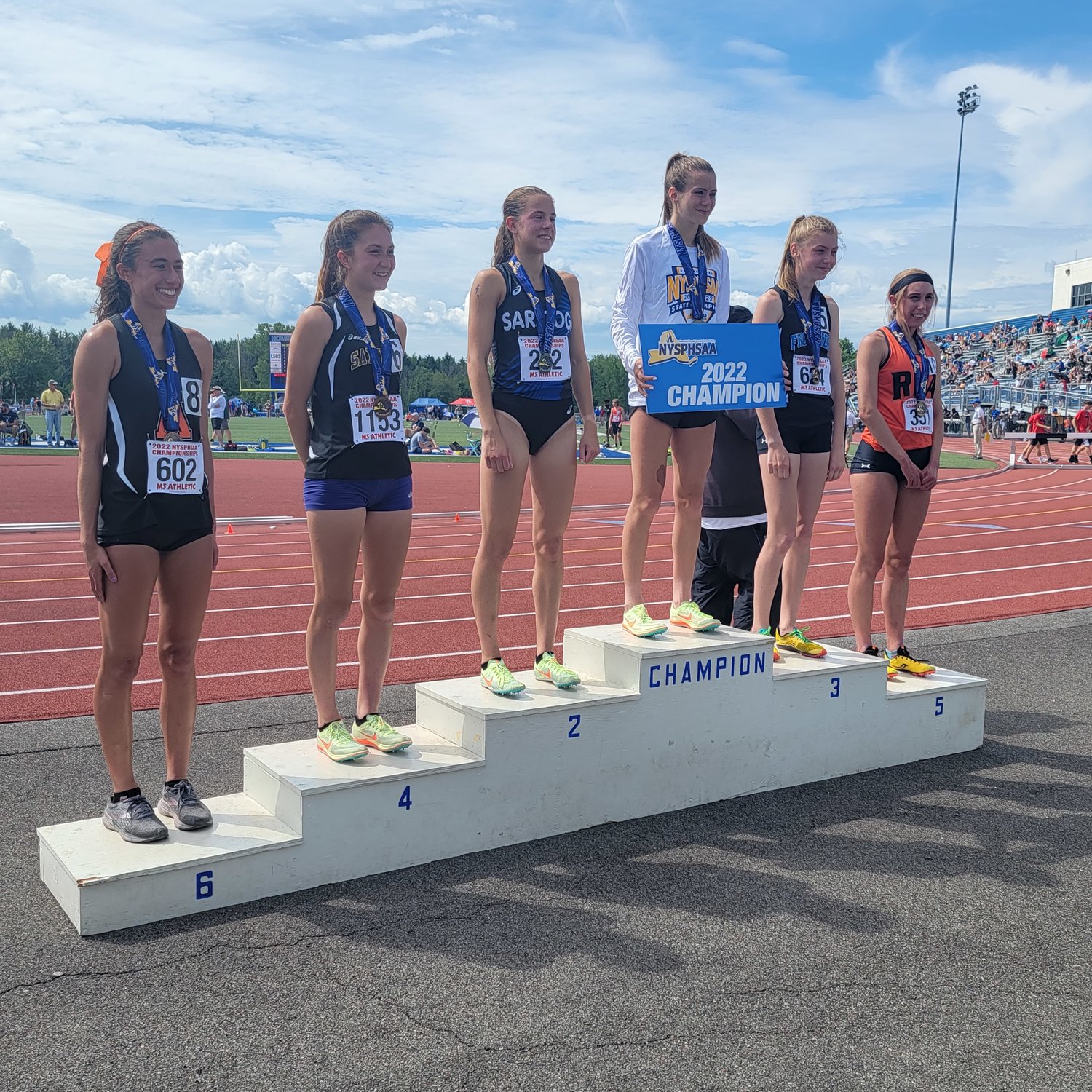 Rome Free Academy senior Emily Toth-Ratazzi, far right, placed was fifth in the state in the 2,000-meter steeplechase in the championships at Cicero-North Syracuse.
(Photo submitted) 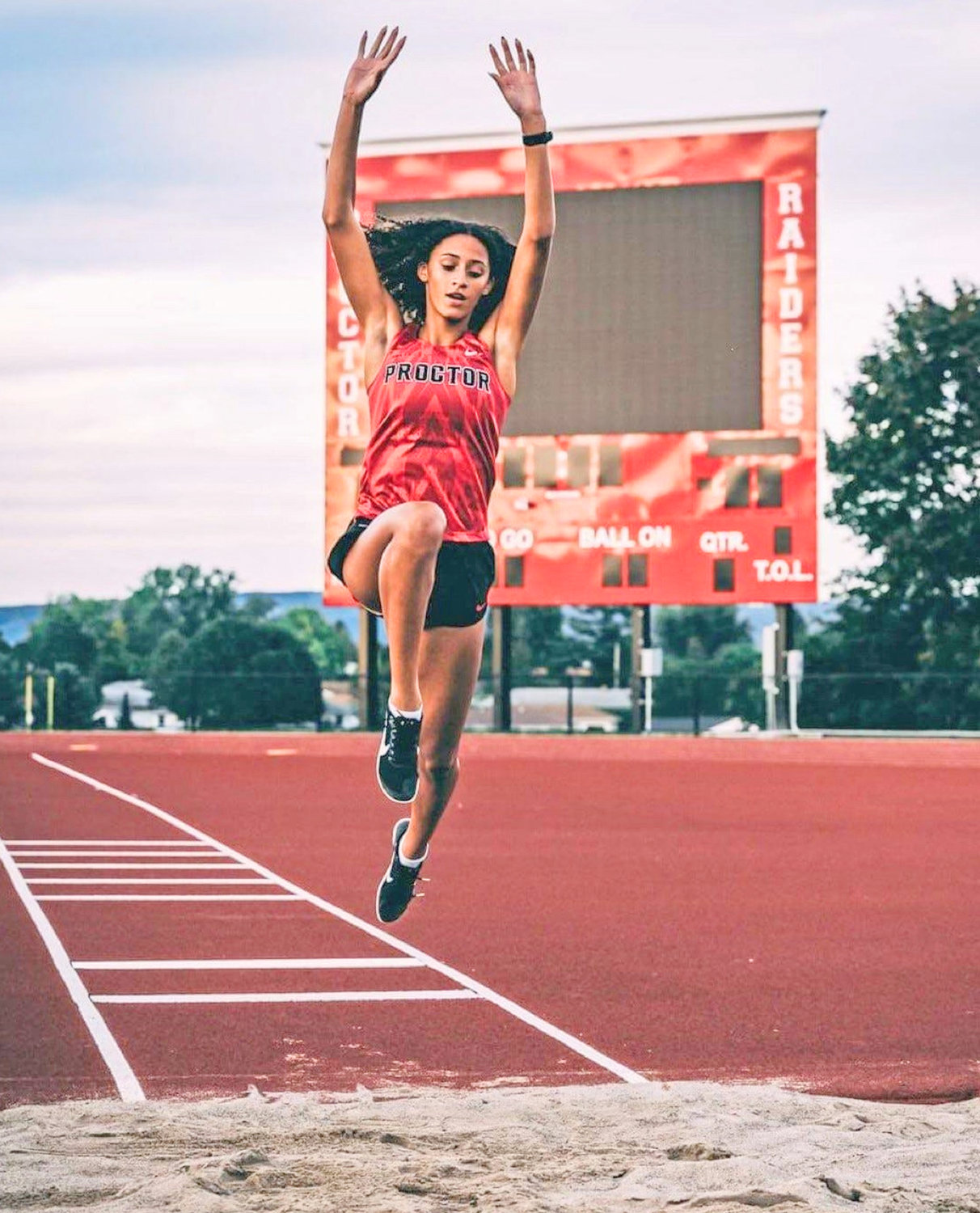 Thomas R. Proctor High School athlete Tamiah Washington capped a standout career by winning two state titles. She claimed first in the Division 1 long jump with a leap of 19 feet, 4.5 inches as well as the triple jump in 41 feet, 8.75 inches.

Washington, who has committed to Division I Texas Tech, finished second at Federation with a jump of 39 feet, 7.25 inches in the triple jump. She was third in the long jump in Federation with a mark of 18 feet, 5.75 inches.

Rome Free Academy had three athletes turn in top results during the competition.

Sophomore Imani Pugh was third in the state and Federation with a school record of 3,144 in the pentathlon. That broke her record from last week, according to coach Nick Jeror. She also set a school record in the 100-meter hurdles during the penathalo in 15.29 seconds surpassing her own record.

Senior Emily Toth-Ratazzi, who has committed to Division I Syracuse University for cross-country, placed fifth in the state in the 2,000-meter steeplechase with a school record of 7 minutes, 02.59 seconds. That surpassed her own record from last week, according to Jeror. She finished seventh in the same event in Federation.

Senior Edward Rakowski was fourth in the state and fifth in Federations in high jump with a mark of 6 feet, four inches.

Also in the triple jump, Sauquoit Valley freshman Addison Lazarek was fifth in Division 2 with a mark of 36 feet, 2.50 inches.

This was the first time since 2019 that the state championships were staged after the event was scrapped in 2020 and 2021 due to challenges with the COVID-19 pandemic.