Thomas R. Proctor High School senior Tamiah Washington is a standout track and field athlete.  Washington has already signed a letter of intent to continue her career at NCAA Division I … 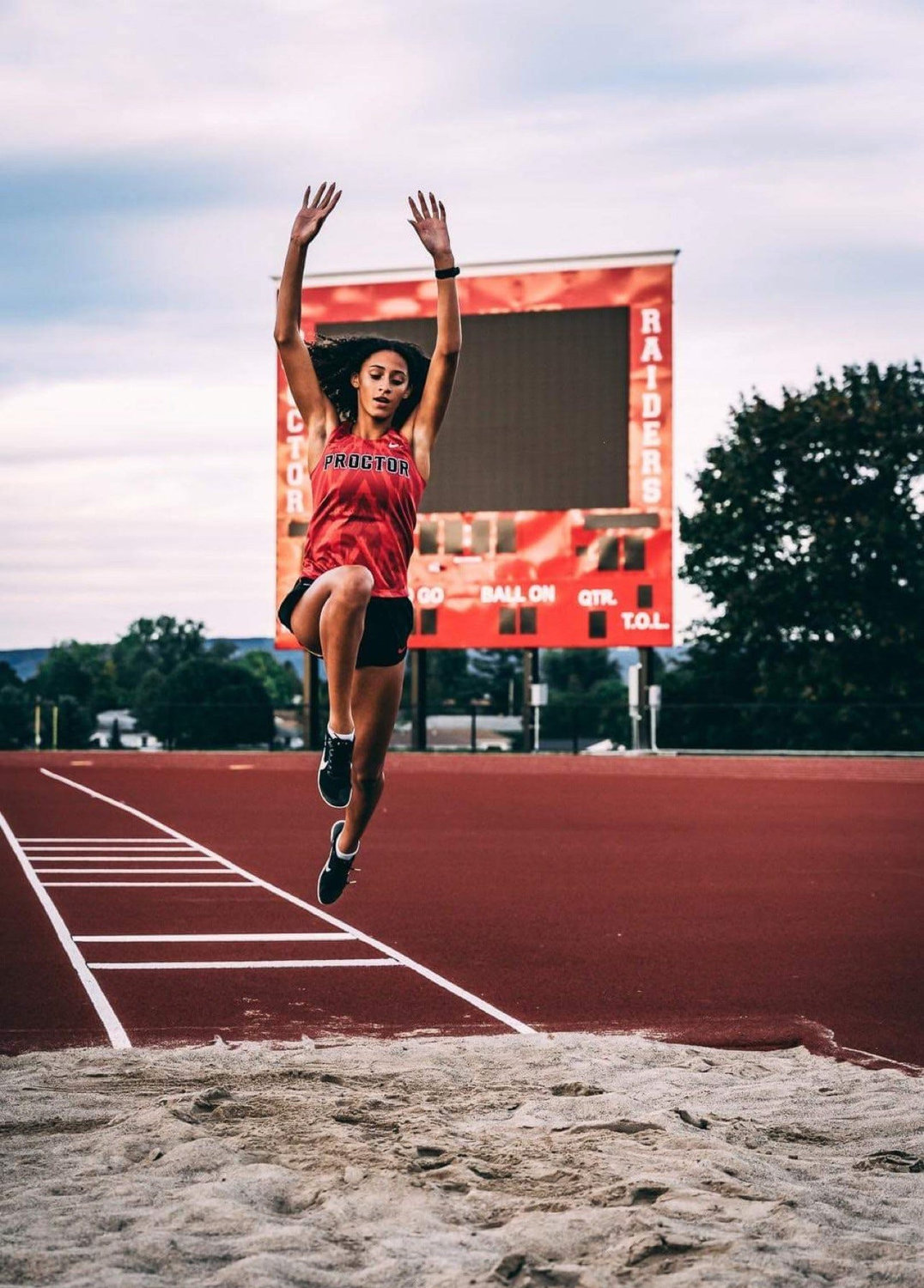 Washington has already signed a letter of intent to continue her career at NCAA Division I Texas Tech University next fall.

Earlier this week at the Tri-Valley League championships, Washington – who is ranked among the best in the country in long jump and triple jump – earned wins in four events. Proctor finished second as a team.

Washington – who has been participating in track and field for about seven years – is looking forward to the Junkyard Relays on Saturday in Clinton. Though, the focus is on the Section III championships next week where she’s pushing for some records.

Do you like track events more or field events? Why?

“I would say I like the field events more because triple jump, especially, has been my thing since middle school. I feel like it is kind of my speciality,” she said.

Washington said she has learned something new about the event each year. With that, she learns better form and how to tweak it to get better results.

She appreciates the help her coaches have provided as well as the support of her teammates for helping motivate her.

What are your primary personal goals and team goals for the season?

The goal is outdoor Section III records in triple jump and long jump.

In June 2021, she surpassed the section long jump record with a distance of 19 feet, eight-and-half inches. However, that was at a junior Olympics qualifier in New Jersey and not a Section III event, so it doesn’t count toward the record.

“I really want to win states in the both of the jumps just because I know it is possible,” she said. “I’m really confident going into the outdoors.”

You’re going to Texas Tech for school. What were the deciding factors for choosing the school? What do you plan to major in?

“Basically, they have great facilities and it is like brand new,” she said. “They have great coaches. The coaches have made a name for themselves and they’ve coached great athletes. The head coach, especially, has done a lot for his team. I like the environment and the community. Everybody was really nice to me. I really feel like I fit in there. Lubbock, in general, seems like a nice town. When I chose to post my decision (to commit), a lot of people from Lubbock that I didn’t even really know were congratulating me and welcoming me. So, I know it is going to be a good school for me.”

Before visiting the school, she had only been to Texas once before for a track meet. She also has family in Austin, Texas.

She’s planning to major in Kinesiology with a focus on sports medicine.

What’s your overall goal with track and field after college?

“I think if I’m able to reach my full potential in college and get as good as I can get, I think honestly, professional sports may be in my future,” she said.

She wants to see how she deals with college sports. She said competing at the Division I level will be good preparation for what the next step might be.

Who is an athlete you look up to from any sports? Why?

“She’s been a great runner for years. She’s a great athlete and she’s been supporting Team USA forever. She’s a big inspiration for me,” Washington said.