HIGH SCHOOL FOOTBALL: Proctor has mix of experience on both sides of ball

The Thomas R. Proctor High School football program is pushing to return to the high level the Raiders reached in 2019.

HIGH SCHOOL FOOTBALL: Proctor has mix of experience on both sides of ball 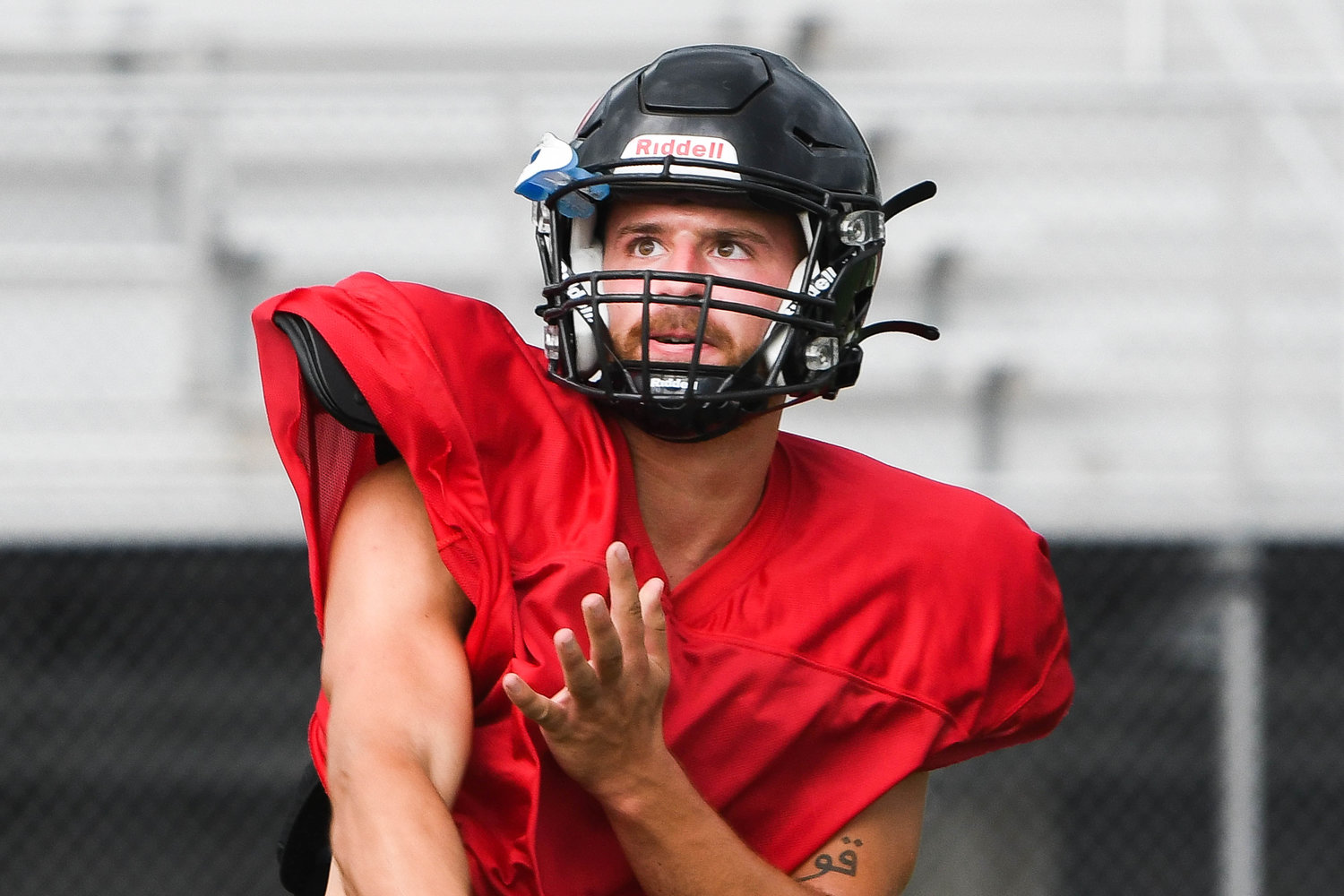 Proctor players break a huddle during practice on Aug. 30 after a play is called by senior quarterback Todd Abraham, who is set to be the team’s starter this season.
(Sentinel photo by Alex Cooper)

Proctor’s Israel Matos takes a handoff on a jet sweep during practice on Aug. 30. The Raiders return a mix of experience for the fall season.
(Sentinel photo by Alex Cooper) 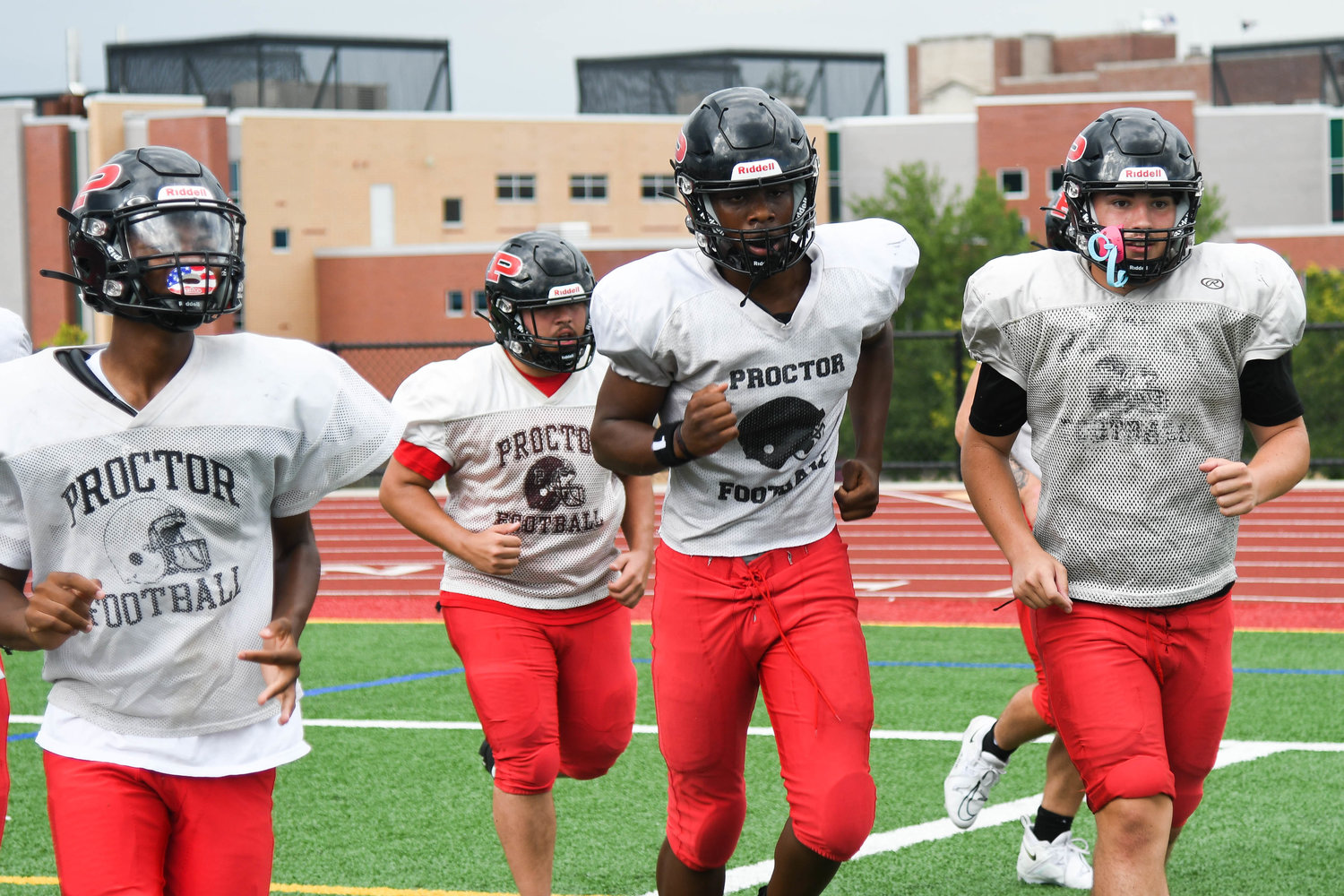 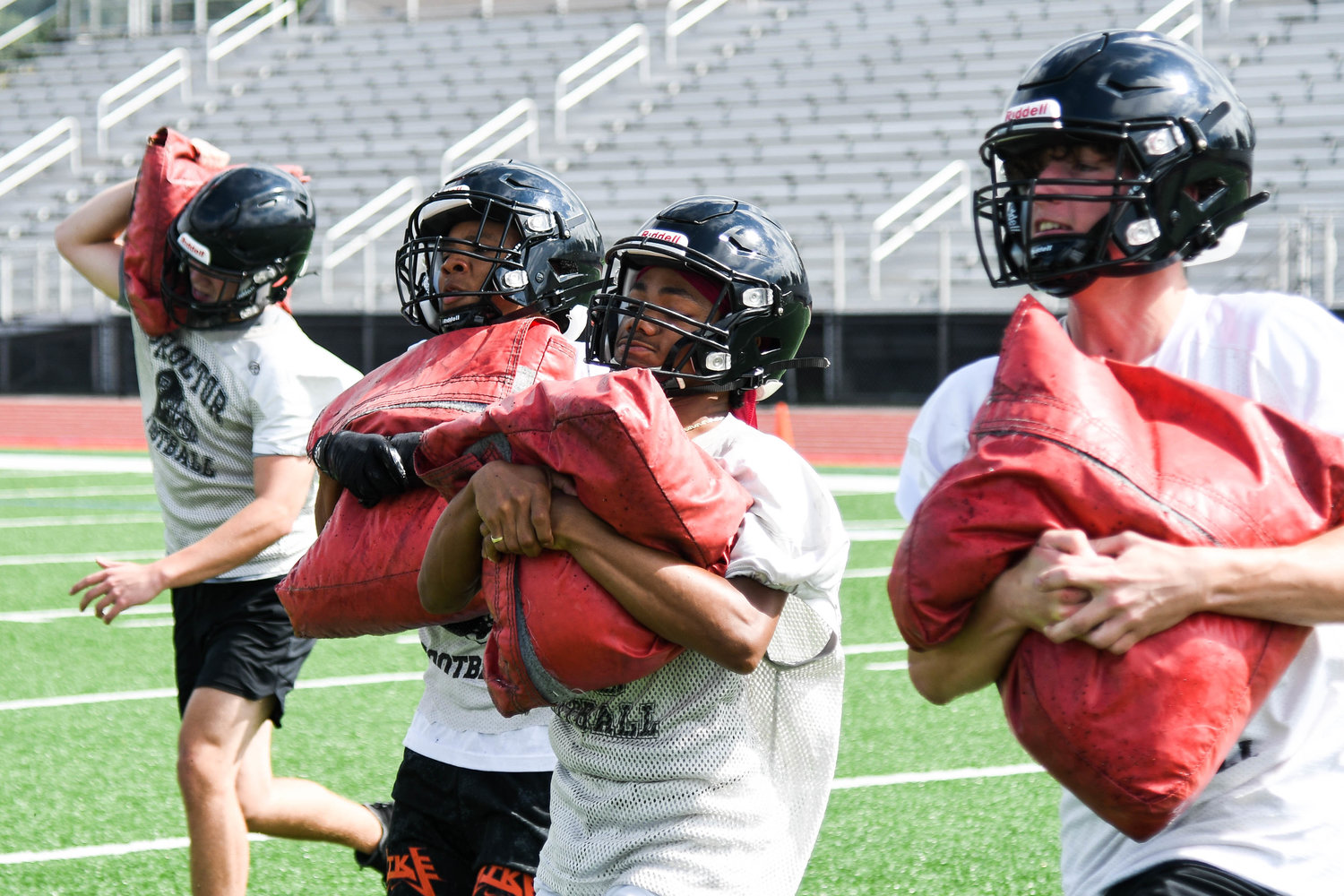 Proctor players run with sandbags across the field during conditioning drills at practice on Aug. 22.
(Sentinel photo by Alex Cooper) 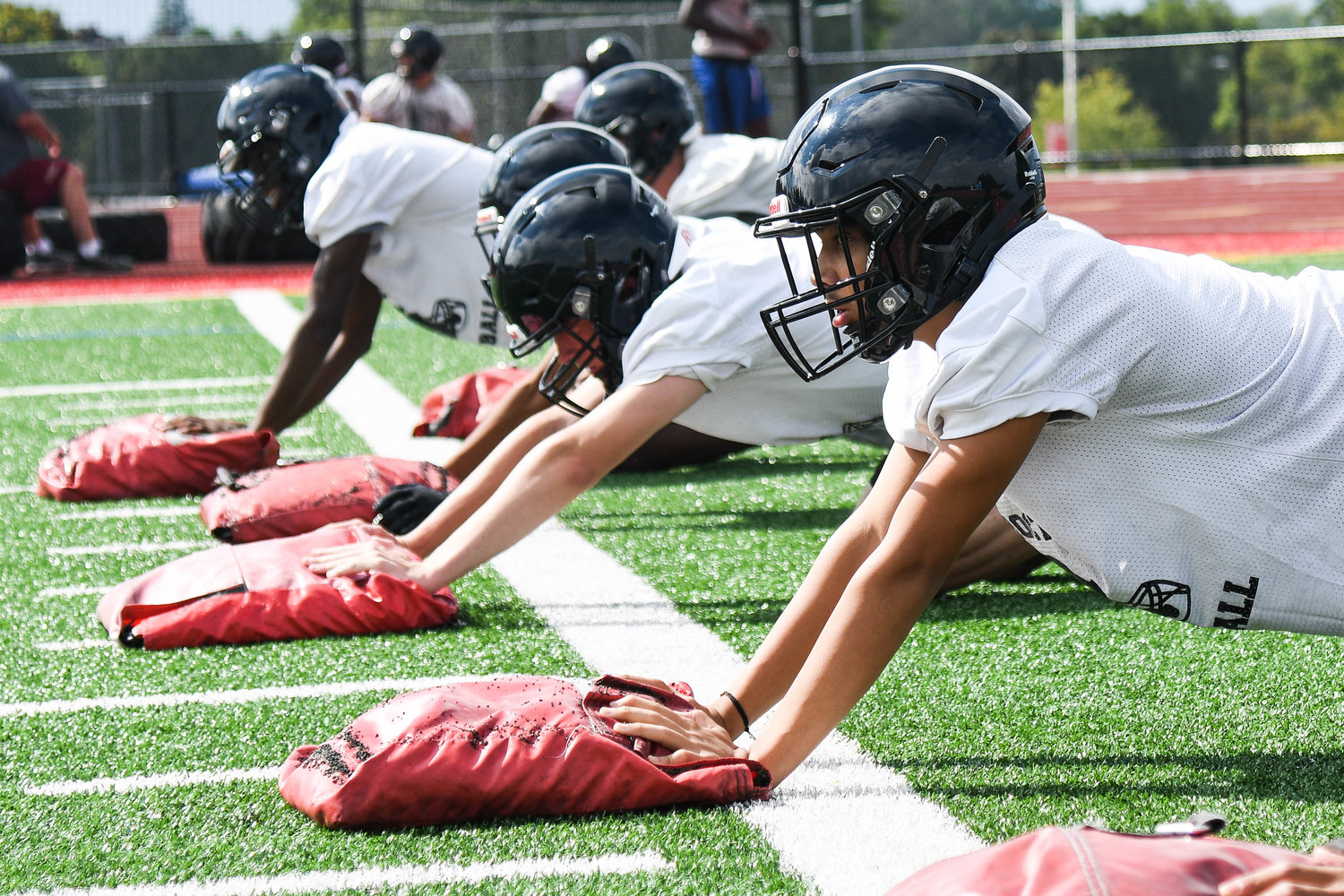 Proctor football players prepare to push sandbags across the turf during conditioning drills at practice on Aug. 22.
(Sentinel photo by Alex Cooper) 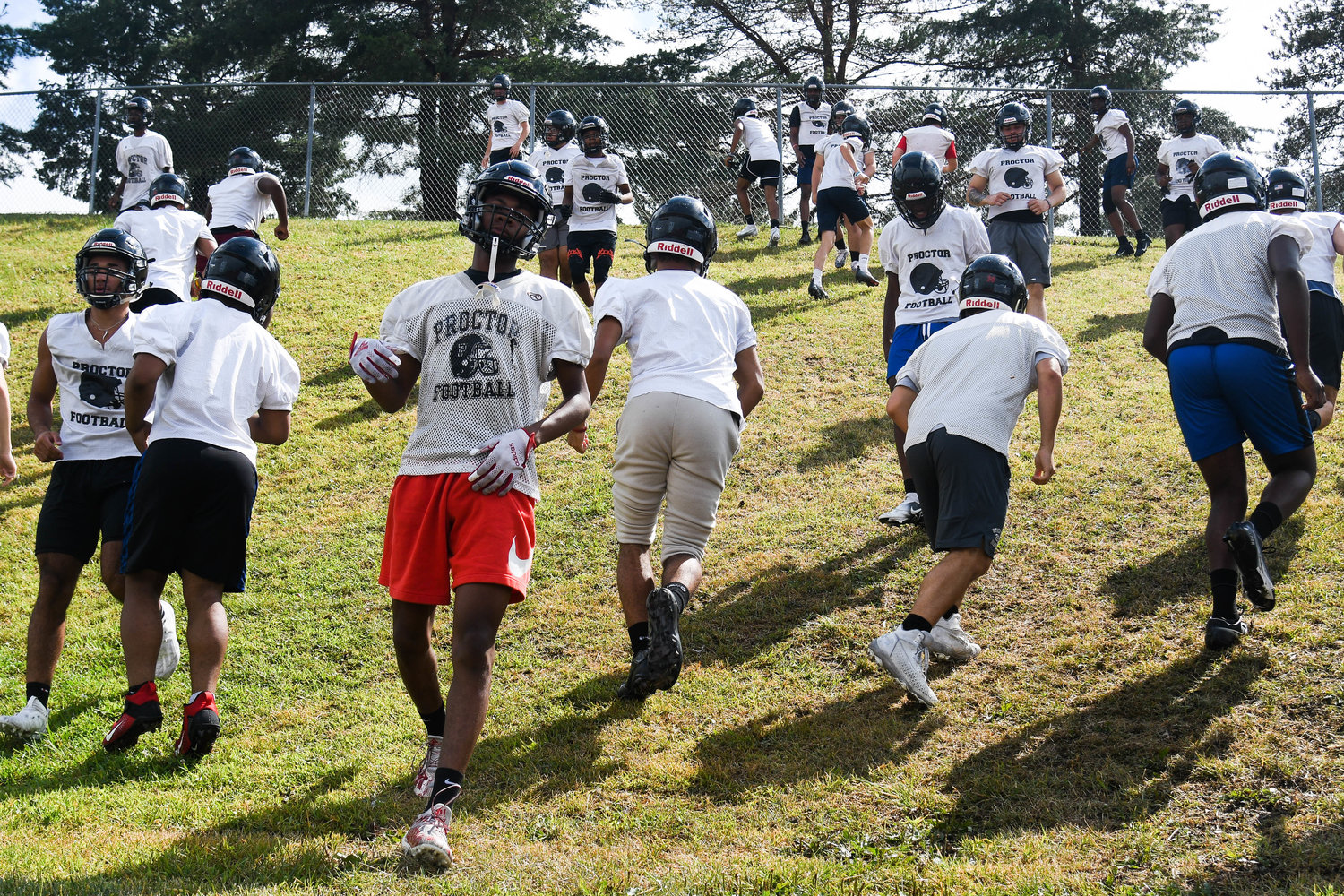 Proctor football players run sprints up and down a hill during practice on Aug. 22.
(Sentinel photo by Alex Cooper) 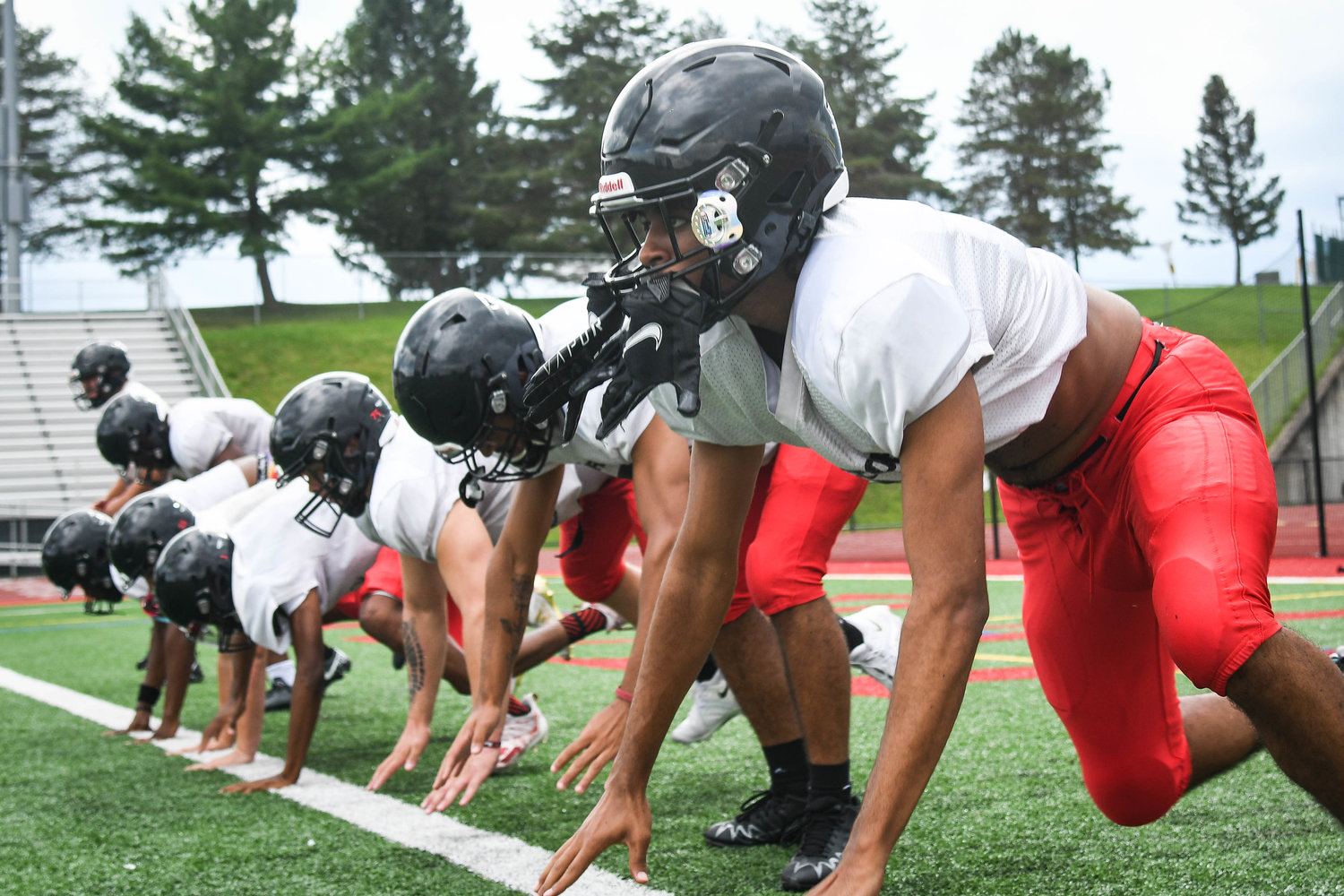 Proctor players grind through up down drills during practice on Tuesday, August 30.
(Sentinel photo by Alex Cooper) 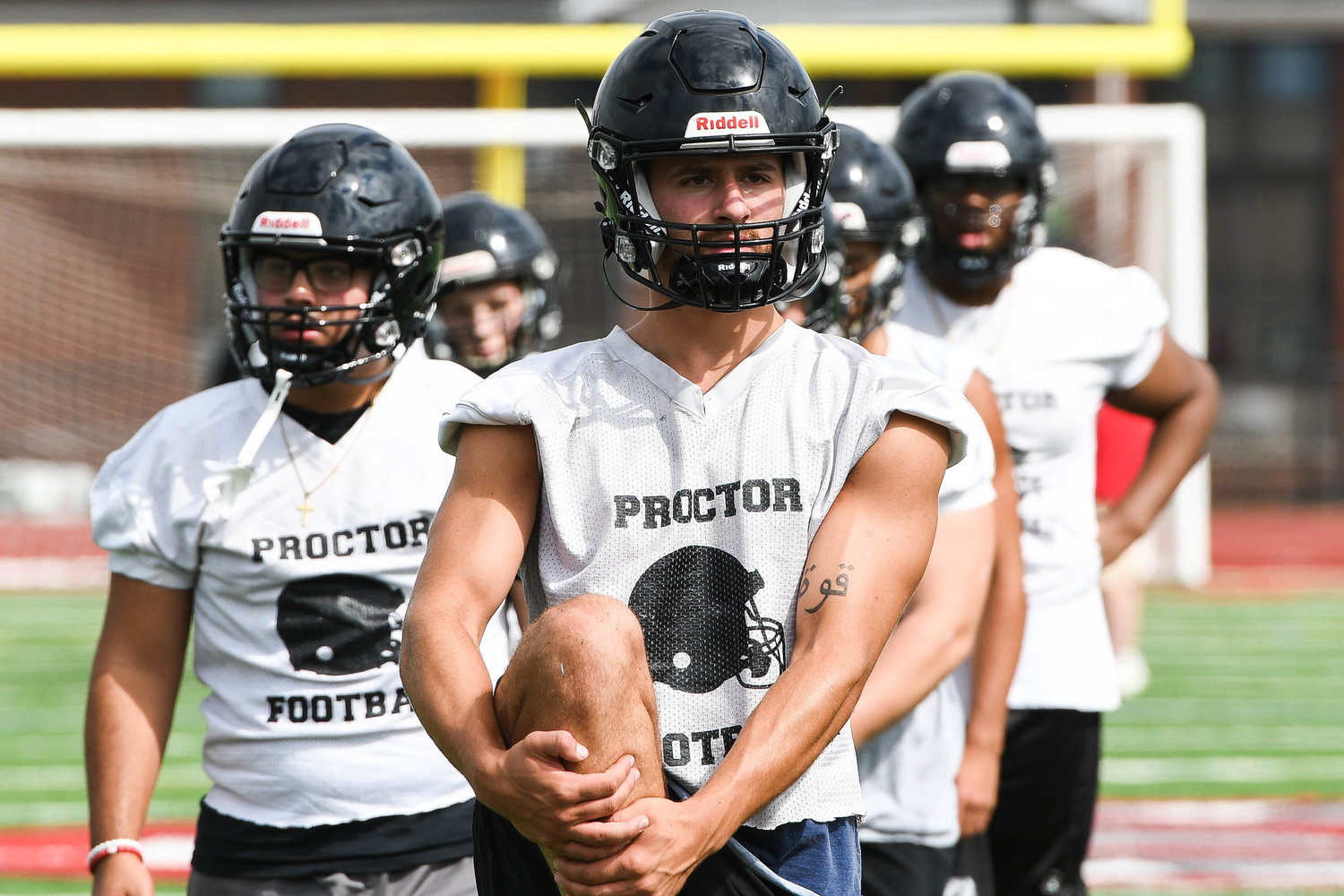 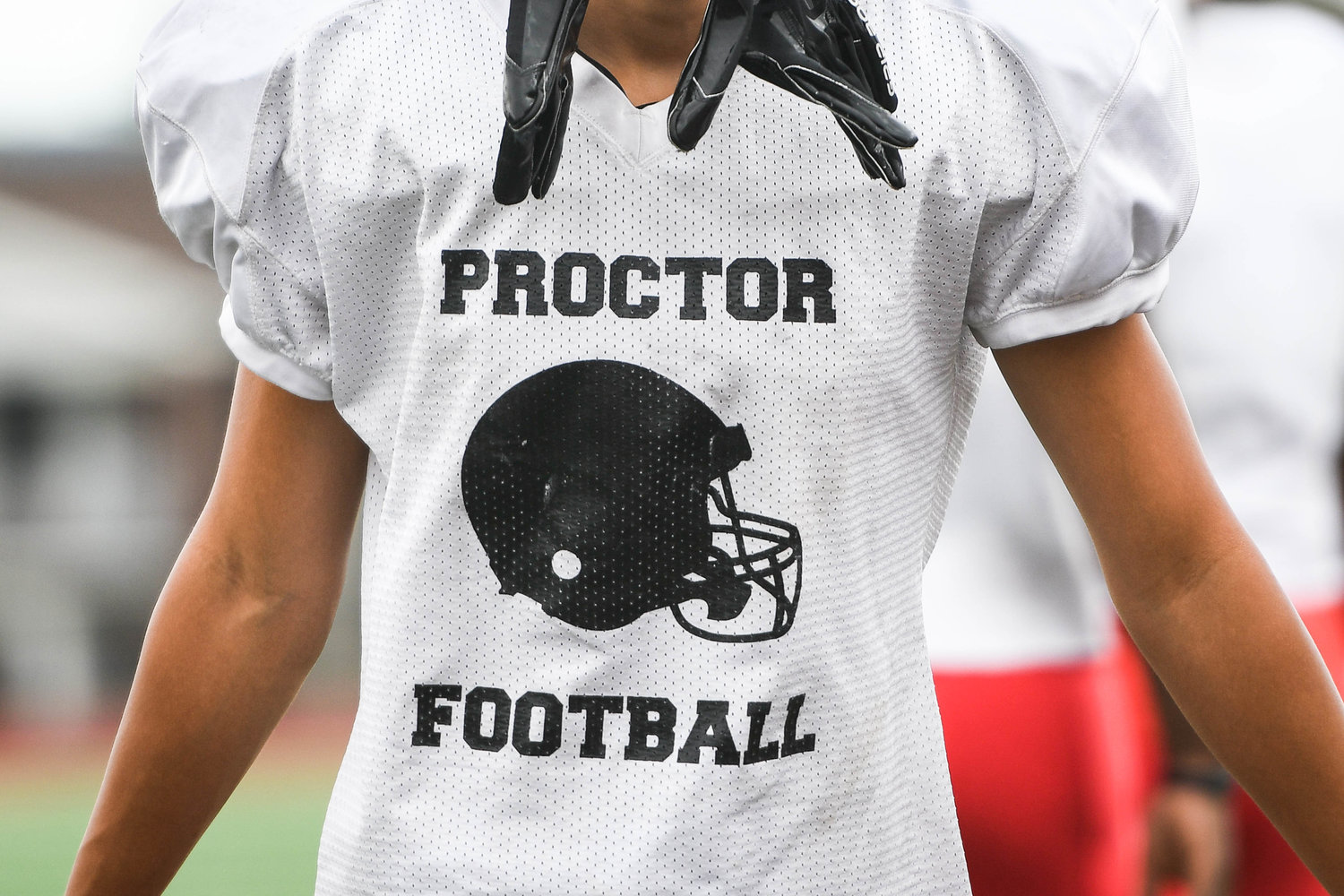 I think we've righted the ship.

UTICA — The Thomas R. Proctor High School football program is pushing to return to the high level the Raiders reached in 2019.

The Raiders navigated a 4-4 season last fall that included some tough injuries. That was Proctor’s first season back since 2019 following a pause because of challenges with the COVID-19 pandemic.

The team reached the Section III Class AA championship for the first time in 2019.

“I think we’ve righted the ship,” said Steve Strife, who has compiled a 35-26 overall record as Proctor’s head coach since 2015.

“We’re getting guys to come out for the team and getting them to come out during the winter (for team activities).”

While the Raiders have lost standouts such as quarterback Brandon Peterson and running back Treshawn Patterson to graduation, there is a mix of returning players that could help in a difficult and demanding Class AA level.

Perhaps the most notable returning standout is senior Todd Abraham – committed to play baseball at NCAA Division I Binghamton – who is expected to be QB1 in the jet sweep/wing-T offense led by coordinator Byron Abraham. Todd Abraham slotted in at running back last fall for the Raiders and has recovered from a broken ankle.

“He can run and throw,” said Strife, noting that Abraham played quarterback at the Pop Warner and JV levels. “He gives us another option.”

“We share the ball. Patterson had a lot of yards, but we had a bunch guys with 400, 500 yards each,” said Strife, noting that Abraham, Cook and Henderson will also see time in the secondary along with standout safety Joe Gentile.

The offense will be helped by the returning right side of junior guard Vito Arcuri and seniors in tackle Fehmi Ahmeti and tight end Joe DePaul. The Raiders will need players to step in on the left side of the line and center, he said.

Defense will be Proctor’s “strong suit,” Strife said. Leonardo Checo and J’Quan Simmons were key as linebackers as juniors and will be looked to along with senior cornerback Zyliek Hammett and senior linemen Oliver Rodgers and Jaylen Adams.

The team has about 35 players who could see time in games, Strife said.

It won’t be easy for Proctor. The schedule includes Whitesboro and rival Rome Free Academy in Weeks 2 and 3 along with Syracuse standouts Liverpool (Sept. 30), Baldwinsville (Oct. 7 ) and Cicero-North Syracuse (regular-season finale, Oct. 22).

“The league we play in is ridiculous. It is just a meat grinder. It is someone better than the week before,” Strife said.