SITE FOR RESTAURANT CONSTRUCTION — A new restaurant and bar planned at the A-OK Campground & Marina near Westernville is to include deck dining on Delta Lake as well as dining in the building. Plans call for removing the buildings at left and at center, with construction of a new restaurant site plus a large covered deck that will extend about 10 feet over the lake depending on water levels. A restaurant opening is being eyed for next May.
(Sentinel photo by John Clifford)

LONGTIME LAKESIDE LOCATION — The A-OK Campground & Marina on Stokes-Westerville Road is on the north side of Delta Lake. Construction of a new restaurant and bar building with a large covered deck at the site is planned.
(Sentinel photo by John Clifford)

A-OK DOCKS — Shown here are some of the Delta Lake dock locations at A-OK Campground & Marina near Westernville. A-OK is planning construction of a new restaurant and bar building with a large covered deck.
(Sentinel photo by John Clifford) 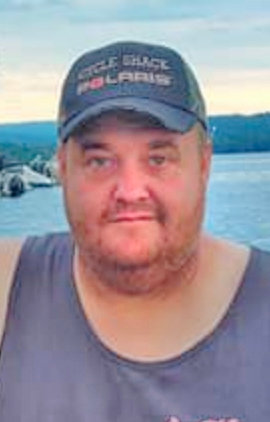 WESTERNVILLE — For the A-OK Campground & Marina at 7106 Stokes-Westernville Road on the north shore of Delta Lake, the business started by his father in 1973 has always “been about family,” says owner Jon Bronson.

A third generation is in line to be recognized in the business through a major new feature at the A-OK location that Bronson believes will help fill a need for lake users and benefit the area overall.

A planned new restaurant and bar to be constructed at the site, totaling about 35 tables overall including a building plus covered deck dining on the lake, will be called AbbyMay’s Lakeside restaurant after Bronson’s twin 9-year-old daughters, Abbygail and Makayla. The construction project is scheduled to begin in September, and Bronson said he hopes to open the restaurant by mid-May next year before Memorial Day if all goes as planned amid the evolving COVID-19 situation.

“I’ve been thinking about it for a long time....Delta Lake needs it,” said Bronson of the proposed restaurant. His A-OK site includes renting out about 50 dock locations and about 50 campsites, plus boat rentals will be phased back in after COVID-19 impacts, and Bronson noted he hears from several people every week asking why something is not there for access to food on the lake.

Bronson, 43, has owned the A-OK business for about five years and said he has been involved with it “mostly my whole life...a lot of history with me here.” He observed it has offered some food in the past including a small dining area, but it “never put anything on the water” and was not of the scope of the upcoming project.

The new restaurant building, on a location where two small current buildings will be torn down, will be about 1,500 square feet with about 10 tables, said Bronson. In addition, an approximately 2,200-square-foot covered deck will have about 25 more tables depending on room for other features such as a band area and a fireplace, he said. It will extend about 10 feet over the lake depending on water levels, he noted.

The menu will include barbecue-style foods plus some basic burger-type selections, added Bronson, who said it will be open for lunch and dinner plus he may look to serve breakfast items for the “fishing traffic in the morning” on the lake. He has “a couple of cooks lined up “ to work and hopes to hire at least six employees for it overall.

The idea is for people to be able to “pull up and park” their boat by the restaurant and then use it, Bronson commented. A fueling station for boats will be updated in conjunction with the project.

But beyond the boating season, “the restaurant will be open year-round,” said Bronson. He observed “a lot park here for ice fishing,” and he also is looking forward to working with local snowmobile clubs regarding trails.

“I want to make this a destination,” Bronson commented, including having good food as an important part of that.

Delta Lake overall is “a really good destination spot....lucky to have it in the area,” said Bronson, who is “really a hometown person...born and raised” in the Rome/Westernville area.

“I’m looking forward to growing the area,” Bronson said of his planned restaurant, which he envisions as a “good opportunity for everybody in the area.”