Residents in the city of Plattsburgh are continuing to deal with water issues cropping up in different parts of the city since complaints about discolored water. 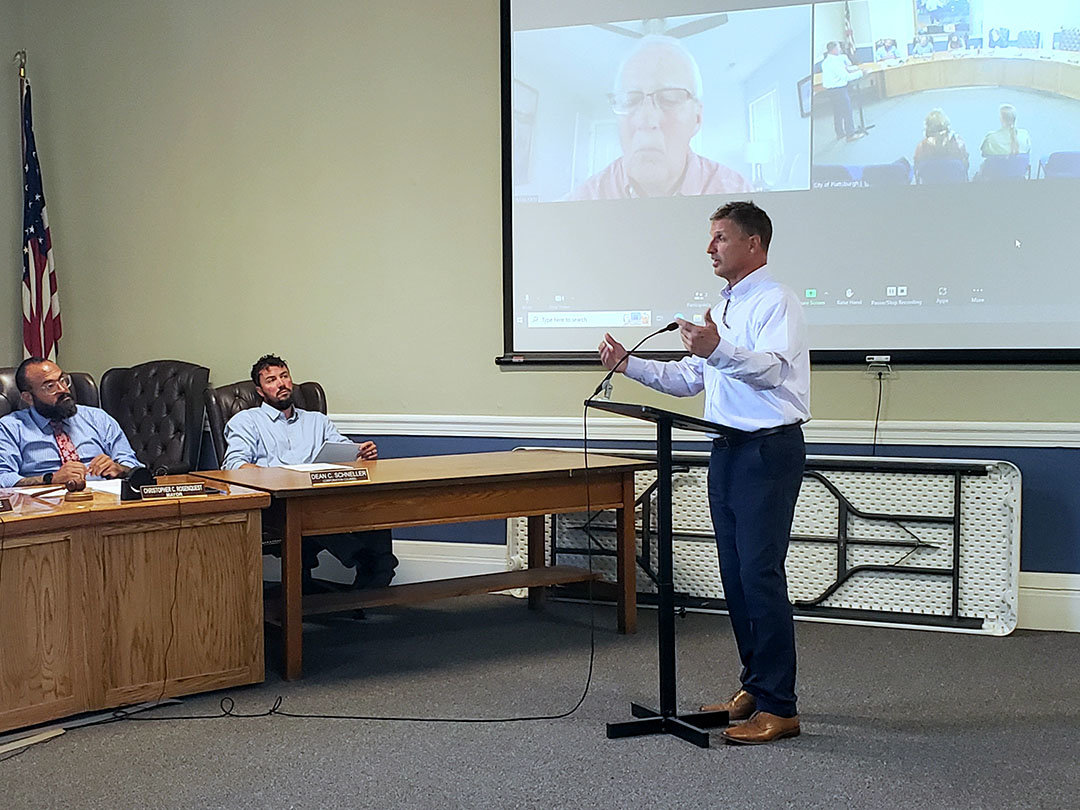 PLATTSBURGH — Residents in the city of Plattsburgh are continuing to deal with water issues cropping up in different parts of the city since complaints about discolored water began surfacing last month.

City officials stepped up testing, which showed the water remained generally safe to drink. They also brought in scuba divers, who found a slight buildup of silt in the water tanks. At that point, they drained, cleaned and refilled the tanks, then began a full flush of the distribution system.

But shortly after, the city had to take a step back. Discoloration in places that had already been flushed re-emerged, and the city’s tanks started having issues again. The city’s not sure why, and is still awaiting test results to identify what exactly is in the sediment changing the color of the water.

During last week’s council meeting, City Environmental Services Manager Jon Ruff acknowledged that both the public and his staff are frustrated with the ongoing water issues.

“We all feel absolutely terrible that we can’t say, ‘This is exactly what’s going on,’” he said. “But we can say the water’s disinfected and it’s fit for consumption. However, we’ve got to couch that with, if your water is clearly dirty, use some common sense and wait for it to clear up before you drink it or cook with it or do some laundry. That’s the best we can do right now as we’re trying to fix this problem.”

Ruff noted that tests for bacteria and chlorine disinfectant have returned normal results. He said his department will share the data from the sediment samples when it comes in.

Not a quick fix

“All of the testing, all the communications, all of the work that we’ve been doing has been done in partnership ... with New York State Department of Health as well as Clinton County Health Department. So when we say, ‘Hey this water is safe to drink,’ it’s because we’ve done the testing and the testing has been reviewed not only by us but by these other state and county agencies as well.”

The plan is to drain and clean the tanks again and resume system-wide flushing next week. The city says the flushing itself can also churn things up, causing murky or discolored water.

Rosenquest said it’s not a quick issue to fix.

“We’re talking about changing millions of gallons of water. So it takes time for that to flow through our system and to see the result of that change down the line.”

Ruff said the city will put out a formal schedule of where flushing will occur in the coming weeks. In the meantime, Rosenquest said it’s important for residents to report if they are having issues so officials know where the problem is.