YMCA of the Greater Tri-Valley announced it has selected a developer for the future Rome YMCA — a 42,000-square-foot center. 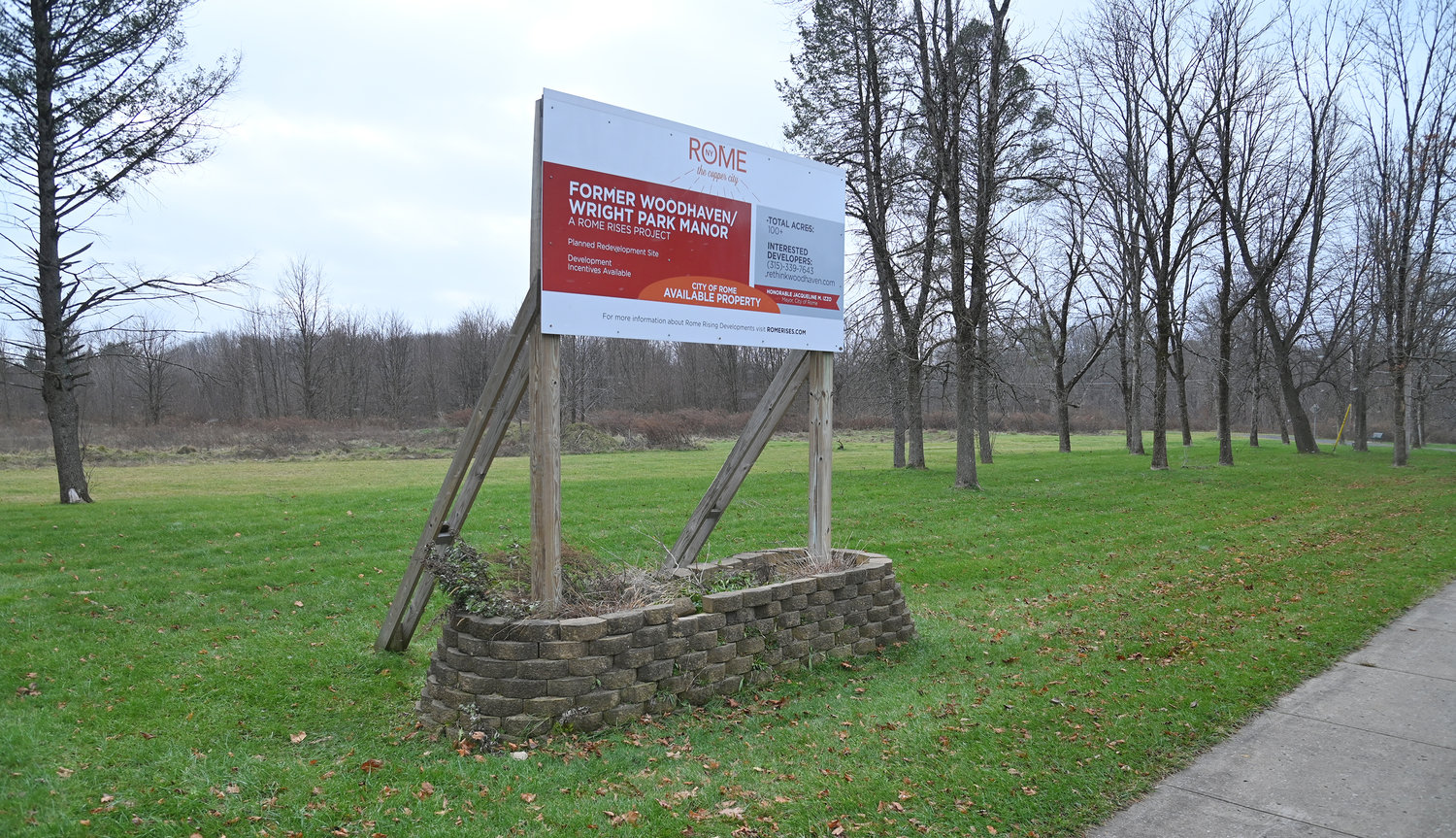 The former Wright Park Manor site on Upper Floyd Avenue, adjacent to the Woodhaven area, is shown on Thursday, Dec. 1. The area’s redevelopment plan includes being the future site of the YMCA of the Greater Tri-Valley’s Rome Family Y facility.
(Sentinel photo by John Clifford) 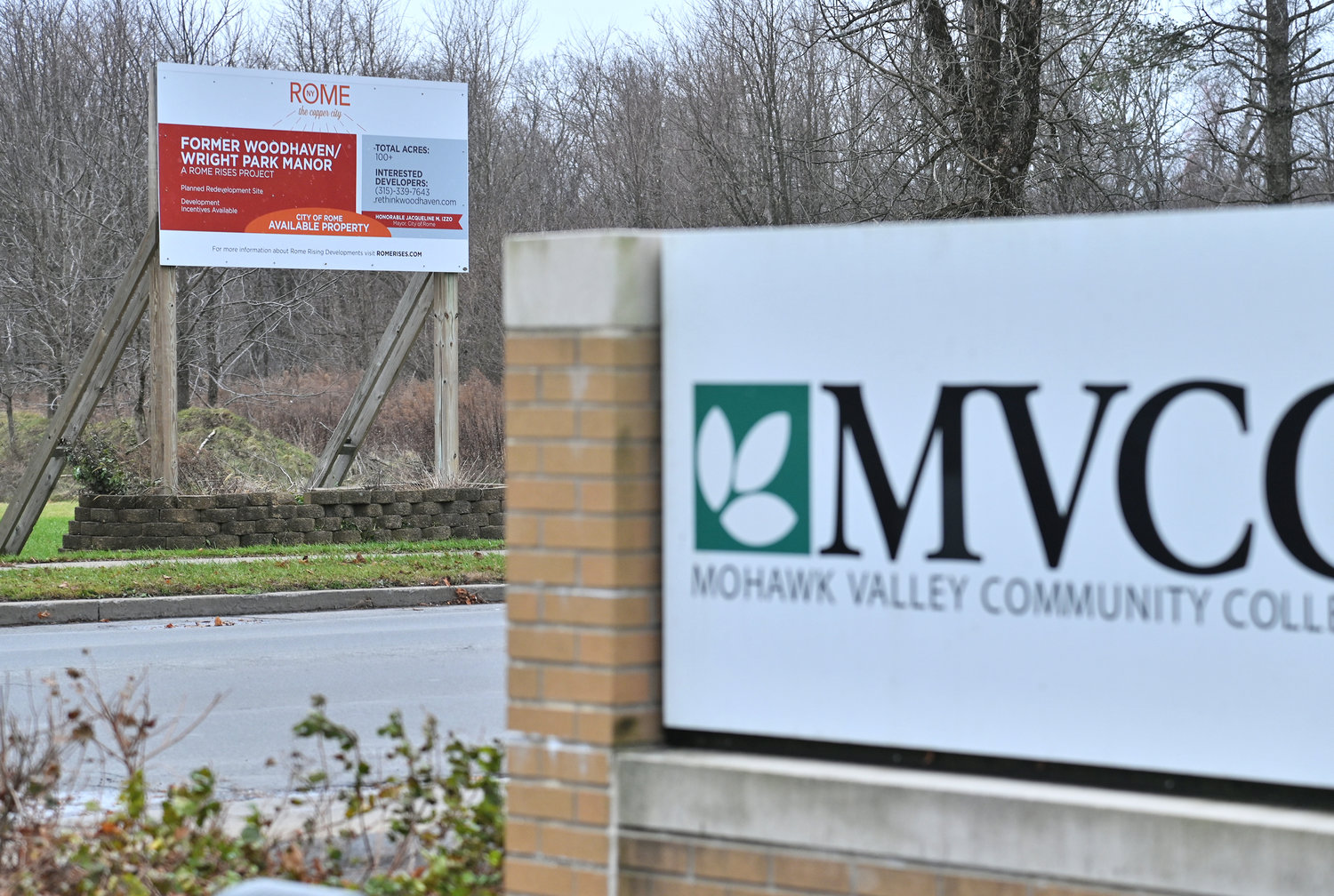 ROME — YMCA of the Greater Tri-Valley recently announced it has selected SpringCity Development Group, a subsidiary of Bonacio Construction Inc., of Saratoga Springs, as the developer for the future Rome YMCA — a 42,000-square-foot center.

The facility will be built on the former Woodhaven site on Floyd Avenue at the cross section between Griffiss Business and Technology Park, Mohawk Valley Community College and Rome Free Academy campus.

Plans for opening a new YMCA branch in Rome to replace the aging facility on West Bloomfield Street have been in the works since 2018.

“We are very excited to pursue this opportunity,” said Tri-Valley YMCA CEO Hank Leo. “The space is large enough for a full facility and outdoor space for programming, especially for kids. It is complementing the city’s economic development plan, as well as Oneida County’s.”

He said, “It is close to Griffiss Business Park, within walking distance of Rome Free Academy and is adjacent to the Bonacio Construction housing project, which is providing a boost to the community.”

Leo said the current building at 301 W. Bloomfield St. is 52-years-old and sits on two acres of land. The building also is landlocked and cannot be developed. The three-story YMCA building also is in need of substantial repair, something that is not possible, he added.

“A number of past capital campaigns have addressed facility needs, but at 52-years-old, many of the repairs and upgrades are simply not feasible,” Leo said. “There is also space for only 100 parking spaces and no outdoor play space for children. And over the years, it’s just not been an energy-efficient building — it makes more sense to invest more resources into a new, contemporary facility where we have the ability to grow, expand and serve kids outdoors.”

In total, the new Y project will cost about $20 million, and Leo said there are efforts underway for federal and state grants/funding to pay for a significant portion of the project. The YMCA hired independent, third-party development consultant, The George Philanthropy Group, to help raise needed funding.

The Y also announced earlier this year that it was the recipient of a $2 million state CFA (Consolidated Funding Application) grant, and Oneida County has committed to $2 million toward the project as well.

“We’re still in the exploration phase of the campaign and identifying grant sources,” Leo said. “Our campaign is going to start in January and go for 6-7 months, and then hopefully we’ll have the money raised by then. But everything is positive and looking good.”

Originally, there were plans to start construction of the new Y in 2021, with building occupancy in 2022. However, with the impact of the COVID-19 pandemic, which especially impacted businesses like gyms, workout facilities, restaurants and movie theaters, plans were delayed.

“Then once we re-opened, we still had strict limitations like capacity, distancing and masking,” with many people not wanting to come run on the treadmill or play basketball while wearing a mask, Leo pointed out. “We were also short on staffing, so it took a while to recover.”

The Y CEO said current plans are for shovels to be in the ground for the new building in fall 2023, with a 12-15 month construction schedule, “But these are the goals.”

What will happen with the old building?

Leo said the Y is exploring options so 301 W. Bloomfield St. doesn’t remain empty once the new building is up and running.

What will the new Y mean for the neighborhood?

Leo said the new Y building will help serve as a hub for the community comprised of the Woodhaven Reconstruction Project.

Earlier this year, the Common Council approved investing about $4 million in ARPA funds for infrastructure work at the 100-acre residential development bordered by Floyd Avenue and Park Drive. The first phase of construction, which was to be complete by the end of the year, includes 37 single-family homes. The council also voted to transfer more than $343,000 to a capital account to be used toward the design of new water infrastructure at Woodhaven that would “loop” water back to existing infrastructure on Floyd Avenue.

“The Y being a hub of that project, people will have a place to go, and our goal is to serve all ages as Rome attracts more residents, new residents and families,” said Leo. “If a Y is there, it comes with all kinds of different programs and services, not just health and fitness. We also want to be a strong partner with MVCC just across the street, businesses at Griffiss Park, and offer child care and after-school programming. There will be a myriad of activities that all families can enjoy.”

First Ward Councilor John M. Sparace said the council had a work-session some months ago, when officials from the Y came and explained their intentions. The new state-of-the-art facility could pique the interest of perspective home owners from the new Woodhaven parcels, he said.

“I am hoping that MVCC and the management from the Y would work out a partnership to also utilize the new facility being built,” said Sparace.

As for utilizing American Rescue Plan Act funding received by the city toward the project, “At this point in time, I do not think ARPA money will be incorporated into the (new Y) project. We will have to wait and see as time moves forward.”

While Sparace agreed that the new Y would be great for the Woodhaven neighborhood, he said it would be an “enormous asset” for the entire community.

“I feel that with some focus on expanding and revitalizing the Floyd Avenue area in and around the Y, we could attractive different business along the way, and even attract people from the Tech Park to use the Y,” the councilor said.

This year, the Rome Family Y celebrated its 150th anniversary in the community.