A plan for Comfort House, Inc., owner of Abraham House, 417 N. Washington St., to construct a parking lot and landscaped area between the lot and property line to eventually include a memorial … 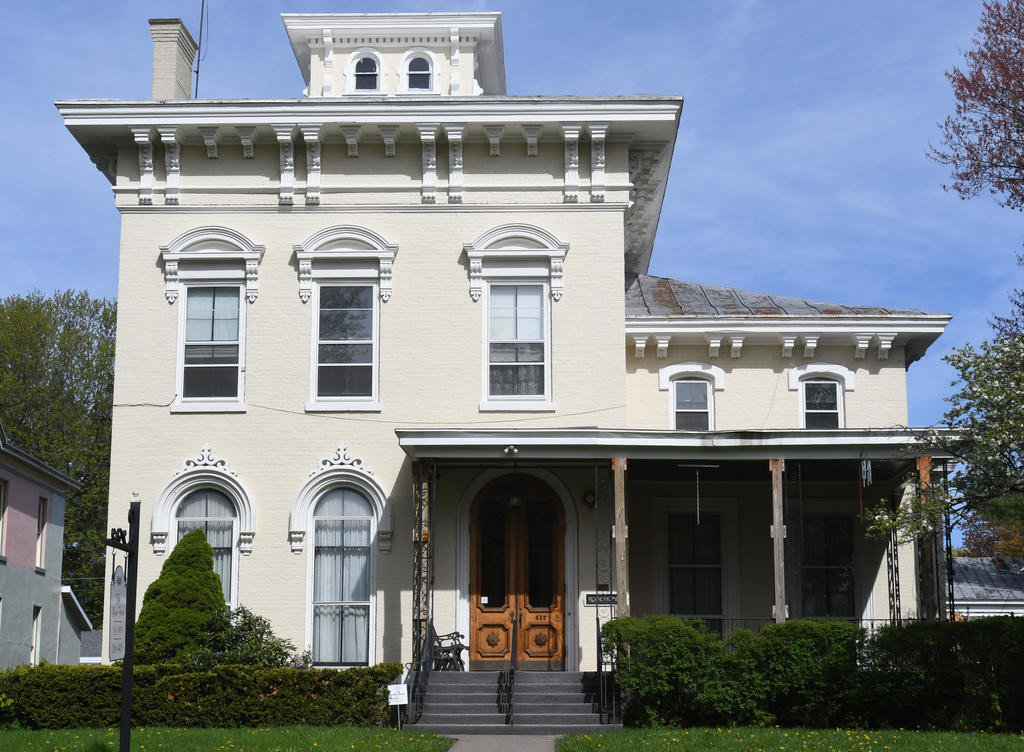 Members of the city’s Planning Board has approved a plan for the Abraham House, a facility to help care for those with terminal illnesses, at 417 N. Washington St. The project will allow the facility to construct a new parking lot and landscaping.
(Sentinel file photo by John Clifford)
Posted Thursday, July 14, 2022 10:20 am
Nicole A. Hawley
Staff writer
email / twitter

ROME — A plan for Comfort House, Inc., owner of Abraham House, 417 N. Washington St., to construct a parking lot and landscaped area between the lot and property line to eventually include a memorial wall, was approved by the city Planning Board during its regular monthly meeting held Tuesday in Common Council Chambers of City Hall.

Last week, the city Zoning Board of Appeals unanimously approved Comfort House’s request for use and area variances for the project. Comfort House representatives said the parking lot was needed to help eliminate the presence of vehicles on the street, especially during the winter months.

Since Abraham House opened in September 2019, the home has served almost 350 guests and families in that time. Representatives said the parking lot would give guests, their families and employees a place to park. The proposed location for the parking lot would include proper spacing for snow removal and the lot itself would include handicap parking.

As for the memorial wall, bricks with names engraved on them would face both the parking lot and North Washington Street sides of the property. Construction will begin depending on when contracting services are available, and some trees will be removed this year, representatives said.

A motion to recommend granting the Historic District project approval, as planned, was unanimously approved by the board.

• A request by Greg and Kimberly Kimmel for an Historic District opinion for their proposed project to replace an exterior porch on their historic property at 1001 N. George St., was unanimously approved.

Kimberly Kimmel explained that the porch on the North George Street side of the property is in complete disrepair and that she and her husband had been trying to replace the porch for the last two years, but contractors have refused the work because the property lies within the city’s Historic District. The couple bought the home about six years ago, and it is believed the original structure was built around the turn of the 20th century, Kimmel added. It is the first major exterior renovation the Kimmels had sought approval for from the city on the property.

Kimmel said the new porch would still remain in the original footprint of the structure and that the work is necessary because its foundation is sinking, and the roof and railings are rotted.

• A request for an Historic District opinion by Enzo and April Cacciatori for a project at 316 N. Washington St., was tabled because the petitioners were not present.

• A negative declaration on the Site Environmental Quality Review and preliminary plat review for a two-lot minor subdivision at 6327 Lamphear Road was unanimously approved.

Owner Pat Busyczak requested the subdivision on the vacant lot to eventually construct a home.

• A negative declaration on the SEQR and preliminary plat review were unanimously approved for a two-lot minor subdivision at 1794 Black River Blvd., proposed by New Plan East, LLC., of Dewitt, Onondaga County. The subdivision was necessary for a 1.27-acre outparcel to be sold to the existing tenant, Applebee’s restaurant. With approval, Applebee’s would be considered a separate tax parcel moving forward, representatives said, which shared property with the Market 32, formerly Price Chopper, grocery store.