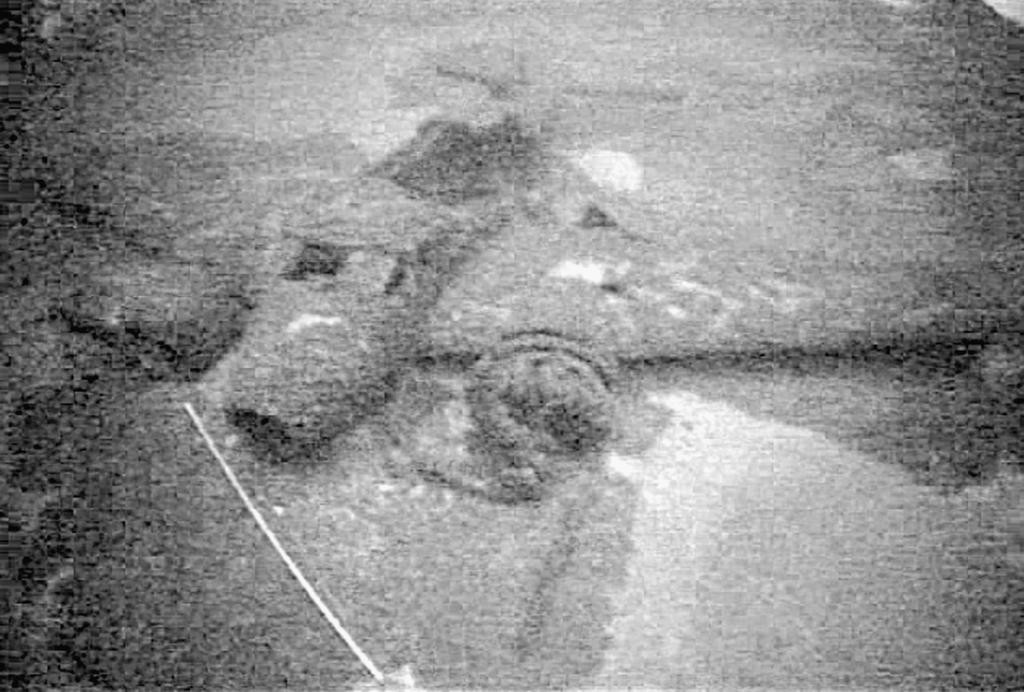 UNDERWATER VIEW — An Air Force C-45 plane rests on the bottom of Lake Ontario. It was discovered 62 years after it plunged into the lake while on a flight to Griffiss Air Force Base. The aircraft was found by shipwreck explorers Jim Kennard, Roger Pawlowski and Roland Stevens. 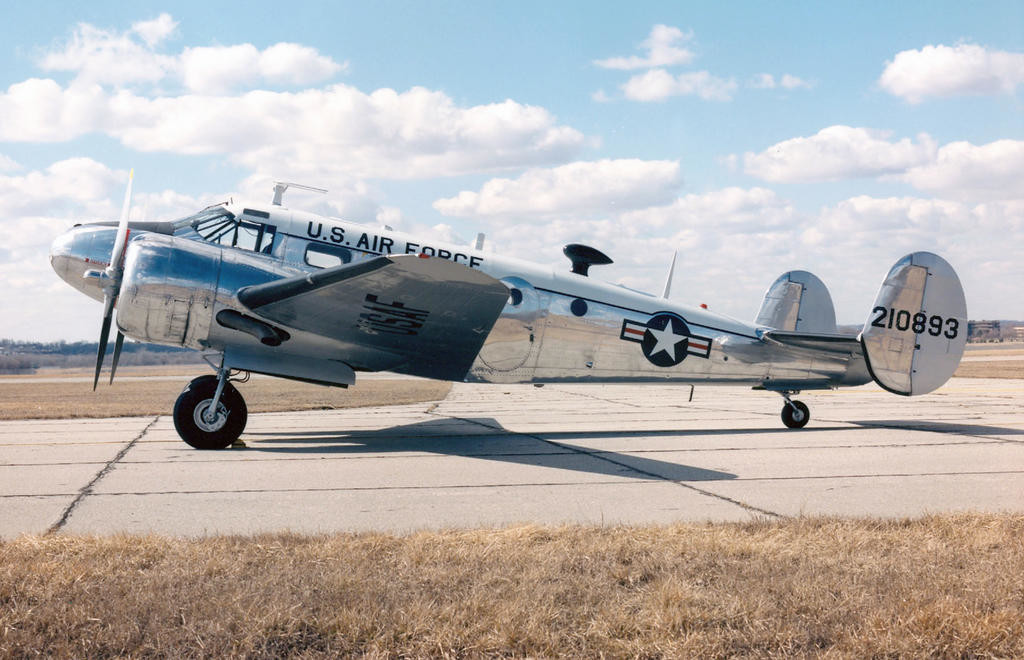 LIGHT DUTY — A Beech C-45H Expeditor is shown at the National Museum of the United States Air Force. The twin-engine C-45 The C-45 was used primarily as a light passenger transport, but could be configured to carry light cargo loads.
Previous Next
Posted Tuesday, July 8, 2014 4:10 pm

Underwater explorers say they’ve found the remnants of an Air Force plane that crashed into the eastern end of Lake Ontario more than 61 years ago while flying to Griffiss Air Force Base.

The twin-engine C-45 flew pilotless for about 65 miles after its three-member crew and two civilian passengers bailed out when one of the engines failed during a nighttime flight over Central New York in 1952. The aircraft cruised on automatic pilot for more than an hour before it crashed into the lake off Oswego, where it sat undetected for nearly 62 years.

The C-45 was on a routine flight on Sept. 11, 1952, from Bedford, Mass., to Griffiss when it crashed. The 34-foot-long airplane is still mostly intact in deep water several miles northwest of Oswego, according to sonar images.

Here’s their account of what led up to the plunge into the lake:

The left engine began failing about 40 miles southeast of Utica.  The aircraft started to lose altitude about eight miles from Rome. Believing the plane would crash after one engine was disabled, the pilot, Lt. Col. Charles A. Callahan, ordered his crew and passengers to parachute. Jumping at an altitude of 2,500 feet, the three Air Force officers and two civilians landed safely.

Prior to leaving the plane Callahan set the automatic pilot on a heading he believed would take it clear of any inhabited area. The aircraft, which had been headed toward the earth, was now lighter by nearly 1,000 pounds and gained altitude. The increased height changed the course of the C-45 to a northwest heading for the next hour and 10 minutes until its fuel ran out.  At 11 p.m. the aircraft was reported flying very low over Oswego.

The owner and an employee of Rudy’s Refreshment Stand, west of town, saw a plane circling out over the lake just before it plunged into the water. They both reported that “a powerful light, like that of a searchlight, appeared for several seconds after the crash.”

The search for the missing plane began immediately by three Coast Guard cutters. In addition, C-45 trainers, C-47 transports, and B-25 bombers combed the crash area for two days. When there was no wreckage to be found the search was called off.

“​Very fortunate” the plane didn’t come down in Oswego, said Kennard in a telephone conversation this morning.

Kennard has been searching for shipwrecks in lakes for more than 40 years. This is the third plane he’s found.

“We knew the plane was in this area,” he said, adding its location was “much farther out in the lake than what was originally reported by witnesses.”

Kennard said the Oswego end of Lake Ontario is known to be the watery home to ships and aircraft. He and his fellow shipwreck explorers have been focusing on this section of the lake for the last three years.

​“I’m a diver,” explained Kennard about what got him interested in looking for shipwrecks starting in 1970. “I thought it would be neat to find something nobody had been on before.”

In 1983 he discovered a unique horse-powered ferryboat in Lake Champlain. National Geographic featured the ferryboat in its October 1989 issue. In  2008 Kennard and Dan Scoville discovered the 233-year old British warship HMS Ontario on the bottom of Lake Ontario. Kennard said it is the oldest shipwreck ever found in the Great Lakes,

For fellow shipwreck explorer Pawlowski, the latest find was a special one. As a young boy, age 9, his first ride was in a B-18 aircraft, the commercial version of the C-45. Additionally, he’s a  retired Air Force Reserve pilot.

The C-45 was mostly used by the Air Force for administrative duties and light transport .