Pitches bounce in from across globe in ‘new battleground of physics’

Eighteen teams from around the world qualified for research funding awards for their potentially game-changing quantum research and innovations, as part of a virtual “Million Dollar International …

Pitches bounce in from across globe in ‘new battleground of physics’ 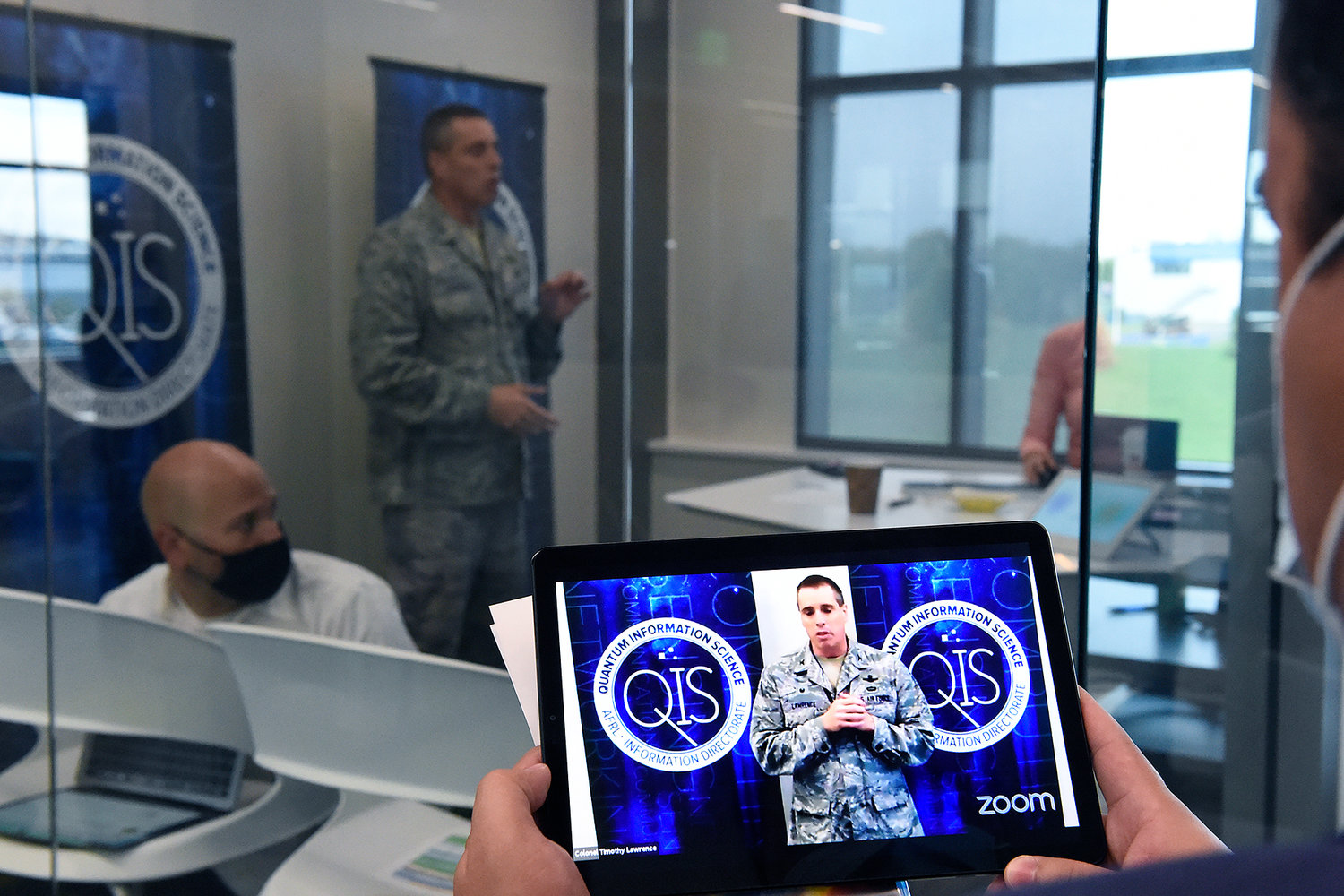 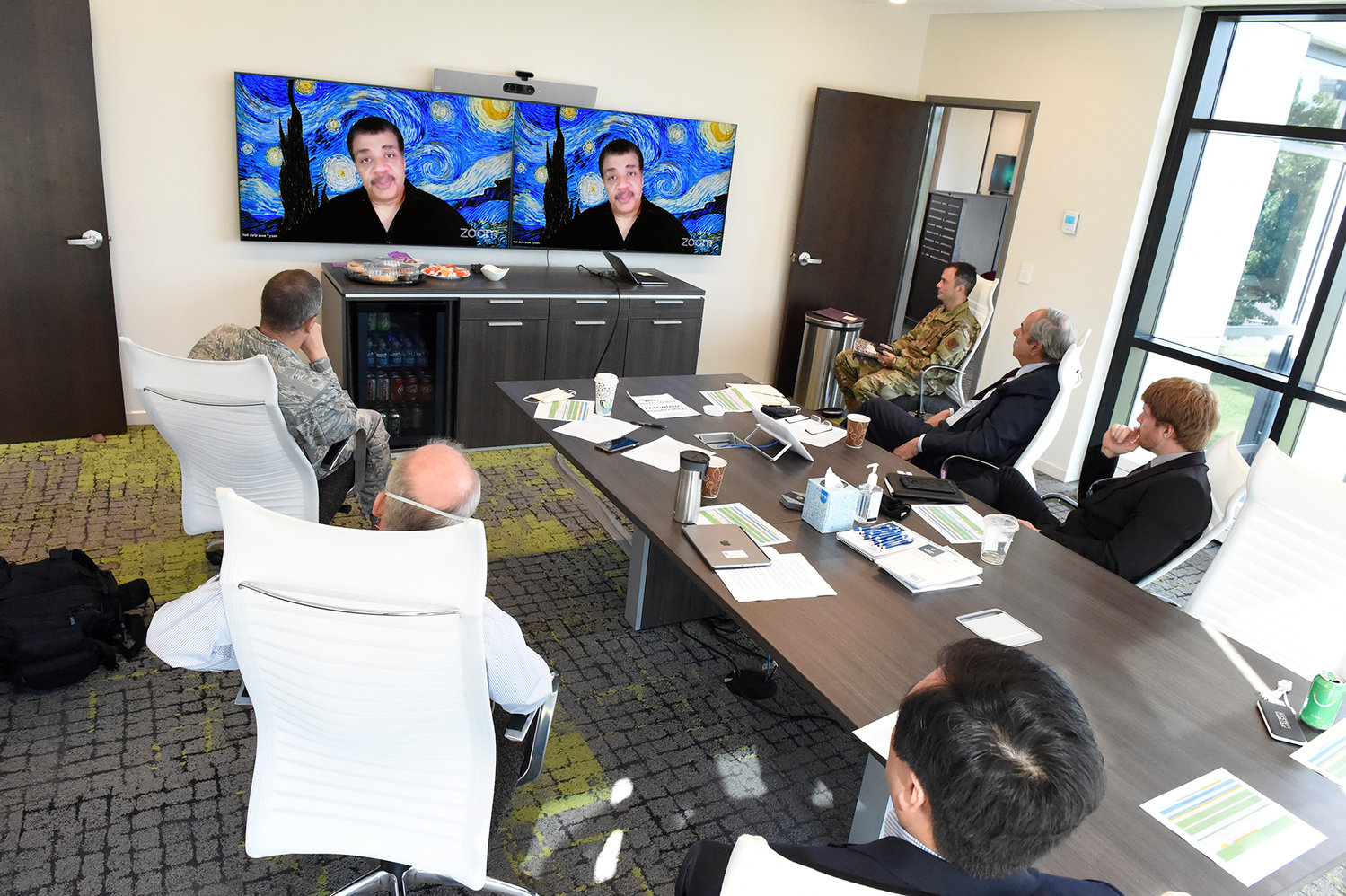 VIRTUAL VIEWING — During a virtual “Million Dollar International Quantum U Tech Accelerator” event held this week, viewers watch one of the keynote speakers, astrophysicist Dr. Neil deGrasse Tyson. They were gathered at NYSTEC, one of several partners in the Innovare Advancement Center that has opened at Griffiss park.
(Photo courtesy of Air Force Research Laboratory)
Previous Next
Posted Saturday, September 5, 2020 4:00 pm

Eighteen teams from around the world qualified for research funding awards for their potentially game-changing quantum research and innovations, as part of a virtual “Million Dollar International Quantum U Tech Accelerator” that concluded Thursday.

Over 1,000 researchers, members of industry, higher education leaders, and members of the public from worldwide virtually attended the three-day event centered around a $1 million quantum-focused “pitch” competition for university researchers.

Results were announced by Innovare Advancement Center, a new open innovation campus at Griffiss park for which the Quantum U Tech Accelerator program was its kickoff event. Innovare involves a partnership between the Air Force Research Laboratory (AFRL) Information Directorate, also known as Rome Lab; the state; Oneida County; City of Rome; the Griffiss Institute; NYSTEC; and SUNY.

Among those qualifying for awards involving a portion of the more than $1 million in basic research funding from the AFRL, the Air Force Office of Scientific Research (AFOSR) and the Office of Naval Research (ONR):

They were among 36 teams who pitched their concepts to a panel of judges, including ideas ranging from quantum sensors for GPS-denied navigation and a chip-scale integrated quantum platform, to ion traps and innovative lasers.

Rome Lab “welcomes you to the Innovare community, our launch pad for creative collisions among the international research community,” said Col. Lawrence during the opening ceremony. “The Air Force Research Laboratory launched the ‘1 Million Dollar International Quantum U Tech Accelerator’ in partnership with the...(AFOSR and ONR) because we are focused, and we are motivated, and we know you are too, to accelerate the achievement of quantum breakthroughs that can elevate our game – in the air, on the land, at sea, in space and cyber space.”

Roper said to the audience “if you are a researcher, thank you for being here....I hope that you bring in that next spooky effect, that will eventually, hopefully, become commonplace for us, like the laser is today.” He added “for the students that are here, we really welcome you. We are excited about your interest in science....”

Roper further said “we would like, at this event, which we will continue each year, to bring a new quantum phenomenon into the military. I don’t care what it is. We just want to start making this new battleground of physics, something that is as commonplace as the airplane or satellite is today.”

Pringle in her remarks said “with the opening of the Innovare Advancement Center, we’re bringing together government, industry and academia, and it’s a great place for researchers from all around the world to come together and continue this important work.”

Quantum technology is considered an emerging field of physics and engineering, which relies on principles of quantum physics.