The pirates are invading Sylvan Beach today, and it’s a welcome sight for all looking for a fun weekend. 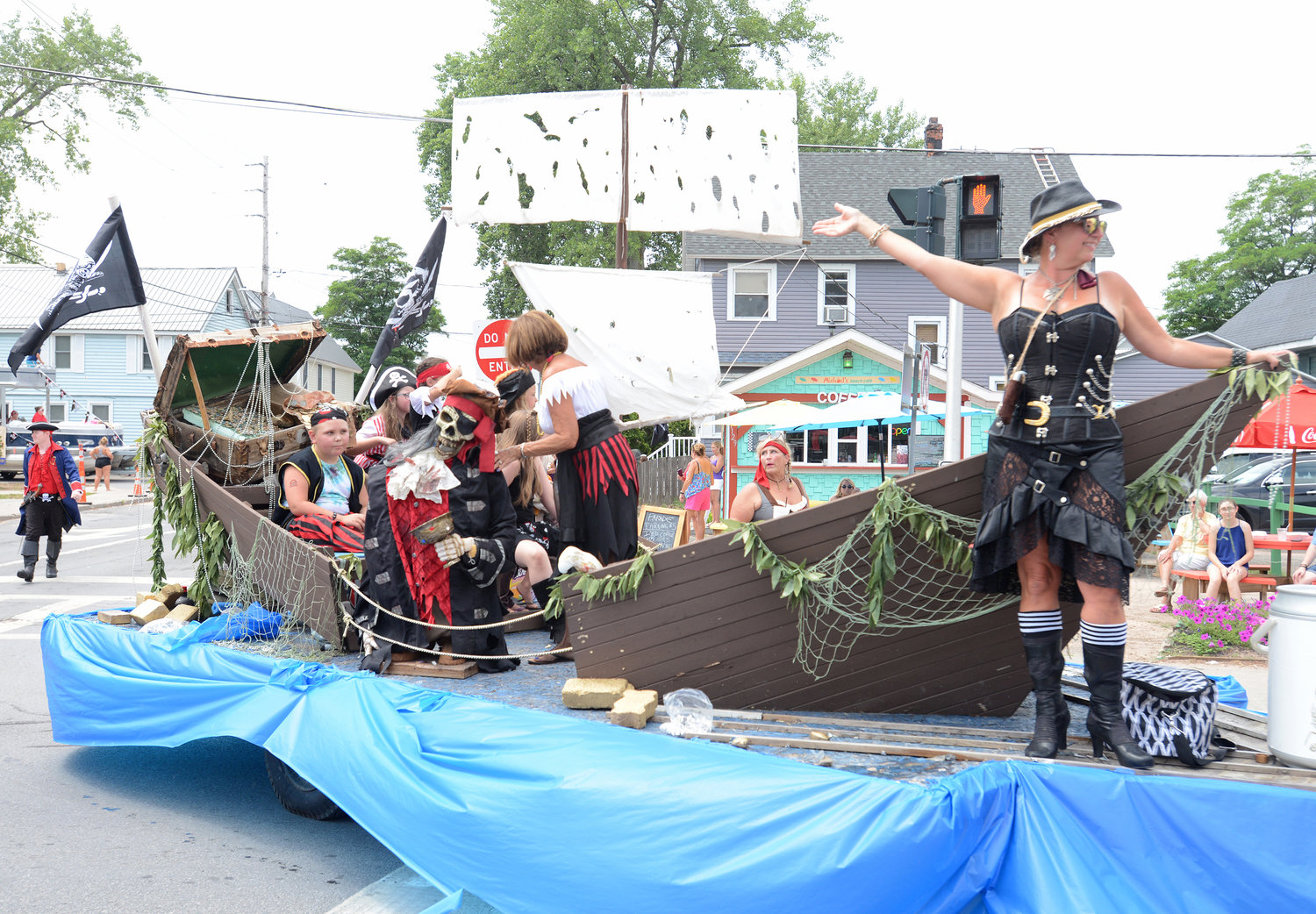 Pirates Weekend at Sylvan Beach is here, kicking off with the pirate's invasion today at 5:45 p.m. From 6 p.m. onwards, there will be various entertainment venues at local businesses throughout the Beach, including the classic car show near the grassy area of the Beach. The 8th annual parade starts at 1 p.m. on Saturday, July 16.
(Sentinel photo by John Clifford)
Posted Thursday, July 14, 2022 4:10 pm
Charles Pritchard
Staff writer
email / twitter

SYLVAN BEACH — The pirates are invading Sylvan Beach today, and it’s a welcome sight for all looking for a fun weekend.

New to Pirates Weekend at Sylvan Beach is its committee chair, Emaj Smith, a Sylvan Beach local who moved around five years ago from Albany. Smith said he moved to be a part of his father’s company, Beachfront Property Management. Since then, he’s become an advocate for Sylvan Beach and has been doing anything and everything to promote it online and on social media.

“I became the committee chair through my Facebook pages: ‘Everything Sylvan Beach, NY’ and ‘Sylvan Beach & Oneida Lake.’ It all started as something to provide my customers with something to find out as much about the beach as possible — kind of like a guide,” Smith said. “Through all the work I put into the pages, promoting community events and businesses, the Pirates Weekend Committee took notice.”

Smith admitted he’s never been a committee chair before, but he’s getting help from longtime veterans of Pirates Weekend.

“(Andy) Brown and Donald Vandresar, the two co-chairs, have been instrumental,” Smith said. “We couldn’t do it without them — they’ve done this for so many years. I’ve got big shoes to fill, but I’m getting help.”

So far, it’s been a relatively smooth transition for Smith, and he hasn’t faced any serious hurdles.

For Smith, Pirate’s Weekend is one of the most important events in the Sylvan Beach community.

“And this year is an exciting year for Pirates Weekend,” Smith said. “We’re coming out of the COVID-19 era, and everyone is excited to get back to community events, like the recent Boilermaker. And just like Pirates Weekend, the people have been missing it and have wanted it back.”

Last year’s Pirate’s Weekend came after a year of lockdowns and social distancing that cut into numbers. As the pandemic starts to fall into memory and people return to normalcy, Smith feels there will be more participation this year.

“The general feel of the community is that people are thankful and welcoming of Pirates Weekend, ready to see the community thrive as it was before and even during COVID-19,” Smith said. “We’ve all stuck together and made sure we all stayed in business and made sure this beautiful place we call home survives.”

One new change to Pirates Weekend this year is the parade, at the suggestion of Fire Chief Rick Johnson.

“We’re running the parade in reverse this year,” Smith said. Instead of starting in the village parking lot near the amusement area, it’s starting at the village hall on Harbor View Road. “Rick said he was attending the Camden parade and felt when the parade was over, it was still happening. People didn’t really go anywhere. And he felt our parade needed that touch. So instead of starting in the public area, (Johnson suggested we) run it in reverse so it funnels all the parade attendees into a large area where they can see the floats and interact with some of the actors or cars. The committee thought this was a brilliant idea.”

Smith said the committee would be informing those along the parade route who will be affected when roads will be closed and what to expect.

Sylvan Beach asks any attendees to abide by the no open container policy as they are offering a friendlier, family-oriented environment. Open container tickets will be issued for fines of $250.