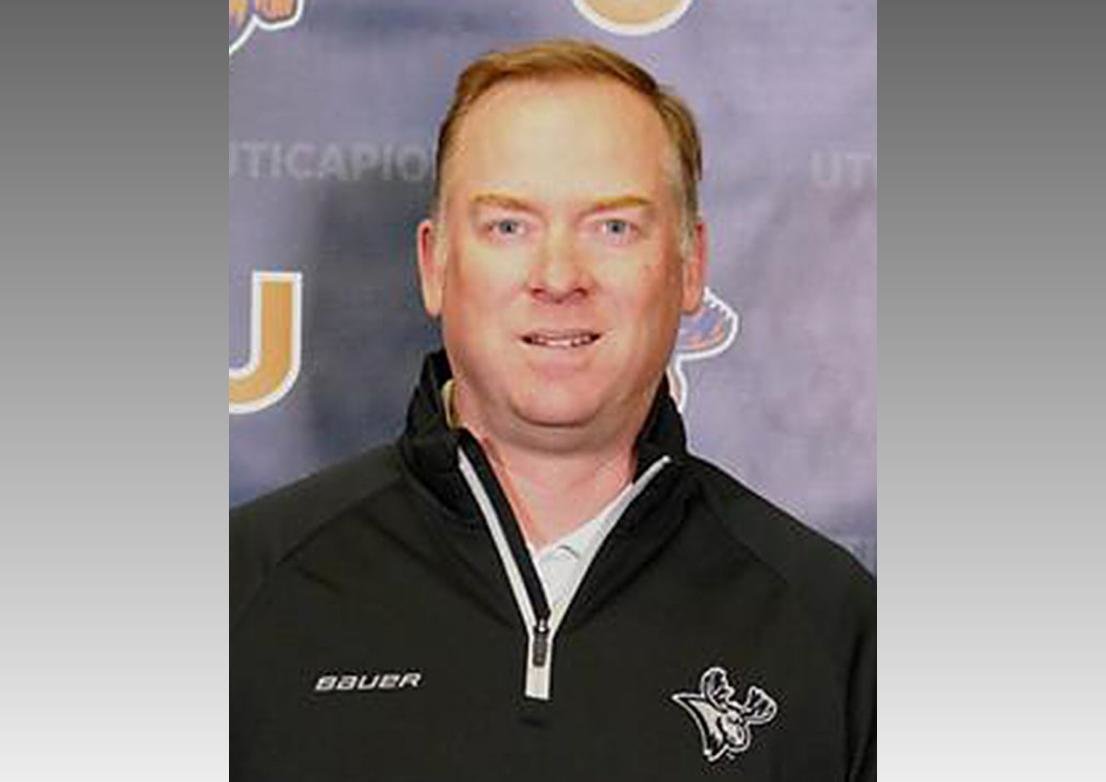 Utica University assistant coach Brendon Knight led the U.S. women’s ice hockey team to a 2-3 finish in the FISU World University Games in Lake Placid this week. This was despite having only a month to build a roster from scratch and three hours of team practice before the event.

Knight, 45, is from Montreal, Quebec, Canada, and went to SUNY Potsdam. He now lives in Lee Center. He joined the the Division III Pioneers this season as an assistant coach on longtime coach Dave Clausen’s staff. Before that he was part of the Syracuse University coaching staff since the 2012-13 season. Previously he was an assistant coach on the Clinton-based Hamilton College men’s team in 2005-06 before becoming head coach of the school’s women’s hockey team from 2006 to 2012.

Knight got a call in late October about the Team USA opportunity. “I was really intrigued about it. I didn’t really know much about the event.” It is, he noted, big in Europe, considered there to be the second biggest amateur hockey tournament behind the Olympics. He said he was interested in a chance to lead the team at a tournament in Lake Placid. “Representing the U.S. in an international tournament was pretty exciting.”

But he didn’t have much to start with. He took over a team with no roster and five weeks to get one, “which was almost an impossible task.” The U.S. had previously competed in this tournament with players from college club teams, with limited success, Knight noted. The initial plan was to recruit a team of Division III all-stars. The end result was a team that included three current Division III players and five who’d recently graduated from programs at that level. There was also a mix of players and recent graduates from Division I programs.

Every player for the U.S. was playing in their first international tournament. The team had three one-hour practices together to prepare, Knight noted. “I wish we had one more week, to be honest. We were getting better.” The players who were rusty from not playing since graduation were getting adjusted to game speed again, he said. “That was clearly a disadvantage for us. But at the end of the day we had a good enough group that we could have gotten to the semifinals. Unfortunately it just didn’t happen.”

Team USA went into the event as perhaps the second best team, with a dominant Team Canada favored to win it, Knight said. But, in a round robin qualifying format, the U.S. went 2-3 against the other five teams and failed to make it to the semifinals. It had wins against the Czech Republic and Great Britain but lost to Japan and Slovakia. The last game was against Canada on Wednesday, and Knight’s team needed a win. Instead it lost 2-1 and was out of competition.

The team opened with a 3-1 loss to Japan and later suffered a tough 6-5 loss to Slovakia. That meant three losses by a combined four goals. “We definitely didn’t get bounces, especially the Slovakia game. When you score five goals you should win the game.”

Despite not qualifying for the semifinals, “It’s a fantastic event,” Knight said. “The other countries take it extremely serious,” with European teams sending their best players.

“I enjoyed it,” he said. Though the hockey was played in Potsdam rather than Lake Placid, the players got to be in Lake Placid for opening ceremonies. “It was phenominal,” with close to 50 countries involved. “For our athletes and our players it was a pretty special environment to be in,” including being able to spend an off day in Lake Placid and see the site of the 1980 Winter Olympics, including the rink that was the site of the Miracle on Ice. Knight also noted that “our games were very well attended,” with Wednesday’s showdown against Canada sold out.

Knight said the experience showed him what the future of FISU competition could be for this team. “I think that’s why we’re so frustrated as a group. With all the factors going in … There’s no doubt in my mind if this is done the right way, the U.S. could come away with the gold medal.” Now there’s two years to prepare for the next one, and the U.S. can start now and be a favorite, he added.

“The experience putting the team together in a short time frame and being in that sort of tournament environment (compared to a prolonged college season) taught me you had to prioritize some aspects of the team,” Knight said. He had to introduce simple systems knowing there would not be time to refine more complex strategies. “I had a great staff too, and if you don’t have a great staff you’re going to struggle.” If he continues as the team’s coach, “I’d be a lot more prepared,” knowing what to prioritize, how to prepare and how to get everyone in game shape.

Asked if he’d like to remain the coach of the team, Knight said: “Yes, I’d entertain it if USA Hockey was involved and we had a lot more lead time to pick a team. We were kind of put in a no-win situation, to be honest, with only four to five weeks to put a team together.” The country’s men’s team had immediate buy-in from Division III coaches and that team advanced to the semifinals in the 12-team tournament, he added. The Americans play Japan at 9:35 this morning. The bronze and gold medal games will be Sunday.

On the college level, Knight said “I don’t know what my coaching aspirations are now. I have two young daughters at home. The time commitment for coaching at Division I is very high,” including recruitment travel. He said he’s been re-prioritizing in life and coaching so he’s unsure if he’ll seek a head coaching job at that level in the future.