Dino Babers and P.J. Fleck got to know each other as up-and-coming head coaches in the Mid-American Conference. 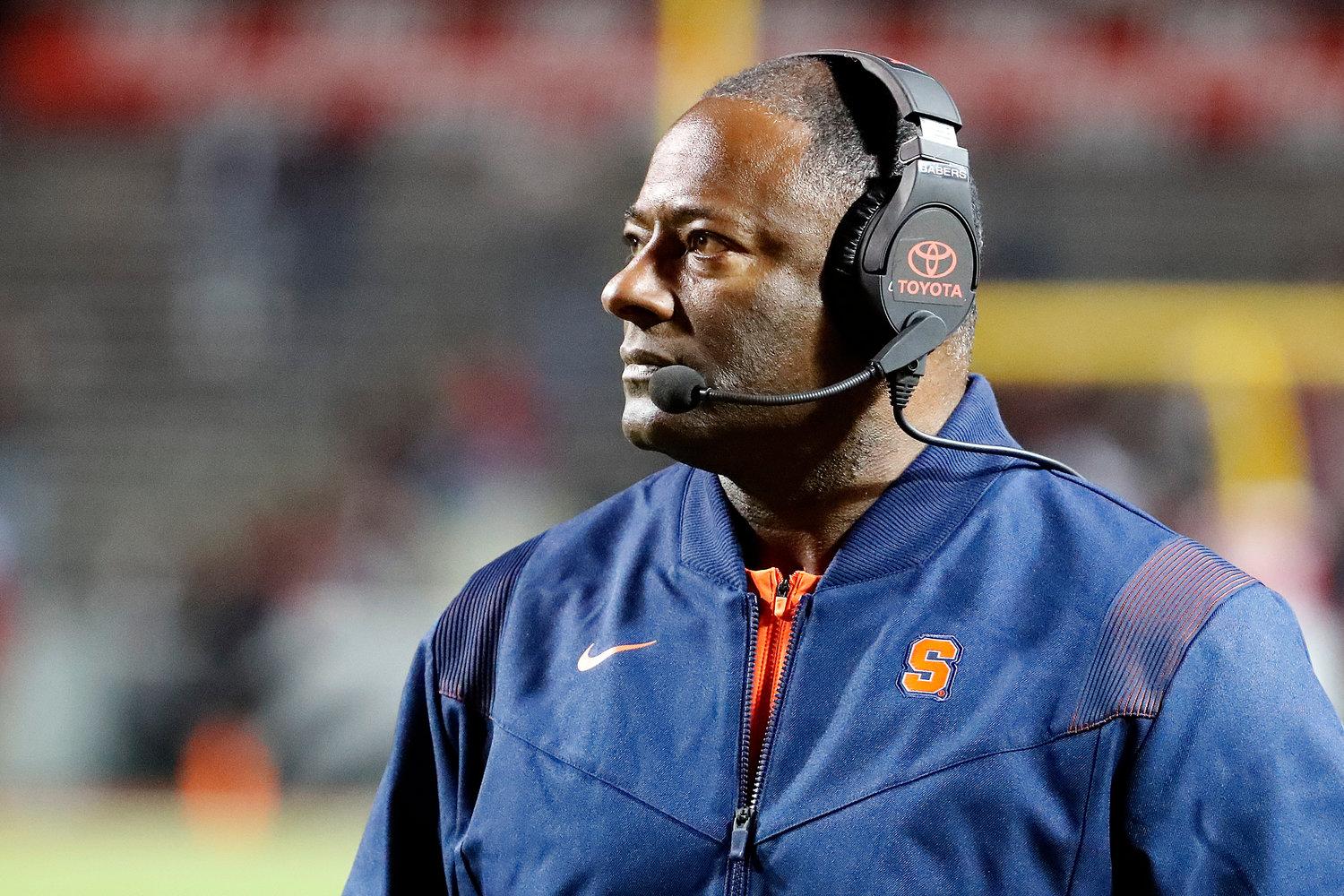 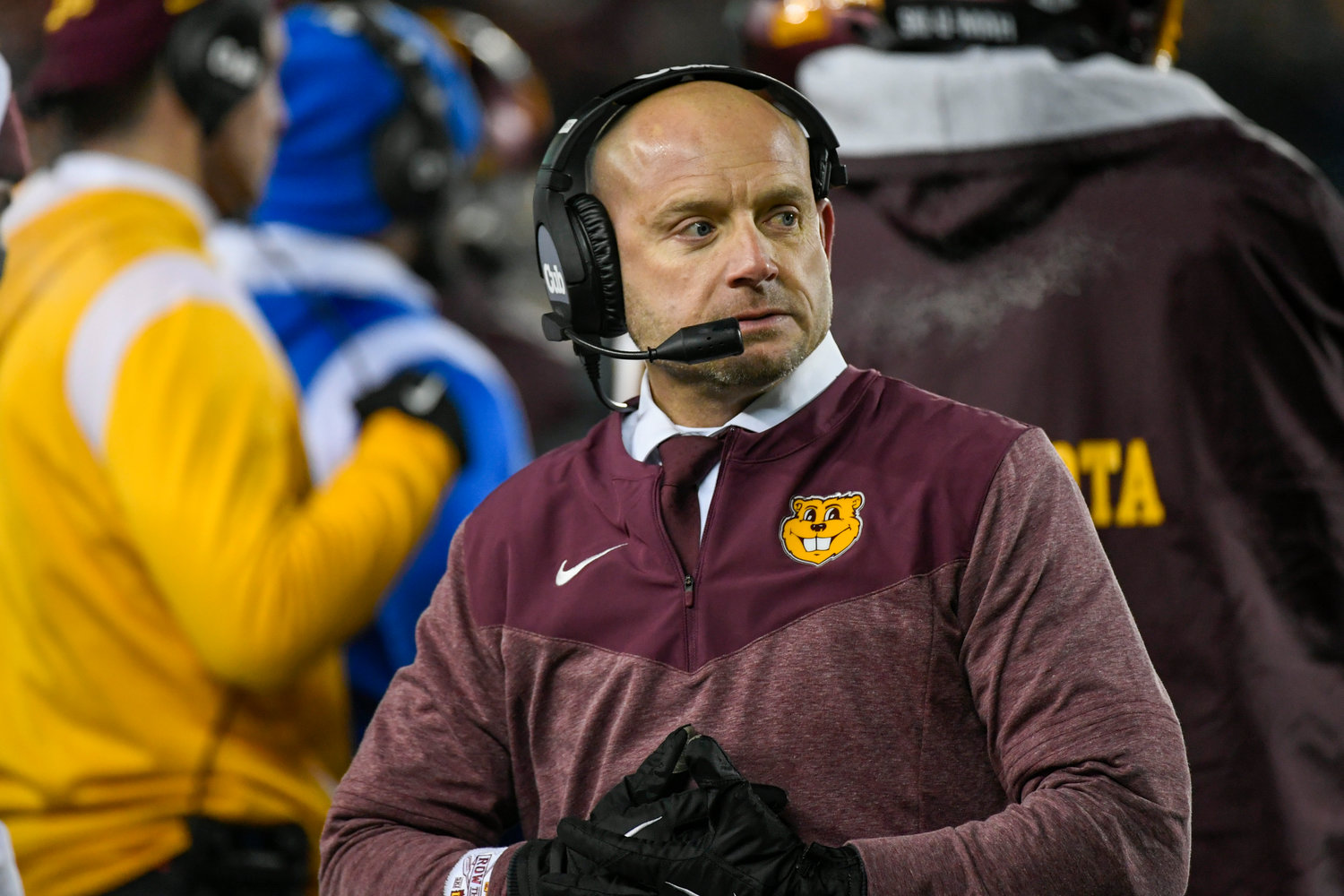 Dino Babers and P.J. Fleck got to know each other as up-and-coming head coaches in the Mid-American Conference, splitting their matchups in 2014 and 2015 before Babers left Bowling Green for Syracuse and Fleck departed Western Michigan for Minnesota.

Their encounters have always been friendly. Amusingly, they haven’t stopped.

“I bump into P.J. more having dinner than any other coach in college football. I can take these private vacations, and all of a sudden nobody knows who you are. You’re in this restaurant. Nobody knows. It’s great. You’re just a normal person. You look over and you go, ‘P.J.’s here,” Babers said. “It’s been spooky how many times it’s happened.”

They usually just wind up joining each other and having an even better time than they imagined.

“Dino, he has this infectious personality. He can talk about anything, anytime, anywhere,” Fleck said. “He is a special human being.”

Up next: Yankee Stadium.

Minnesota (8-4) plays Syracuse (7-5) in the 12th edition of the Pinstripe Bowl this afternoon at 2 on ESPN, giving Babers and Fleck yet another opportunity to connect — and highlighting another tie between them.

The athletic director who hired both of them was Mark Coyle.

“He has a fantastic discernment when it comes to first judgment in hiring good coaches,” Babers said, wryly.

Coyle picked Babers for Syracuse prior to the 2016 season. After leaving for Minnesota, he hired Fleck a year later.

“They’re even better people behind the scenes. They’re wonderful men with great, great character. I think there’s a reason why you see why they’re having so much success,” Coyle said.

HOW THEY GOT HERE

Minnesota has won five straight bowl games, three under Fleck, for the second-longest active streak behind Alabama. Syracuse made a bowl game for the first time in four years. Both teams were on track at midseason for bowls higher up the ladder.

Minnesota was ultimately denied a first trip to the Big Ten championship game by a home loss to Purdue.

The Gophers beat rival Wisconsin to tie for second place in the West Division.

Syracuse was 6-0 and ranked 14th in the Associated Press Top 25 before a five-game losing streak that included No. 10 Clemson, No. 13 Florida State and No. 19 Notre Dame. The Orange rallied to beat Boston College and tie for third in the ACC Atlantic Division.

Only a handful of Gophers players have ever been to New York City, making the Pinstripe Bowl an intriguing alternative to a warmer-weather game.

“Some just show you, ‘Hey, here’s the beach. Have a good time. See you in five days,’” said Fleck, who was an assistant on the 2011 Rutgers team that played in the Pinstripe Bowl. “This is something that’s really in-depth.”

Linebacker Mariano Sori-Marin, the team’s resident foodie, was waking early to snag restaurant reservations when the seven-day windows opened. Group outings on the itinerary included a show at Radio City Hall, a New York Rangers game at Madison Square Garden and the 9/11 Memorial.

“He’s meant everything to the program, everything to me,” offensive coordinator Kirk Ciarrocca said. “He’s the best back I’ve ever coached and been around.”

Syracuse linebacker Marlowe Wax, the team leader in tackles and tackles for loss, played against the fellow Baltimore native Ibrahim in high school.

“He has a different type of vision. He sees different holes, cutbacks,” Wax said. “We know he can break one any time.”

Quarterbacks coach Jason Beck was promoted to direct the offense. Defensive backs coach Nick Monroe was made the interim replacement on defense before Rocky Long takes over for 2023. Monroe is a Minnesota native.

“All my people back in the Twin Cities are rocking Syracuse gear,” Monroe said.

Orange running back Sean Tucker, the program’s third-leading rusher of all time, and left tackle Matthew Bergeron opted out of the Pinstripe Bowl to start preparation for the NFL draft.

The Gophers have 16 players who’ve been in the program for five or more years, a core group led by Ibrahim, quarterback Tanner Morgan and All-American center John Michael Schmitz that was initially recruited by Fleck at Western Michigan and followed him to Minnesota in his first freshman class in 2017.

Morgan’s season was twice interrupted by a concussion. He last played on Nov. 5 at Nebraska, and freshman Athan Kaliakmanis took over from there. Fleck declined to reveal whether Morgan would play in his final college game.