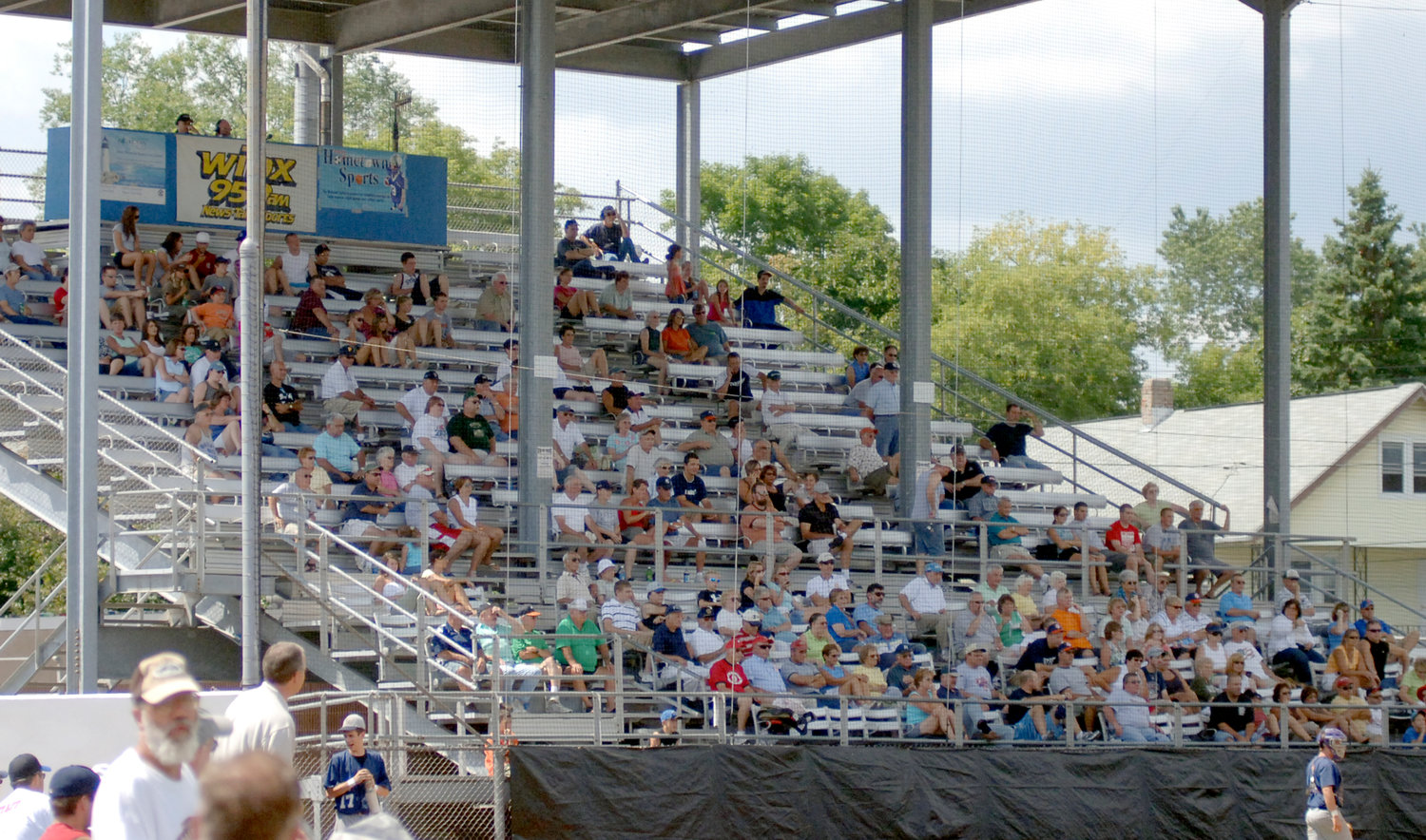 AN OFFER TO TORONTO — The crowd in the grandstand at Murnane Field watches baseball in this file photo. Oneida County Executive Anthony J. Picente Jr. has proposed to the Toronto Blue Jays that if they can’t play home games in Canada again this season that they stay in Buffalo like they did last year and the Buffalo Bisons could play their Triple-A games at the field in Utica.
(Sentinel file photo by John Clifford)
Posted Saturday, February 27, 2021 12:10 pm

The team’s parent club, the Toronto Blue Jays, played home games in Buffalo for the entire 2020 season because of COVID-19 issues with teams crossing the U.S.-Canadian border at the time. The team still has no long-term plan for where to play this coming season, and with minor league baseball back in action this year, the Blue Jays and their minor league affiliate sharing the stadium in Buffalo might be too complicated a task.

Toronto issued a statement earlier this month. “Like all Canadians, we had hoped to see improvements in the public health outlook as we neared the baseball season. With the ongoing Canada-US border closure, the Blue Jays have made the difficult decision to play the first two homestands of the 2021 regular season (through May 2) at TD Ballpark in Dunedin, Fla., with the hopes of a return to play at Rogers Centre as soon as possible.”

Picente offered another option: have the Blue Jays play in Buffalo for another season and shift the Bisons to Utica. “We want to extend an offer of a homecoming of sorts in Oneida County, as a temporary host for the Triple-A Buffalo Bisons,” he wrote in a letter on Feb. 23 to Blue Jays President Mark Shapiro. He noted in the letter that the Utica Blue Sox were once a New York-Penn League affiliate of the franchise.

The stadium in Utica, Picente noted, is “in excellent condition and could support over 3,000 fans. Our club house facilities, lighting and parking have all been improved. Most importantly, we have a community that would enthusiastically support a reunion with the Toronto Blue Jays.”

When Toronto played in Buffalo last year, all of the minor leagues were suspended due to COVID, so the team didn’t have to share the stadium. This season, the Bisons are back in action so having both teams playing home games there would be difficult, if not impossible.