Work continues on the North West Rome Water Expansion, with the city in Phase III of the construction project. 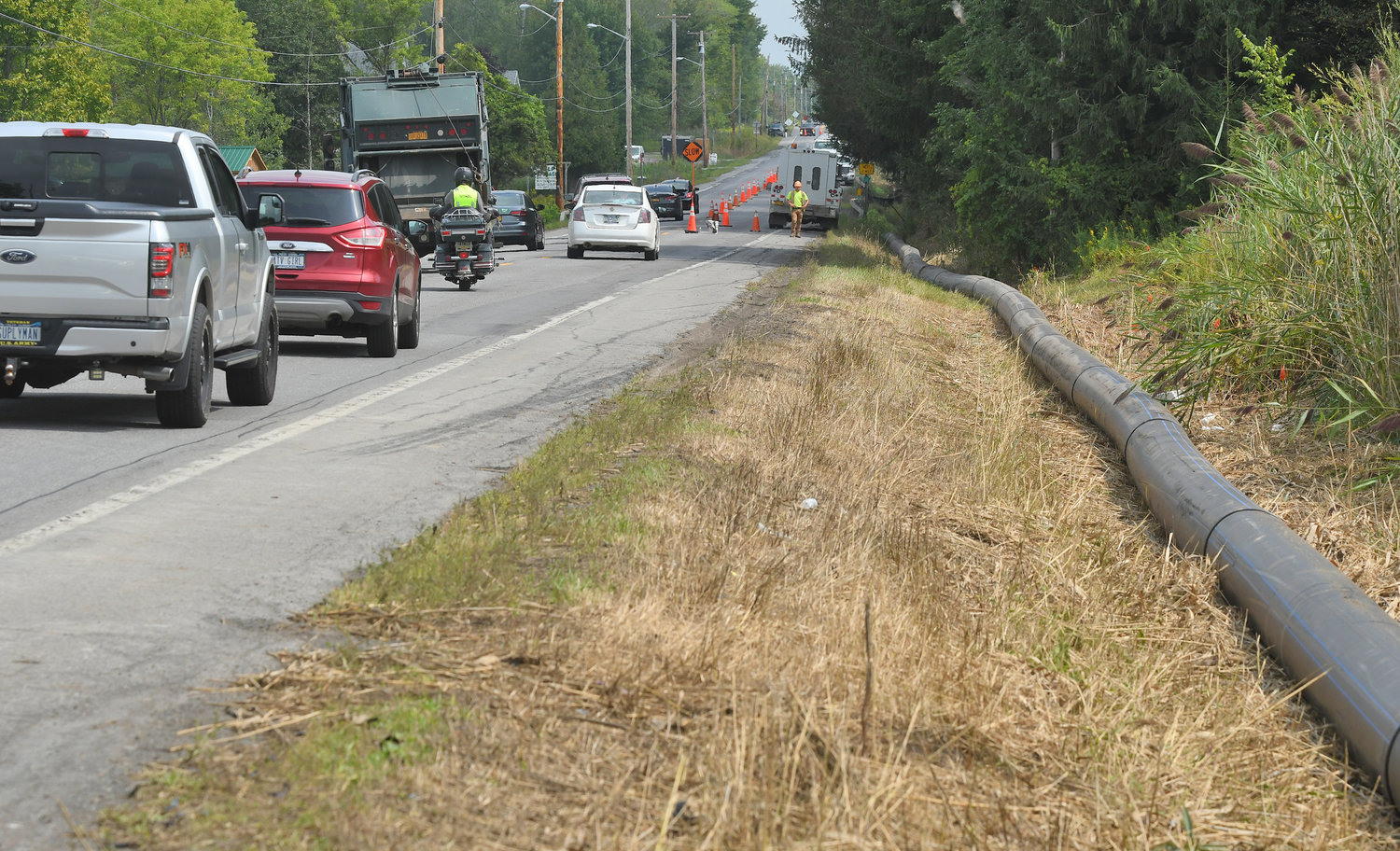 ROME — Work continues on the North West Rome Water Expansion, with the city in Phase III of the construction project.

Highlander Construction, of Memphis, New York, was awarded Phase III of the project, with crews having worked on several jobs within the city, including Phase I and II of the water expansion.

Back in May, members of the Rome Common Council had said the start date of the project was in question because of “supply chain issues” due to the COVID-19 pandemic, which resulted in an extension in the period taken to ask for and finalize bids on the project.

However, city Department of Public Works Commissioner Butch J. Conover said some 16-inch water main piping has been delivered and can be seen awaiting installation at the former Erie Canal Village. Phase III will therefore begin this year, he said.

Meanwhile, the water line extending from West Thomas Street, all the way down to Sleepy Hollow Road, is activated, but any fire hydrants along that route are not yet online. That’s because a pump station is needed in order to have fire protection in the area, which will be activated once Phase III is completed, Conover said.

Also delaying Phase III of the project was the need for easements, and requesting property owners for access to their properties.

As part of Phase III, a water line will run from behind the Runnings store at 5949 Rome-Taberg Road, along routes Route 46 and 49, up to the Verona town line.

“It will be two years before this project is completed, so those residents won’t notice a change in their water pressure until it’s completed,” said Conover, adding that some construction will not be able to continue during the winter months. “The water tank is also part of Phase III, and we had to extend the road out” in order to build it “because the area is land-locked. Its base is concrete, so they probably won’t start that until the spring.”

The pump station will be installed off Turin Road, near Lorena Road. And in addition to the tank and pump station that are part of Phase III, “all the water mains will need to be installed — at least 8 miles of 16- and 12-inch pipes, plus the right-of-ways and easements,” said Conover.

Originally, Conover said Highlander was notified by the pipe manufacturer that they “wouldn’t see any piping until October,” but piping actually started to be delivered last month, which can be seen at the former Erie Canal Village.

In May, Ordinance 9520, which was unanimously approved by the City Council, authorized the issuance of additional serial bonds to pay for the cost of improvements to the city’s water supply and distribution system, otherwise known as the North West Rome Water Expansion Project.

It authorized the issuance of bonds for $8.5 million, $8.9 million, $8.6 million and $11.24 million for financing of the new maximized cost of the $37,235,000 water project, constituting an increase of $11.24 million compared to the original estimate. Councilors said the $11.24 million increase was due to the supply chain issues and continued increase in the cost of supplies and construction, as well as services, including help with grant applications and financing.

“I’m as frustrated as the residents about how long the project has taken, but much of that has to do with supply chain issues,” said Fifth Ward Councilor Frank R. Anderson. “We need everyone to have access to Rome water and, currently, that doesn’t exist.”

Last month, Anderson said the Common Council had approved legislation for the purchase of property where the water tank would be constructed.

“The tank will be installed at the end of this year, but some piping won’t be until next year,” he said.