A powerful lawmaker has called allegations that Gov. Kathy Hochul’s campaign improperly benefited from a sweetheart deal with a state vendor “alarming.” 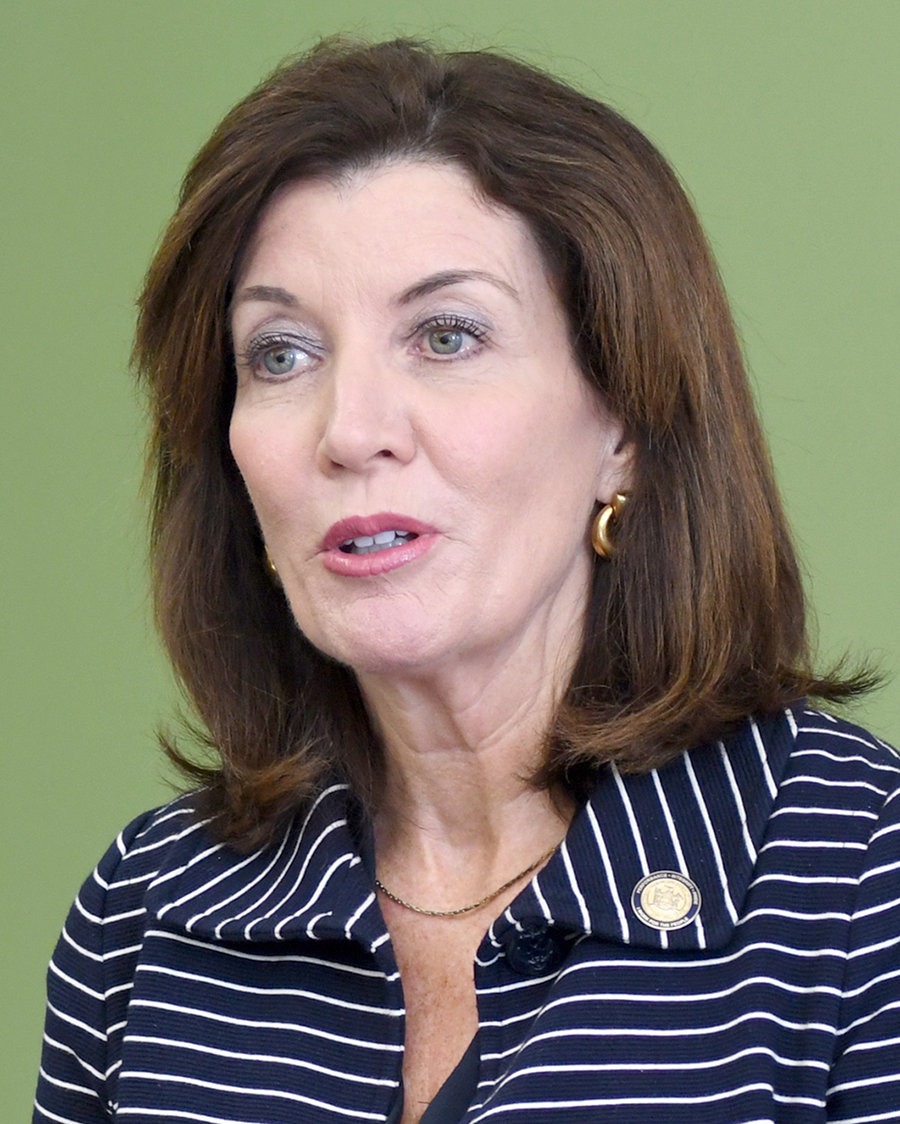 ALBANY — A powerful lawmaker on Tuesday called allegations that Gov. Kathy Hochul’s campaign improperly benefited from a sweetheart deal with a state vendor “alarming,” but said the Senate Investigations does not probe charges of criminality.

Sen. James Skoufis, D-Orange County, has been under pressure from GOP lawmakers to use the Investigations Committee’s subpoena power to conduct an investigation into the state’s decision to pay $637 million to a New Jersey-based vendor, Digital Gadgets, for approximately 52 million COVID-19 rapid antigen testing kits.

The contracts with Digital Gadgets were approved by state officials without competitive bidding at a time when Hochul had granted herself special emergency powers to manage the pandemic. Those emergency powers allowed contracts to be finalized by the Hochul administration without review by the state comptroller’s office.

Hochul’s campaign in recent months has received some $330,000 in donations from the owner of Digital Gadgets, Charles Tebele, and others associated with the company, according to published reports.

The state contracts with Digital Gadgets were first spotlighted by the Albany Times Union newspaper.

Said Skoufis: “The reports I have read in the Times Union and elsewhere are alarming, and there’s no question about it.”

But he said the Investigations Committee is set up to examine “legislative issues and tries to develop legislative solutions.

“But we don’t determine criminality, and pay-to-play is a criminal accusation,” Skoufis added. He said Sen. Thomas O’Mara, R-Big Flats, who has been urging the Democrats to use subpoenas to probe the contracts, misunderstands the parameters in which the committee must operate.

“This is just typical political grandstanding,” Skoufis said of the Republican demands for a Senate investigation. He said the proper venue for such a probe would be the state attorney general or local district attorneys.

The Hochul administration denies wrongdoing with the Digital Gadgets deal. The pay-to-play allegations are swirling at a time when Hochul and GOP rival Lee Zeldin, a Long Island congressman, are facing each other in a gubernatorial election to be decided Nov. 8.

A spokeswoman for the governor, Hazel Crampton-Hays, said in a statement: “Governor Hochul did not oversee the procurement process and was not involved in the day-to-day procurement decisions. She simply instructed her team to purchase as many available tests as possible to meet the tremendous need across the state, and they did exactly that to keep New Yorkers safe.”

O’Mara, Republican ranking member of the Investigations Committee, said a probe by the Senate is warranted given the circumstances. “I think this pay to play aspect of it may not be outright bribery; but it certainly has aspects that should be reviewed.”

O’Mara also added: “I’m not going to hold my breath waiting for an investigation. One of the problems with one-party rule in Albany is that the Legislature, being the same party as the governor, is totally absent in the area of oversight and checks and balances on the other branches of government.”

Tebele, said O’Mara, hosted a fundraiser for Hochul a week before the state approved the contract with his company. Citing newspaper reports, the senator said Hochul avoided the standard bidding process and oversight by the Office of the Comptroller by declaring the statewide emergency

Because the Democrats hold large majorities in both the Senate and Assembly, committees are run by Democrats, and for the Senate Investigations Committee to launch an investigation, Skoufis, as chairman, would have a significant say in any decision.

Skoufis did say that he plans to work with the Senate Procurement Committee to look at issues involving state contractors with campaign contributors.

The Hochul administration’s approval of the contracts with Digital Gadgets also raised questions because the state ended up paying far more for the COVID tests than the state of California, noted Bill Hammond, a researcher with Empire Center for Public Policy.

Hammond suggested the controversy over the $637 million in payments to Digital Gadgets could be a “first test case” to determine whether a newly-appointed government oversight panel, the Commission on Ethics and Lobbying in Government, can be effective in policing the executive branch of state government.

“This is exactly the kind of thing this commission should be looking at,” Hammond said.

He noted the company that scored the contracts and those in control of the firm did not have a history of making political donations in New York until the past year.

The state, he said, ended up acquiring far more test kits from Digital Gadgets than it had distributed. “When you add up all the details, it’s hard to explain away,” he said.

State officials noted when the Omicron infection surged in December 2021 they moved to boost in-home testing capacity to ensure schools could reopen and nursing homes could operate safely.

“The supply of tests available at that time — and at lower price points — were not adequate to meet the demand,” state Health Department spokesman Cort Ruddy said.

“The state worked to provide the best cost for New Yorkers while also accounting for supply availability and delivery schedule needs,” he added.

The more than $330,000 in donations from Charles Tebele and his wife, Nancy, include payments to the campaigns of Hochul, Lt. Gov. Antonio Delgado and former Lt. Gov. Brian Benjamin, who vacated the office earlier this year following his arrest in an unrelated campaign corruption scandal, according to state campaign finance records.

O’Mara argued a state Senate investigation should include an examination of the Hochul campaign’s decision to hire the son of the Tebeles, James Tebele, as a paid campaign aide. The son has been identified as an enrolled college student.

In May, James Tebele shared a tweet indicating the Hochul campaign had taken in a total of $31.7 million in donations.

The Times Union has reported the state paid the $637 million to Digital Gadgets in 239 payments from December 30 though March 25.